Researchers believe the vessel is the Caroline Eddy, a ship built during the Civil War and wrecked in 1880. “It was a sea like a mountain,” its captain recounted at the time. 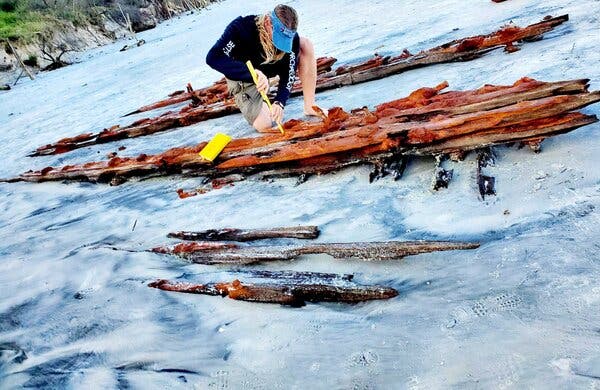 ST. AUGUSTINE, FLA. — Not long after the Caroline Eddy set sail in 1880 from Florida with cargo bound for up the coast, a powerful hurricane nearly tore it apart, casting the crew, clinging to the rigging, adrift for two days before the wreck washed ashore.

Over 140 years later, a man walking along Crescent Beach this month noticed some timber sticking out of the sand after another tropical storm, Eta, battered the beach with days of high waves and powerful winds. Maritime archaeologists believe it may be the bones of the Caroline Eddy, preserved for over a century by a blanket of sand.

“It was sitting here under a sand dune all this time, and all of a sudden there it was thanks to mother nature,” said Chuck Meide, a maritime archaeologist with the Lighthouse Archaeological Maritime Program, based in St. Augustine, Fla.

Since the discovery, Mr. Meide and his team have worked to record and identify the remains, digging small holes in the sand that expose parts of the ship during low tide.

But documenting the ship is a race against time and waves. Two weeks ago, low tide exposed a nearly five-foot view of exposed timbers; the next day a 20-foot section was visible. But the sands have since shifted, covering the ship completely.

With measurements, notes and thousands of photos, his team plans to create a digital three-dimensional model of the ship.

“We’ll never see the wreck all open at the same time here on the beach, but we will on our computer screen,” he said on Tuesday as a small crowd gathered around the roped-off area where the archaeologists were working. Children shrieked and splashed in the waves; someone brought Gatorade and cookies for the team. 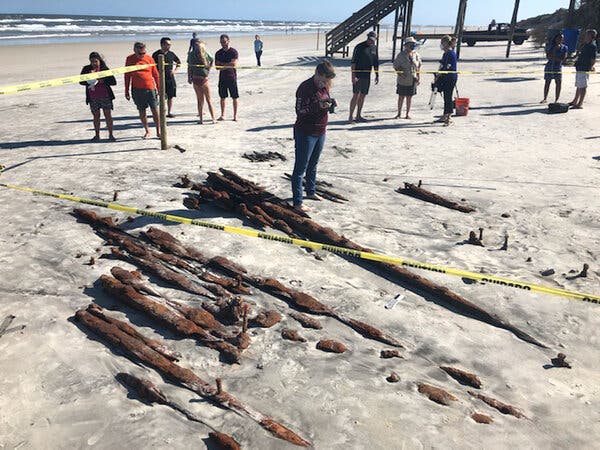 Around 3 p.m., the waves began to lap at the edge of the site, and the team carefully piled back sand over the timbers for protection. If the ship were to be fully excavated, a process that could cost millions, it would crack and crumble within days.

So far, the researchers have found remains of a “very stout, very robust” ship, with timbers measuring in feet and inches, suggesting it was built in the United States, Canada or Britain, he said.

In the hull, the archaeologists have found iron bolts and fasteners, wooden fasteners called treenails and a few bronze spikes used on the ship’s external copper sheeting, which weren’t popular until the 1830s. Its estimated size matches records for the Caroline Eddy.

“It’s built solid enough to be a lumber vessel, has the right fastenings to be a ship from the 1800s and the right timbers for a ship of the 1800s,” Mr. Meide said. “The Caroline Eddy is our prime suspect.”

Records show that the Caroline Eddy was built in 1862 as a supply ship for the U.S. Army during the Civil War, and was later sold to a merchant, Mr. Meide said.

It set sail for either New York or Philadelphia on Aug. 27, 1880, with a crew of Capt. George W. Warren and seven sailors, but ran into a hurricane that filled it with water and ripped off its mast, steering wheel and deck cargo, The New York Times reported.

“The captain was knocked down at the wheel and stunned, and when he came to himself he saw none of the crew about him,” The Times reported. The captain, it continued, “was about to plunge overboard and drown himself just as one of the sailors called out to him from the rigging, where all the others had taken refuge.”

“It was a sea like a mountain,” Captain Warren later told The Memphis Daily Appeal. “It was a pretty big-sized sea, a bigger one than I care to see again.”

The ship was lucky. According to news reports, another ship, the SS City of Vera Cruz, wrecked in the storm and sank near Cape Canaveral, killing nearly 70 people. St. Augustine locals tell tales of bodies washing ashore in fancy clothes and jewelry, Mr. Meide said.

The Caroline Eddy’s buoyant cargo — lumber — was likely “the only thing that saved the ship,” he said.

After hitting a sandbar, the crew constructed a raft to cross the remaining two miles to shore, near the Matanzas Inlet. They sold their cargo in St. Augustine for $425 and the wreck for $110, according to The Times. The archaeologists believe the wood skeleton in the sand is all that’s left, transformed by time into a sand trap in the beach’s dune system.

While some shipwrecks can be definitively identified, usually by items in their cargo, like serial numbers on weapons, it can be more difficult to identify beached wrecks that are stripped of artifacts, Mr. Meide said.

“It’s kind of like this is a crime scene investigation,” he said. “We are piecing together all of these facts that we can identify from all our forensic tests.”

The team will analyze ship registries and send wood samples for an isotope analysis to see whether the timbers came from near Maine, where the Caroline Eddy was built.

The ship’s unexpected discovery was partly possible because of the erosive effects of Hurricane Matthew in 2016 and Hurricane Irma in 2017, which left the coast vulnerable to nor’easters and Tropical Storm Eta, Mr. Meide said.

Only about 15 years ago, the dunes on Crescent Beach were around 12 feet tall, he added. Today, the sand near the wreck is about sea level and submerged at high tide.

Don Resio, a professor of ocean engineering at the University of North Florida, said that several days of waves and wind during Tropical Storm Eta would have provided the best circumstances for “the perfect storm for erosion” near the inlet.

This fall, nor’easters coincided with astronomically high “king” tides, said Katie Nguyen, a meteorologist with the Jacksonville branch of the National Weather Service.

“The result has been several rounds of erosion-causing events along the northeast Florida Atlantic coast,” Ms. Nguyen said.

The erosion along the state’s coast, accelerated by climate change, may mean more archaeological discoveries revealed in the area. St. Augustine alone has a half-dozen shipwrecks offshore, one from 1764, Mr. Meide said.

“There’s a lot of buried history on our beaches and offshore,” he said.

Steve Singer, a diver who has written two books on Florida shipwrecks, said there have been nearly 4,000 documented shipwrecks along the coast, including Spanish galleons, ships from the Civil and Revolutionary Wars and ships attacked by German U-boats.

“They’ve all got a story to tell,” Mr. Singer said. 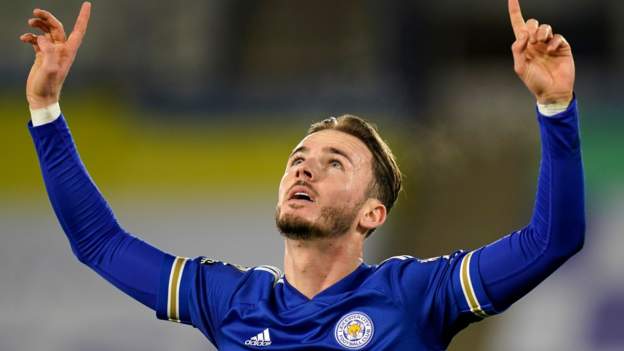 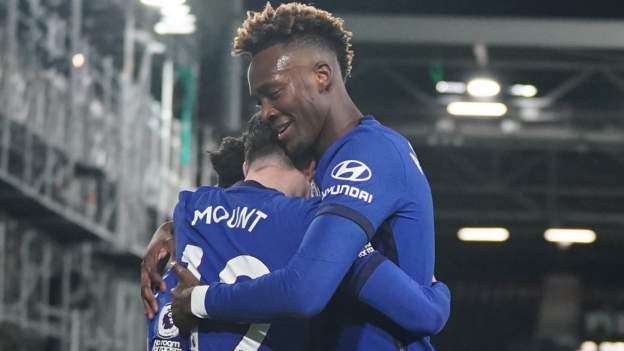 Chelsea made to work for win against 10-man Fulham 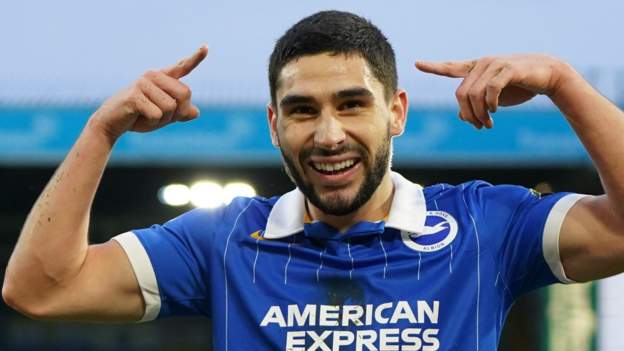