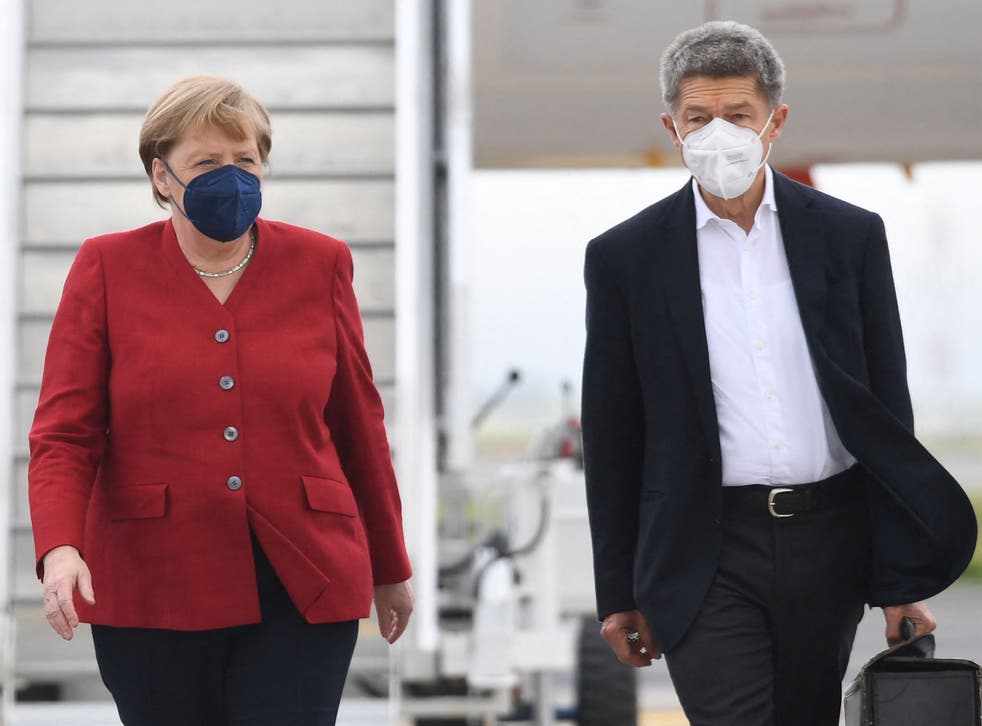 Angela Merkel’s husband has accompanied his wife to Cornwall for this week’s G7 summit, one of the few occasions he has travelled abroad for an international conference.

Joachim Sauer is a celebrated theoretical chemist known to eschew publicity and refuse to give interviews on anything other than his scientific research.

The 72-year-old met his future wife in 1981 when she was a research scientist and married her in a small ceremony on 20 December, 1998.

The couple’s trip to St Ives comes three months before Ms Merkel steps down from the role of chancellor, after holding the position for more than 15 years. During that time, her husband has managed to keep a low profile.

Mr Sauer’s name translates in German as “angry” or “sour” - character traits he has been accused of having by the German media.

During Ms Merkel’s 2005 election campaign, he told one paper: “I have decided not to give interviews and not to hold conversations with journalists who deal with the political activity of my wife rather than my activity as university teacher and researcher.”

He later earned the nickname “Phantom of the Opera” due to his unapproachability and his love of the art form.

Those who know him insist the German media has him wrong, with mountain climber Reinhold Messner telling Stern magazine in 2005 that was “witty”, “profound” and “incredibly funny”.

Aside from his current visit to Cornwall, he made an appearance at the G7 summit in Japan in 2016 alongside the spouses of other world leaders.

On Friday, it was confirmed that his wife will be the first European leader to visit Joe Biden in the White House.

Her successor will be appointed after the German election on 26 September, with polls suggesting that her centre-right Union bloc is currently on track to defeat the Greens.