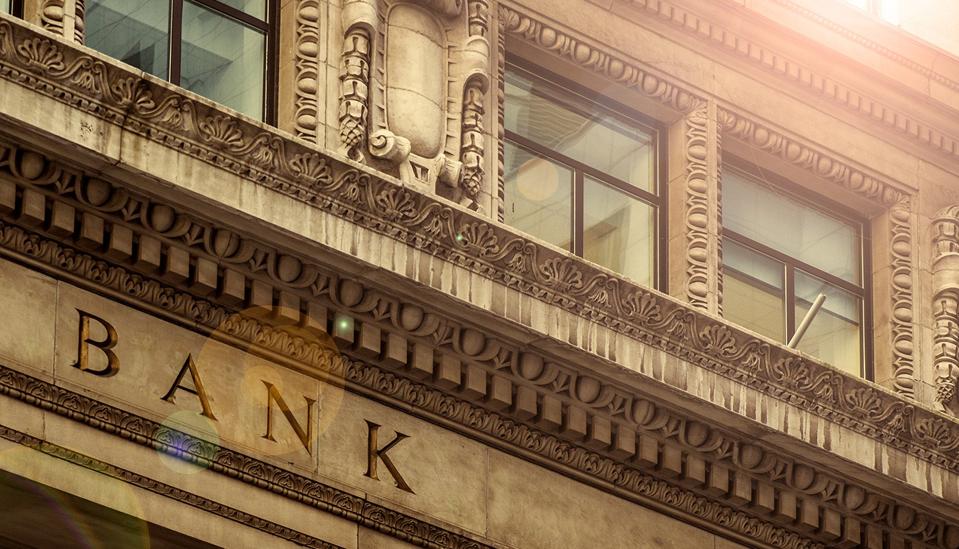 Q4 was likely a tough one for biggest banks, but rising yields might have helped Credit loss reserves in sharp focus ahead of earnings for signs of bank sentiment New administration, Congress in D.C. could have implications for regulatory burden

The headwinds blowing steadily at big banks for almost a year are relenting a little, just in time for earnings season.

As we approach Friday’s Q4 earnings reports from JP Morgan Chase JPM (JPM), Citigroup C (C) and Wells Fargo (WFC WFC ), the lethal combination of ultra-low interest rates, credit worries, a steep economic slowdown and tough government regulations that held bank performance in a tight grip for most of 2020 isn’t entirely gone, but could be loosening.

One sign came last month when the Fed lifted some restrictions on share buybacks for banks, thanks in part to their strong performances in recent stress tests. This reinforced what appears to be the relative health of the industry after last year when big banks had to set aside huge amounts of money to offset possible credit losses.

Some banks responded quickly to the Fed’s announcement by announcing fresh share repurchase programs, helping inject new life into the sagging sector. At the same time, Treasury yields moved higher throughout Q4, possibly helping banks improve their profit margins. Another boost during Q4 was a hot initial public offerings (IPO) market. This can be a profitable business for big investment banks.

What to Watch as Earnings Season Starts

Despite all that, some clouds persist. The Q4 likely continued to drag on bank profits to some extent, partly due to economic shutdowns that appeared to hurt the economy during that period. The more consumer-focused banks could suffer from that more than banks focused on investors and M&A.

That means it would be helpful this earnings season to get a sense of how banks’ commercial loan businesses are doing. Keep an eye on their business lines including credit cards, car loans, mortgage books, loans to industry, and personal loans. It’s important not to look at this as a homogenous pile of loans, but to sort it out and see how different ones are doing to get a sense of how various aspects of the economy are performing.

Another big question heading into Q4 earnings is whether banks can cut back on some of the reserves they’d built for possible credit loss when the pandemic clobbered the economy. Those moves crimped profits through most of 2020.

The overall S&P 500 Financial sector (IXM) is seen suffering a 7.8% year-over-year earnings per share loss in Q4, according to research firm CFRA. That’s an improvement on the firm’s estimate for an overall 2020 Financial sector earnings loss of 22%, so perhaps things are improving. Looking forward, CFRA sees Financial earnings rising 17.8% in Q1. 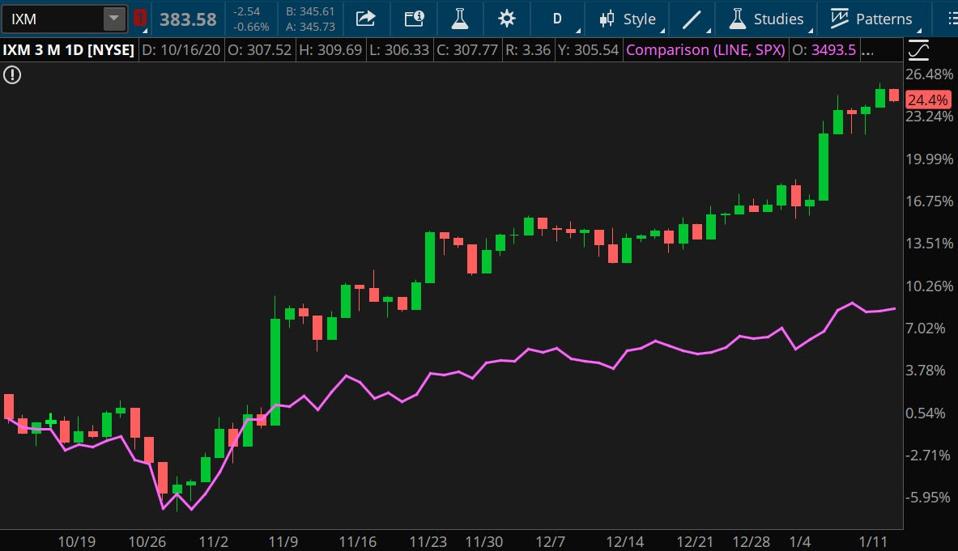 SOLID Q FOR FINANCIALS. Financial stocks (IXM—candlestick) easily outperformed the S&P 500 Index ... [+] (SPX—purple line) over the last three months, or roughly most of Q4. This comes after Financials generally lagged the broader index for most of 2020.

“We think consumer and commercial loan activity along with credit risk should improve in 2021 from the abyss in 2020,” CFRA said in a note. “Yes, bank stocks are cyclical, and we do see all boats rising from the economic recovery. This sub-industry has successfully handled ongoing credit risks due to the Covid-19 impact, and we think the largest banks were fundamentally sound enough to absorb the economic shock from a health care crisis and may have over-reserved for credit loan losses.”

JPM CEO Jamie Dimon is arguably one of the deans of Wall Street, and his words on the Washington transition—if he has thoughts on it—could be helpful for investors as they position themselves for what’s to come. What, if anything, does he worry about as far as potential new regulatory burdens and taxes on the industry?

Other things to listen for include his take on the disappointing December jobs growth number, whether he thinks the Fed is going to be under pressure to pull back its bond-buying monetary stimulus program, and how long he thinks it could take the economy to bounce back once the virus eases.

Another question is whether the slow but steady surge in Treasury yields started to help the company book better profits. By early this week, 10-year yields had bounced above 1.15%, up from historic lows of around 0.5% back in early August. Higher yields typically help profit margin at big banks, and the yield curve (the premium of longer-term yields to shorter-term ones) keeps steepening after going negative at a couple of points the last two years. All this could indicate better times for JPM and other banks.

JPM built a huge cushion of reserves against possible credit losses when the pandemic hit, and now investors are probably going to be curious to see how the company proceeds. Last time it reported, back in October, JPM actually made a slight reduction in loan loss reserves. The company beat Wall Street’s Q3 earnings and revenue estimates amid better than expected trading activity, and the stock began what’s now been a nearly three-month rally—taking shares from under $100 in late October to above $139 by early this week.

Last time out, Dimon noted that the total size of the bank’s reserves for loan losses still rounded to $34 billion, roughly the same as the previous quarter, CNBC reported. In the Q3 earnings release, he cited the need to maintain reserves “given significant economic uncertainty and a broad range of potential outcomes” tied to the pandemic. Investors might want to watch closely for any changes in that language Friday, as well as whether JPM feels there’s less risk of loan default at this point.

When JPMorgan Chase releases results, it is expected to report adjusted EPS of $2.62, a few cents above the prior-year quarter, on revenue of $28.63 billion, according to third-party consensus analyst estimates. Revenue is expected to fall 2% year-over-year.

Options traders have priced in a 2.7% stock move in either direction around the upcoming earnings release, according to the Market Maker Move indicator on the thinkorswim® platform from TD Ameritrade. Implied volatility was at the 16th percentile as of Thursday morning. Looking at the Jan 15 options expiration, calls have seen activity at the 140 strike, while put activity has concentrated at the 125 and 130 strikes.

Consumer in Focus as Citigroup Reports

C benefited from better than expected trading results in Q3, so investors are looking to see if that continued in Q4.

Also, C is often considered a good consumer barometer thanks in part to its hefty credit card business. Whether that’s good or bad this time around depends on the health of the consumer, and Q4 wasn’t particularly strong from an employment perspective.

Weekly new jobless claims have remained stubbornly above 800,000, more than three times the rate people were used to in years before 2020. The economy lost 140,000 jobs in December, according to the Department of Labor. Retail sales for December come out the same day as C’s earnings, providing more insight into consumer habits.

C also has been expanding its investment banking business, and might benefit from a nice pickup in initial public offerings (IPOs) recently, along with some merger and acquisition (M&A) news. Typically, rising IPO and M&A activity are good barometers for an improving economy.

“We saw a record number of IPOs in the third quarter—208—and activity remained strong through the fourth quarter with 168 IPOs recorded,” research firm FactSet wrote in a note last week. “While fourth-quarter activity came in below the breakneck pace of the third quarter, companies raised an astounding $53.8 billion.”

Getting back to the trading floor, the huge Q4 surge in stocks and selloff in bonds probably benefited the banks, because overall activity looked great.

When it comes to net interest income—a key data point for banks—most investors keep their eye on the 10-year/two-year U.S. Treasury yield spread. Not so much for C because its loan book is heavily exposed to Europe. That means the 10/2 bund spread is more of a factor.

Citigroup is expected to report adjusted EPS of $1.34 vs. $2.15 in the prior-year quarter, on revenue of $16.7 billion, according to third-party consensus analyst estimates. Revenue is expected to fall 9.1% year-over-year.

Options traders have priced in a 2.6% stock move in either direction around the coming earnings release, according to the Market Maker Move indicator. Implied volatility was at the 17th percentile as of this morning.

Put options have seen activity at the 60 and 65 strikes, but the highest concentration has been to the upside, particularly at the 70 strike.

After Rates Kicked WFC in Q3, What Looms for Q4?

WFC was the one bank whose results disappointed Wall Street on the first day of Q3 earnings season. At the time, WFC’s leadership attributed their weak quarter partially to historically low interest rates. The company suffered a big net interest income drop in Q3 from a year earlier.

Rates remain very low today, but definitely improved over the course of Q4. The question is whether WFC can find enough other stuff to get its head above water.

WFC has the biggest mortgage origination business of any of the three banks we’re talking about here. As we’ve noted in the past, WFC’s CFO has called mortgage lending the “core” of the company’s business.

The National Association of Realtors said last month it expected U.S. home purchases would reach 5.52 million in 2020, the highest annual mark since 2006, with the median home price setting a record high of $293,000. The housing market also looks like it could continue to be sizzling going forward thanks in part to low inventories that might stir homebuilding and keep prices rising.

All this would probably be good news for WFC, and a key thing to listen for on their call is how leadership sees this aspect of the economy evolving in 2021.

Like other banks, it’s important to check and see how WFC is preparing for possible credit losses and whether it’s ready to start removing some of the reserves it set aside for this.

Wells Fargo is expected to report adjusted earnings of $0.59, vs. $0.60 in the prior-year quarter, on revenue of $18.1 billion, according to third-party consensus analyst estimates. Revenue is expected to be down 8.9% year-over-year.

Options traders have priced in a 4.1% stock move in either direction around the coming earnings release, according to the Market Maker Move indicator. Implied volatility was at the 24th percentile as of Thursday morning.

Looking at the Jan 15 expiration, put options have been most active at the 30 and 32.5 strikes, but the highest concentration overall has been at the 35 call strike.

TD Ameritrade® commentary for educational purposes only. Member SIPC. Options involve risks and are not suitable for all investors. Please read Characteristics and Risks of Standardized Options. 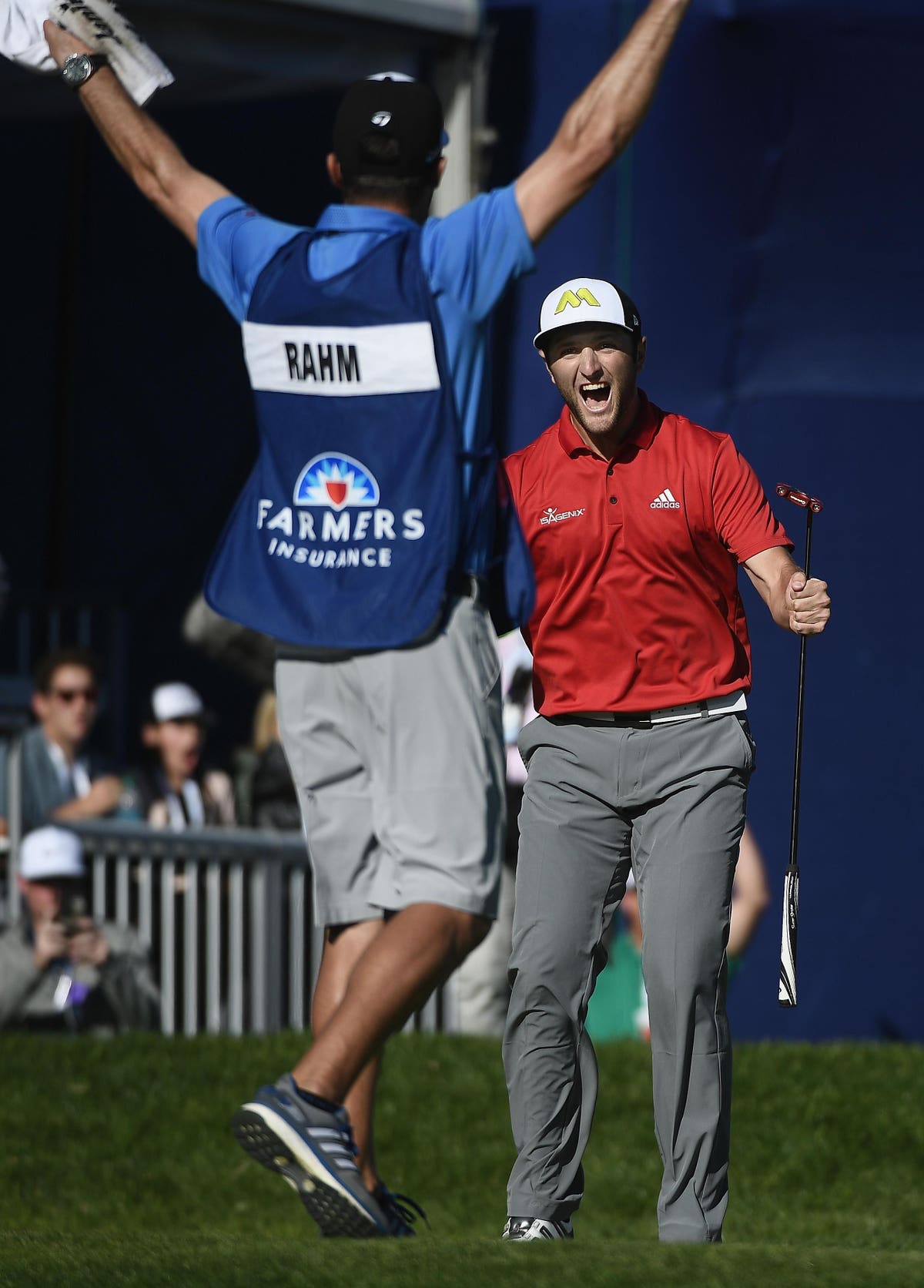 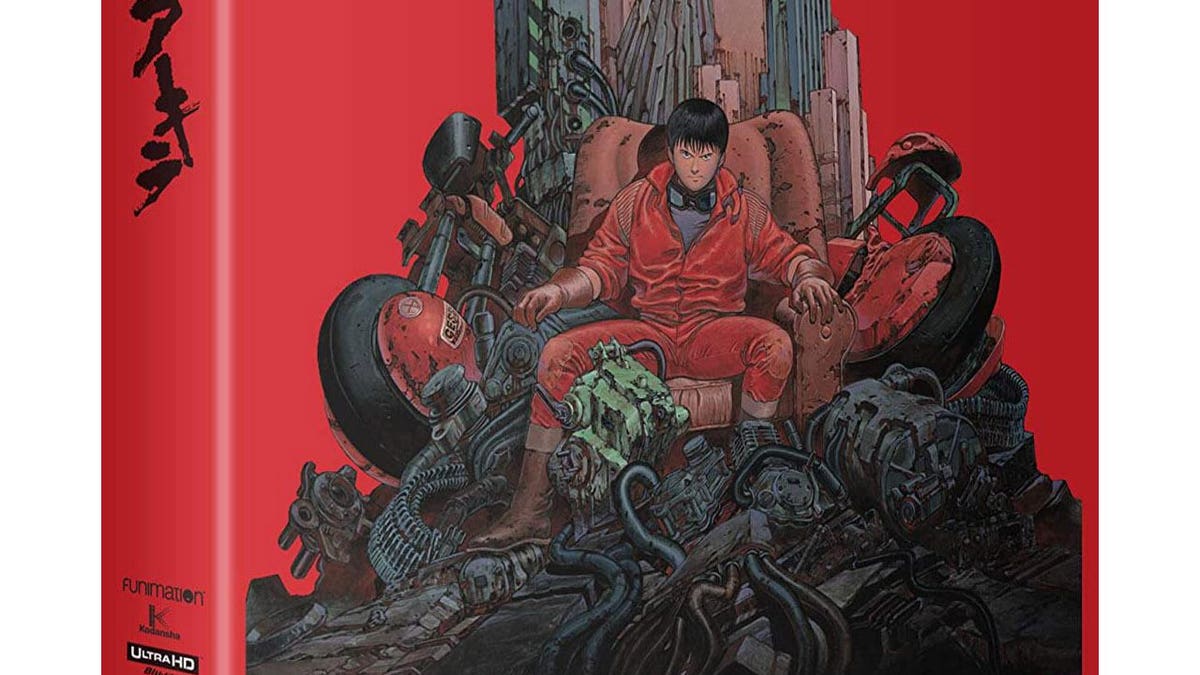