Black Microbiologists Push for Visibility Amid a Pandemic

A few days before her fifth-grade science fair, Ariangela Kozik awoke to the overwhelming scent of poultry past its due. It was exactly what the young scientist had been hoping for.

“Whew,” she recalled thinking at the time. “There is definitely something growing in here.”

She rushed into her kitchen, where a neat stack of glass Petri dishes awaited her, each filled with a gelatinous brown disk made of beef broth and sugar. Atop many of the cow-based concoctions was a smattering of what looked like shiny, cream-colored pimples. Each was a fast-ballooning colony, teeming with millions and millions of bacteria, including several from the swab of raw chicken juice she had dabbed on three days before.

Dr. Kozik, then just 11, had set up an experiment to determine what brand of dish soap was best at killing bacteria. (The answer: Joy dishwashing liquid.) But her results yielded an even bigger reward: a lifelong love of microbes, exquisitely small organisms with an outsize impact on the world.

“It felt like I had just discovered a new form of life,” said Dr. Kozik, who is now a researcher at the University of Michigan, where she studies microbes that live in human lungs. “It was so cool.”

Two decades later, Dr. Kozik still considers her science fair project, for which she won first place, one of her first formal forays into the field of microbiology. In the months after her experiment, she devoured every book she could find on the topic, until she had worn her parents down with endless chatter about infectious disease. About 10 years later, she was on track toward a Ph.D., which she earned in 2018. And on Monday, she kicks off Black in Microbiology Week, the latest in a series of virtual events highlighting Black scientists in a variety of disciplines, as one of its two lead organizers.

Like earlier, similar events, Black in Microbiology Week will be hosted entirely through virtual platforms like Twitter and Zoom. The event will feature seven days of talks, panels and online discussions, spanning a range of topics under the microbiology umbrella, including the coronavirus, and addressing disparities in medicine, education and career advancement. Everything is free and accessible to the public, and will be live-captioned. Registration is required to attend.

“This is really a chance to welcome new voices and amplify those that have not been heard,” said Michael D. L. Johnson, a microbiologist and immunologist at the University of Arizona who will take part in Friday’s Black in Bacteriology panel. 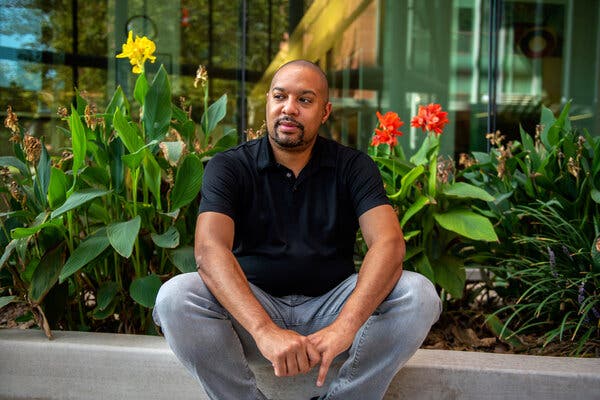 Michael D.L. Johnson of the University of Arizona, where he studies how microbes interact with metals.Credit...Ash Ponders for The New York Times

The team at the helm of the event, headed by Dr. Kozik and virologist Kishana Taylor, numbers 23, most of whom are Black women. They have partnered with sponsors such as the American Society for Microbiology, the American Society for Virology and scientific journals eLife and PLoS Biology that will help compensate speakers and organizers and keep the group afloat as it seeks nonprofit status. A Twitter account dedicated to the event has garnered thousands of followers. Dr. Kozik and Dr. Taylor said that they expected interest to grow, and are already brainstorming how to keep the momentum going after the campaign has formally concluded.

“Black in Microbiology, Black in Neuro and all the others are pivotal for visibility to younger generations of scientists and to people who have said or thought that this talent pool just does not exist,” said Kizzmekia Corbett, a viral immunologist at the National Institutes of Health, where she is leading an effort to develop a vaccine against the coronavirus. Dr. Corbett will be one of four experts featured in Tuesday’s Black in Virology panel.

The campaign also lands during a pandemic fueled by a deadly virus that has disproportionately impacted Black, Latino, Native and Indigenous people. Members of these groups are nearly three times as likely as their white neighbors to become infected by the coronavirus, and are hospitalized five times as often. Black people are more than twice as likely as white people to die from Covid-19.

Kizzmekia Corbett, a viral immunologist at the National Institutes of Health, helps lead an effort to develop a vaccine against the coronavirus.Credit...Timothy Nwachukwu for The New York Times

Much of what underlies these trends can be traced back to systemic racism that has kept adequate information and medical care out of the hands of non-white groups. Decades of exploitation of Black and Indigenous communities by researchers have also eroded trust in medicine. Such rifts could widen existing health disparities as new coronavirus tests, treatments and, eventually, vaccines roll out at breakneck pace.

On Tuesday, Dr. Johnson fielded a call from his aunt, who expressed skepticism about forthcoming coronavirus vaccines. But the conversation ended on a positive note, he said, because she trusted his expertise: “She said, ‘If you tell me to take it, I’ll take it.’”

Bolstering the ranks of the Black microbiology community could go a long way toward mending some of these rifts, said Taylor Smith, a technologist at the Georgia Public Health Laboratory, where she has helped perform up to thousands of coronavirus tests each day. “Even more so now, there is a need for Black scientists at the forefront” of the pandemic, she said. That visibility, she added, can communicate, “I understand why you might be apprehensive, but we’re here doing this work too, and you can trust us.”

Despite years of progress, Black people continue to be underrepresented in science and engineering. Whereas more than 13 percent of the United States’ population identifies as Black or African-American, Black people make up less than 7 percent of students who earn bachelor’s degrees in science or engineering fields and less than 5 percent of people granted doctorates in microbiology each year, according to the National Science Foundation.

The number of Black scientists has “been largely stagnant over the past decade,” said Johnna Frierson, assistant dean of graduate and postdoctoral diversity and inclusion at the Duke University School of Medicine. In some fields, representation has even begun to decline — a trend that has worried experts. “There’s something in the system that is not optimized in order for us to continue diversifying in the way we hope to,” Dr. Frierson said. A former virologist, she will participate in a panel on Monday focused on education disparities in the Black community.

Johnna Frierson of Duke University School of Medicine, a former virologist and currently a dean of graduate and postgraduate diversity and inclusion at the school.Credit...Cornell Watson for The New York Times

Dr. Taylor, whose work at Carnegie Mellon University centers on the new coronavirus, first began pursuing a career in infectious disease in college, some 15 years ago. But it wasn’t until a year and a half ago that she met another Black female virologist — Chelsey Spriggs, Black in Microbiology’s sponsorship team lead and a virologist at the University of Michigan. It was such a stunning moment that the two women snapped a picture together and put it on Twitter.

“Sometimes I feel like you internalize that there’s just not that many of us, we’re not that visible,” Dr. Kozik said. “It’s hard to explain what it means to know I’m not the only one out here in the world.”

LaNell Williams, one of Black in Microbiology’s programming team leads and a Ph.D. student at Harvard University, studies physics and virology, straddling two fields in which Black women are extraordinarily scarce. During her time at Harvard — a wealthy institution in a progressive community — she has dealt with colleagues who have touched her hair without permission, dismissed her admission to her graduate program as affirmative action and used racial slurs in her presence. Over the years, she said, “I’ve gotten used to people not expecting much of me when I walk into a room.”

At the University of Georgia, Dr. Taylor was the only Black doctoral student in her department. Her love for science was sparked early, by films like “Flipper” and “Free Willy,” which instilled “an obsession” with dolphins and other cetaceans, she said. After initially pursuing studies in veterinary medicine, she stumbled into the world of infectious disease and was instantly hooked.

Kishana Taylor of Carnegie Mellon University in Pittsburgh, and Black in Microbiology’s co-founder with Dr. Kozik.Credit...Sarah Huny Young for The New York Times

Dr. Taylor said she aims to start her own laboratory someday, focused on the intersection of humans, animals, disease and the environment — intricately connected factors that can each tip the scales toward an infectious outbreak. But by the end of her Ph.D., years of toxic interactions with colleagues who pelted her with criticism and condescension had pushed her to the brink. “I was super ready to leave science,” she said. “‘Everything you do is terrible’ played over and over in my head.”

Mentorship from new advisers in her postdoctoral fellowships helped change that, Dr. Taylor said. But ever since, she has fought to ensure the same thing won’t happen to another student in her position. Championing her fellow Black microbiologists, she said, is a step toward that.

“I think a lot of the message is, ‘We are here,’” said Dr. Johnson, who also leads an outreach program to connect Black, Indigenous and other undergraduate students of color to academic mentors.

In 2014, during his postdoctoral fellowship at St. Jude Children’s Research Hospital in Memphis, Dr. Johnson gave a public talk on one of his favorite topics: how copper affects microbes. He was floored when a Black woman from the audience approached him afterward. Her comment wasn’t about microbiology — at least, not directly.

“They said, ‘My kid wants to be a scientist, I didn’t know a scientist could look like you,’” he said. “Breaking through to those communities is important. I think this week will be a wonderful contribution to that.” 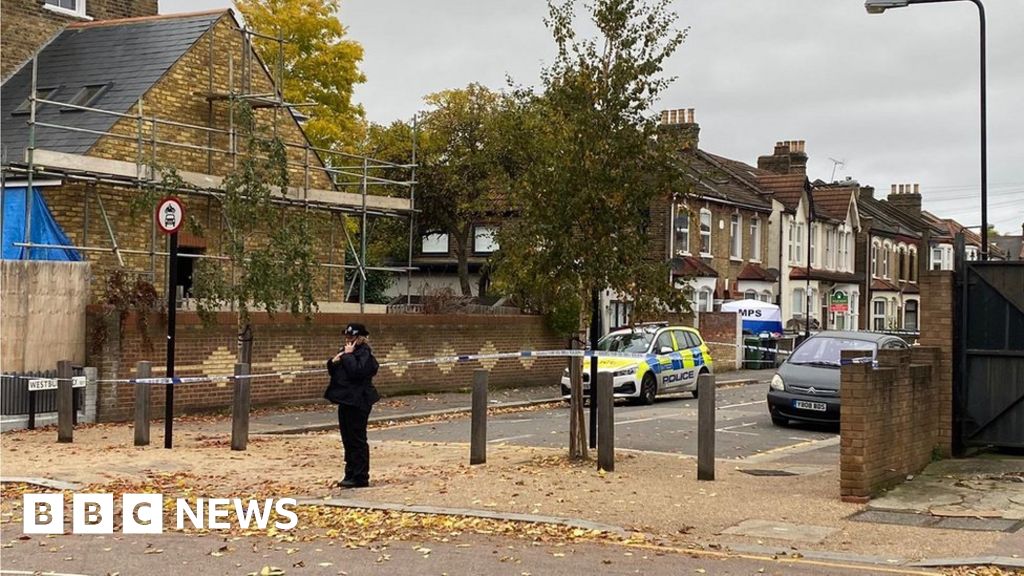