The 2020 MLB playoffs are less than two weeks away, even though it seems like only yesterday that the regular season kicked off. The compressed 60-game schedule is rapidly coming to a close, and the MLB standings are tight heading to the finish, with wild-card positioning, postseason seeding and the rest of the playoff picture at stake.

As has been the case with so much this season, the playoffs will have a new look, with an expanded format that includes 16 teams for the first time in MLB history.

This will be the place to visit every day through the end of the regular season for updated looks at the potential playoff field, recaps of the biggest games, analysis of the most important storylines and previews of the critical games ahead.

The overwhelming preseason favorite was the first team to secure a spot in the postseason tournament, clinching a berth with Wednesday's win over the Padres. L.A. took two of three from San Diego, which sits in second place in the NL West.

What's next? The Dodgers, who hold the best record in baseball, are looking for their eighth consecutive NL West championship and the top seed in the National League. Of course, the big prize for the Dodgers would be their first World Series title since 1988. This will be L.A.'s 14th playoff appearance since they last won it all.

Who could be next?

The White Sox can clinch a playoff spot Thursday if they beat the Twins or if the Mariners lose to the Giants.

If the season ended today ...

The matchups: Here's what the first round of the expanded playoffs would look like, based on the standings entering play Thursday, Sept. 17.

Luis Castillo fans 10 over seven scoreless innings as the Reds down the Pirates 1-0.

The Reds have been one of the most confounding teams of the season. A trendy pick to be a prime postseason contender, the Reds' offense has been dreadful, although the peripheral numbers indicate they've hit into some bad luck. (They're 15th in hard-hit rate, but dead last in BABIP and overall batting average, and 26th in runs scored.) Ultimately, the only numbers that really matter are the ones on the scoreboard, and based on them, Cincinnati has been a disappointment.

Even so, whenever we're ready to write off the Reds for good, they get an outing like the one they got from Luis Castillo on Wednesday, or a sparkler from Trevor Bauer, and they again seem like a potential playoff team that could cause some trouble, particularly in a best-of-three series.

Castillo blanked the Pirates for seven innings in a 1-0 victory (see, who needs offense?) that ran Cincinnati's winning streak to five games and pulled the Reds one percentage point ahead of the Cardinals and into second place in the NL Central, a spot that would get them into the postseason. Yes, four of the five wins came against the dreadful Buccos. But none of the teams the Reds are contending with for a playoff berth are world-beaters. The Phillies slipped below .500 after blowing a four-run lead in a 5-4 loss to the Mets. The Giants, while a nice story, can't be considered a postseason lock. The Cardinals are a game under .500 with their doubleheader-filled schedule taking a toll on their pitching staff. The Brewers? Meh.

Meanwhile, Bauer is a legit Cy Young candidate and Castillo isn't all that far behind (1.23 ERA, 24 Ks in 22 IP over his past three starts). If Sonny Gray recovers from a sore back and pitches the way he did early this season -- and the bats take even a slight turn for the better -- there's still time for the Reds to make some noise.

Also of note: The Dodgers claimed the first seat at the postseason feast, assuring they'll be playing in October for the eighth straight year. The White Sox missed a chance to clinch a playoff spot, losing 5-1 to the Twins, but are just one win away from their first berth since 2008. Minnesota used its 2019 formula for success, touching White Sox ace Lucas Giolito for a pair of home runs by Eddie Rosario and Byron Buxton. Miguel Sano added his 12th long ball as insurance in the eighth. ... Speaking of long balls, the Yankees bashed their way to a place that had never been reached by the Bronx Bombers before. New York hit six home runs in back-to-back games for the first time in club history -- then did that one better in the seventh inning on Kyle Higashioka's third home run of the night. Higashioka, who became the first No. 9 hitter with three homers in a game in Yankees history, had never hit more than three homers in a season entering Wednesday. New York's 13-2 win over the Blue Jays was its seventh straight over Toronto and Baltimore, giving the Yankees a 1½-game lead over the Jays for second place to restore order in the AL East. ... The Astros, who were shut out 1-0 by the Rangers' Kyle Gibson, are 9-15 over their past 24 games (and 24-25 on the season) but still hold a two-game lead over the Mariners for the second playoff spot in the AL West. -- Steve Richards

Pennant race debate: Which unexpected contender is the biggest surprise, and which is the best bet to get past the first round?

Joon Lee: The emergence of the Orioles as playoff contenders definitely surprised me most, as I expected them to finish in last place in the AL East. Between Anthony Santander and Pedro Severino, the team has had some bright spots this season in terms of continuity from last year. But among the surprise playoff contenders, I expect the San Francisco Giants to have the strongest chance to make it to the second round. This team has had its share of surprises this year, between Mike Yastrzemski and Donovan Solano emerging as key offensive cogs, but the relatively young Giants have a bevy of veterans with postseason experience, including Johnny Cueto, Brandon Crawford and Evan Longoria, who could help San Francisco pull off a first-round upset in what has already been a chaotic season.

David Schoenfield: I'll go with the Orioles as the biggest surprise. Coming off a 108-loss season that featured one of the worst pitching staffs of all time and a record number of home runs allowed, Baltimore basically did nothing in the offseason to supplement the roster. In fact, the Orioles' biggest move was trading their best position player, Jonathan Villar, to dump his salary. But the O's have played respectable baseball and somehow hung close to the eighth playoff seed. The Giants are the best bet to advance, however, thanks to a very good offense. There's a little bit of 2010 in this team. That year, Aubrey Huff and Andres Torres were the two best players (by WAR). This year, it's Mike Yastrzemski and Donovan Solano.

Bradford Doolittle: The Giants seem like the best bet to get into the playoffs, which makes them the most likely to win two games in a first-round best-of-three. If the Marlins can sneak in, however, they seem like the best bet to pull off an upset (if there is such a thing in a best-of-three). That's especially true if they don't match up against another team from the NL East, as they'd be able to throw out some dynamic young arms the opponent will not have seen much, if at all. The Orioles rate as the biggest surprise. I actually thought the Tigers would be a bit worse, but I also thought Detroit's Central-only schedule would be considerably weaker, boosting them over the O's in the standings. Baltimore might be in the process of being knocked down by its slate right now, but the Orioles done a great job of hanging in so far.

Dan Mullen: The Orioles and Tigers aren't going to catch the Yankees, so we can rule them out, leaving a choice between the Giants and the Marlins. Here's why I'm taking Miami: Even year or not, if the Giants beat the Rockies for that final spot (San Francisco and Colorado have four games left against each other), they're looking at a No. 8 seed and a first-round date with the Dodgers. I know this is a short series and anything can happen, but L.A. is the best team in baseball by a pretty large margin and beating the Dodgers in any series is unlikely.

Miami, on the other hand, is currently the No. 5 seed and could finish anywhere between there and the No. 7 spot, based on how the Marlins, Phillies and Cardinals end the season. In a very only-in-2020 thing, finishing No. 5 would be the worst-case scenario here, as it would mean playing the Padres, while getting in as the No. 6 or No. 7 could set up a winnable chance at a Braves team with major starting pitching issues.

Dodgers-Rockies, Thursday (8:40 p.m. ET): Los Angeles is closing in on the division crown and Colorado is trying to keep its playoff hopes alive as the NL West foes meet at Coors Field.

Blue Jays-Phillies, Friday (6:05 p.m. ET): Hyun-Jin Ryu and Vince Velasquez are scheduled to square off as two East teams on the right side of the playoff line meet in Philadelphia.

A's-Giants, Sunday (4 p.m. ET): Will the Giants' lead in a tight race for the NL's final playoff spot last through a tough three-game series with their Bay Area rivals?

Twins-Cubs, Sunday (7 p.m. ET on ESPN): It's a Sunday night ace showdown as Yu Darvish tries to help his Cy Young case against Jose Berrios and the Twins. 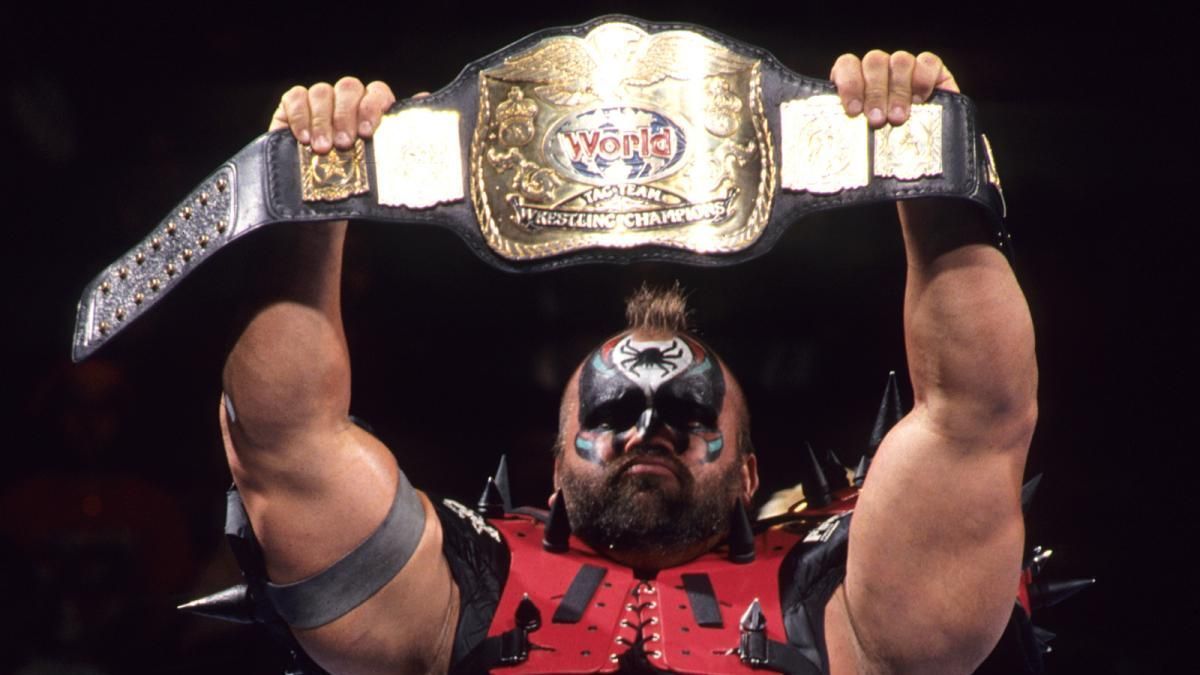 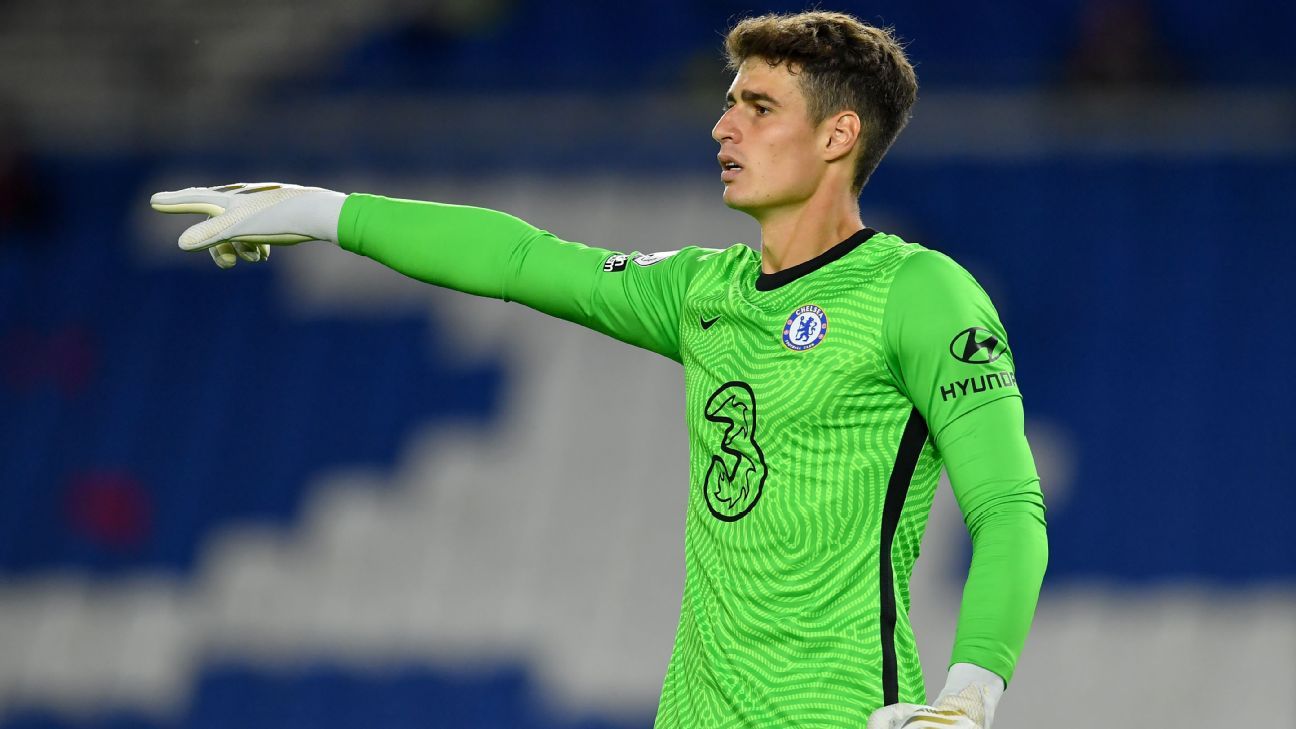 Can Kepa save his Chelsea career before it's too late?