Does Genetic Diversity Aid Starling Invasions Around The World?

Why are there more than 200 million European starlings in North America? And what can mitochondrial genetic diversity tell us about this avian invasion? 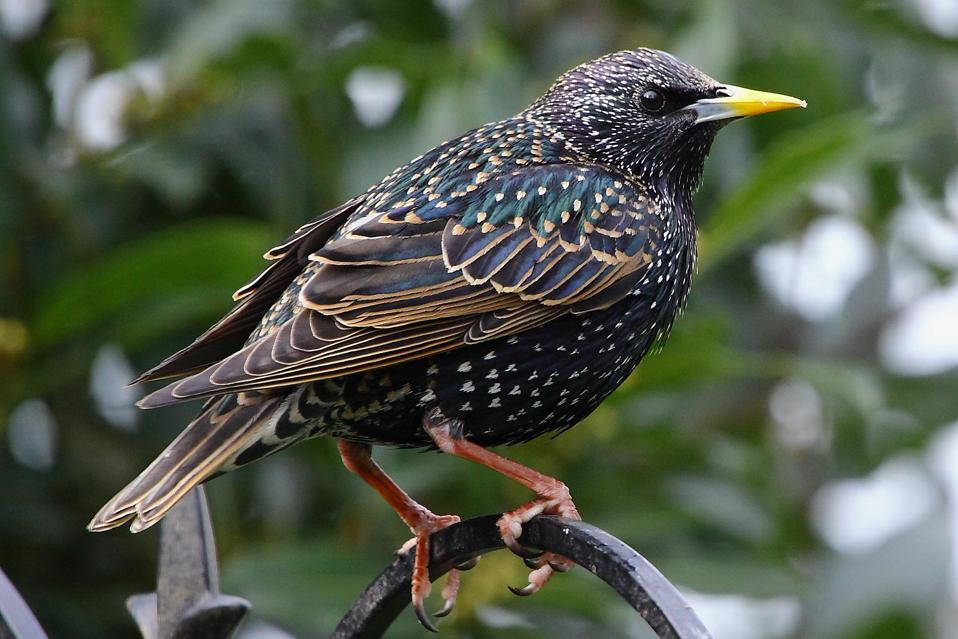 “Variation is the engine of evolution”, said evolutionary anthropologist and senior author of the study, Julia Zichello, an Assistant Professor of Biology at the College of Mount Saint Vincent and a Research Associate in the Division of Anthropology at the American Museum of Natural History (AMNH), in email. She and her collaborators recently published research reporting on the genetic diversity of European starlings, Sturnus vulgaris. Genetic variation is an important force in evolution because it enables some individuals to adapt to the local environment whilst maintaining the survival of the population.

Professor Zichello initially began her scientific career by studying human genetic diversity, so why is an anthropologist studying birds?

“I was staring out the window of the Education Lab for Human Origins and Comparative Genomics at AMNH and I noticed these pretty black birds all over the lawn”, Professor Zichello recalled in email. “Once I learned the story of their arrival to NYC and subsequent expansion, I immediately wondered how genetically homogenous they were.” 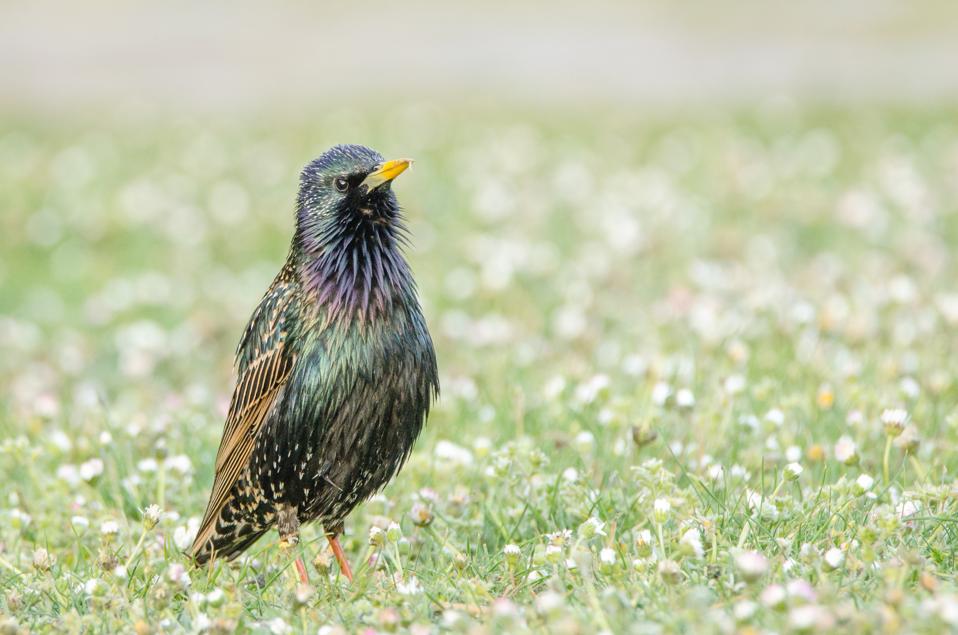 It is well-known that, despite our current massive population size, modern humans, Neanderthals, and their most recent common ancestor have less genetic diversity than living great apes. This is because we experienced a historic decline in population size, followed by a recent and dramatic population explosion in modern humans. This situation is almost identical to what European starlings are now experiencing as the result of being introduced all around the world.

European starlings were brought to North America by Eugene Schieffelin, a wealthy New York drug manufacturer with a truly peculiar hobby: introducing non-native bird species into Central Park for reasons that may never be understood. (Although it is a very popular and oft-repeated myth, there is absolutely no historic evidence to suggest that a passion for the birds mentioned in Shakespeare’s works played any role in Mr Schieffelin’s misguided act.)

Mr Schieffelin ended up releasing a total of 100 European starlings, imported from the United Kingdom, into Central Park over a period of two years, first in 1890 and again in 1891 (p. 164).

Inexplicably, other men around the world shared Mr Schieffelin’s bizarre obsession, but fortunately, not all introductions of European birds were successful. For example, introductions of skylarks, song thrushes, and bullfinches all failed, and even an attempt to introduce starlings into the United States 15 years earlier fizzled.

Although starlings were the only species that Mr Schieffelin introduced to North America, this small founding population gave rise to an astounding avian legacy that expanded like wildfire from Alaska to Mexico in just 130 years. Currently, it is estimated that the North American starling population exceeds 200 million individuals, representing more than one-third of the global population of this species.

But weirdly, considering the many diverse habitats that European starlings have colonized across North America, it’s quite surprising how little scientific attention they’ve attracted.

“I was astonished to learn that no recent studies had been done looking at their genetic diversity in the United States, despite their invasion history, massive population size and the conservation threat they pose”, Professor Zichello said in email. Professor Zichello’s expertise combines the study of population genetics with skeletal anatomy to understand how variation evolves within species. One central question that drives her research is: Why are some species more variable than others?

To examine starling genetic diversity, Professor Zichello collaborated with lead author of this study, evolutionary biologist Louise Hart Bodt, whom she supervised whilst Ms Bodt pursued her Master’s Degree at New York University. Lee Ann Rollins was the third collaborator in this team. As an Associate Professor at the University of New South Wales, Sydney, Professor Rollins’ expertise lies in investigating the molecular mechanisms that underly the rapid evolution often seen in invasive populations, like starlings, and figuring out how to use that information to improve management of both invasive and endangered species.

Like the United States, Australia also has problems with invasive species, including those posed by a number of foolish introductions of European starlings (all of which originated in the United Kingdom) that occurred in the mid-19th century (for a total of approximately 165 individuals). In contrast to Australia, there was one — just one! — introduction of European starlings into South Africa in the late 19th century (numbering just 18 individuals!). This South African introduction in particular serves as a powerful comparison to the North America introduction because both occurred at almost the same time (1897 and 1890, respectively).

All of these founding populations were small, which created genetic bottlenecks and decreased genetic diversity in the introduced starling populations from that seen in starlings still living in the UK and western Europe. And yet, despite a sharp reduction in genetic diversity in the introduced starlings, these avian invaders adapted extremely well — especially in North America’s temperate climate (Figure 1). 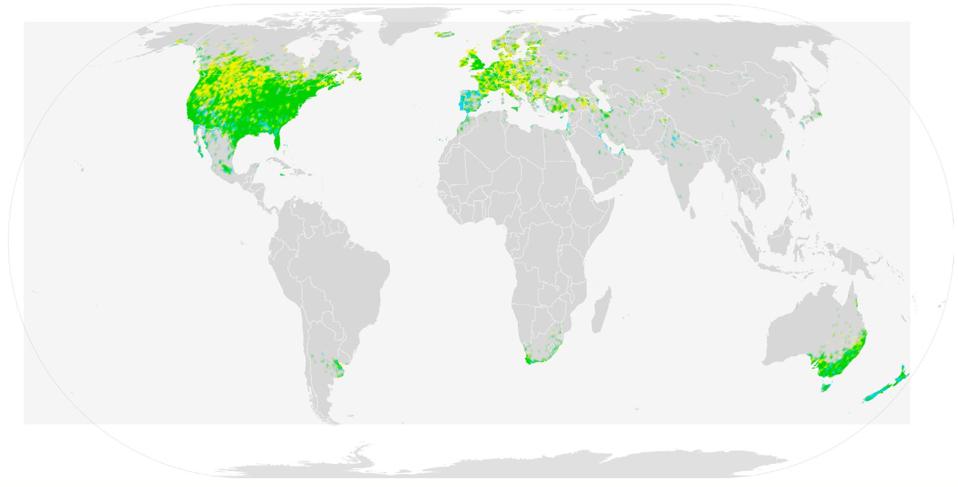 When they started this study, Ms Bodt and Professor Zichello predicted that mitochondrial diversity in North American starlings would be lower than in Australian starlings because there were more successful introductions of a larger number of birds in Australia. The researchers also predicted similar levels of genetic diversity in South Africa and North America starlings, due to similarities in the timing of introductions and the number of founders.

Starlings’ limited genetic diversity was different on each continent

To conduct this study, Ms Bodt collected DNA from 95 tissue samples obtained from starlings culled by the United States Department of Agriculture Animal and Plant Health Inspection Service (USDA APHIS) between 2014 and 2018 at 14 locations across the United States. Ms Bodt compared the mitochondrial genetic diversity in European starlings living in the United Kingdom with that from the three established starling invasions in South Africa, Australia and the United States. 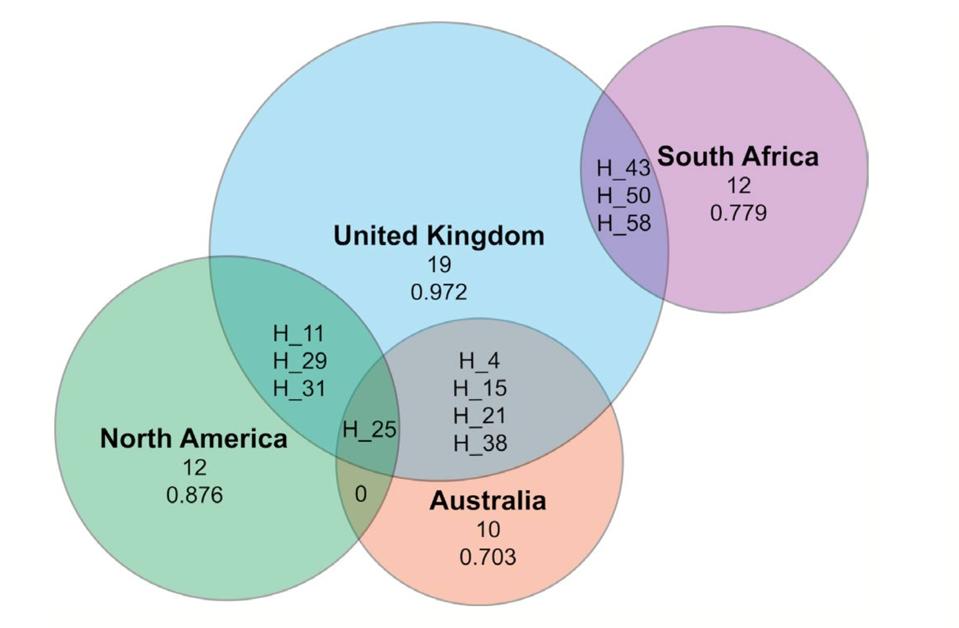 As they predicted, invasive starling populations had lower genetic diversity than those birds living in the UK (Figure 2). Surprisingly, despite originating from the largest number of introduced birds, Australia’s starlings had the lowest genetic diversity, despite descending from the largest number of founders (appx 165), whilst the North American starlings had the highest genetic diversity, even though they descended from an intermediate number of founders (100). Why? Were the Australian founders less genetically diverse to begin with, or was there differential survival amongst their offspring depending upon their genetics? Did the generally extreme climactic conditions in Australia reduce the overall gene pool? Is this the reason that starlings have still not colonized the arid center of the Australian continent, where the highest temperatures and lowest rainfall occur?

Ms Bodt also examined the mitochondrial control region sequence data to identify whether there was any population structure amongst North American starlings, which would indicate the presence of smaller, locally adapted and reproductively isolated populations. She found that the South African starlings were genetically distinct from the Australian and North American populations, suggesting that South Africa’s founders were sourced from a different region of the UK than were those that were introduced into Australia and North America. Additionally, although North American and Australian starling populations are genetically similar, they only shared a single DNA marker (H_25), suggesting that the founders of these populations may have been sourced from the same region of the UK, but were probably genetically distinct.

As expected, the UK starlings’ DNA was the most diverse but oddly, lacked many of the DNA markers found in the invasive starling populations. Is this because scientists don’t know much about the UK starlings’ population genetics? This finding certainly highlights the surprising lack of information about European starlings still living in their native range, and makes it difficult to localize where the founders of the three invasive populations originated.

Ms Bodt and Professor Zichello found that European starlings in Australia did show some population structure, confirming previous DNA (ref & ref) and ecological studies (ref & ref) that found evidence that smaller sub-populations of starlings were adapting to the local Australian environment. But the team did not find any evidence of population structure in either South African nor in North American starlings. In North America, at least, this could be due to starlings’ high dispersal rates combined with their chaotic and unpredictable dispersal patterns.

Starlings aren’t the only invaders from the UK

How do these findings in European starlings compare to what we know so far about another invasive bird that was widely introduced, the house sparrow, that also originated in the UK?

“House sparrows were introduced to North America about 40 years earlier (in the 1850-60’s) while the starlings were introduced in the 1890s”, Ms Bodt replied in email. “And maybe not so surprisingly, they have been introduced to all of the same places (to name a few; Australia, New Zealand, North America, South Africa) — so the parallels in terms of their introduction history would make them a good comparison.” 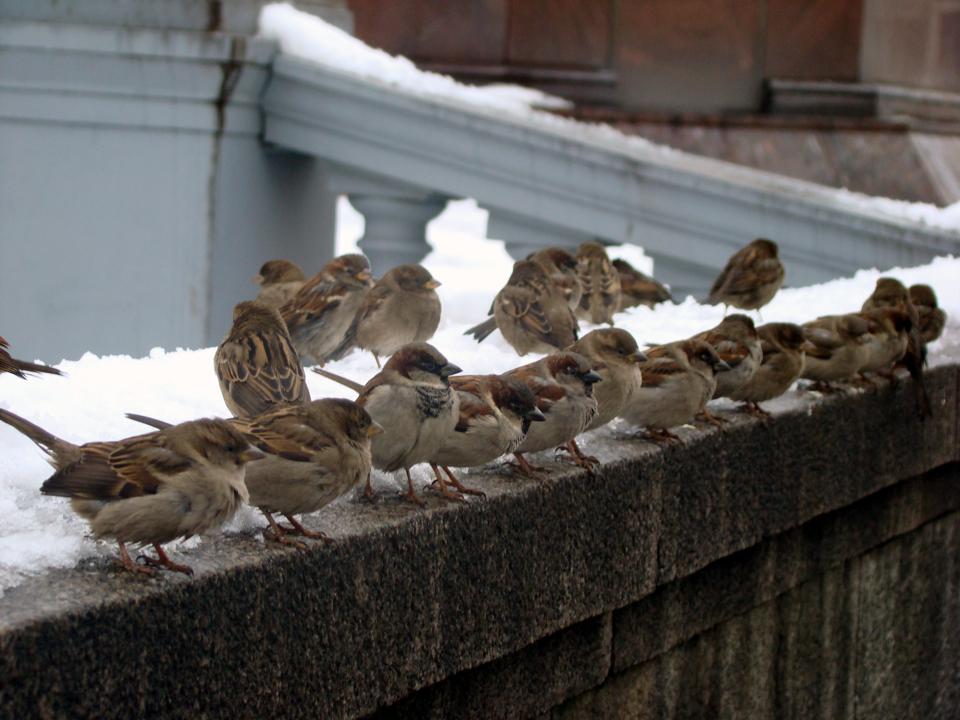 A flock of house sparrows (Passer domesticus) in winter. (Credit: Andrey / CC BY 2.0)

Andrey via a Creative Commons license

Although few individual starlings were released into the US, Australia and South Africa, they have been enormously successful despite their tiny gene pool. How do they manage this?

“It’s always surprising when something you’ve been taught as a central tenet of evolution (genetic diversity is necessary for survival and adaptation) is not a barrier for the success of an invasive species”, Ms Bodt replied in email. “There are also so many potential barriers to gene flow – it’s surprising when you find that an area as large as the US/North America has little to no population structure despite the presence of mountains, rivers, lakes, etc.”

What allows starlings to be so successful in North America, in particular, when they are declining throughout the UK?

“Good question — I think it’s hard to fully answer this question without some further work into the native-range population”, Ms Bodt replied in email, noting that starlings’ invasiveness may result from one or more behavioral or ecological traits. “It could it be their ecological flexibility; it could be that they are selectively migratory, or it could be linked to adaptations to environmental features.”

Ms Bodt also mentioned that intensifying land use by people may be the reason that starlings are declining in the UK.

“Some have suggested that increasing farmland in the UK has negatively impacted their populations by eliminating trees and breeding areas, whereas in the US, starlings exploit farmland food resources quite aggressively.”

Starlings may provide important lessons on how to conserve endangered species

The overwhelming success of European starling invasions in foreign lands raises important conservation questions: how does a population respond to a genetic bottleneck? How can a small population expand rapidly into novel habitats when they don’t have much genetic diversity to help them adapt? In short, what is it about European starlings that makes them such successful invaders? Can any of the lessons learned from European starlings be applied to conserve endangered species, to prevent them from slipping away into oblivion forever?

Considering their extreme adaptability, these handsome little birds will be helping scientists understand the mechanics of evolution for many decades to come.

“[T]here is so much more research to be done on starlings in the US and across the world”, Professor Zichello agreed in email. “They are a powerful system for studying evolution and adaptation, but also interesting from an ecological and conservation perspective. We all have many ideas for future starling projects. We don't have a shortage of birds, or ideas.” 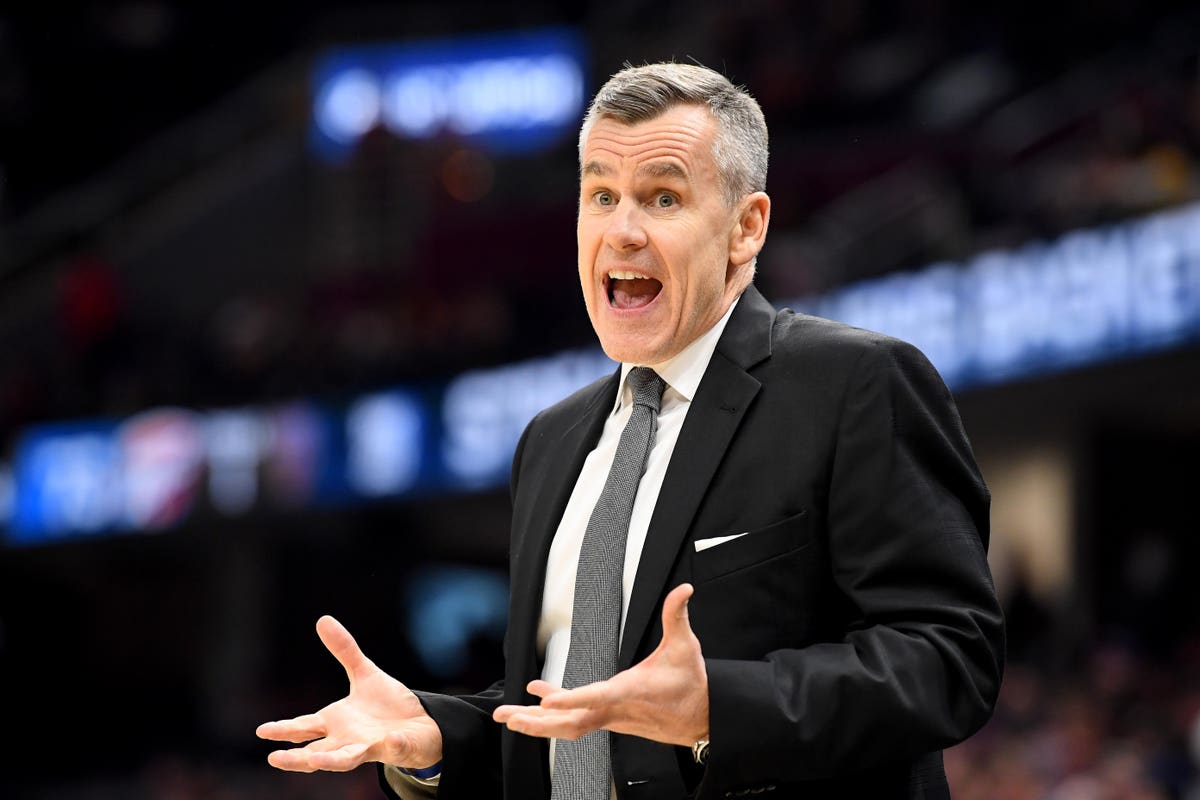 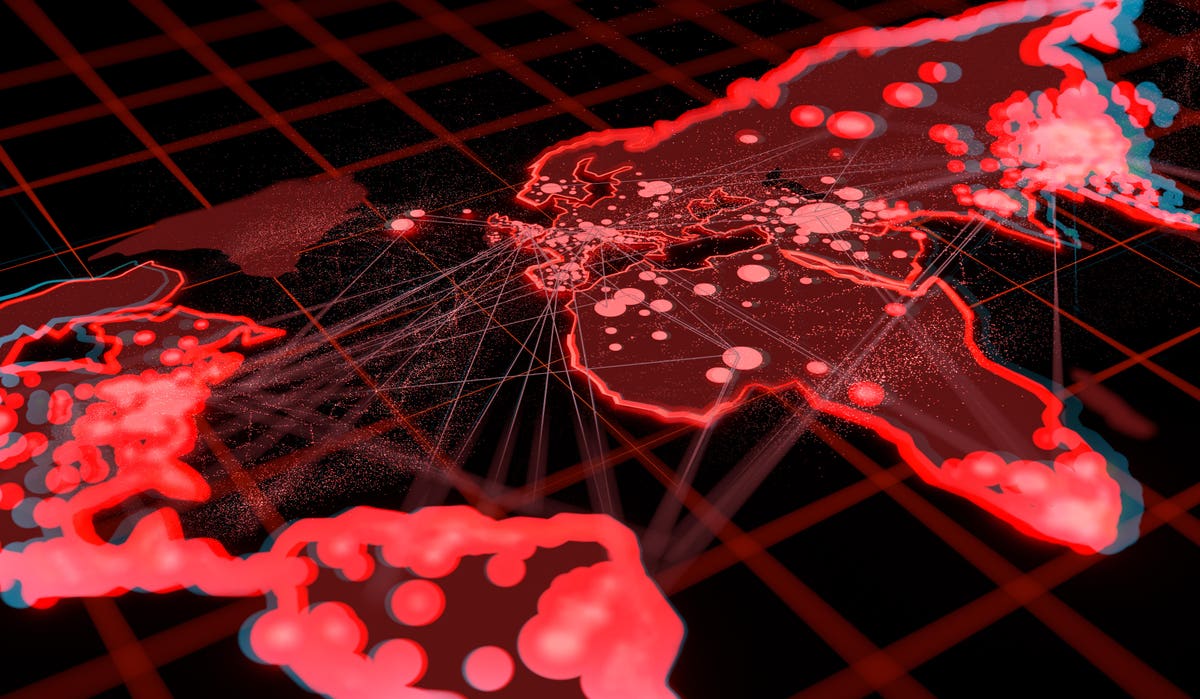 Pandemic Awareness: Scientists Reflect On The First Moments Of Covid-19 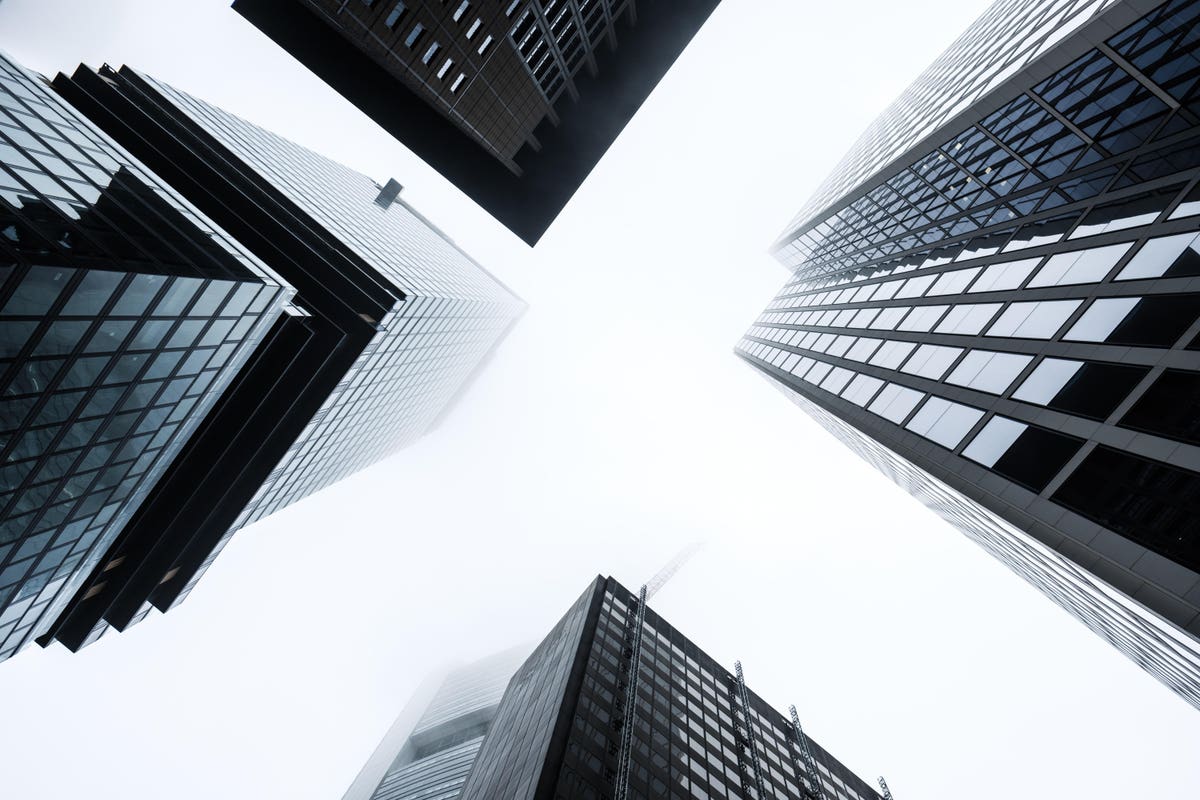