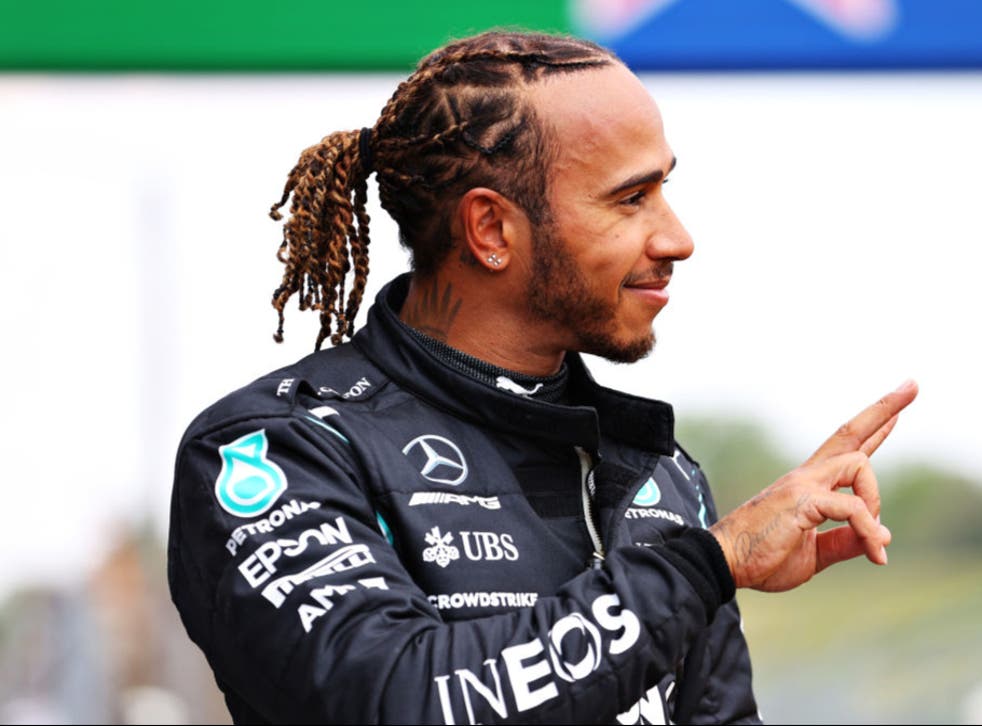 Lewis Hamilton edged out Sergio Perez and championship rival Max Verstappen to put his Mercedes on pole for the Emilia-Romagna Grand Prix.

In a tense and unpredictable session at Imola, the seven-time world champion held his nerve to beat Perez by just 0.035 seconds, with Verstappen a surprise third. It marked the 99th pole of the Briton’s stunning career.

McLaren driver Lando Norris had briefly moved into second behind Hamilton, but his final lap was deleted for exceeding track limits. He had to settle for seventh.

Charles Leclerc finished fourth for Ferrari, three tenths adrift of Hamilton, while the Briton’s team-mate Valtteri Bottas was only eighth in the other Mercedes.

Fans are hopeful that Hamilton and Verstappen will provide a season-long battle for the championship and the sport’s two brightest stars will occupy the top three positions in Sunday’s second instalment of the year.

And after Hamilton drew on all his experience to keep Verstappen at bay to win a thrilling season opener in Bahrain three weeks ago, the Red Bull man will be seeking revenge on Sunday.

But with overtaking around the Imola circuit among the hardest on the calendar, Hamilton will hold the advantage as he bids to claim his second win in as many races.

Thanks for signing up to the Independent Rugby newsletter

“Today has been great,” said Hamilton. “I did not expect to be ahead of the two Red Bulls because they have been so quick this weekend.

“I love it, I love the challenge. It is great that finally we have got the two Red Bulls there. I am so happy. The first lap was really nice, really clean.”

A disappointed Verstappen said: “It was not so good in Q3. I went off in turn three so it was a bit messy and not a good lap. But you cannot be good every time.”

Q1 was red-flagged after only six minutes when Yuki Tsunoda crashed out.

The Japanese rookie lost control of his AlphaTauri on the exit of the Variante Alta, sliding backwards and into the tyre wall.

Tsunoda emerged unscathed from his cockpit but sustained significant damage to the rear of his car.

On an encouraging afternoon for Williams both George Russell and Nicholas Latifi progressed to the second phase.

The British team have been on a downward curve for a number of years, but now, under new management and new ownership, are showing tentative signs of improvement.

Russell finished 12th, ahead of Latifi in 14th. The Williams drivers will be surrounded by two world champions, with Sebastian Vettel only 13th for Aston Martin and Fernando Alonso 15th in his Alpine. Both men were upstaged by their junior team-mates Esteban Ocon and Lance Stroll, ninth and 10th respectively.