For Him, the Delight Is in the Digging

Patrick Radden Keefe has investigated human smuggling, government espionage and the Northern Ireland conflict. With “Empire of Pain,” he takes on the Sackler family and the opioid crisis. 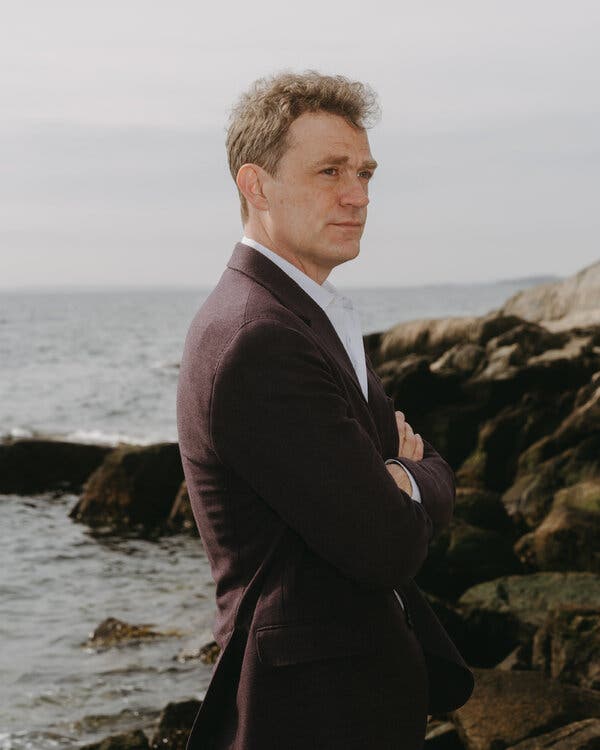 “I didn’t want to write an opioid crisis book per se,” Patrick Radden Keefe, the author of “Empire of Pain,” said. “The hope is that a certain kind of reader will be interested in this book, primarily as a story about a great American dynasty, and what I would argue is the corruption of a great American dynasty.”Credit...Caroline Tompkins for The New York Times

Patrick Radden Keefe has always been interested in secrets.

“I think I have an almost childlike suggestibility where if you tell me you know a secret and you won’t tell, I’m going to do everything I can to figure out what that secret is,” he said in a video interview from his home in Westchester County, N.Y.

But if you’ve ever read something Keefe, 44, has written, you may already sense that he has a passion for unearthing what’s hidden. In his 2009 book, “The Snakehead,” he reported on a human smuggling operation run out of New York’s Chinatown, untangling the web of the enterprise and highlighting its victims and its perpetrators. In his 2019 best-seller, “Say Nothing,” he dove into the decades-long sectarian conflict in Northern Ireland, particularly the mystery surrounding Jean McConville, a young mother who was kidnapped from her home in 1972.

Now he’s back with a new book, “Empire of Pain,” out from Doubleday on Tuesday, that examines the opioid crisis. It’s a byzantine topic, but Keefe focuses on the Sackler family, which owns Purdue Pharma, the maker of OxyContin.

In a statement, a lawyer for Raymond Sackler’s family, Daniel S. Connolly, said, “Documents being released in Purdue’s bankruptcy now demonstrate that Sackler family members who served on Purdue’s board of directors acted ethically and lawfully.” A representative for members of Mortimer Sackler’s family said, “Our focus is on concluding a resolution that will provide help to people and communities in need, rather than on this book.”

Like the tales in his books, the saga of how Keefe came to write about the Sacklers is anything but simple. In the 2010s, he was reporting on El Chapo, and wrote about the drug lord for The New York Times Magazine in 2012 and The New Yorker in 2014.

During his research, he noticed the uptick in heroin usage in the United States. As he learned more about soaring opioid abuse, he stumbled on the Sackler name. He had heard of the family because the name is displayed at the Metropolitan Museum of Art, but he didn’t know much about them.

So he began reporting. His first article about the Sacklers and the opioid crisis was published in The New Yorker in 2017. In 2018, Maura Healey, the attorney general of Massachusetts, sued Purdue Pharma, and in January 2019, court filings from the lawsuit were released. Sitting in his home office, Keefe read the documents and tweeted what he found.

The documents gave him what he felt he needed to transform his reporting into a compelling book. “It was important for me to include the point of view of the Sacklers, even if they wouldn’t talk to me,” he said. “The stories the Sacklers tell themselves are really important.”

In his statement, Connolly said Keefe “has refused to correct errors in his past reporting and also blatantly violated journalistic ethics by refusing to meet with representatives for the Sackler family during the reporting of his book.” In response, Daniel Novack, a lawyer for Doubleday, said, “Representatives for members of the Raymond and Mortimer Sackler family have attempted to disrupt this book from the outset with legal threats and unfounded attacks on Mr. Keefe’s professionalism. They refused to be interviewed or to substantively engage with Mr. Keefe’s request for comment.”

By the time Keefe was ready to begin writing “Empire of Pain,” he was busy promoting “Say Nothing” and working on a Cold War podcast, “Wind of Change,” while also on staff at The New Yorker. Then the coronavirus pandemic struck, and cleared his calendar. “There was nothing left to do but write the damn book,” he said.

He spent much of last year working on it while sitting on his bed, because he didn’t have access to his desk at work, and his wife, Justyna Gudzowska, a lawyer, was using their home office. 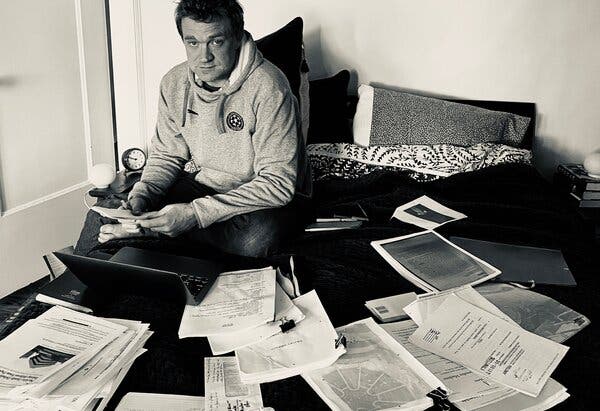 Keefe working on “Empire of Pain” from his home during Covid lockdown.Credit...Justyna Gudzowska

Keefe grew up as the oldest of three siblings in Boston. His mother was a philosophy professor at the University of Massachusetts, Boston, and his father worked in state government before becoming a real estate developer. He studied history at Columbia, followed by a master’s degree in international studies from Cambridge and a second master’s in new media and informations systems from the London School of Economics. When he returned to the United States, he enrolled in law school at Yale.

Throughout his studies, he was pitching stories to The New Yorker and other publications, but he wasn’t getting assignments. (He framed a 1998 rejection letter from The New Yorker and hung it in his home office.) Eventually, Keefe took a year off from law school and worked on “Chatter,” a book about government eavesdropping, on a New York Public Library fellowship that was directed by the biographer Jean Strouse.

“He just tunneled in and really worked,” Strouse said of Keefe. “He just finds these great, complicated stories and dives in.”

She became a mentor, and Keefe began writing for The New York Review of Books, Slate and Legal Affairs. But he still wasn’t sure if he could be a full-time writer. He returned to Yale, finished his degree and in 2005 started studying for the New York bar exam. In the process, he became fascinated by the trial of Sister Ping, a woman accused of smuggling in Chinatown. Once again, he pitched The New Yorker. This time, Daniel Zalewski, the features director, said yes.

“There is, I think, a prosecutorial zeal to his work,” Zalewski said. He has been Keefe’s primary editor ever since.

“When he walks in my office door and begins to tell me something he’s excited about, it’s incredibly infectious,” Zalewski added. “He kind of chuckles to himself constantly, not because he’s self-impressed but because the story is delighting him so much.”

Still, Keefe juggled writing and other jobs, including at the progressive think tank the Century Foundation and the Pentagon, before he was hired full-time at The New Yorker in 2012. Those experiences helped his reporting, he said. “I love legal documents, probably more than the next reporter.”

Law school also “demystified the law for me a little bit. So when I get a threatening legal letter, I’m not as easily terrified,” he said. Even before he began working on “Empire of Pain,” he received such letters from a lawyer for the Sacklers.

The pressure made him more determined to finish the book, he said. But he knows its ending may be unrewarding for readers. There’s no neat conclusion. Litigation over the opioid crisis is still ongoing, and Purdue Pharma filed for bankruptcy protection in 2019. But for Keefe, his book is a step.

“The small thing that I can do is tell the story that is hopefully rigorous and compelling and creates a record for people who want to know what really happened,” he said. “And a kind of record that the family, as much as they might try, cannot really expunge. That’s not the accountability anybody wants, but it’s not nothing.” 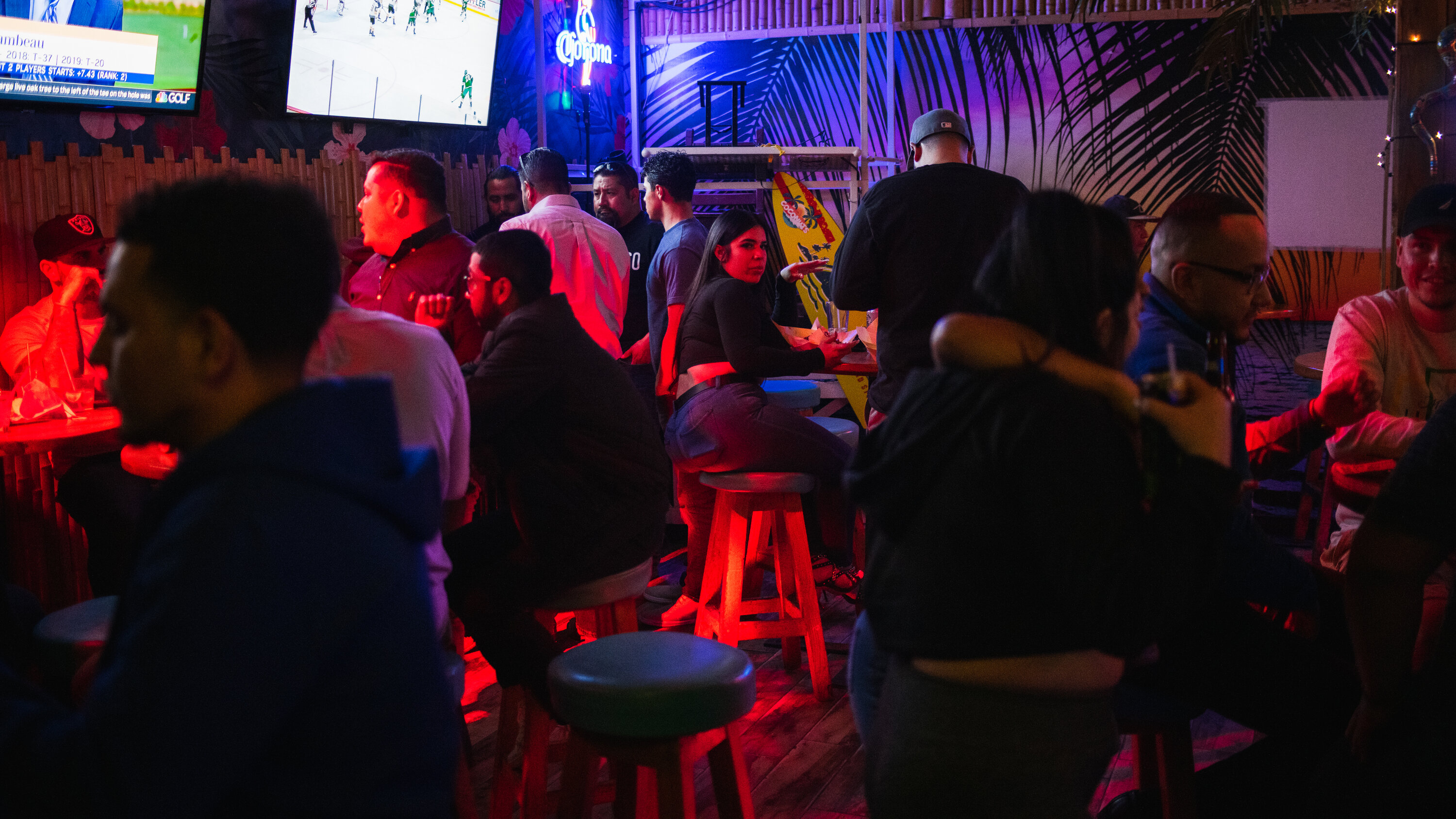