French authorities have arrested 11 people in connection to the gruesome beheading of a teacher who showed caricatures of the Prophet Muhammad in his class, which has sparked sweeping freedom of speech protests across the country reminiscent of recent terrorist attacks in France. 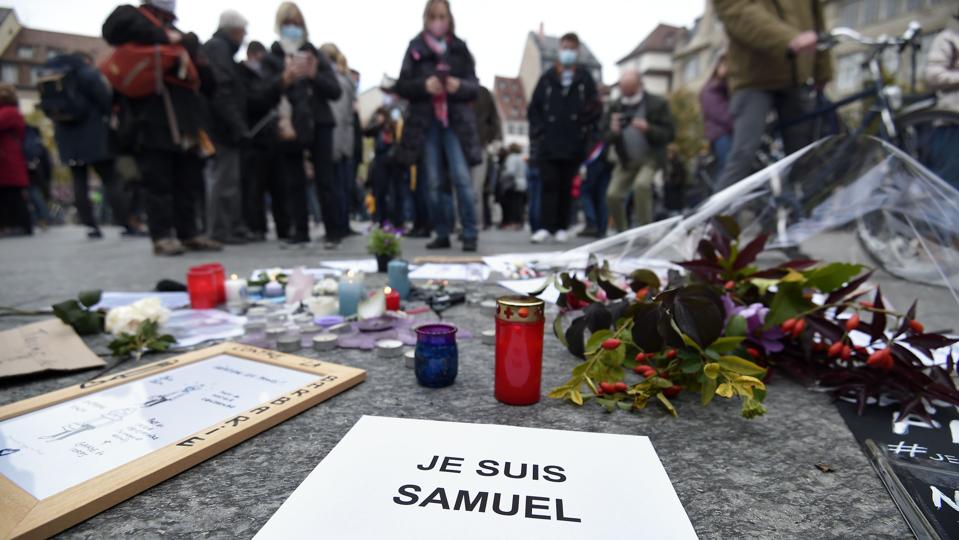 People stand near flowers and a placard reading "I am Samuel" as they gather in Strasbourg, eastern ... [+] France, on October 18, 2020, in homage to history teacher Samuel Paty two days after he was beheaded by an attacker who was shot dead by policemen.

Samuel Paty, 47, who taught history and geography in the Paris suburb of Conflans-Sainte-Honorine, was decapitated on his walk home from school on Friday afternoon by an 18-year-old Moscow-born Chechen refugee, identified by police as Abdoulakh A.

Earlier this month, Paty showed caricatures of the Prophet Muhammad to pupils in a class about freedom of speech, an action that is strictly prohibited by Muslim law and sparked outrage among some parents, including one father who posted a YouTube video claiming Paty, who told Muslim students they could leave the room if wanted, showed a “photo of a naked man” saying he was the “Muslim prophet.”

The assailant, who was fatally shot by police after refusing to comply with their orders, posted a picture of the teacher’s decapitated head on Twitter minutes after the attack with a statement claiming responsibility “in the name of Allah,” writing, “I have executed one of the dogs from hell who dared to put Muhammad down,” according to France’s top anti-terrorism prosecutor Jean-François Ricard (Twitter has since removed the post and suspended the attacker’s account).

French authorities on Sunday said they had arrested 11 people in connection to the killing, including at least four family members who were granted 10-year residency to France in March, as part of the ongoing investigation into the murder with a suspected terrorist motive.

Ricard noted the assailant’s half-sister joined the Islamic State group in Syria in 2014, though did not say if she currently lives in France.

Signs of “I am Samuel,” referring to the “I am Charlie” movement that swept France after the 2015 attack on satirical publication Charlie Hebdo, populated protests in memory of Paty—and more broadly, in support of free speech—across the country on Sunday, attended in Paris by French Prime Minister Jean Castex.

France’s President Emmanuel Macron, speaking from the crime scene on Friday, quickly labeled the incident an “Islamist terrorist attack” against “the republic and its values.” “One of our citizens was murdered today because he was teaching, because he was teaching students about freedom of expression” said Macron. “This battle is ours and it is an existential one.”

The parallels with Charlie Hebdo are particularly striking given the timing of the attack, which comes amid the ongoing trial of suspected perpetrators in the 2015 killing of 12 in Charlie Hebdo’s office following the controversial printing of Muhammad cartoons. During the attack, the two Islamist gunmen shouted “Allahu akbar” and “the Prophet is avenged.” A day before the trial began last month, Charlie Hebdo reprinted the cartoons that triggered the initial attack, writing in an accompanying editorial that not doing so would be “political or journalistic cowardice." In retaliation, a man with a knife stabbed two people near the publication’s former offices in what police are investigating as another Islamic extremist attack.

President Trump offered “sincere condolences” to France on behalf of the United States during a Saturday night rally in Wisconsin. “I’d like to extend my really sincere condolences to a friend of mine, President Macron of France, where they just yesterday had a vicious, vicious Islamic terrorist attack—beheading an innocent teacher near Paris,” Trump said, adding: “France is having a hard time and Macron’s a great guy.” 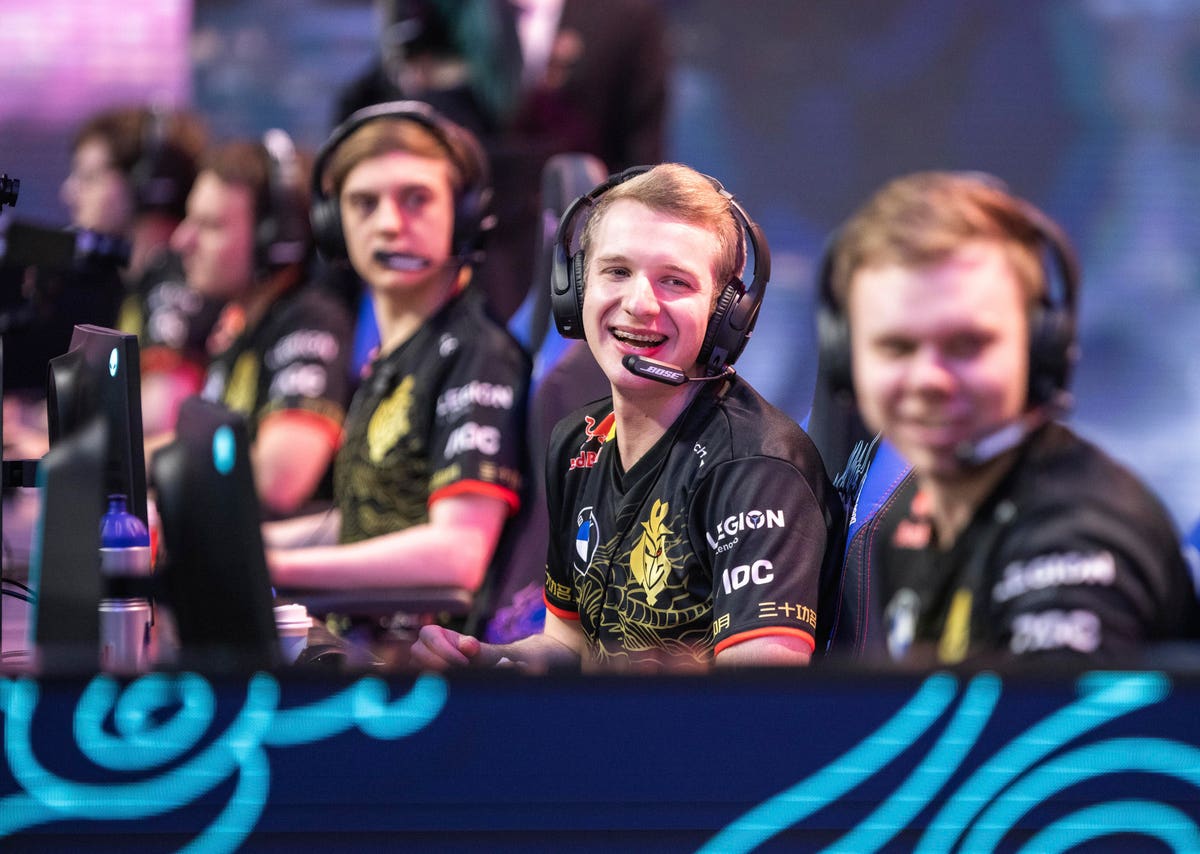 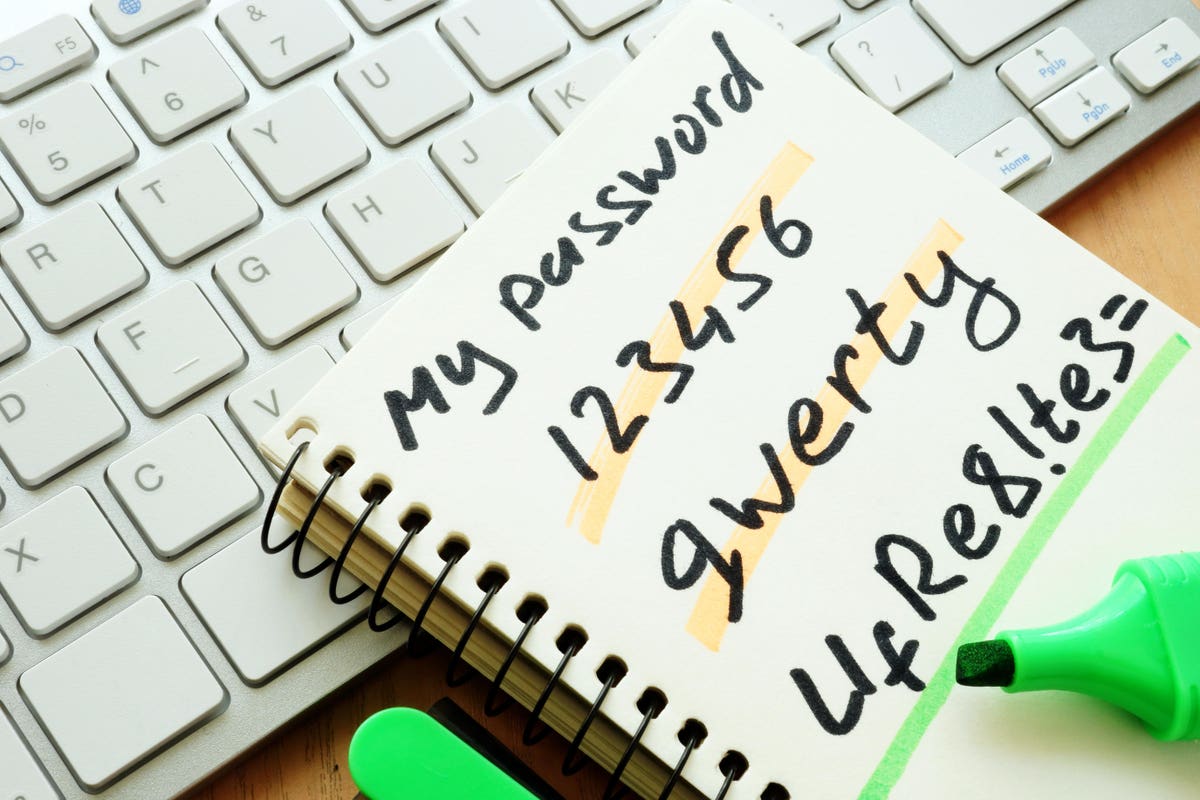 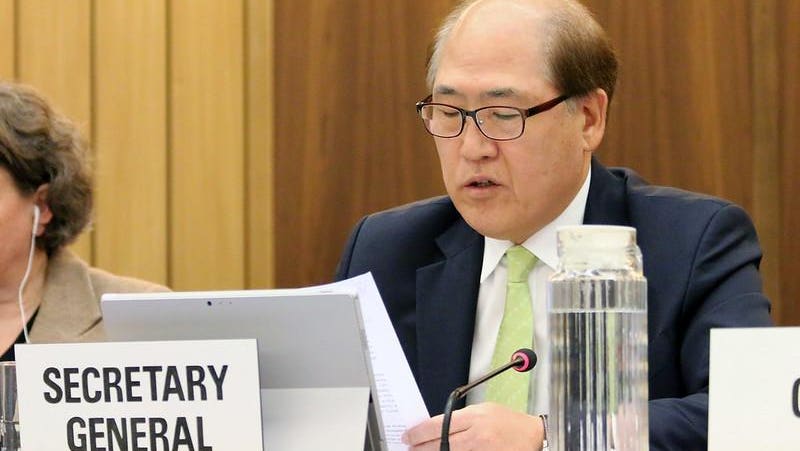