Congress’ attending physician Brian P. Monahan announced Friday vaccinated lawmakers and staff no longer have to wear masks in and around the House chamber, a move that was delayed nearly a month due to concerns about lagging vaccination rates among House Republicans. 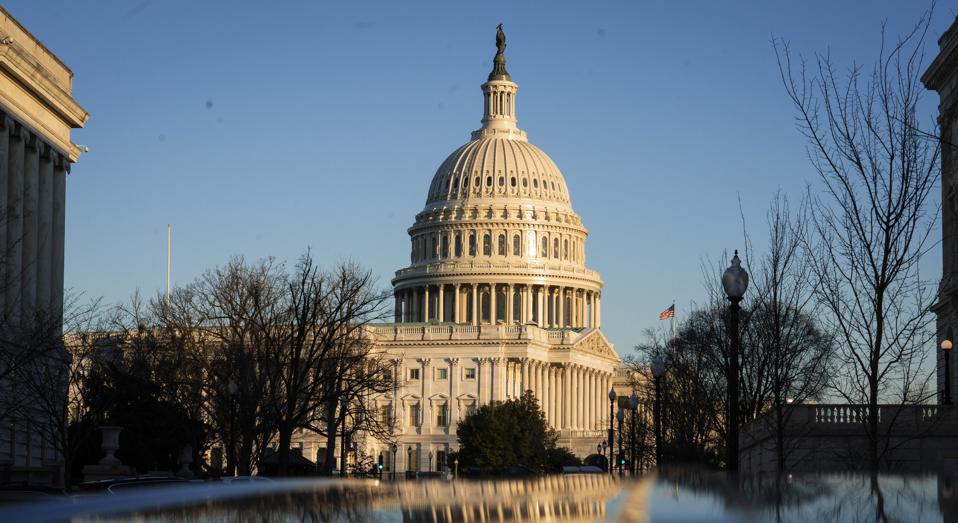 WASHINGTON, DC - FEBRUARY 08: The exterior of the U.S. Capitol building is seen at sunrise on ... [+] February 8, 2021 in Washington, DC. The Senate is scheduled to begin the second impeachment trial of former U.S. President Donald J. Trump on February 9. (Photo by Sarah Silbiger/Getty Images)

Monahan said in updated guidelines “fully vaccinated individuals” no longer have to wear masks or social distance on the House floor, though the requirement is still in place for anyone who isn’t vaccinated.

Monahan cited a “considerable rate of vaccination” and “diminishing daily evidence of disease transmission in our community” as the catalysts for the new guideline.

The vaccination rate of the Capitol complex is 85%, according to a senior Democratic aide, though it remains unclear what percent of lawmakers are vaccinated.

House Speaker Nancy Pelosi resisted calls from Republicans in May to lift the rule until all members were vaccinated even as the guidance was updated to no longer require them in other parts of the Capitol complex.

The aide told Forbes the 85% vaccination rate is “extremely high.”

$2,500. That’s the amount deducted from lawmakers’ paychecks if they break the mask rule three times. Lawmakers receive a warning on the first offense and a $500 fine on the second offense. House Minority Leader Kevin McCarthy attempted to pass a resolution eliminating the fines last month, but Democrats killed it on a party-line vote.

Six right-wing House Republicans – including Reps. Marjorie Taylor Greene (R-Ga.) and Thomas Massie (R-Ky.), who have indicated they have no plans to be vaccinated – were fined last month while protesting the mask rule by going maskless on the House floor, while several others received warnings.

“Speaker Pelosi cannot force any member of congress or staff or any citizen or child of the U.S. to take a vaccine,” Greene tweeted last month, calling the vaccines “experimental” and “NOT even FDA approved” despite abundant evidence of their safety and efficacy.

Pelosi indicated in April the House Physician keeps track of which members are vaccinated – though cannot disclose the information publicly – meaning unvaccinated lawmakers will likely continue to be subject to the mask rule and face fines. A CNN report in May found that while 100% of House Democrats publicly reported being vaccinated, less than half of House Republicans did the same.