Since 2013, HP has been offering mobile workstations under the Z Workstation brand, including the popular ZBook. Mobile workstations are becoming more popular for creators and gamers who need to game and create while on the go or away from their primary PC. This has been especially true during the time of Covid-19.

Thanks to more efficient processing, notebooks are getting thinner and lighter while still being able to pack in more CPU and GPU performance, which is essential for creative applications like video editing, 3D rendering, and more. I can recall when packing desktop performance into a thinner notebook form factor was laughable, but as new generations of mobile workstations come to market, it isn't just possible; it is more real.

The newest mobile workstation offering from HP is the HP ZBook Create G7 Notebook PC. The system offers a 15.6", 4K UHD display, Intel 10th Gen mobile processors, and NVIDIA GeForce RTX Max-Q graphics. HP sent me a loaner system, and I spent a few days using the HP ZBook Create G7 as my primary productivity device. After using HP's new mobile workstation, I wanted to share my experience. I also wrote about HP's creator-focused notebook offerings back in April, and you can access that here. 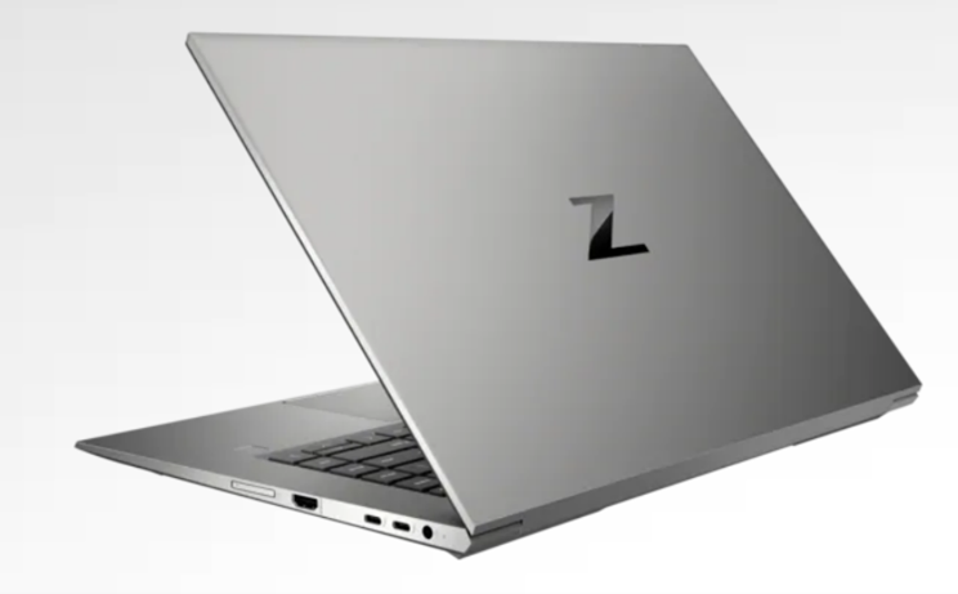 Out of the box, the system feels exceptionally premium. The grey metallic material that covers the design gives off a premium look and feel. The system's exterior edges consist of the same reflective material as the "Z" logo on the display lid. I like that HP ditched its traditional "HP" symbol for the "Z" because it is effortless to identify the ZBook when sitting next to other notebooks and makes it feel for custom. The system weighs 4.65 lbs, which sits somewhere in the mid-range of creator notebook weights. I didn't notice a big difference in weight from a traditional 15" non-creator notebook when I swapped them out in my backpack, but maybe I was walking extended distances. Either way, the system wasn't light, but not particularly heavy either, especially for the performance this thing puts off. I can take that trade-off for much higher performance. The notebook lid is extremely thin, sleek, and snaps snuggly to the system's base.

Using a quiet keyboard was a great experience. I literally get angry when I hear others with MacBook clickety-clacking around. Where are their manners? It’s as if the Mac keyboard were built for loners or something who sit in their basements working. I’m just kidding of course, but I had to get that off my chest. The keys were quiet, punchy, and responsive. The keyboard is also spill resistant which is a nice touch. I really liked this keyboard.

The large precision trackpad was also easy to use. There was a fair amount of feedback when I used it. You don't always get that in a notebook trackpad. I will still be pairing an external mouse with the system like I expect most creators and gamers will. The power button is on the top right of the system keyboard. My ZBook came with a fingerprint reader, but the option is there. I prefer visual login anyways which was fast as heck and responsive. The system audio is by Bang & Olufsen with quad speakers, including two tweeters and two woofers.

The speakers were loud and crisp when I used them for watching Blacklist on Netflix, streaming music on YouTube, and video conferencing on Teams, WebEx, or Zoom. I was impressed with how loud the notebook speakers were at max volume. The bass was especially deep. The speakers in the ZBook Create G7 are some of the cleanest I have ever used in a notebook. As my video audio got progressively louder, it still stayed remarkably clear and crisp.

I used the HP World Facing Microphone and 720p HD webcam with IR for powering all my video conferencing applications. I think a $4,000 laptop should have a 1080P camera for videoconferencing with clients but maybe the expectation is that the producer would have an external 4K camera or DSLR. I usually opt for a pair of external headphones with a microphone for video conferencing, but I felt comfortable going without them in this notebook.

Compared to other notebooks in this category like the MacBook Pro 16, the systems are similar in build quality and size. The MacBook Pro 16 weighs slightly less at 4.3 lbs compared to 4.65 lbs. Both systems have a similar look and feel on the exterior. 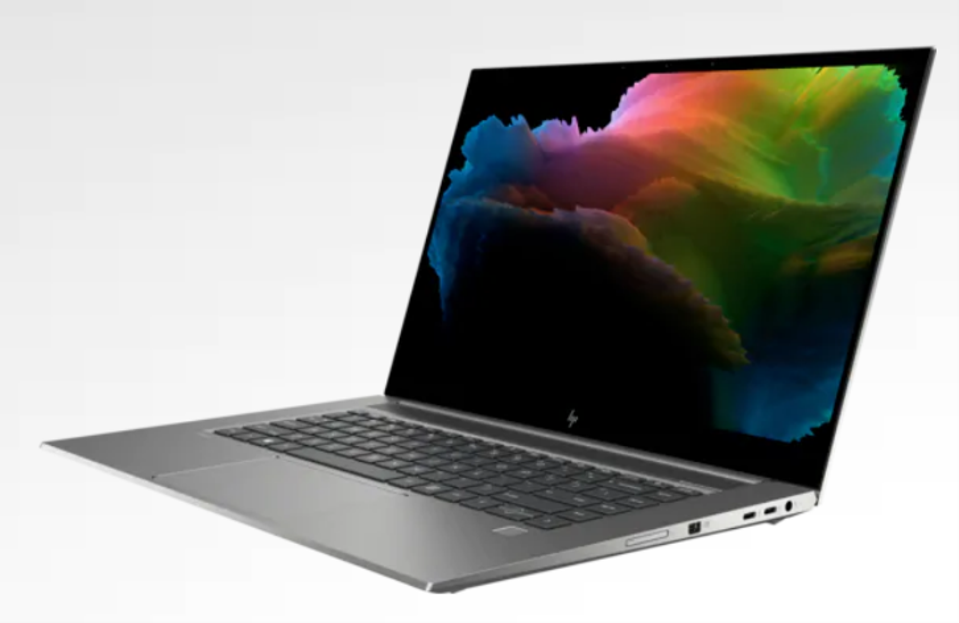 The display on the HP ZBook Create G7 is 15.6" OLED and has an impressive 3,840 x 2,160 resolution, which is 4K UHD. The display is very bright at 600 nits. I will say that since the panel is virtually borderless, it feels more like a 17" notebook than a 15". The screen has plenty of screen real estate to split browser instances across the screen or use multiple applications at once. I used the display for running my everyday productivity tasks and for streaming content. Additionally, I took on some gaming and creative workloads like editing video in Adobe premiere pro and running Fortnite. The colors on display were very saturated, high contrast, and provided a great viewing experience. As you would expect with OLED, the blacks were stunning.

My loaner system also had the touch display option. It was responsive to touch, and I am glad the system came with it because I find myself scrolling through webpages and articles quite often. One thing to note for the gamers is that the display is 60Hz. Although you may get higher frame rates than 60 FPS, the system will refresh at the capped rate. Keep in mind, though, this is for creating first, gaming in your spare time second.

The 4K UHD display on the HP ZBook Create G7 will provide a responsive, snappy experience for creators and gamers alike. I feel confident that this display can keep up with just about any workload a power user can throw at it.

I felt very comfortable using this system as the primary device and using it in true workstation fashion while hooking up and running a couple of external 4K or 1080p displays for more screen real estate. My use case is not the most intensive, but it consists of running 10+ browser instances, editing presentations in PowerPoint, analyzing data in Excel, running multiple video conferencing applications, streaming videos, and editing the occasional video. When you start to get many of these instances running simultaneously, it can be very intensive on the system, but the HP ZBook Create G7 ran all these tasks with ease and no sign of slowing down.

To test the system's gaming capabilities, I ran a couple of titles, including Call of Duty Modern Warfare and Fortnite. Both titles were able to stay about 50+ FPS consistently on 1920 x 1080p resolution. This notebook isn't going to offer much playable gameplay in 4K resolution, but 1920 x 1080p provides an excellent experience for gaming on the go. To measure content creation performance, I encoded 15 minutes' worth of 4K footage that I shot on my Panasonic GH5, and it finished in just 4 minutes and 12 seconds. For comparison's sake, I ran the same set of footage on the new Dell XPS 17 with an Intel Core i7-10875H and 2060 Max-Q, and it took 4 minutes and 46 seconds.

The system got a little hot on the bottom when going full-throttle, but it was cooler than other high-performance systems I have tested.

Whether you are picking up the ZBook Create G7 for productivity, content creation, gaming, or all three, there is plenty of performance ceiling to tackle all your workloads. I can't speak for professional designers using intensive 3D modeling software, but this notebook provides just about all the performance you could want into a 15" form factor.

The HP ZBook Create G7 comes with plenty of ports and I/O for connecting displays, mice, or other external devices. The system comes with a USB-A port, an AC power connector, 2 USB-C ports with Thunderbolt 3 support, a mini display port, a nano security lock, a headphone/microphone combo jack, and an SD card slot. It would have been nice to see one more USB-A legacy port for connecting peripherals that may be a little older, but oh well, you can't have it all. On the other hand, I do believe professionals will opt for a Thunderbolt dock.

The system comes with the HP Long Life 6-cell, 83 Wh Li-ion battery. According to HP, the battery life of the HP ZBook Create G7 should last 14 hours. My personal productivity use case consists of running 10+ web browsing tabs, writing articles, creating presentations in PowerPoint, analyzing data in Excel, and video conferencing across multiple apps throughout the day. I was getting around 10 hours of battery life from the system while unplugged for my use case. I was getting less battery life for more creators and gaming-focused workloads like running Fortnite or editing video in Adobe Premiere Pro. On average, I was getting 6-7 hours of battery life while running these more intensive workloads. To combat quick battery drain, the HP ZBook Create G7 also supports fast charging, allowing you to get back to 50% battery life within 30 minutes of being on the charger. I would rate the battery life as good, but not great. The length was on par with my expectations from a mobile workstation.

I loved the 200W charger with a super-long cable and high-quality braided cable. The experience was so much better than my MacBook Pro with its giant brick that takes up two to three charging AC ports. Like the keyboard, I sometimes think the MacBook Pro power design is for someone in their basement with no one else around. Try working at a WeWork common area or even a Starbucks and you see the giant eye rolls as the MacBook Pro user hogs all the AC power ports.

The HP ZBook Create G7 leaves little to be desired in terms of features, display, and performance. Personally, I would prefer a 17” version and am hoping this is on the roadmap. The notebook is sleek, the display is bright and responsive, and it is a joy to type on. Although I would not consider myself a power user, I anticipate this notebook will take on most creative applications sufficiently.

When I compare this creator notebook to Apple's flagship MacBook Pro 16, I don't see many reasons to choose the MacBook Pro over the 15.6” ZBook Create G7. The ZBook Create G7 will have higher graphics performance with ray tracing support (up to RTX 2080 SUPER), better display options (full-touch, brighter, HDR 400), faster processor (up to 5.3GHz burst), superior after-work gaming experience, less dongles (USB A), enterprise-class security and manageability (Intel vPro, HP Sure), two more years warranty, and in my opinion, a better productivity user experience. And you’ll save some cash. Unless you are locked into the Apple ecosystem or MacOS, need the .4” extra display, or 4/8TB option, the HP ZBook Create G7 is a better option for creators and gamers looking for a real mobile workstation to get desktop level productivity while staying mobile. And maybe gaming after hours.

I can see myself using this notebook as my workstation hub while I am away from my primary office where my primary device is a behemoth of a desktop workstation.

Note: Moor Insights & Strategy writers and editors may have contributed to this article. 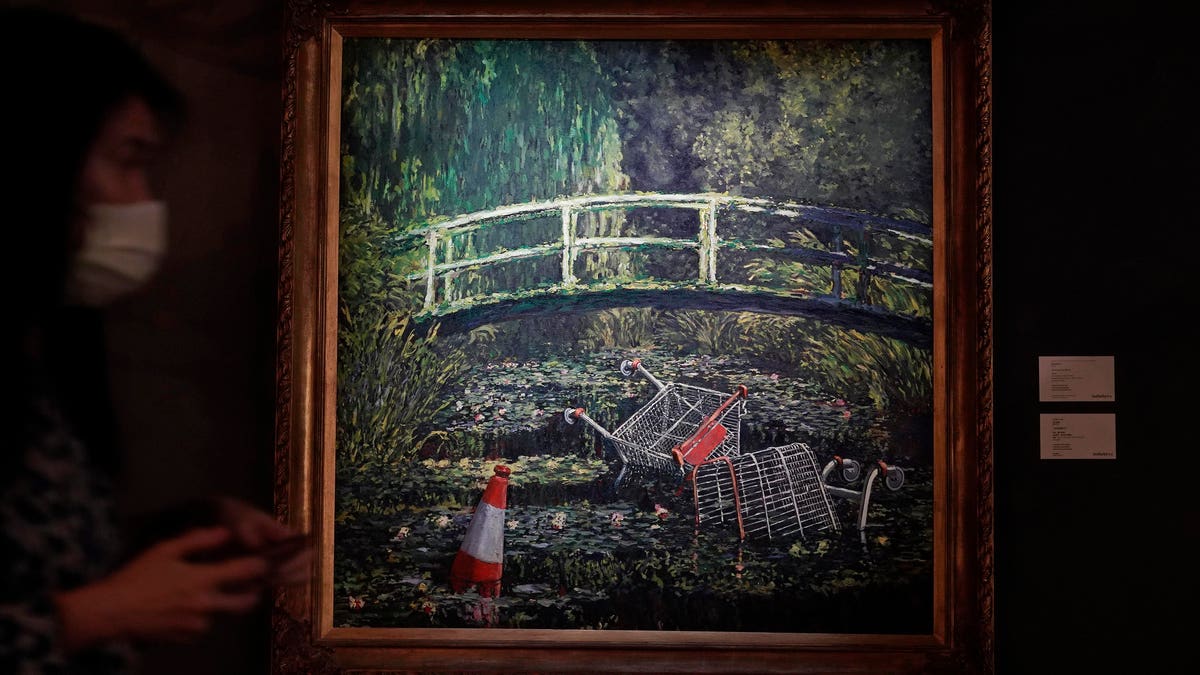 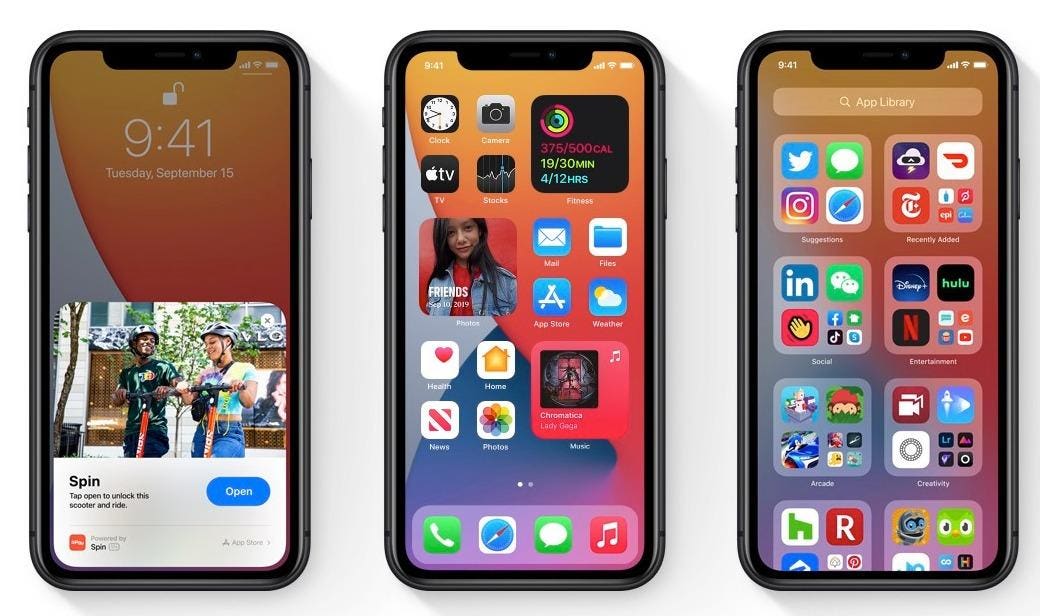 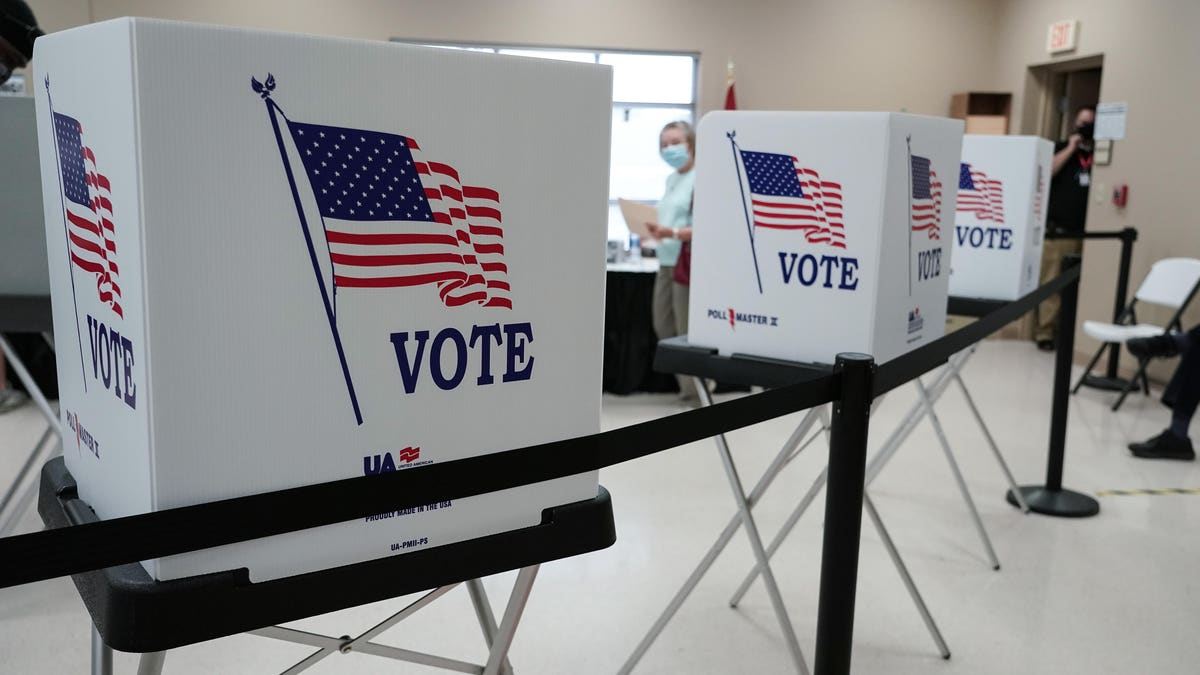