Joe Biden has arrived at the Capitol as we are less than an hour away from him being sworn in as the 46th president of the United States.

Mr Biden climbed the steps of the building with Kamala Harris to meet their predecessors, with George and Laura Bush, Barack and Michelle Obama and the Clintons all spotted arriving in the capital.

Donald Trump left the White House earlier in the day, but not before receiving a 21 gun salute at Joint Base Andrews, in Maryland, then delivering a speech saying his administration “left it all on the field” and told the small gathered crowd it was a “privilege to be your president.”

Mr Trump then boarded Air Force One with wife Melania and will fly to Mar-a-Lago, Florida, breaking precedent by not attending the inauguration this afternoon.

It comes amid a heavy security presence in the capital as 20,000 US National Guard are on hand to support law enforcement just days after the Capital riots.

Mr Trump’s last act in office was to offer pardons or clemency to 143 people, including his former adviser Steve Bannon and rapper Lil Wayne.

Biden sworn in as 46th president of United States

Joe Biden has been sworn in as the 46th president of the United States, on the front steps of a heavily fortified US Capitol, writes Griffin Connolly.

Mr Biden, a longtime senator from Delaware, is the 15th former vice president and second Catholic to become commander-in-chief.

The Democrat takes over command of the American executive branch from his 2020 election opponent, Republican Donald Trump, with a desire to hit the ground running to address the ongoing coronavirus pandemic and its resultant economic ruin.

Kamala Harris has been sworn into office as the 49th vice president of the US, the first woman to hold the office in the nation’s history, as well as the first Black woman and first woman of South Asian descent to hold the title, among several of her barrier-breaking firsts in a country reeling from generations of racial injustice.

She was sworn in by Sonia Sotomayor, the first Latina Justice on the US Supreme Court.

Her inauguration, alongside 46th US president Joe Biden, succeeds a chaotic four-year governance under now-former president Donald Trump, who fled the nation’s capital hours before the ceremony on 20 January.

Kamala Harris has been sworn into office as the 49th vice president of the US, the first woman to hold the office in the nation’s history, as well as the first Black woman and first woman of South Asian descent to hold the title, among several of her barrier-breaking firsts in a country reeling from generations of racial injustice.

Kamala Harris is sworn in as Vice President

Kamala Harris has officially been sworn as the Vice President of the United States in by Supreme Court Justice Sonia Sotomayor, who became the first Latina on the Supreme Court in 2009.

The moment was historic as Justice Sotomayor swore in the nation’s first female, first Black, and first Southeast Asian vice president in history.

Lady Gaga was the singer selected to since the National Anthem at the swearing-in of Joe Biden and Kamala Harris.

The pair are relived their peaceful transfer of power with "42" photobombing "43" as ex-president of the United States united at the inauguration of "46", Joe Biden.

Mr Bush, the only Republican ex-president in attendance, was posing with Democrat Jim Clyburn while Mr Bush hovered in the background before the inauguration officially began.

Minnesota Senator Amy Klobuchar opened the swearing in of Joe Biden as the 46th president of the United States on Wednesday.

Her speech started with her acknowledging the riots that took place at the US Capitol exactly two weeks ago.

“When an angry, violent mob staged an insurrection and desecrated this temple of our democracy, it awaken us to our responsibilities as Americans,” she said. “This is the day when our democracy picks itself up, brushes off the dust and does what America always does — goes forward.”

"We pledge today to never take our democracy for granted as we celebrate its strength," Ms Klobuchar added.

She went on to state the historical significance of the incoming Biden administration, specifically when it comes to Mr Biden’s choice of vice president.

“We celebrate our first African-American, first Asian-American, and first woman Vice President – Kamala Harris, who stands on the shoulders of so many on this platform who have forged the way to this day,” she said.

“Little girls and boys will know that anything and everything is possible."

Kamala Harris and her husband arrive to take their seats

Vice President-elect Kamala Harris and her husband Doug Emhoff, who will become the nation’s first second gentleman, have arrived at the US Capitol stage to take their seats for the inauguration.

Her outfit is a purple dress and matching coat. She said the outfit was "a nod to Shirley Chisholm, who ran for president decades ago and inspired her career."

The Obamas arrive onstage at the Inauguration

Barack and Michelle Obama arrived onstage at the Inauguration to support Joe Biden as he is sworn in as the 46th president of the United States.

Mrs Obama made a show on social media for her choice of a maroon pant and top combination with a matching coat.

This moment was especially important for the Obama administration given the Trump presidency came in response to Americans unhappy with the 44th president.

Vermont Senator Bernie Sanders is at the inauguration wearing a striking pair of patterned mittens that he was apparently given on by a teacher two years ago. 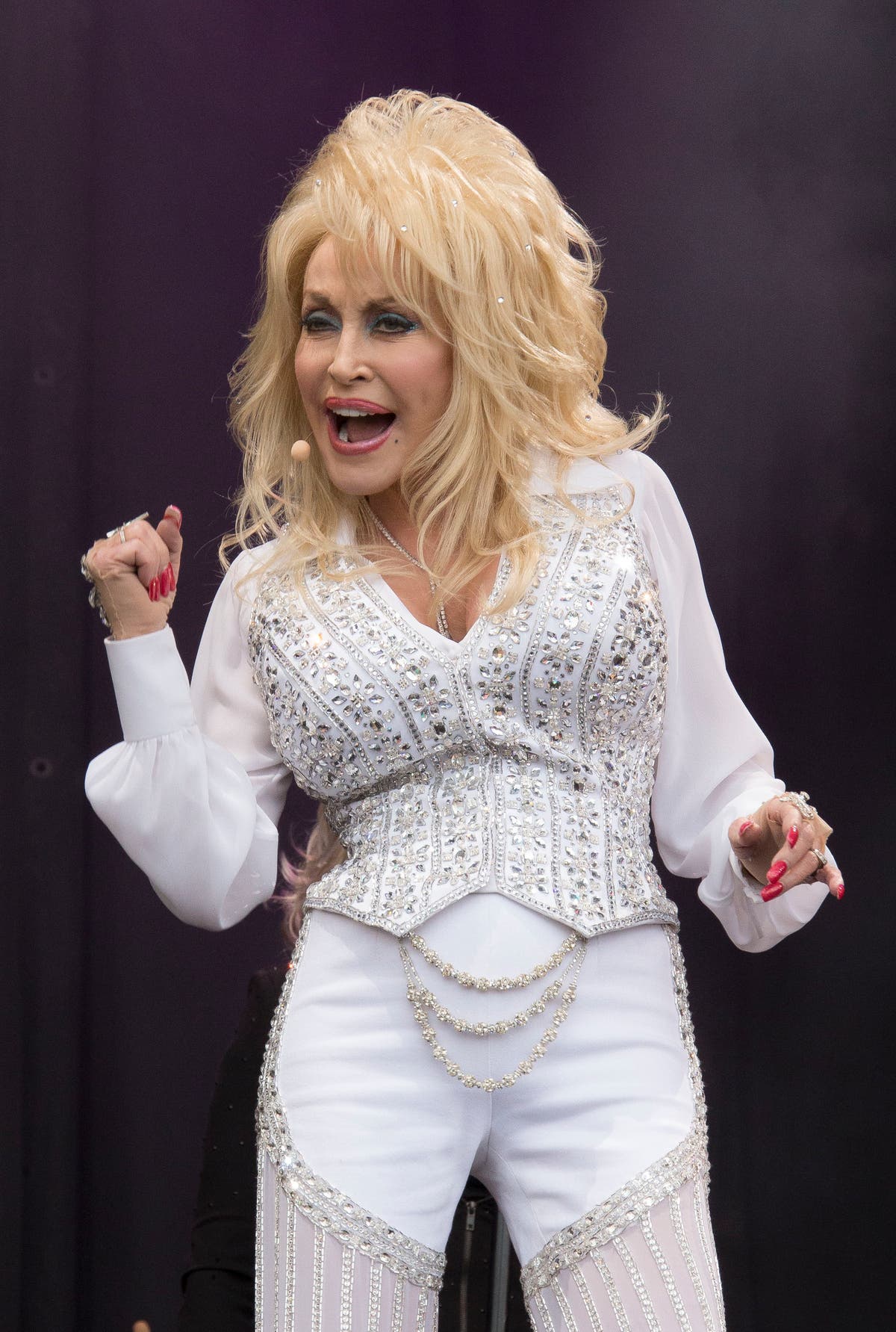 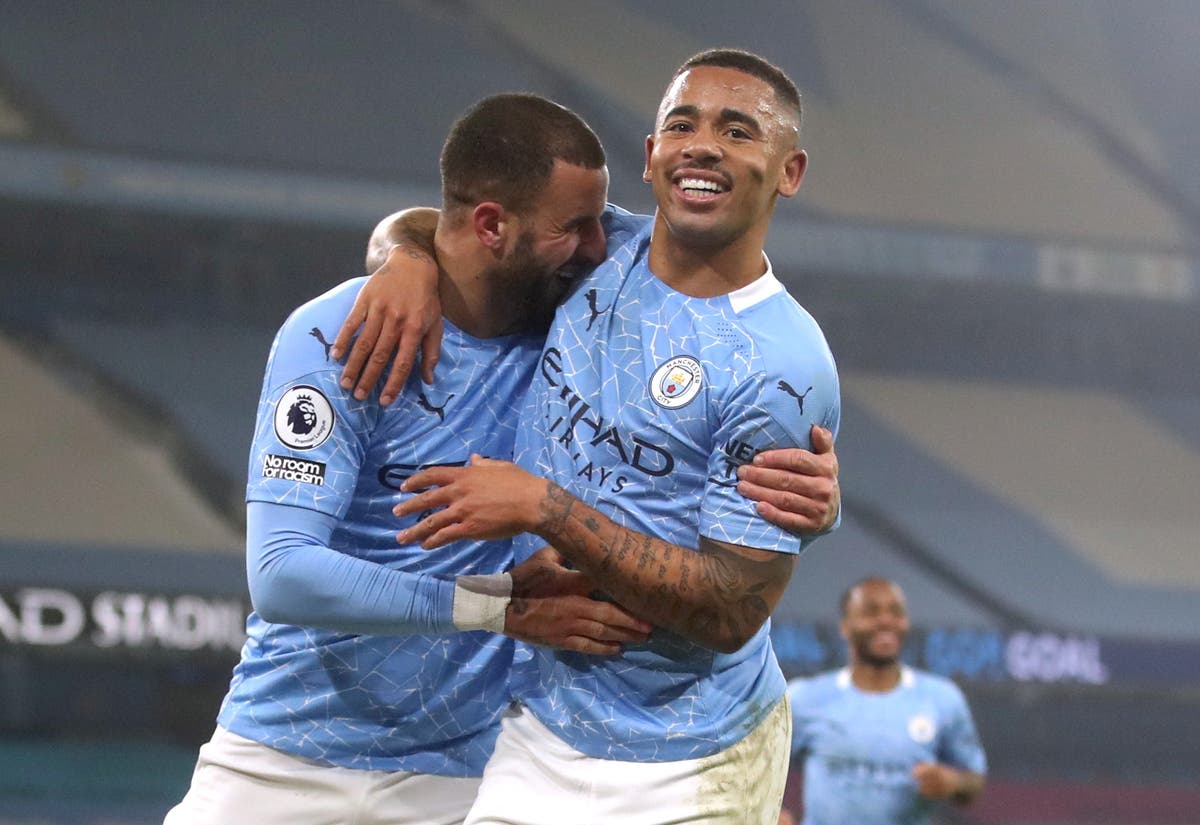 Manchester United are our only focus, insists Pep Guardiola as City close in on record winning streak