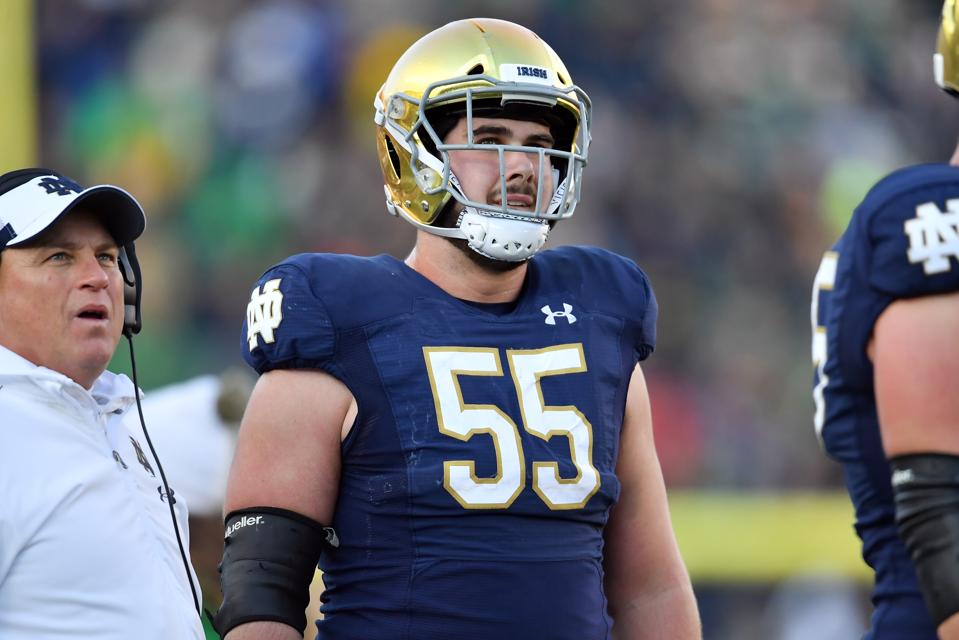 In 31 games as Notre Dame’s starting quarterback, Ian Book has worked with just two starting centers: Sam Mustipher, now a backup with the NFL’s Chicago Bears, and Jarrett Patterson, one of the most physically gifted to play the position in program history.

With the second-ranked Fighting Irish trying to reach the College Football Playoff for the second time in three seasons, this is no time for breaking in a new center, but that’s the situation at hand.

According to multiple reports, Patterson will miss the rest of the season after suffering a foot injury in the Nov. 14 win at Boston College. The third-year sophomore from Mission Viejo, Calif., was the anchor of one of the college game’s most experienced and accomplished offensive lines.

Joining Patterson on the shelf, according to Irish Illustrated, will be senior right guard Tommy Kraemer. Already dealing with back issues, Kraemer reportedly underwent an emergency appendectomy on Friday.

With a combined 147 consecutive individual starts, the Irish line was considered the frontrunner for the Joe Moore Award given annually to the best FBS line in the land. Notre Dame last won it in 2017, when future NFL standouts Quenton Nelson and Mike McGlinchey were steamrolling opponents.

Now, at 8-0 heading into a Black Friday road game at prolific North Carolina, Book must get familiar with a new center. Redshirt freshman Zeke Correll, a former four-star recruit from Cincinnati, is expected to get the nod with versatile fourth-year junior Josh Lugg stepping in for Kraemer. 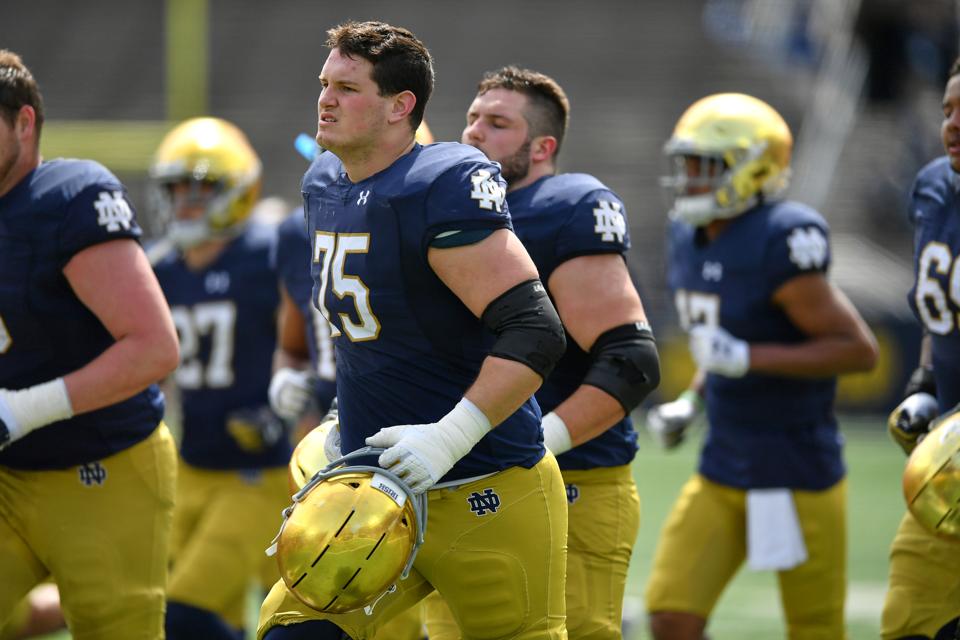 Lugg successfully subbed for injured right tackle Robert Hainsey last November and started the rest of the way during a season-ending six-game winning streak. But after going 19-2 with Patterson at center, there will be an adjustment period with Correll snapping the ball..

Asked recently about the Irish line’s effectiveness, Patterson said it was a matter of “seeing everything through one set of eyes.”

In his second season as a starter, Patterson had been given more responsibility in calling out pass protections and making last-second line adjustments as he identified expected blitzers..His communication level, not just with Book but with the rest of his fellow linemen, was at a graduate-school level.

Now, out of necessity, a pair of replacements must step in on the fly for line coach Jeff Quinn and try to keep lead back Kyren Williams and friends in a groove. Just four offenses had more rushing touchdowns through Saturday than Notre Dame’s 24.

Three tuneups and less than a month remain before an expected rematch with Clemson in the ACC Championship on Dec. 19 in Charlotte. Suddenly, the pressure is on for Correll, Lugg and the rest of a newly disrupted Irish offensive line. 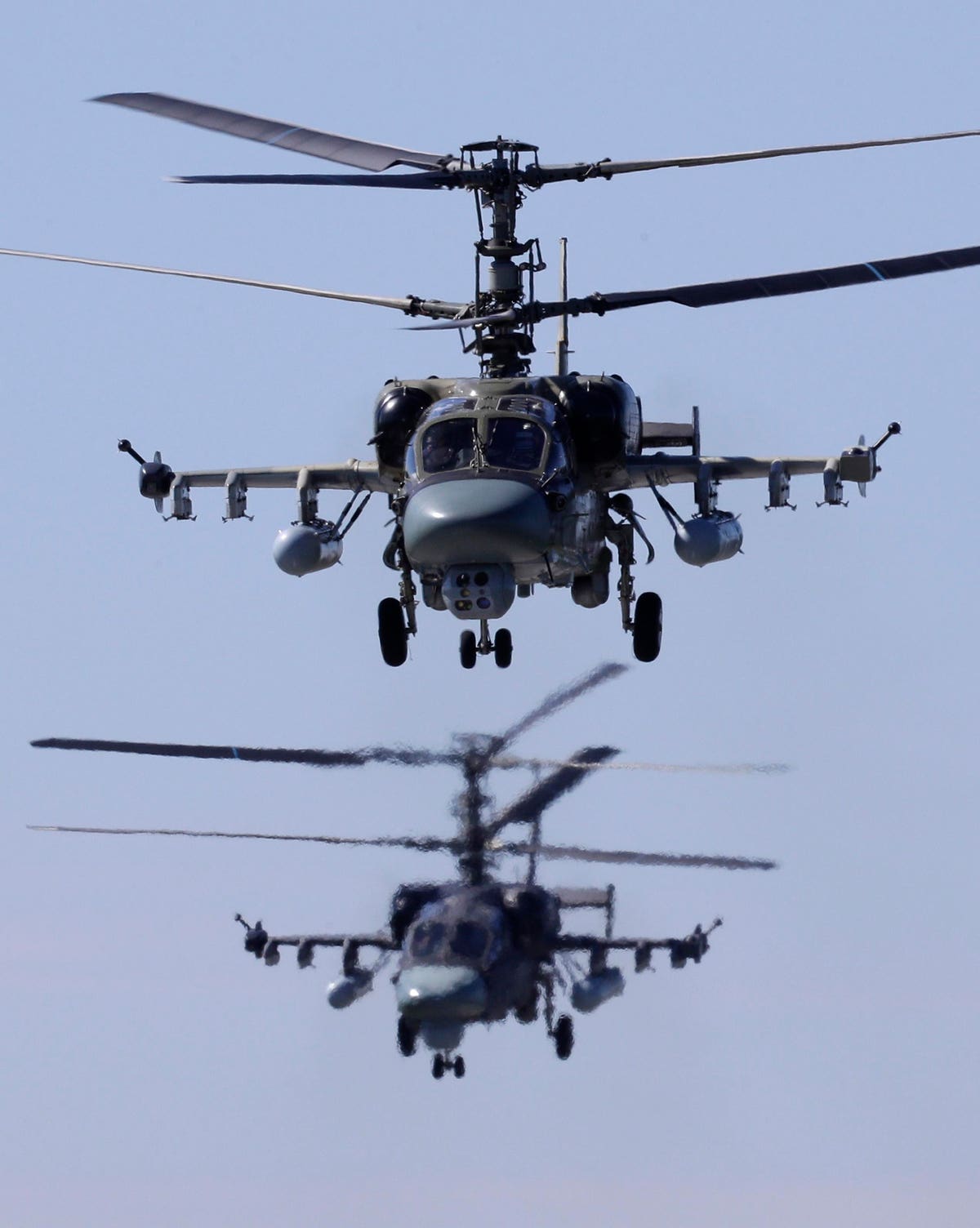 Is Russia Arming Its Helicopters With Long-Range Cruise Missiles? 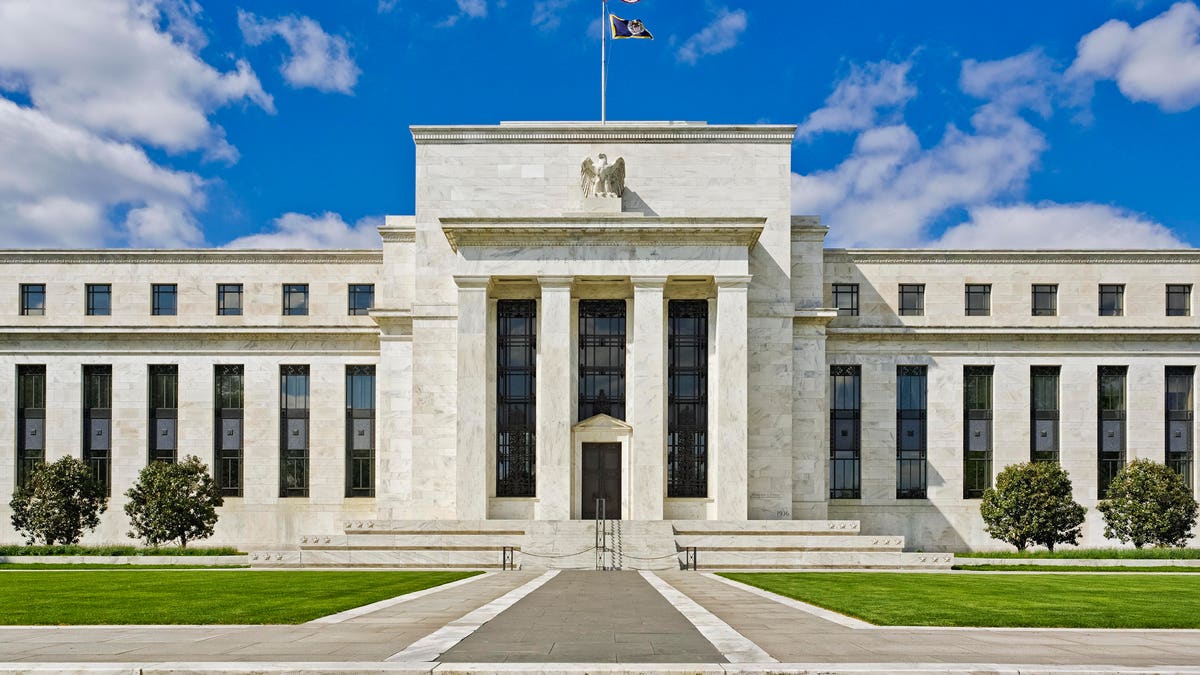