A federal judge on Thursday rejected a conservative group's call for the 2021 Major League Baseball All-Star Game to move back to Atlanta, its original host site, after MLB opted to move the game away to protest new voting restrictions in Georgia. 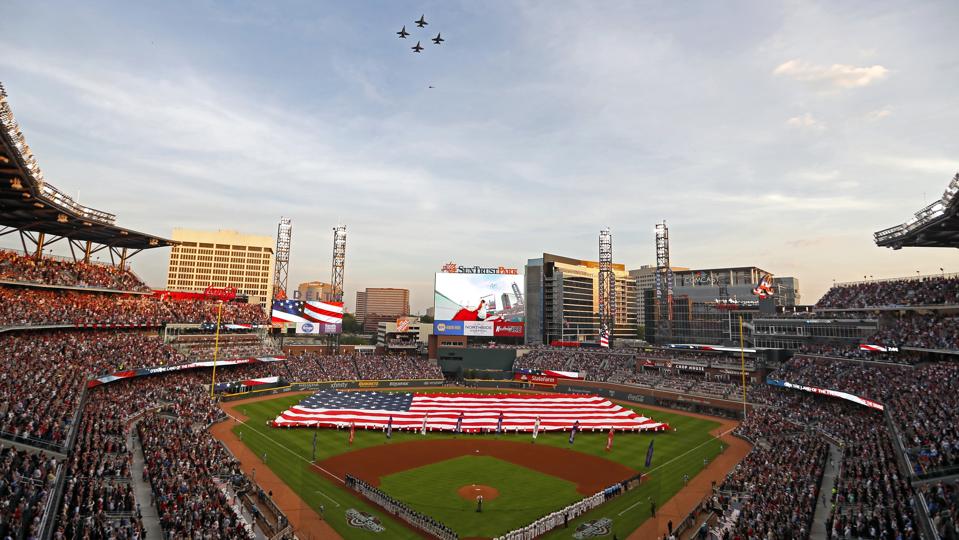 An American flag is displayed in the outfield as a flyover takes place during the singing of the ... [+] national anthem prior to the Atlanta Braves home opener versus the San Diego Padres on April 14, 2017, at SunTrust Park (now Truist Park) in Atlanta. (Photo by Todd Kirkland/Icon Sportswire via Getty Images)

The conservative Job Creators Network group filed a lawsuit against the MLB and its players' union last week, seeking over $1 billion in damages along with an injunction that would force the All-Star Game to be played in Atlanta.

The group claimed the private sports league's decision violated the U.S. Constitution by violating the rights of business owners, among other claims dismissed as "political theater" by the Major League Baseball Players Association union.

The suit was filed in federal district court in Manhattan, where Judge Valerie Caproni denied the request for injunction Thursday.

“The Founding Fathers did not bestow upon American cities the right to an MLB All-Star Game,” lawyers for the MLBPA said.

On April 2, MLB decided to move its 2021 All-Star Game out of Atlanta in response to a new law passed by Republicans in the state enacting numerous new voting restrictions. The law led to widespread backlash, including from the business community after activists threatened boycotts. Major Georgia brands like Coca-Cola, Delta and Aflac were among hundreds of companies to publicly denounce the new law.

MLB moved the host site for the All-Star Game to Coors Field in Denver. It's scheduled to be played on July 13.