The Olympic swimmer and her uncle, a co-owner of the Islanders, are competing this week for berths on their biggest stages. A little frantic air travel to cheer on close family is nothing. 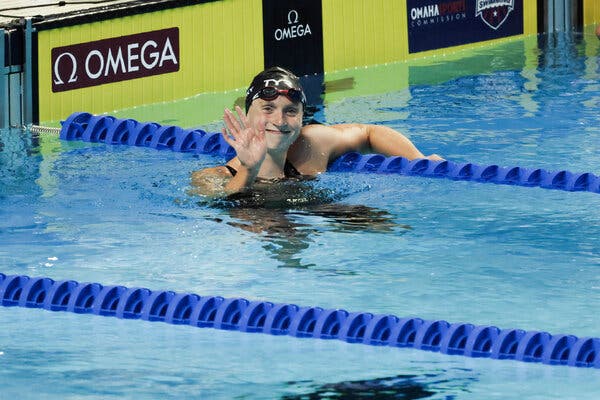 Katie Ledecky waving at her family, which includes her uncle, Islanders co-owner Jon Ledecky, in the stands after her 1,500-meter freestyle preliminary race on Monday.Credit...Hiroko Masuike/The New York Times

OMAHA — Katie Ledecky’s summer solstice fell five days early on the calendar, as she traveled her longest path through the United States swim trials on Tuesday by logging 1,900 meters of racing — 2,300 meters in a 24-hour span if you include her laborious victory in the 400-meter freestyle late Monday — and qualifying for a third consecutive Olympics.

Her unending day, made longer still by the additional mileage she put in warming up and down before and after races, was exhausting. But her uncle, Jon Ledecky, possibly had it worse.

Sleep can wait for Jon, who is wringing the most out of a week in which his two greatest sporting loves, Katie and the Islanders team that he has co-owned since 2016, are vying for berths on their biggest stages. The Islanders opened their N.H.L. semifinal series against the Lightning in Tampa with two games, on Sunday and Tuesday. Katie, a five-time Olympic gold medalist, opened her ambitious week of swimming on Monday with the preliminaries and final of the 400 freestyle.

The Ledeckys are a tight-knit family, and for more than a year were unable to be together in one place on holidays and other occasions because of pandemic-related restrictions on travel and gatherings. The swim trials at CHI Health Center mark the first time since Christmas in 2019 that Katie has been with her parents and older brother, Michael. Jon Ledecky didn’t want to miss the reunion, but Katie was worried about him racing between Long Island, Florida and Nebraska. 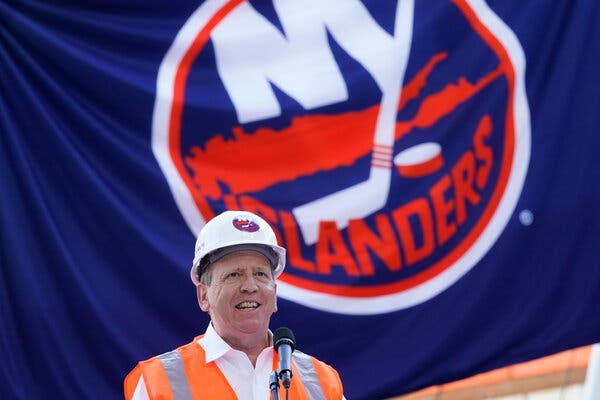 Jon Ledecky in October at the Islanders’ arena under construction at Belmont Park.Credit...Mary Altaffer/Associated Press

How would he pull it off, flying commercial with connections, to get from puck drop to the pool, back to hockey, then back again to swimming? His itinerary was as ambitious, with as little room for error, as her own racing schedule, freestyles of 100, 200, 400, 800 and 1,500 meters.. It touched her deeply that Jon would go to such trouble when, as of Wednesday, they hadn’t yet been able to hug or even see each other up close.

“It’s incredible,” she said. “He’s such a great supporter and really kind of a part of our immediate family.”

After the Islanders’ 2-1 victory Sunday afternoon, Jon Ledecky traveled from Tampa to Omaha through Atlanta, arriving after midnight at his hotel, where Katie made sure to have a chicken Caesar salad delivered and waiting in his room in case he was hungry. The next night, Jon ate a late dinner at a sports bar a short walk from his hotel and saw his two worlds juxtaposed on the wall of TVs, with Islanders highlights filling screens next to news flashes of Katie becoming a three-time Olympian via her victory in the 400 freestyle.

“It’s so cool that we have these things going on right now together,” said Katie, who made sure to wave to her uncle during the pre-race introductions for her Monday swims and again on Tuesday before her preliminary performances in the 200 and 1,500 freestyles.

Her heat of the 1,500, one of three events in which she holds the world record, went off at quarter-past noon, and Jon, seated alongside Katie’s parents and brother, spent the next 15 minutes, 43.10 — the duration of her race — exhorting her with cries of “Come on, Katie” and “Go, Katie.”

After Katie finished, Jon stayed long enough to pump his fists in her direction and applaud her effort. Then he rose from his seat and ran toward the exit to catch a ride to the airport for his 1:36 p.m. flight. Less than six hours later, he was in his seat for the opening face-off of the Islanders’ 4-2 loss in Game 2 of the best-of-seven series.

The stakes are so high this week at the trials — make the U.S. team or wait three long years for another shot — swimmers do everything in their power to limit distractions. They delete apps, turn their phones off or leave them back in their rooms. Katie, however, has allowed a little of the outside world in.

After posting the top time in the 200 freestyle semifinals Tuesday night, she made it clear in her post-race news conference that she was following the Islanders’ game, which was in the second period when she took her seat in front of the microphone.

“I think it’s 1-1 unless somebody scored in the five or 10 minutes since we’ve been here,” she said.

The Islanders are tied in their playoff series with the Lightning 1-1.Credit...Bruce Bennett/Getty Images

Ledecky, who is from the Washington, D.C., suburb of Bethesda, Md., grew up cheering for the Washington Capitals, but she has also become an avid Islanders fan because of her uncle’s involvement with the team.

Holed up by herself last year in her apartment near the Stanford University campus, Katie, 24, said, “I made sure I was able to watch the games because it provided a little bit of entertainment.”

On Wednesday, Ledecky was the night’s headliner, competing in the 200 freestyle final, followed an hour later by the final of the 1,500 freestyle, which will be contested for the first time by the women in the Olympics in Tokyo.

The racing spectrum she had to straddle, contending with 50 and 100 sprinters in the 200 and two 10k open water Olympians in the 1,500, was formidable. Jon Ledecky, going back and forth — twice — between a frozen sheet of ice and a chlorinated pool, straddling sports, states and airline schedules as if it was no big deal, was back in his seat in time to watch Katie win both her races.

Katie will get a rest Thursday after deciding not to swim the 100 freestyle. Her uncle, in the meantime, will keep moving. He has Game 3 of the semifinals at Nassau Coliseum to attend.

“I hope he’s getting a little rest,” Katie said. 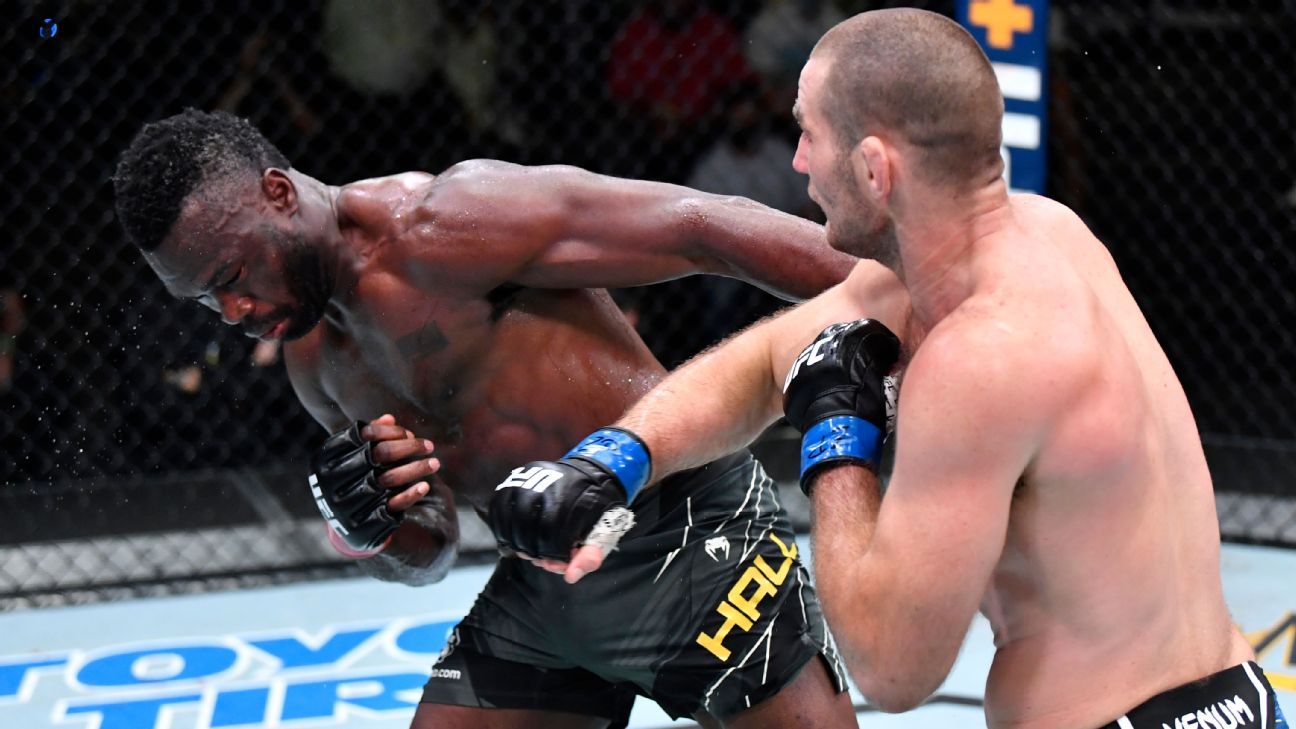