Manchester United are set to miss out on two high-profile signings this summer as Tottenham look to have won the race for Real Madrid pair Gareth Bale and Sergio Reguilon, despite strong links to Old Trafford this summer.

Tottenham are closing in on an agreed season-long loan despite United being in a better position to meet Bale’s significant wage demands of £600,000 per week, which he currently receives from Real Madrid.

United have also lost the race with Spurs for left-back Reguilon, and while they continue to hunt Jadon Sancho from Borussia Dortmund, the reality is Sancho may be out of their price range.

One possible arrival that has emerged though is Atalanta’s 18-year-old winger Amad Traore, who caught the eye during last season’s Serie A campaign.

BALE UNITED MOVE WOULD HAVE BEEN ‘MORE ADVANTAGEOUS’ FOR REAL MADRID

Real Madrid would have received a better financial package had Gareth Bale opted to join Manchester United, according to AS.

The Spanish outlet claim it would have been ‘much more advantageous’ for the Spanish champions.

Spurs are expected to only be able to pay 50% of the Welshman’s salary in their proposed loan deal.

They will also not pay a loan fee, something United would have included in any potential offer.

The Red Devils were also reportedly able to pay a bigger portion of Bale’s wages.

But the player is believed to be set on a return to his former club.

Former United winger Ryan Giggs joked that Roy Keane speaks “a lot of sense” after he claimed his former teammate would be worth £2bn in today’s market.

The ex-Ireland international also valued David Beckham at £1bn and, in typically self-deprecating fashion, put himself at a measly £3.75m.

"I don't know about £2bn, but I think Roy's point was that now you're seeing average players go for massive sums.

"You look back at some of the players that we played with. I mean, what would they be worth now?

"Ruud van Nistelrooy, just an unbelievable goalscorer. What would he be worth now? Where you're just guaranteed goals every season, so I think that's the point that Roy was trying to make and he's right because it's just ridiculous now.

The discussion seems especially pertinent now as the Jadon Sancho saga rumbles on, with Borussia Dortmund asking for £108m for the 20-year-old.

Jose Mourinho has commented on reports of Gareth Bale’s imminent return to Tottenham.

The Real Madrid man is expected to move back to north London before the close of the transfer window.

United were also believed to be interested, but they have not pursued a deal and Bale reportedly favours a switch to Spurs.

“Gareth Bale is a Real Madrid player. I don't comment on players from other clubs,” former United boss Mourinho said.

"It's not my job to have contact with agents, I don't want to comment on that, especially on players at other clubs."

Mason Greenwood is in competition with United target Jadon Sancho for the 2020 Golden Boy award.

The 18-year-old academy graduate is amongst 40 players shortlisted for the award, including the likes of Erling Braut Haaland, Ansu Fati and Alphonso Davies.

THIAGO ‘NOT A PRIORITY’ FOR SOLSKJAER

United do not consider Bayern Munich midfielder Thiago Alcantara a priority and have not made contact over the player’s availability, the MEN report.

Liverpool remain favourites to sign the Spain international having made an official enquiry. 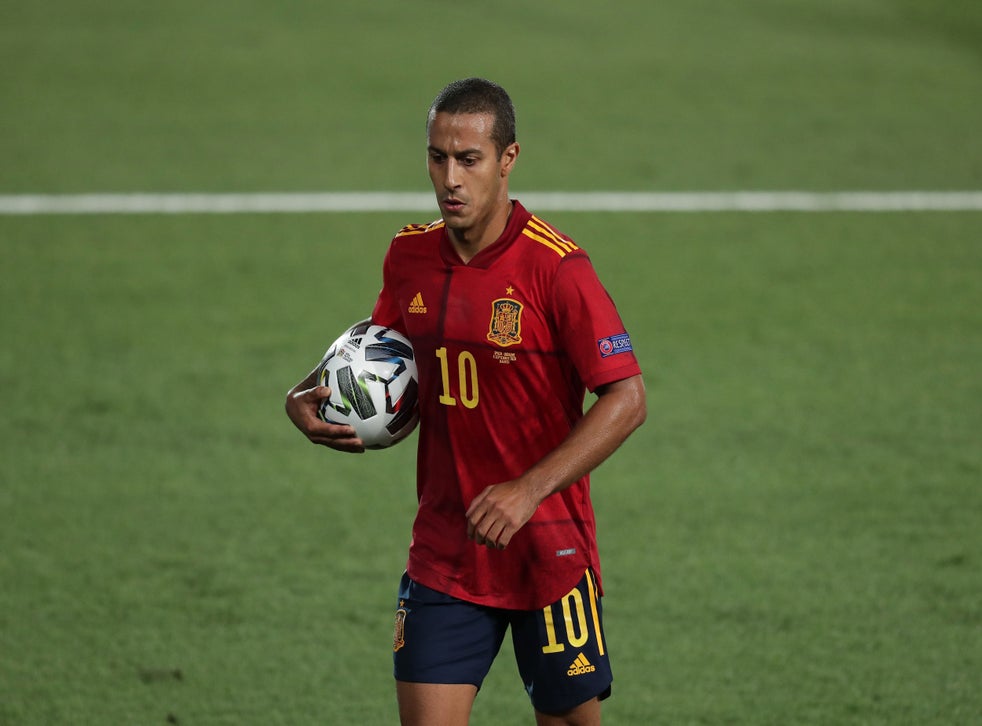 Sergio Reguilon appears to be on his way to Spurs, but United were reportedly keen on the left-back until very recently.

Real Madrid’s insistence on including certain clauses in any deal was enough to put the Red Devils off, according to Sky Sports.

Los Blancos wanted a buy-back clause of €40m, and a preemption clause which would mean United would be forced to contact Real Madrid if any club made a bid for the player.

The proposed fee of €40m was also more than United were willing to pay.

United youngster James Garner remains a target for Huddersfield Town as they look to improve their midfield options.

Yorkshire Live report that the 19-year-old could move to the Championship side on loan before the close of the transfer window.

“They're at the point now where they need to go play in the league, play in a first-team environment, playing in those games every week where they are going to be stretched and find it hard,” United under-23s manager Neil Wood said of the club’s youngsters.

"The incentive is there, it is not like they're going on loan and we are trying to find an exit strategy for them.

"They are going on loan to show how good they are, to show what they can do and to make an impact at the club they are going to be at, and hopefully come back to be a Manchester United player."

SANCHO PURSUIT WILL GO TO THE WIRE

United will continue their pursuit of Jadon Sancho until the final day of the transfer window.

That is according to the the Athletic’s David Ornstein, who claims the Premier League side are not willing to give up yet having invested so much time in the potential deal.

Recent reports have claimed United are searching for alternatives to Sancho, with the likes of Gareth Bale, Ivan Perisic and Douglas Costa linked with a move to Old Trafford.

But the Borussia Dortmund youngster remains the prime target, despite the asking price of £108m.

Manchester United are looking into the possibility of signing Atalanta winger Amad Traore, according to the MEN.

The 18-year-old is not viewed as an alternative option to Jadon Sancho, but instead as a player who could push for the first team in the next few years.

United are likely to face competition for his signature, and Atalanta will demand a hefty fee for one of their most promising players.

Traore became the youngest player to score on his Serie A debut in a 7-1 win over Udinese last season.

Former Tottenham and Aston Villa manager Tim Sherwood has claimed United have “no more money” and won’t be able to sign Jadon Sancho this summer.

The transfer saga surrounding the Borussia Dortmund youngster has dragged on and on and doesn’t seem to be approaching any sort of conclusion.

United also chose not to pursue a deal for Gareth Bale, who now looks set to return to Spurs.

And Sherwood, discussing another reported United target in Jack Grealish, suggested the Red Devils have nothing left in the bank.

“Jack Grealish’s contract is great news for Aston Villa, what a signing that is," he told talkSPORT.

“I thought he was nailed on to go to Manchester United, but it’s quite clear after the Van de Beek deal they’ve run out of money.

“No Gareth Bale, no Jack Grealish, there’s no more money. There will be no Jadon Sancho that’s for sure.

“They’ve run out of money, otherwise it was a no-brainer in my opinion to take that boy [Grealish] to Manchester United.”