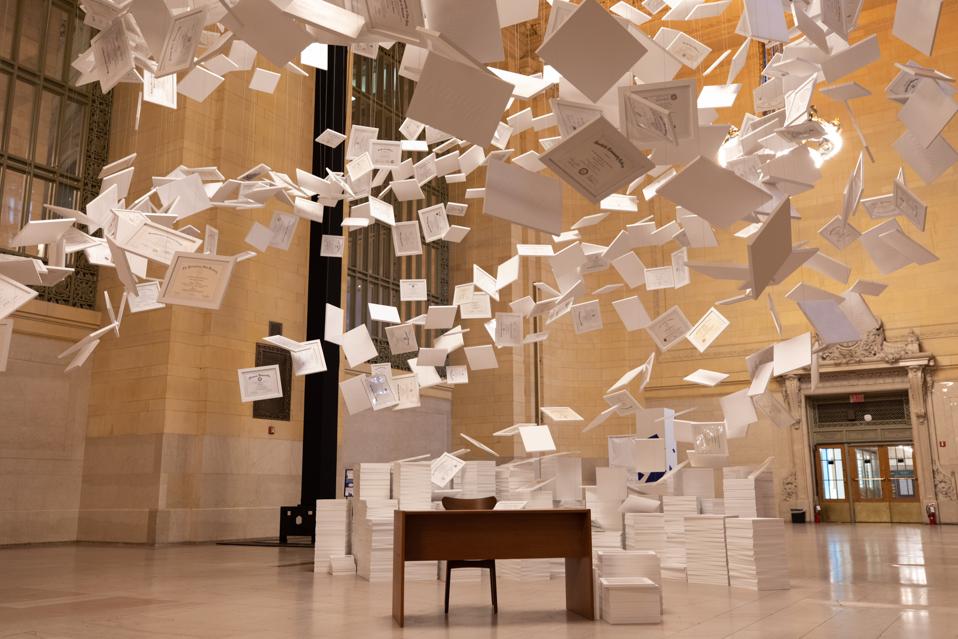 Natural Light Beer made art history today, unveiling the most expensive piece of art in the world ... [+] in an effort to call attention to the rising cost of a college diploma.

In Grand Central Terminal, beer brand Natural Light has just unveiled ‘the most expensive piece of art in the world;’ a chaotic canopy constructed from the diplomas of 2,600 college graduates.

That’s $20 million more than the most expensive work of art ever sold at auction: Leonardo Da Vinci’s “Salvator Mundi.”

The new campaign from Natural Light (or Natty Light as it’s known by the brand’s disciples) takes up a 6,000 foot space in Grand Central Terminal’s Vanderbilt Hall. The 2,600 diplomas are suspended mid-air, “as if a gale of wind had just scattered them,” according to the brand. “The design is meant to illustrate both the scale of the crippling debt crisis while also alluding to the chaotic impact college debt creates for those burdened by it.”

It’s part of a continued effort from the brand to shine a light on the country’s crippling student debt problem—US college debt hit a record high in 2021, accounting for $1.7 trillion in student loan debt. 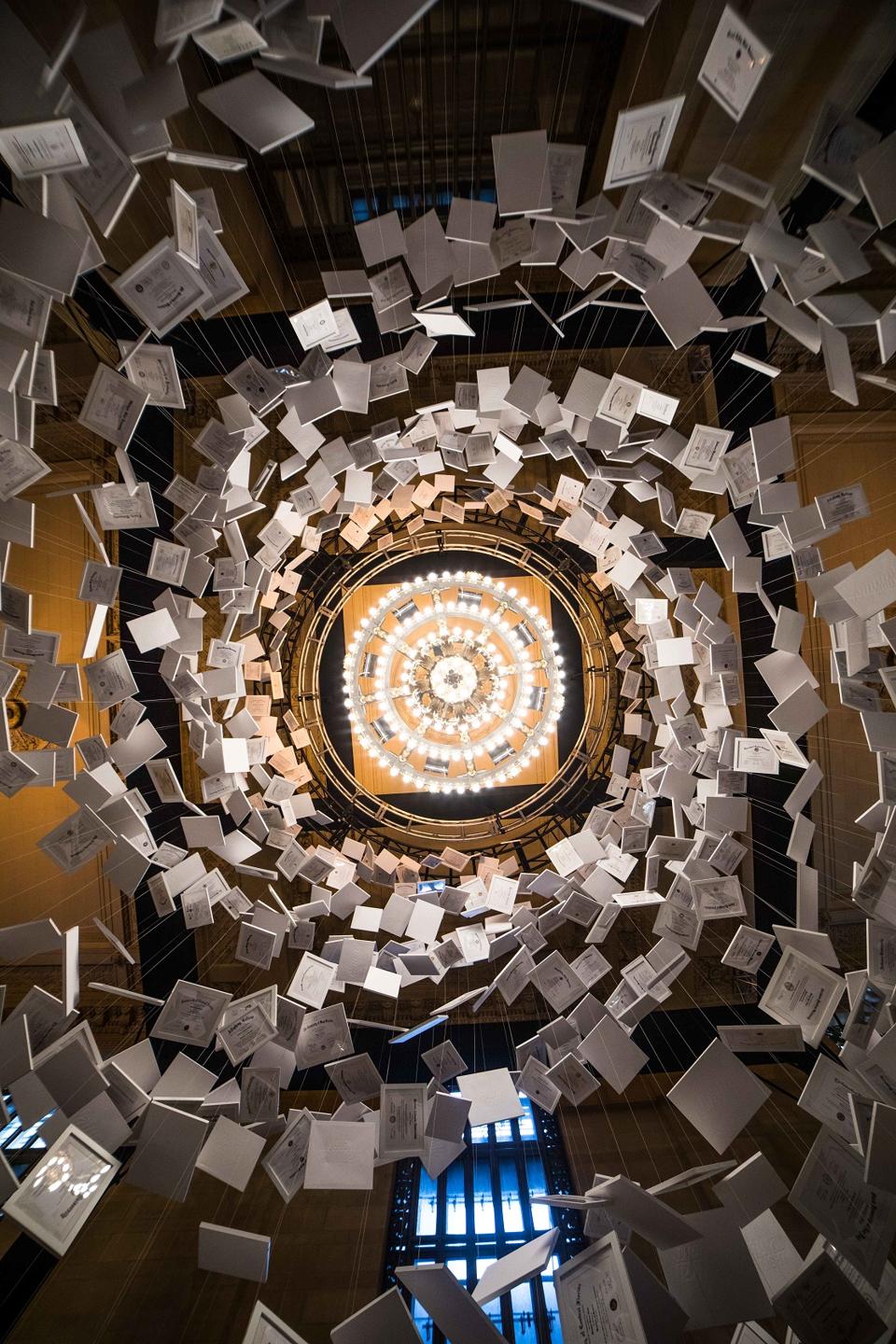 The installation is valued at $470 million.

In 2018, Natty Light embarked on a ten year, $10 million plan to help students and graduates with college debt. As part of the 2020 installment of the brand’s College Debt Relief Program, Natty Light paid graduates $100 a piece to rent their diplomas.

“Once the installation concludes, each diploma will be sent back in the condition in which it was received,” describes Daniel Blake, the vice president of value brands at Anheuser-Busch.

The exhibit is on display starting tomorrow. For those who cannot travel, Natty Light partnered with Snap to make the piece viewable via Augmented Reality on Snapchat.

“As we entered year four of our ten-year, $10 million commitment, we wanted to drive even more conversation around the outrageous cost of higher education and the continuing issue of college debt,” describes Blake. “When we looked at other mediums with ridiculous price tags, the world of fine art jumped out. We wanted to use the concept of the art industry’s sky-high valuations to help illustrate just how astronomical the cost of college has become.”

“Da Vinci of Debt’ contrasts the high price of a degree with works like Maurizio Cattelan’s (in)famous duct-taped banana (sold for $120,000) and Tracey Emin’s canonical work “My Bed” (sold for £2,546,500 in 2014), where the artist displayed and later sold her real bed, disheveled after a depressive episode.

“Natural Light chose art as a medium to amplify the College Debt Relief Program in 2021 because the costs of the art world are such a fitting analogy for the outrageous cost of attending a typical four-year college,” says Blake. 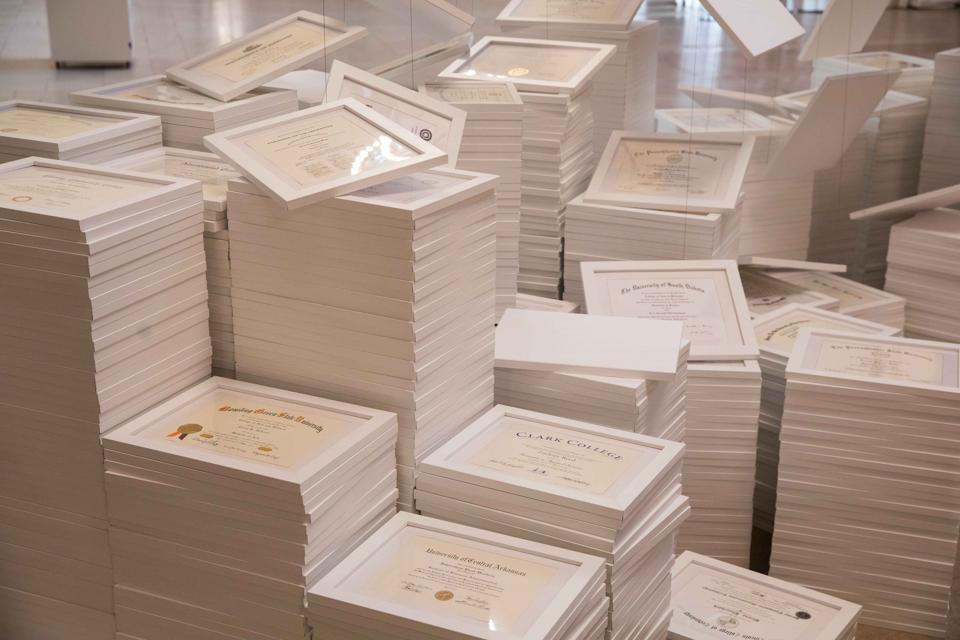 The installation is made up of 2,600 college diplomas

The campaign aims to strike a particular chord with Natty Light’s drinking demographic: college kids and budget-conscious recent grads. Student loans are hitting a pressure point. There are currently over 45 million borrowers who collectively owe over $1.7 trillion in student loan debt.

The last year of campaigns for the Anheuser Busch brand has targeted that imbiber, through everything from free flights to nowhere to star-studded virtual commencements. “One of the best examples of this was the Dorm From Home campaign, where we put a fully-functional, mobile dorm unit in the driveway of one of our deserving fans,” describes Blake. Earlier this year, Natty Light gave away $1 million to help pay off student loan debts—a total of 40 individuals received $25,000 each.

“Without the ability to physically gather in large groups,” Blake continues, “our fans felt like they were being deprived of some of their most prime opportunities to make great memories. We needed to figure out ways to reach them away from campuses, bars and concerts, and to keep the college lifestyle alive, even if they couldn’t physically be there.”

“It’s all about putting people first. By understanding what is important in their lives, we can create fun, engaging and beneficial programs. One of the biggest priorities for our fans is making epic memories, so a lot of our campaigns are designed to help them do that. Beyond that, we’re also focused on helping ease the transition from graduation into adulthood, so we try to identify issues like college debt and bring solutions to help our fans deal with them.” 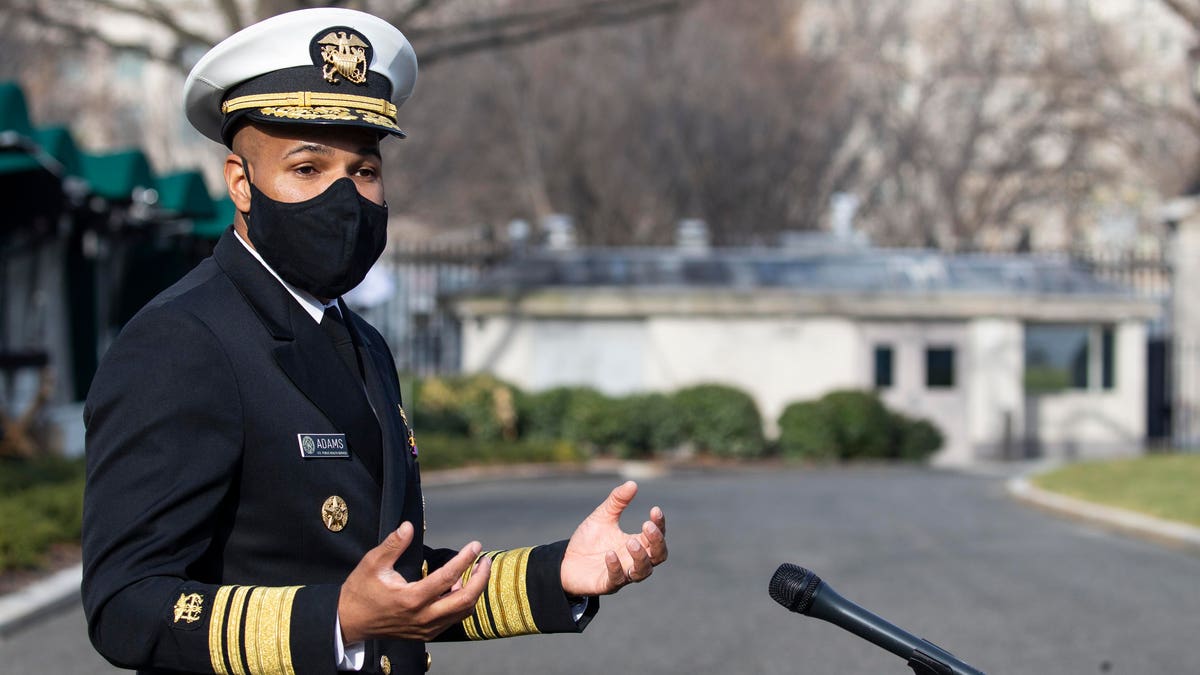 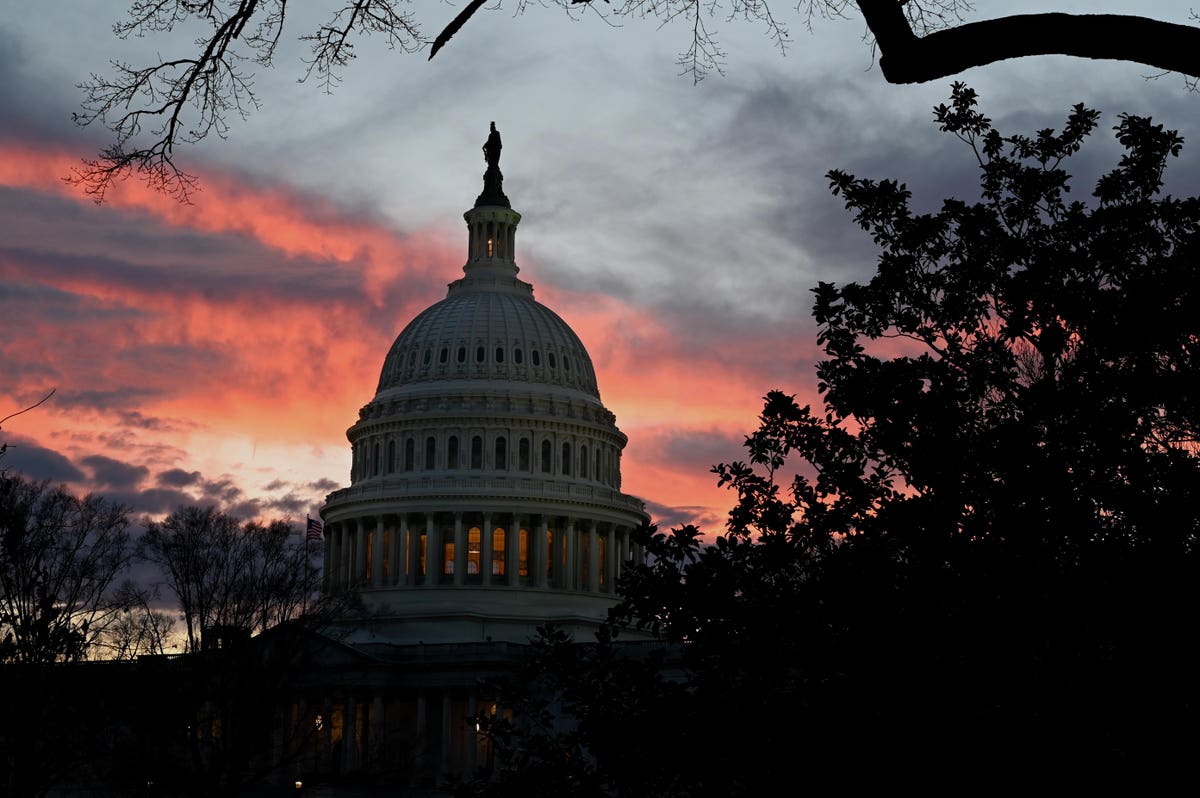 Many Have Finally Received Their $600 Stimulus Check - But Is It Enough?

Many Have Finally Received Their $600 Stimulus Check - But Is It Enough?