The tile, installed beneath a mural sponsored by the Detroit Institute of Arts and intended to honor police officers, contained imagery that some associate with a rebuke of racial justice. 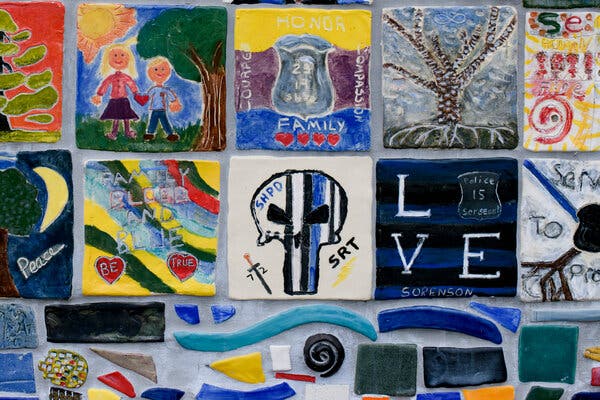 The tile that was removed, center, depicted a skull logo from a Marvel comic book character and elements of the “Thin Blue Line” flag. Credit...Brittany Greeson for The New York Times

Officials of a Detroit suburb where a new mural has been called too “pro-police” have removed an accompanying tile that depicted a skull logo that critics view as a rebuke to the racial justice movement.

The tile featured the skull imagery associated with a violent vigilante character in Marvel Comics called the Punisher, and a depiction of the “Thin Blue Line” flag, a combination that some police officers say is a show of solidarity for law enforcement but has also become associated with far-right extremism.

“We made the decision to remove it,” said Michael C. Taylor, the mayor of Sterling Heights, who added that his city would replace the tile but had no plans to scrap the rest of the mural. “We don’t want that one piece to distract from the purpose of the mural, which is to honor police service in the community”

The tiles were created by local police officers and their families in workshops at the Detroit Institute of Arts, which sponsored the mural. Most tiles focused on symbols of peace and love.

The mural honoring law enforcement that was unveiled last week on the exterior of the Sterling Heights police station also drew criticism, but it had more to do with the timing of its arrival and the role played by the museum. Critics said the public discussion should be focused instead on issues of police aggression.

The artist behind the 20-foot by 30-foot mural, Nicole Macdonald, then disavowed the painting and called for its removal, saying she no longer believed it was appropriate and that she felt used by the museum, which paid for the work as part of an initiative bringing cultural programs to the surrounding counties whose tax dollars support its operations. 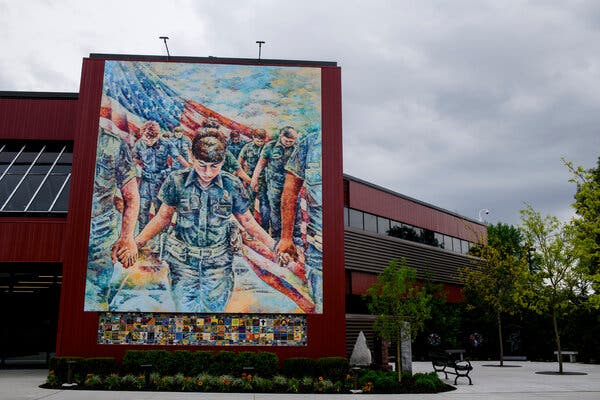 The tiles, created by police officers and their families, were installed beneath the mural on the exterior of the police station. Credit...Brittany Greeson for The New York Times

Police officials have defended the mural, suggesting it is designed to show a diversified police force working to serve in harmony with its community.

Other tiles that accompany the mural include references to the “Thin Blue Line” symbol, but the Sterling Heights mayor said those contributions would remain on view.

On Wednesday afternoon, museum leaders released a letter apologizing to employees for any discomfort that the mural’s unveiling might have created for them. The controversy comes at a time when the Detroit museum is facing questions about whether it is doing enough to serve the needs of the predominantly Black city in which it’s located or to the people of color on its staff.

“As a leadership team, we know that there were many failures and mistakes in this process. We deeply apologize to all of you, and commit to doing better in the immediate future,” reads the letter, which was signed by the museum’s director, Salvador Salort-Pons, and other executives. “Included among the tiles was an image that was particularly offensive to many in our community. Had we been aware of its symbolism, recently appropriated by white supremacist groups, we would have absolutely disallowed it.” 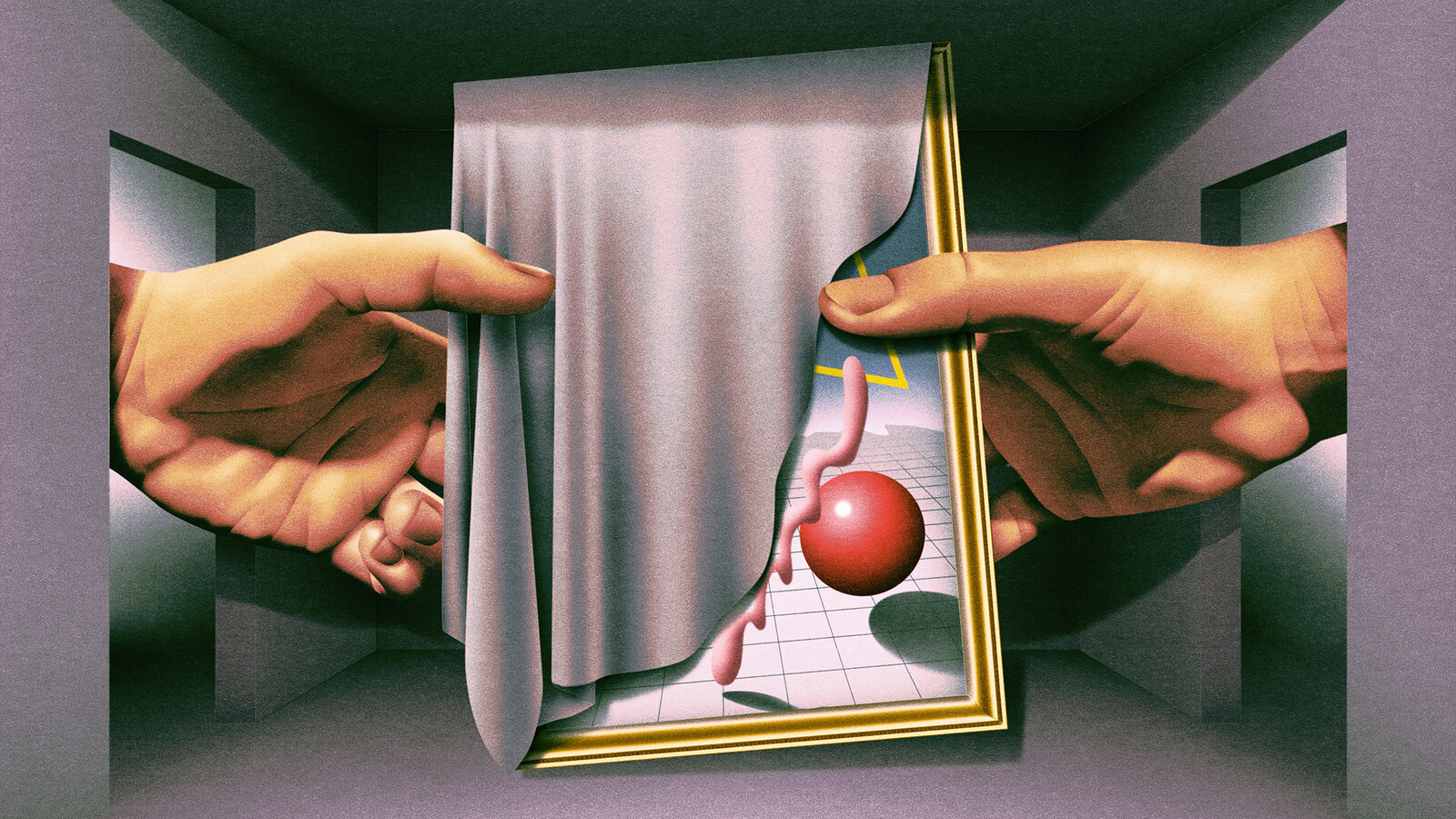 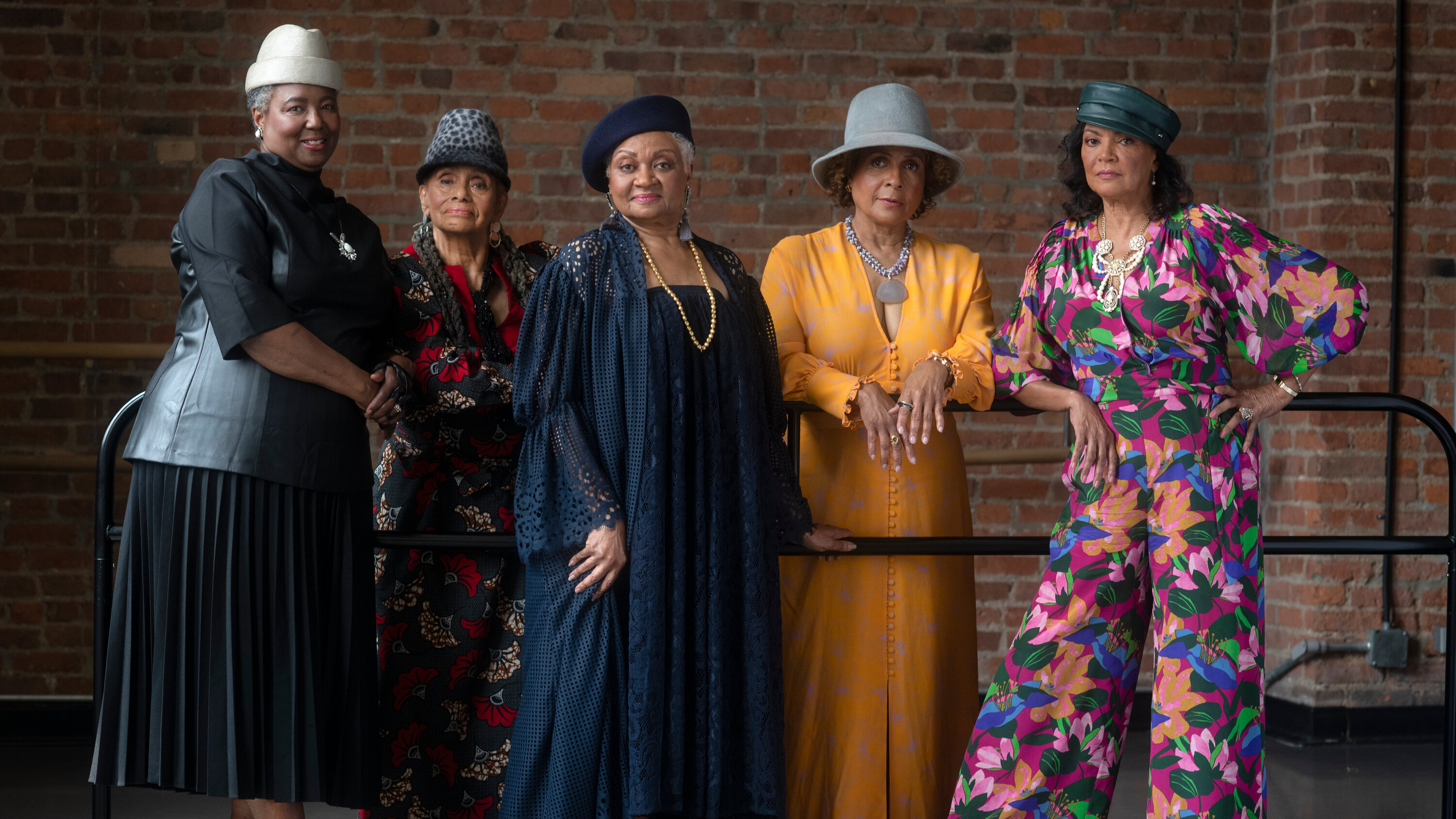 Five Pioneering Black Ballerinas: ‘We Have to Have a Voice’