The federal government is planning a targeted push to send cloth face masks to disadvantaged Americans, Bloomberg reported Tuesday, though the Biden administration is reportedly shelving a plan to send masks to every American as the Covid-19 pandemic stretches on. 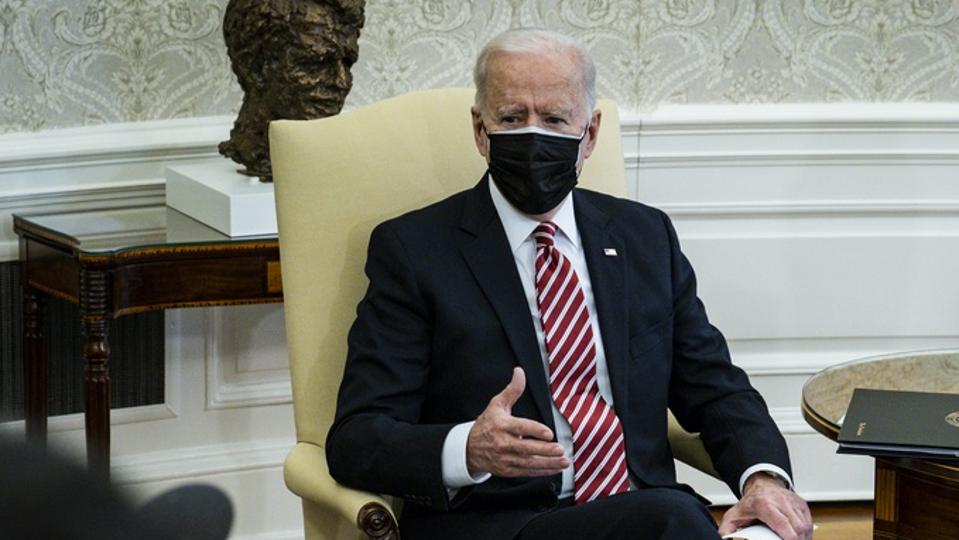 President Joe Biden in the Oval Office of the White House on February 17, 2021. (Photo by Pete ... [+] Marovich-Pool/Getty Images)

Sanford singled out “folks served by food banks and community clinics” as those who would be targeted by the effort.

The Biden administration has considered sending masks to all Americans, a White House official confirmed to Forbes earlier in February, but anonymous sources cited by Bloomberg said that plan has been “shelved for now” in favor of more targeted efforts.

President Joe Biden suggested such a plan would be coming at a roundtable event with Black frontline workers Tuesday, saying the government is “probably going to be sending out an awful lot of masks around the country very shortly, millions of them.”

The logistics of the plan are still unclear, and White House Press Secretary Jen Psaki noted at a briefing Feb. 12 that given the “underlying questions” about where to send the masks first, any plan to send out masks widely “couldn’t happen immediately.”

The notion of distributing face masks to all Americans revives a Trump-era idea from early in the Covid-19 pandemic, which would have shipped face masks to all Americans through the U.S. Postal Service. The Washington Post reported that plan was scrapped due to concerns that “receiving masks might create concern or panic.” Biden has heavily emphasized mask-wearing in the first month of his presidency, imposing policies that require face masks in all federal government buildings, public transportation, airports and on federal land like national parks. “We could have saved literally an awful lot of lives if people had listened” and not made mask-wearing a political statement, Biden said Tuesday.

The administration reportedly plans to distribute cloth masks, but some lawmakers have pushed for it to send out medical masks, as new and more transmissible coronavirus variants have provoked calls for people to wear better-quality or multiple masks. Sen. Bernie Sanders (D-Vt.), Sen. Brian Schatz (D-Hawaii), Rep. Adam Schiff (D-Calif.) and Rep. Ro Khanna (D-Calif.) sent a letter to the president on Feb. 1 urging him to distribute medical masks, saying the government “must do more to both educate Americans and to increase supply and availability of more effective masks.”

Americans may have to continue wearing masks for longer than many may think: Dr. Anthony Fauci said on CNN Sunday he “think[s] it is possible” widespread mask-wearing will continue into 2022. “I want it to keep going down to a baseline that’s so low there is virtually no threat,” Fauci said about when he feels he could stop recommending universal mask-wearing.

Could Biden Send Every American A Mask? Plan Under Consideration As Covid-19 Variants Spread (Forbes)

Americans Could Still Be Wearing Masks In 2022, Fauci Says (Forbes) 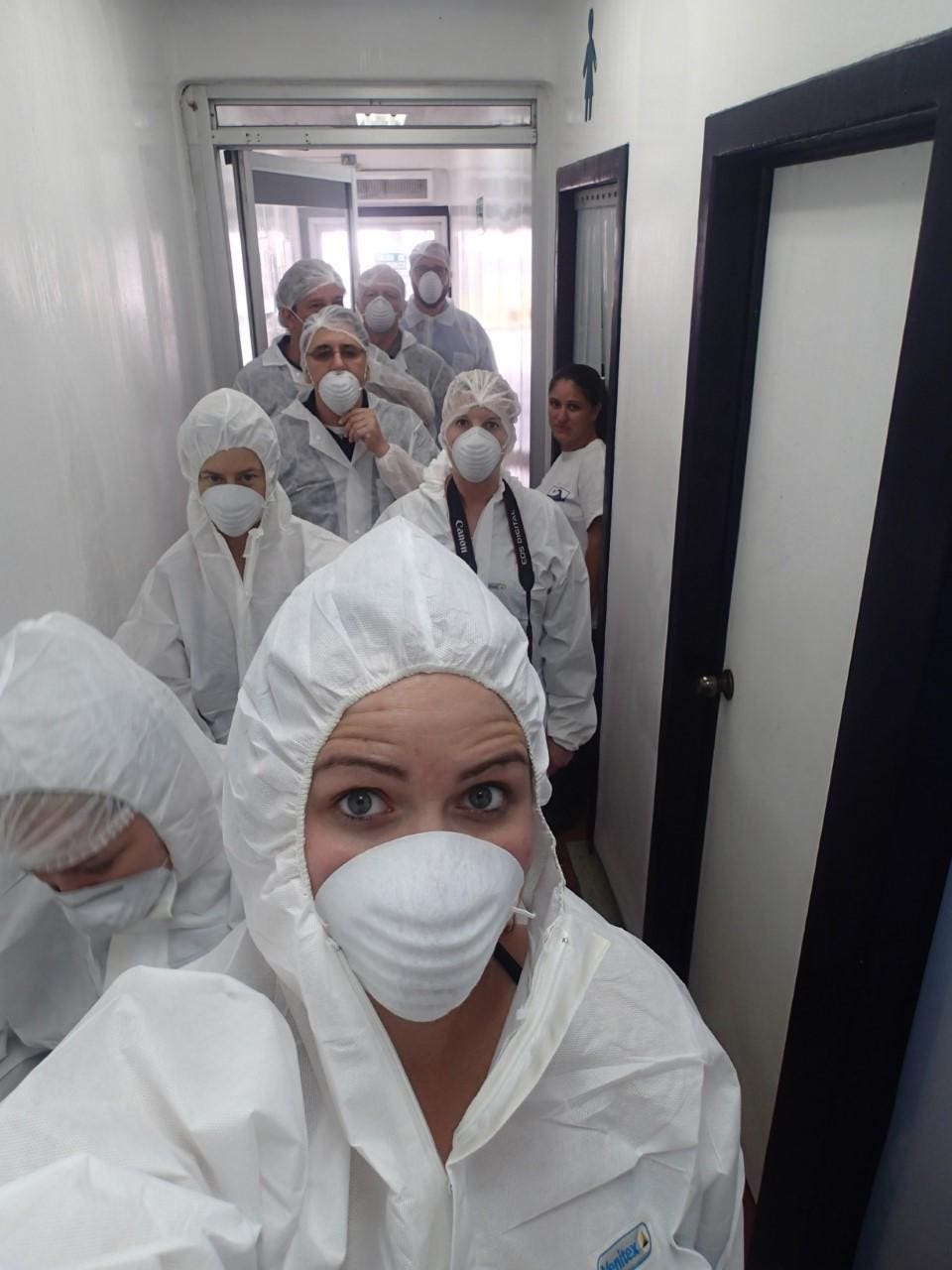 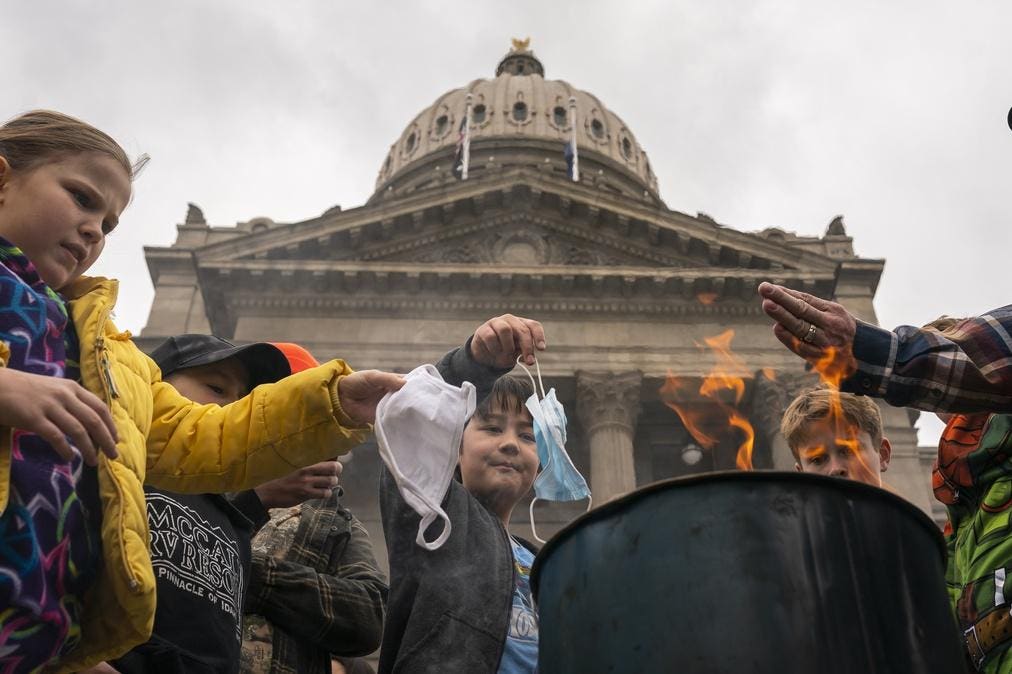 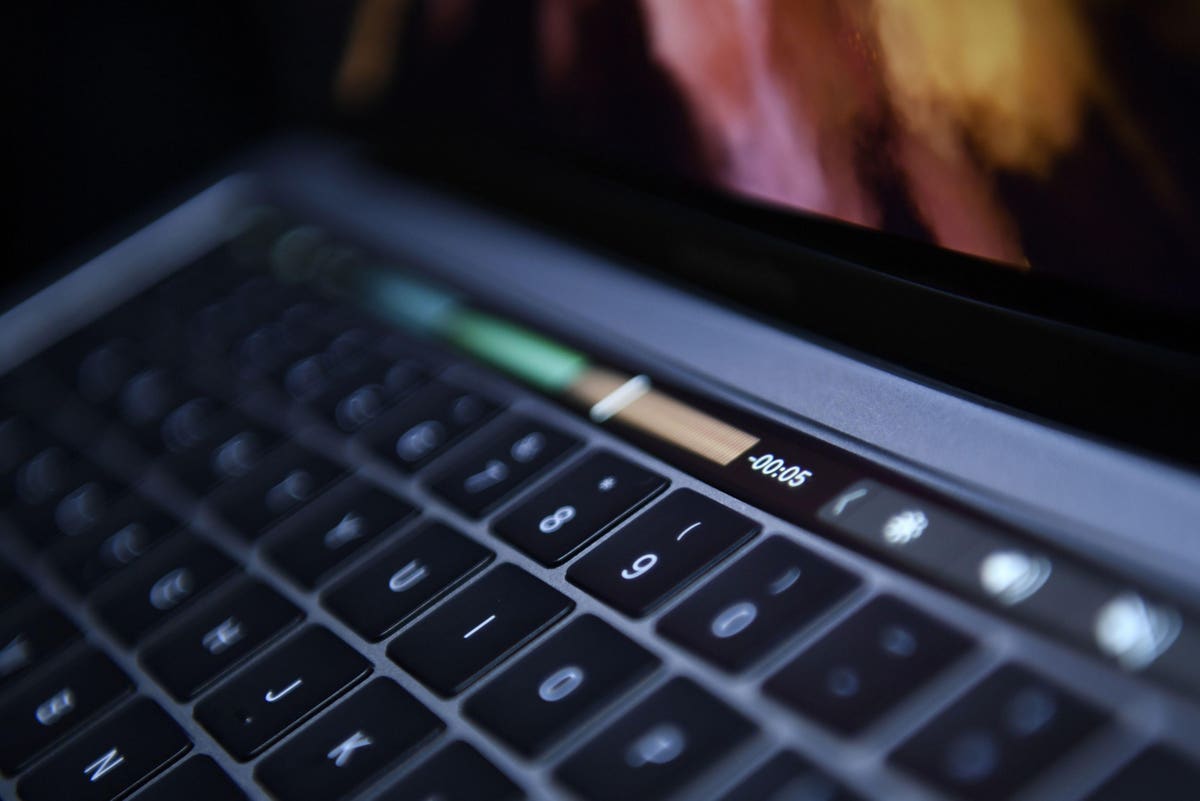