One of a cadre of women who worked behind the scenes, she did indispensable but anonymous work on classics like “Snow White and the Seven Dwarfs” and “Pinocchio.” 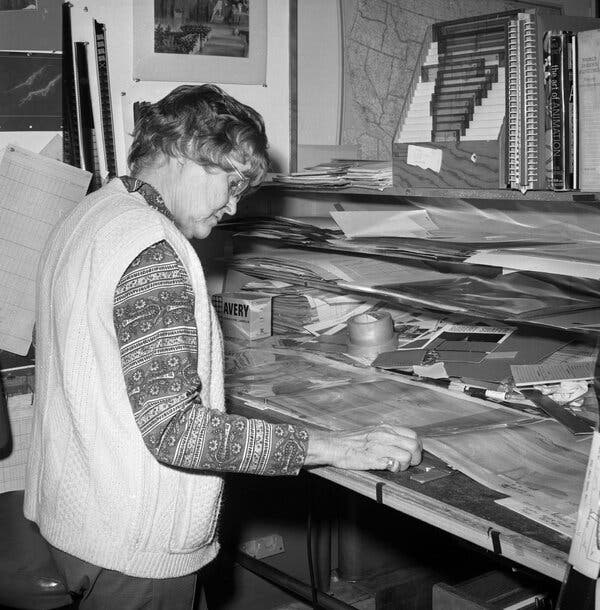 Ruthie Tompson at work in an undated photo. Over four decades she worked on nearly every one of Disney’s animated features, from “Snow White” to “The Rescuers,” released in 1977.Credit...Disney 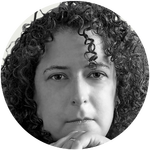 If Snow White looked suitably snowy in “Snow White and the Seven Dwarfs,” Disney’s first animated feature; if Pinocchio’s nose grew at just the right rate; if Dumbo was the correct shade of elephantine gray; all that is due in part to the largely unheralded work of Ruthie Tompson.

One of a cadre of women who in the 1930s and ’40s worked at Disney in indispensable anonymity — and indisputably one of its longest-lived members — Ms. Tompson, who died on Sunday at 111, spent four decades at the studio. Over time, she worked on nearly every one of Disney’s animated features, from “Snow White” to “The Rescuers,” released in 1977.

A Disney spokesman, Howard Green, said she died at the Motion Picture and Television Fund’s retirement community in Woodland Hills, Calif., where she had been a longtime resident.

Ms. Tompson joined Disney as an inker and painter. She later trained her eye on the thousands of drawings that make up an animated feature, checking them for continuity of color and line. Still later, as a member of the studio’s scene planning department, she devised exacting ways for its film cameras to bring those flat, static drawings to vivid animated life.

“She made the fantasies come real,” John Canemaker, an Oscar-winning animator and a historian of animation, said in an interview for this obituary in 2017. “The whole setup then was predigital, so everything was paper, camera, film and paint.”

“Pinocchio” (1940) was among the celebrated Disney films on which Ms. Tompson worked.Credit...Disney

Among the totemic films into which Ms. Tompson helped breathe life are “Pinocchio” (1940), “Fantasia” (1940) and “Dumbo” (1941), along with countless animated shorts, including the anti-Nazi cartoon “Der Fuehrer’s Face,” which won a 1943 Academy Award.

In 2000, Ms. Tompson was named a Disney Legend, an honor bestowed by the Walt Disney Company for outstanding contributions. (Previous recipients include Fred MacMurray, Julie Andrews and Angela Lansbury.)

Her accomplishments were all the more notable in that by her own cheerful admission she could barely draw a straight line. Yet her association with Disney seemed almost foreordained from the time she was very young.

Ruthie Tompson was born on July 22, 1910, in Portland, Me., and spent her early childhood in Boston. When she was 8, her family moved to Oakland, Calif.

A Disney record from the 1940s detailing some of Ms. Tompson’s job history at the studio. Credit...Disney

In 1922, after her parents divorced and her mother remarried, she moved with her mother and stepfather to Los Angeles. There she lived down the street from Robert Disney, an uncle of Walt Disney and his brother Roy.

The Disney brothers founded their first film studio nearby in 1923, and it happened to be on Ruthie Tompson’s route to school. Walking past it each day, she peered through a window, transfixed, as the work of animation unfolded.

One day, Walt Disney spied her.

“He came out and said, ‘Why don’t you go inside and watch?’” Ms. Tompson recalled some nine decades later in a podcast for the Walt Disney Family Museum.

“I was really fascinated,” she said. She returned to the studio many times, becoming something of a fixture there.

During those years, the studio was shooting the Alice Comedies, a series of silent shorts combining animation and live action, and sometimes enlisted neighborhood children as extras.

Mickey Mouse in “The Sorcerer’s Apprentice,” a sequence of “Fantastia” (1940), another Disney film on which Ms. Tompson left her mark.Credit...Disney

Among them was Ruthie, who appeared in several pictures, receiving 25 cents for each. Her cinematic salary, Ms. Tompson recalled, went toward licorice.

Her association with the Disneys might well have ended there had it not been for the fact that a decade later Walt and Roy chose to take polo lessons.

After graduating from Hollywood High School, the young Ms. Tompson took a job at a riding stable in the San Fernando Valley. Some years afterward, the brothers visited the stable to learn to play polo, which was all the rage then among the smart set.

“Ruthie Tompson!” Walt Disney declared on seeing her there. “Why don’t you come and work for me?”

“I can’t draw worth a nickel,” she replied.

No matter, Mr. Disney told her: The studio would send her to night school to learn the rudiments of inking and painting.

After night school, she joined the studio in time to work on “Snow White.” Her duties — menial and unartistic yet highly necessary — involved cleaning dirt and dust from the finished cels, as the transparent celluloid sheets that went before the camera were known.

Ms. Tompson in an undated photo. “What she did,” an animation historian said, “ended up on the screen — whether you see her hand or not — because of the way she supported the directors’ vision.”Credit...Disney

She was soon assigned to Disney’s ink and paint department. Comprising about a hundred women toiling in relative obscurity, it was unofficially known as “the nunnery.” The women’s job, done entirely by hand, was to transfer the animators’ drawings from paper onto the cels.

Many inkers and painters were profoundly gifted artists themselves. But in the 1930s and ’40s, animators’ jobs — the most glamorous of the studio’s artistic positions — were closed to them.

“Women do not do any of the creative work in connection with preparing the cartoons for the screen, as that work is performed entirely by young men,” materials sent by the studio to women applying for jobs of the period read. “The only work open to women consists of tracing the characters on clear celluloid sheets with India ink and filling in the tracings on the reverse side with paint according to directions.”

(As of 2015 — the most recent year for which figures are available — women held only 20 percent of the creative jobs in the animation industry, according to Women in Animation, a professional association founded in 1995.)

Ms. Tompson, as she and the studio quickly concurred, had no future as an inker: She pressed too hard and broke the fine pen nibs that the job required. She was made a painter, known in animation parlance as an “opaquer.”

“It doesn’t take a lot of brains to do that — just follow the lines,” she said in a 2007 interview. “It’s just like number painting.”

She next worked as a final checker, which involved riffling a film’s finished setups — as the layered transparencies comprising the cels and their backgrounds were known — like a giant flip book to ensure that color and line stayed consistent throughout.

“Out of a 500-cel scene, every four or five would be painted by a different girl, so the colors had to follow through,” Ms. Tompson explained in 2007. “If they put blue in the wrong place, we’d have to take them back and have them redo them.”

In 1948, she was promoted to the dual role of animation checker and scene planner. As an animation checker, she scrutinized the artists’ work to see, among other things, that characters literally kept their heads: In the animators’ haste, different parts of a character’s body, often done as separate drawings, might fail to align.

The scene planner was tasked with working out the intricate counterpoint between the finished setups and the cameras that photographed them: which camera angles should be used, how fast characters should move relative to their backgrounds, and the like.

“She really had to know all the mechanics of making the image work on the screen as the director, the layout person and the animator preferred: how to make Peter Pan walk, or fly, in the specified time,” Mr. Canemaker explained. “What she did ended up on the screen — whether you see her hand or not — because of the way she supported the directors’ vision.”

In 1952, Ms. Tompson became one of the first women admitted to the International Photographers Union, an arm of the International Alliance of Theatrical Stage Employees representing camera operators. She retired in 1975 as the supervisor of Disney’s scene planning department.

In the Walt Disney Family Museum podcast, Ms. Tompson fondly recalled her long-ago association with Walt Disney and the unexpected career to which it gave rise.

“I never got over being awe-struck at the fact that I was there and I was a part of this wonderful thing that he was doing,” she said.

She added, pragmatically, “Even though it was just plain old cartoons.”