he year 2010 may have only been a decade ago but in the age of the internet, it’s a lifetime. Texts and calls have been swapped out for constant, instant messaging, while then-rudimentary forms of social media have gone on to, well, you know the rest. Back at the start of the decade, indie teen comedy Easy A was coming to terms with these newly popular technologies, wondering what would happen if both Nathaniel Hawthorne’s 1850 novel The Scarlet Letter and the high-school rom coms of the 1980s had to contend with these problems. The film quickly became a cult classic and made its lead, Emma Stone, into a star.

In Easy A, Stone plays Olive Penderghast, a sarcastic 17-year-old student who sees a white lie about losing her virginity spread around her Ojai-based school by its Christian group, led by pastor’s daughter Marianne Bryant (Amanda Bynes). Leaning into her fabled position as “the new school slut”, Olive allows her closeted friend Brandon (Dan Byrd) to fib and say that they’ve slept together, which eventually leads to a reciprocal economic service where teenage boys pay her in gift cards to say that they had sex with her without ever actually doing it. “That’s the beauty of being a girl in high school,” Olive says. “People hear you had sex once and bam, you’re a bimbo.”

On paper, Easy A is a modern take on the teen movie, with gossip proliferating via group texts and Olive narrating the film from her webcam live stream. But it’s also a film that is self-referentially indebted to the past, both in its use of The Scarlet Letter but also in its link to the golden age of teen romcoms. Olive wants, and ultimately gets, a romance straight out of a John Hughes film, showing that teens now want the same things they’ve always wanted: to be loved and liked. But what keeps Easy A fresh and relevant is its willingness to challenge the sexist ideas about women and other problematic elements that exist in those films. It’s a romance, yes, but one with a proudly feminist viewpoint on slutshaming at its heart.

Part of Easy A’s charm is that, as with other movies of this ilk, its cast of high schoolers come from other teen-focused projects, such as Gossip Girl’s Penn Badgley as romantic lead “Woodchuck” Todd and former child star Bynes. But an important point of difference is the role of the adults – Friends’ Lisa Kudrow plays school counsellor Mrs Griffith, while Stanley Tucci and Patricia Clarkson are Olive’s mum and dad Rosemary and Dill, regularly branded the “coolest parents ever” on social media. For many fans, they make Easy A so memorable. Clarkson knew from the off that there was “great value” and “new territory” being broken in the teen drama. “It's why I did it,” she tells me. “I thought it had a wicked sense of humour and was unique. I found it rather irresistible.”

Much of that new territory lies in its dialogue, by screenwriter and playwright Bert V Royal. In one scene, Rosemary tells Olive: “We love you no matter what the sexual orientation of your opposite-sex sex partner,” later freely admitting to her daughter that she used to have sex with “a whole bunch of people, a slew, a heap, a peck – mostly guys”. In another, Dill jokingly asks his adopted black son: “Where are you from originally?”. These sharp one-liners are not usually the kind you hear in teen movies – but they are always shared with love. Where teen film parents tend to be bad-tempered killjoys, Rosemary and Dill refuse to conform to stereotypes.

“I thought there was something dizzy and slightly intoxicating in the script,” Clarkson says. She and Tucci had worked together for years and were incredibly close friends; she says that Easy A director Will Gluck gave them just enough room to “roam and graze” and transfer their love for each other to the characters, allowing them to be “just as kooky and dizzy as we wanted to be”.

Critics, by and large, were bowled over by the film’s charm. In its review in 2010, The Independent described Tucci and Clarkson as “the warm heart of a film about public rejection and private empowerment that never sentimentalises or preaches”, while the venerable critic Roger Ebert called Easy A “funny and smart”. Clarkson remembers the moment she finished shooting. “It was sad leaving because it was a wonderful environment to shoot in,” she says. “I think that's what lives in the film and why it still has such a beautiful reaction.”

But Easy A is undeniably carried by Stone, who Clarkson tells me was “a force to be reckoned with from the moment we started shooting”. At the time, she’d started to make her mark on Hollywood with supporting roles in Superbad and Zombieland, but Easy A was different. She’d read the script before it was even optioned by Sony offshoot Screen Gems and had made sure she was the first person to audition for it once Gluck was on board. It seems like the role was made for her, with Gluck noting during the film’s debut at the 2010 Toronto International Film Festival: “[Emma] got this character down in one second, she was amazing.”

Stone’s Olive is supremely smart, and so is the way the film deals with its reference material. At the time of release, basing a teen movie on a classic book is an act that immediately brings to mind other favourites of the genre, such as Clueless or 10 Things I Hate About You. But where those tend to subtly pepper in references from the source text, Easy A is more overtly wink-wink-nudge-nudge in its approach. Olive is studying The Scarlet Letter in her English class and notes in voiceover: “Isn’t that always the way, the books you read in class always seem to have some strong connection with whatever angsty drama’s going on?” When she realises everyone thinks she’s had sex, she sews a red letter “A” to her chest and proudly parades it around, lest they get there first – as Hester Prynne is forced to in Hawthorne’s text.

Footage from a black-and-white film adaptation of The Scarlet Letter, meanwhile, features throughout Easy A and is intercut with scenes from other teen movies. John Hughes et al have not only influenced Easy A, but Olive herself, who finds herself questioning if chivalry only exists in Eighties movies. “I want John Cusack holding a boombox outside my window,” she says. “I want to ride off on a lawnmower with Patrick Dempsey. I want Jake from Sixteen Candles waiting outside the church for me. I want Judd Nelson thrusting his fist into the air because he knows he got me.” No matter how relaxed and empowered Olive claims lying about losing her virginity makes her feel, she ultimately wants the romance from those classic romcoms, joking: “I always thought pretending to lose my virginity would be a little more special.”

In many ways, this is reflected in the film itself, which talks a big game but has been described by Gluck as a “sexless sex comedy”. While Royal’s original script featured 47 instances of the word “f***”, they were all removed from the final edit. What swearing remains is inventive or skated around, with one much-GIFed scene seeing Olive’s parents encourage her to spell out the word “t***” in peas on her dinner plate. Similarly, sex is talked about (constantly), but never actually shown because nearly everyone is lying about it. It speaks to that high school experience where young people are desperate to be seen as cool and mature, but ultimately have no idea what they’re doing or whether they actually want the thing they’re being told they should.

In many ways, Easy A has two endings, a public and private one. The film’s penultimate scene sees Olive live out her Ferris Bueller’s Day Off fantasy and perform a “really awesome musical number for no apparent reason”; she crashes a school assembly with Todd to serenade the students with a rendition of Amii Stewart’s “Knock On Wood”. But seconds later, Easy A’s actual climactic moment is far softer. Todd appears at Olive’s window, Simple Minds blaring from computer speakers, before they kiss and ride off on the lawn mower she’s been dreaming of. It’s a sweet final moment and part of the reason that Easy A’s power remains, 10 years on: in representing the dichotomy in young people between wanting to be seen as mature while also craving that fairytale version of love.

Technology may force young people to grow up early, but this was the same when our parents were young, and their parents before them. In capturing these contradictory emotions, Easy A manages to both look forward and backward, creating a film that is both progressive and timeless for teens past, present and future. 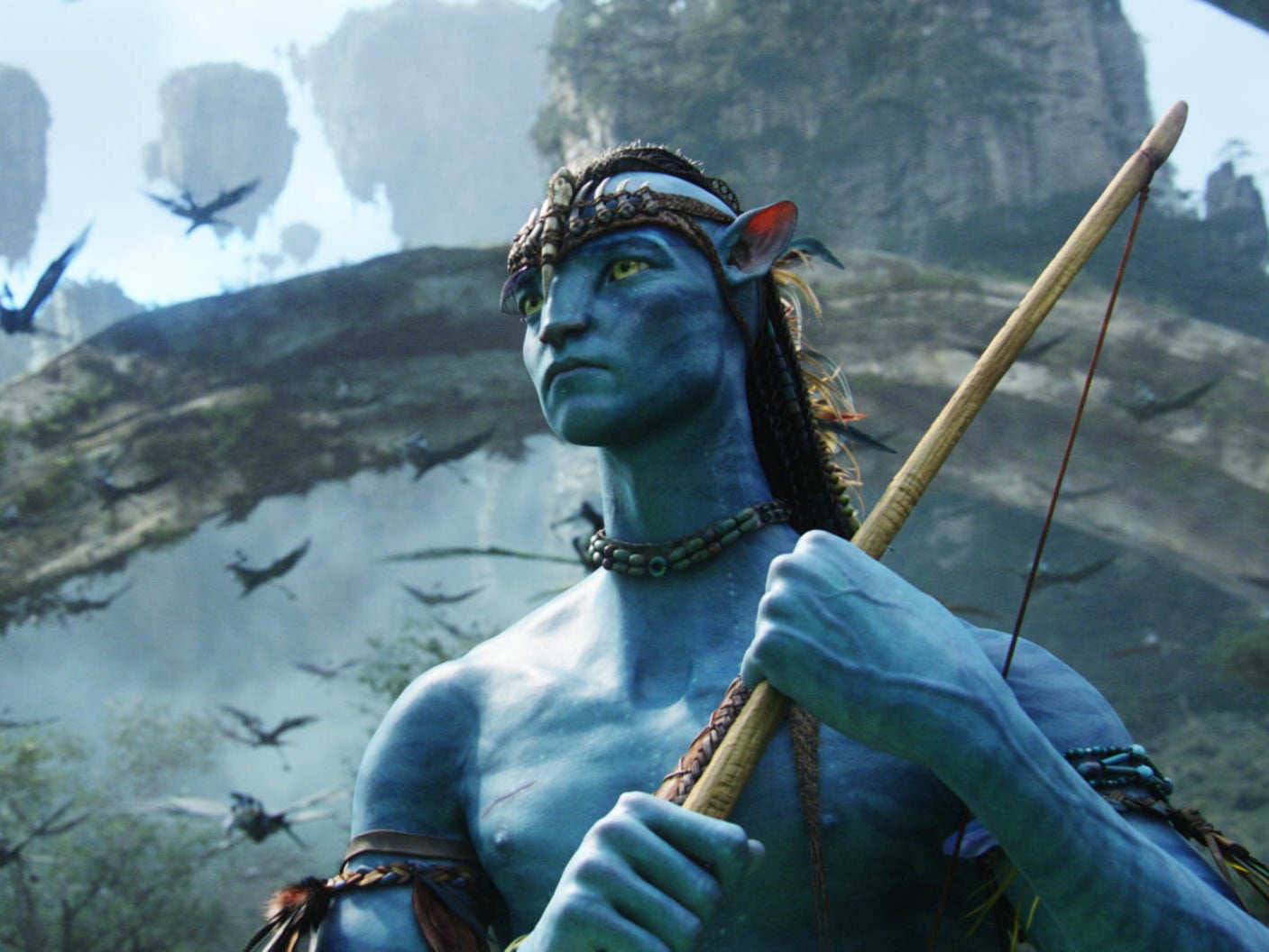 The week that was: GMM Pfaudler, Vodafone Idea, Route Mobile among 10 names that buzzed during the week