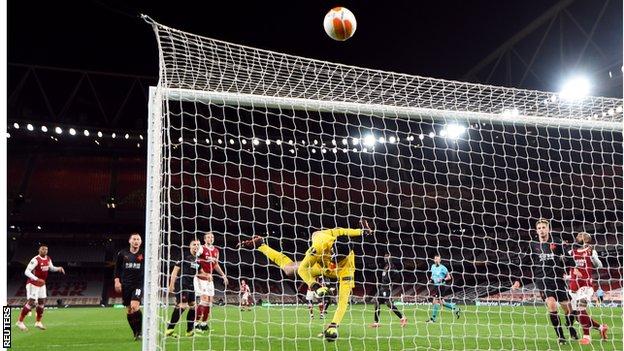 Arsenal twice hit the woodwork twice during the game

Substitute Nicolas Pepe thought he had earned the Gunners a slender quarter-final first-leg advantage when he broke the deadlock in the 86th minute.

But Tomas Holes headed home in the dying moments of the game from close range to give Slavia Prague a precious away goal.

The second leg in Prague takes place next Thursday (20:00 BST).

Gunners have it all to do

Gunners boss Mikel Arteta stated he was in "shock" after his side's tame 3-0 surrender to Liverpool last weekend, a performance which brought stinging criticism from both fans and pundits.

He reacted by making six changes - three of which were forced - to his starting line-up, with captain Pierre-Emerick Aubameyang the most high-profile casualty.

Asked about his decision to leave the Gabon forward out, Arteta said he had to pick the "right team to start the game in the best possible way".

Aubameyang, who has 13 league and cup goals for his club this season but none since 6 March, cut a frustrated figure as he watched Willian, from a free-kick, clip the outside of the post before Alexandre Lacazette raced through, only to hit the bar.

Aubameyang was finally sent on after 78 minutes and made an impact as his pass allowed Pepe to race into the box and produce a composed finish past keeper Ondrej Kolar.

But Arsenal failed to see the game out and Hole's back-post header means Arteta's side have it all to do against the 2019-20 Czech champions in a week's time.

With the Gunners lying 10th in the Premier League table, 10 points off a top four spot, winning the Europa League represents their most realistic chance of securing a Champions League spot next season.

They have not graced the Champions League stage since 2016-17 and they face a big test next week if they are to make it through to the semi-finals of Europe's second-tier knockout club competition.

While this was an improvement on their previous outing, Arsenal rarely looked convincing against opponents who have beaten Leicester City and Rangers this season.

Bernd Leno used his legs to keep out Jan Boril's deflected shot before Hole got to a rebound inside the six-yard area to head his side level.

Arsenal have an away game at the Premier League's bottom club Sheffield United on Sunday (19:00 BST) to negotiate before the second leg next Thursday in Prague (20:00).

Goal! Arsenal 1, Slavia Prague 1. Tomás Holes (Slavia Prague) header from the left side of the six yard box to the top left corner following a corner.

Attempt saved. Lukáš Provod (Slavia Prague) left footed shot from the right side of the box is saved in the bottom right corner.

Attempt missed. Alexander Bah (Slavia Prague) header from a difficult angle on the right is too high. Assisted by Jan Boril with a cross.

Alexander Bah (Slavia Prague) wins a free kick in the defensive half.

Attempt blocked. Gabriel Martinelli (Arsenal) left footed shot from the left side of the box is blocked. Assisted by Nicolas Pépé.

Attempt missed. Pierre-Emerick Aubameyang (Arsenal) left footed shot from the right side of the six yard box misses to the left. Assisted by Emile Smith Rowe with a cross. 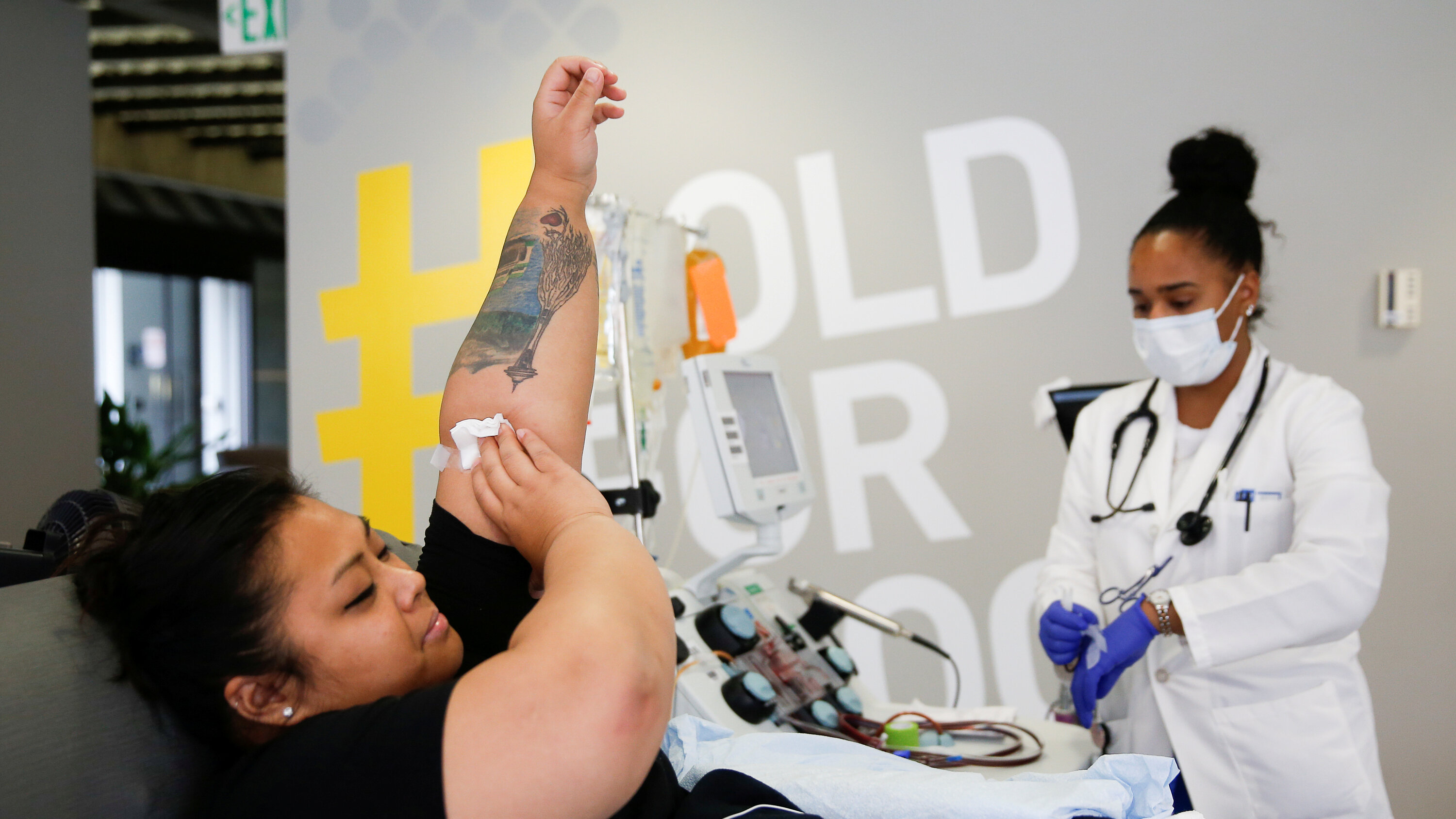 The Covid-19 Plasma Boom Is Over. What Did We Learn From It?