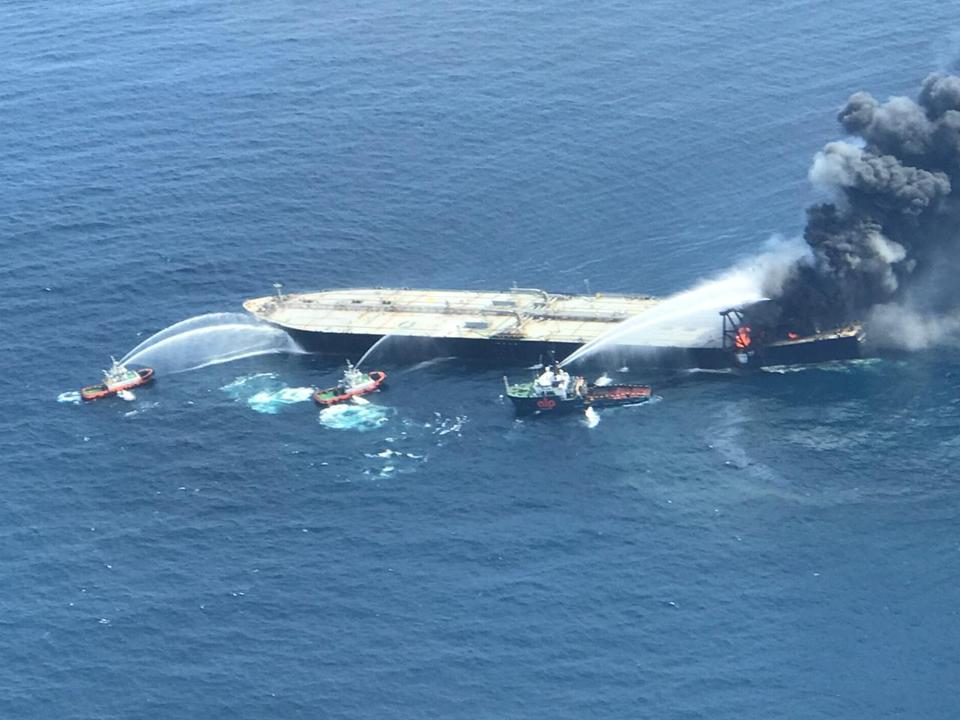 The Panama flagged MT New Diamond was heading to a port in India when an onboard explosion ignited a ... [+] fire off the coast of Sri Lanka

Reports in the Sri Lankan media suggest that a misstep by the Sri Lankan Government could have cost the country up to $25 million following a major fire on the Panama-flagged oil supertanker, the MT New Diamond. This is all due to a little known quirk in an obscure shipping law. Sri Lanka’s Attorney General has since reached out for $2 million to the owners and insurers of the vessel on 16 September, an amount ten times less.

Several countries had been involved in the dramatic vessel rescue two weeks ago, where a fire raged for several days following an onboard boiler explosion. Uncertainty continues as the heavily damaged vessel is towed to be inspected in the Bay of Bengal in India to understand the full extent of the damage. 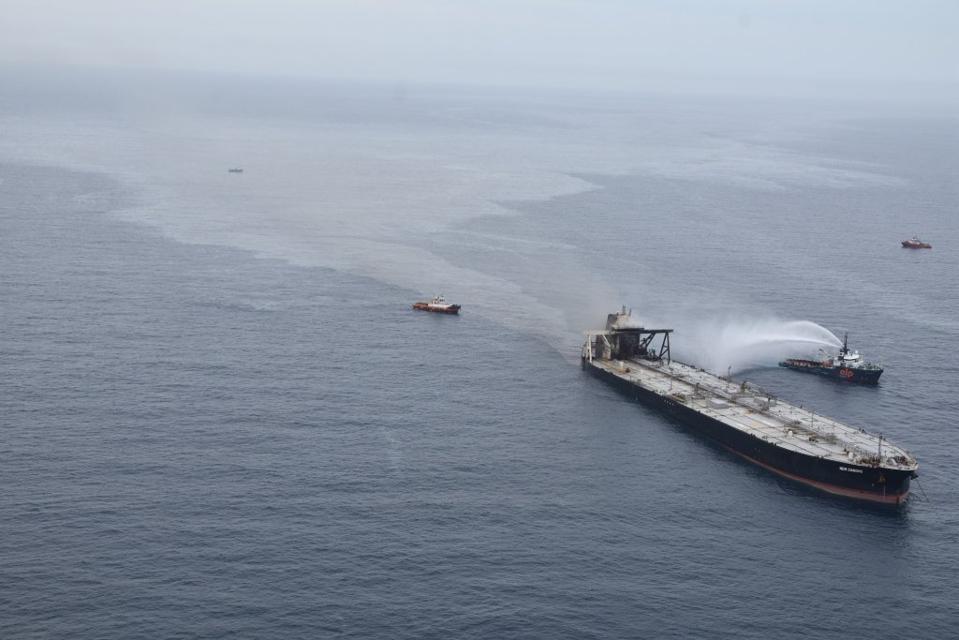 There has been a lot of speculation about the large chemical trail seen emanating from the rear of ... [+] the MT New Diamond, but the Indian Coastguard insist this may be engine oil not crude oil from the hold of the vessel.

There were 2 million barrels of oil on board the vessel that was heading from Kuwait to India.

If that had leaked, it would have been one of the world’s worst oil spill disaster in a region famed for its whales, corals and blue ocean. The rescue of the 22 of the 23 crew involved planes and boats from three nations who had been mobilizied on very short notice. 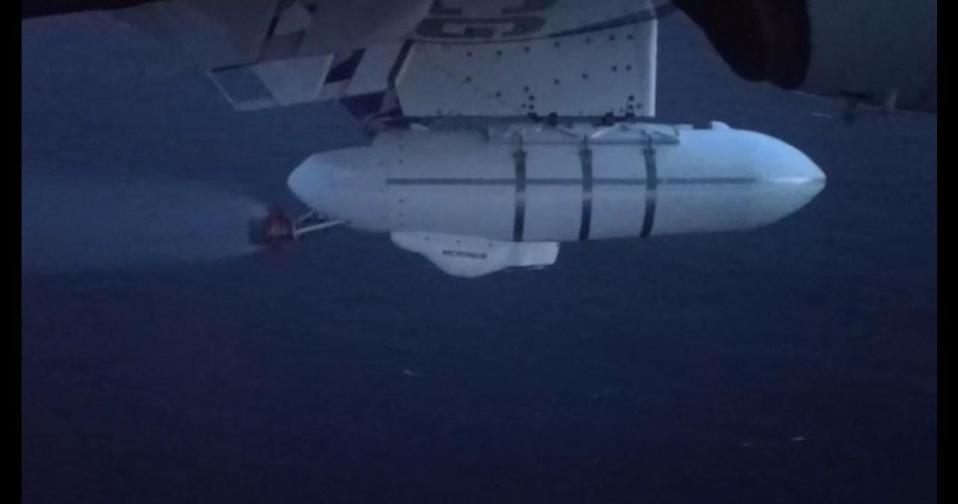 Chemical dispersants being used by the Indian Coastguard to address the oil leakage in the Indian ... [+] Ocean

Reports also revealed chemical dispersants were being used to disperse the leaked oil by the Sri Lanka Air Force, amid similar videos appearing from the Indian Air Force last week too.

Sri Lanka’s Air Force had also revealed an extensive sampling and testing program of the oil, to understand its implications and address with the most appropriate oil spill response.

Crew from the India Coastguard in front of the dornier aircraft used to combat the fire on the MT ... [+] New Diamond.

Sampling the oil is critical to understand how responses to major oil spills should be addressed, and as shown with the MT New Diamond, such sampling began almost immediately – within days – of oil appearing in the marine environment.

This has been in sharp contrast to the uncertainty about sampling in Mauritius, and has been pointed out by the former President of Mauritius, Dr Ameenah Gurib-Fakim in an interview on the BBC on 16 September.

The missed chance of an insurance payout 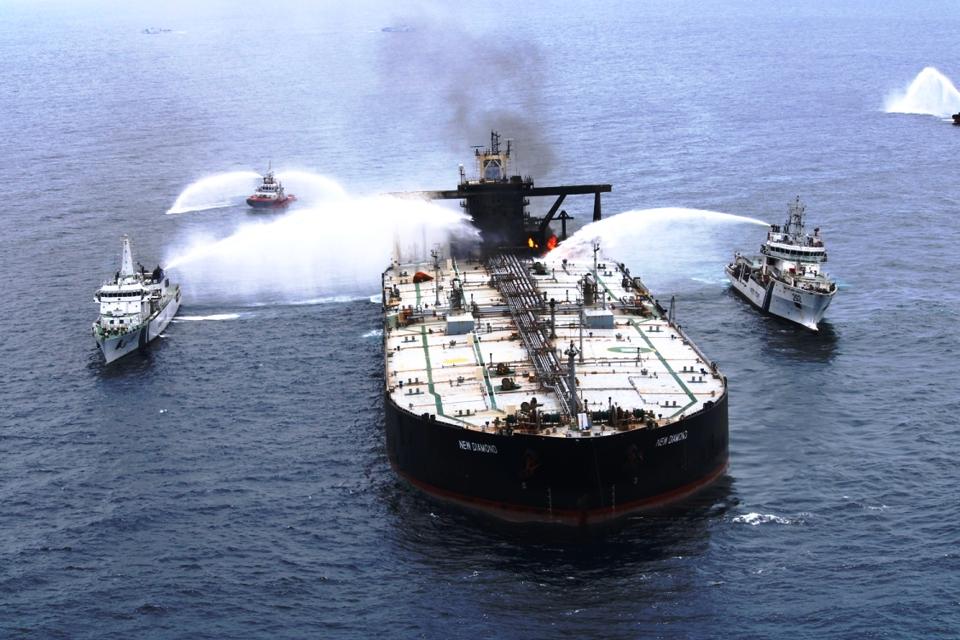 Vessels from three nations, India, Sri Lanka and Russia were involved in putting out the fire, that ... [+] raged for several days on the MT New Diamond

The Sri Lankan newspaper report goes on to mention that the reason for this missed payment is because the Sri Lankan Government allowed the supertanker to be towed from 40 miles off the coast of Sri Lanka – where the blaze initially began – to over 200 miles offshore, which is international waters.

While the cost of the several vessels and aircraft deployed for the rescue by the Sri Lanka Air Force and Navy can be claimed through insurance from New Shipping Ltd., the commercial owner of MT New Diamond in Athens, Greece, a larger payment of up to 25% of the cargo may not be.

With the vessel carrying 2 million barrels of oil, and the price varying around $50 a barrel, this would amount to cargo of the value of $100m. So 25% of this - $25m – would be what the Sri Lankan Government could have been entitled to, if it wasn’t due to a loophole in Maritime Law.

No expertise in niche area of Maritime Insurance 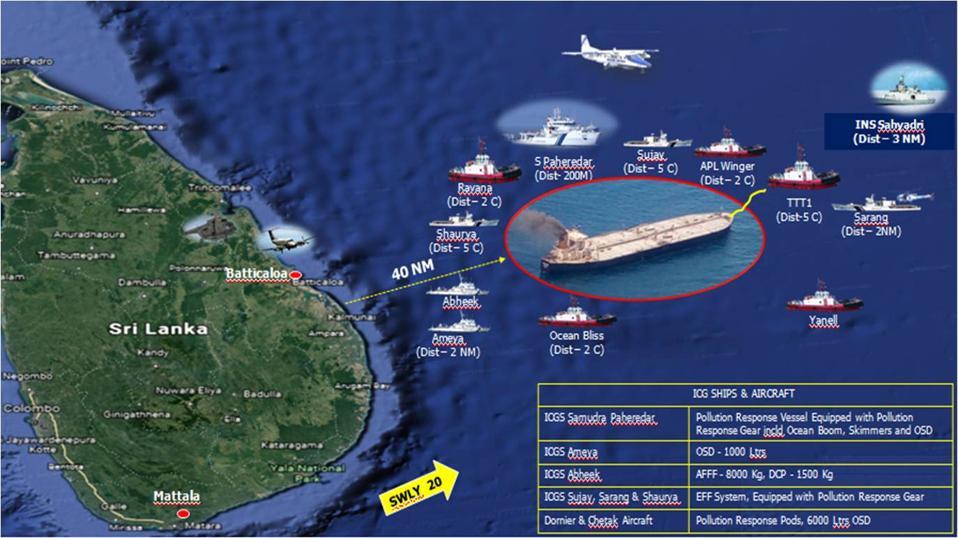 A number of vessels were involved from Sri Lanka, India and Russia in attempting to prevent a major ... [+] disaster just off the coast of Sri Lanka

Speaking to Sri Lanka’s The Sunday Morning, Maritime Lawyer Dr. Dan Malika Gunasekera said, “The biggest mistake we have made is not obtaining the proper legal advice with regard to our maritime area.”

He went on to explain that in his role as an Independent Consultant for Sri Lanka’s Marine Environment Protection Authority, he believed that Sri Lanka’s Attorney General’s Department, does not have expertise in this niche area. Elaborating further, Dr Gunasekera pointed out that

“The salvors who take care of operations like this are entitled to a reward under the ‘no cure, no pay’ system. The reward is one-fourth the portion. However, what our country has performed is the role of a statutory salvor and not a contractual salvor, which is the party that has a contract with the owners to salvage the ship. The company that is appointed as the contractual salvor, MIT Singapore Pte Ltd has performed this role and therefore is entitled to the reward.” 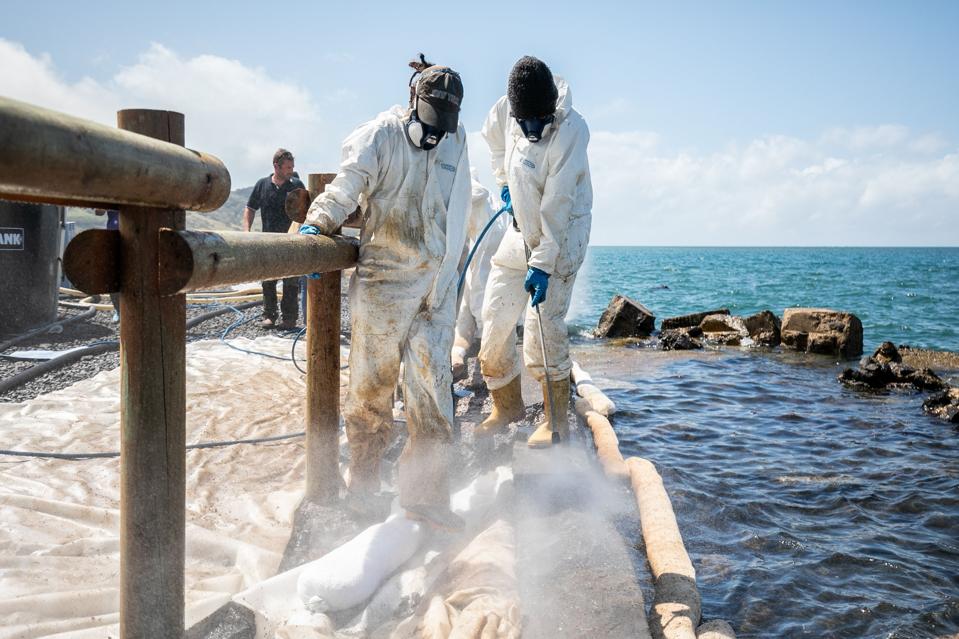 There is controversy and uncertainty about the sprays being used for the cleanup in Mauritius and ... [+] what human and environmental health this may pose. The cleanup is being overseen by two international companies and the Japanese insurer of the Wakashio.

The lessons from Sri Lanka are equally valid for the Government lawyers addressing the situation in Mauritius. Without deep expertise in maritime law, ‘fundamental mistakes’ could be made in the early days following a major oil spill and clean up response.

It also raises deeper questions whether international regulations of oil spills and maritime insurance need an upgrade. These archaic rules were highlighted by the representative of the UN’s global shipping regulator (the IMO) in Mauritius, who said “If this was an oil tanker, you would have gotten more money.” 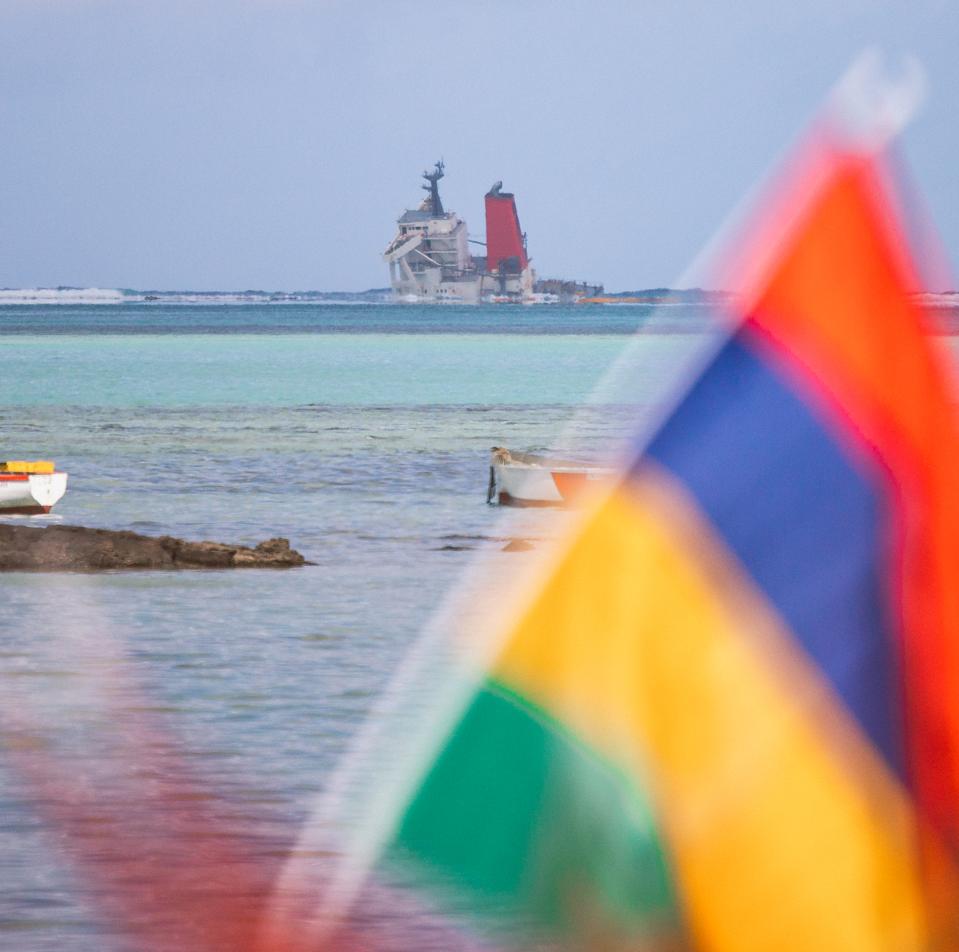 The stern (rear) of the Wakashio remains lodged on Mauritius' once pristine barrier coral reefs, ... [+] seen here in the background of the protests on 12 September 2020 in Mahebourg, Mauritius.

Oil is oil. Why is there a difference based on what type of boat carried the oil? The clean up impact on a country is the same.

The IMO has been approached for a comment and have not yet responded.

Regardless of the archaic maritime laws that require a specialist from only a handful of nations to understand how maritime insurance works, unless Mauritius has the right expertise, it could cost the citizens and taxpayers of Mauritius - who are likely to have to live with the consequences of the oil spill for decades to come – the loss of huge cultural and environmental assets along the entire Eastern coastline where the currents are pushing the oil.

Protests have rocked the Indian Ocean island nation again over the weekend over the Government’s poor handling of the situation, and over reliance on advice from international specialists who do not have the necessary deep expertise in Mauritius’ rich and unique biodiversity.

Values stuck in the past 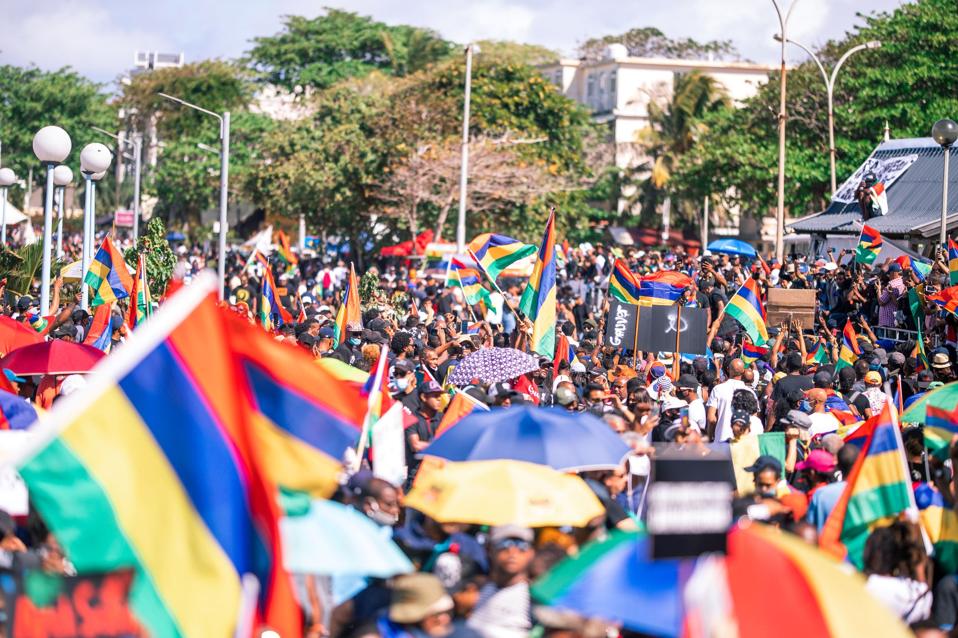 Mauritius has been shaken by nationwide protests (see here on 12 September) calling for major ... [+] changes and transparency in how the Wakashio investigation takes place

Following the Wakashio oil spill, leading world figures such as Sir Richard Branson, The Pope and maritime insurers have called for big changes to global shipping.

It is an industry that proudly boasts of its traditions dating back 300 years.

However, the way it has responded to the calls for help from islanders trying to address the impact this spill in a global biodiversity hotspot, it is clear that the industry’s values may also be stuck centuries in the past too. 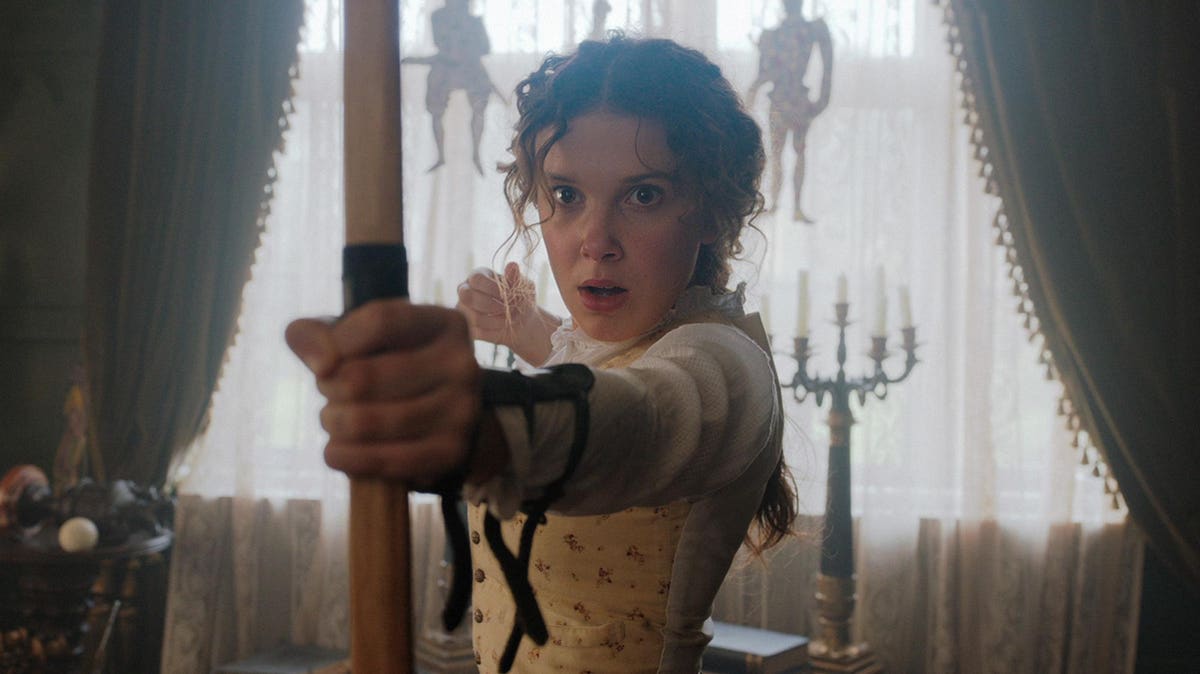 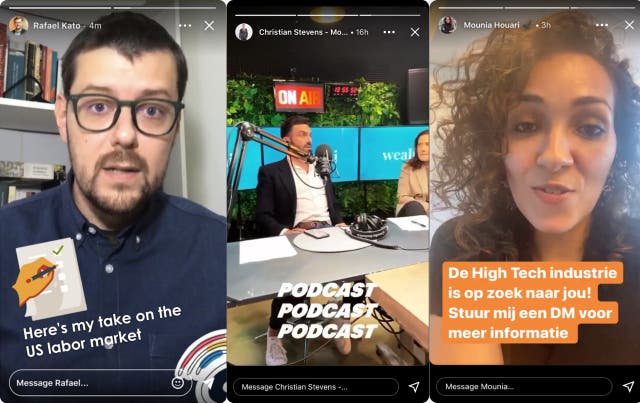 5 Ways To Use LinkedIn Stories For Your Personal Brand 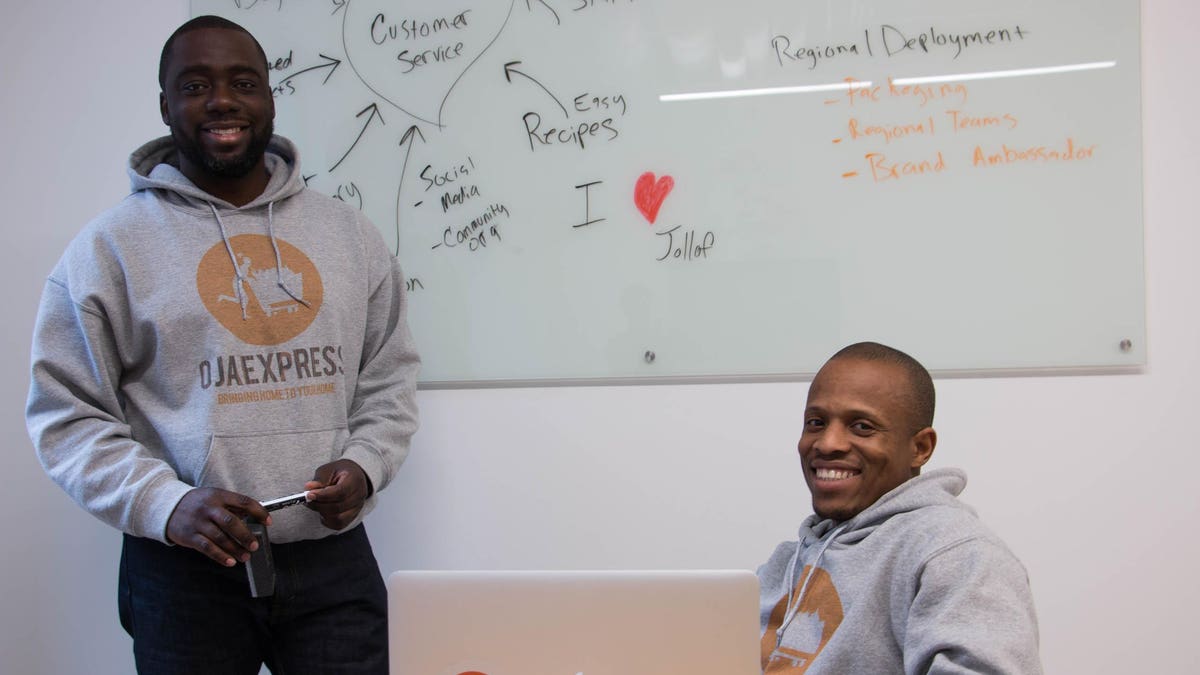 Feeding The Culture - These Cofounders Are Delivering Diverse Cultural Groceries