Take a Journey With Dev Patel in ‘The Green Knight’

Movies|Take a Journey With Dev Patel in ‘The Green Knight’

Anatomy of a Scene

The director David Lowery narrates a sequence from the film, featuring the actor and Erin Kellyman.

‘The Green Knight’ | Anatomy of a Scene

“My name is David Lowery, and I adapted and directed The Green Knight. This is a scene in which Sir Gawain, who is not yet Sir Gawain— he is not a knight yet— played by Dev Patel, stops for rest in what he thinks is an abandoned cottage in the countryside and discovers that it is inhabited by a spirit named St. Winifred. St. Winifred is a real character in Welsh history and in Catholic lore. She’s a martyr from the seventh century who was decapitated by her suitor when he— when she decided to become a nun. And her head was thrown into a spring. But then later, a Saint came and took her head from the spring and rejoined it to her body, and she came back to life. And ever since then, that spring, which is known as Holyhead or Holywell in Wales, has been known to have healing powers. And it’s a place that you can still go to. And people— the devout go there. Tourists go there. It’s open for business. And it is referenced in the original text of Sir Gawain and the Green Knight. There’s one line that says, he fared over the fords by the forelands over at the Holy Head till he again, took land in the wilderness of Wirrel. And that’s just one line in the poem, but the poem itself is very rooted in Welsh iconography and Welsh geography. And so in researching it, I came across the legend of St. Winifred and just couldn’t really— I couldn’t resist including it in the film itself. This was shot on location not in Wales, but in Ireland. And although we shot it on location, we wanted it to look sort of like an old Hammer horror film and have that sort of soundstagey feel to it.” “There.” “What is it I’m looking for?” “My head.” “This is a real cottage that we found. And then Jade Healy, our production designer, she made it look as close to the original St. Winifred’s Cottage in Wales as possible. And then we dug our own well in front of it, which may or may not still be there. I don’t actually know. Erin Kellyman plays Winifred, and I first saw her in the Han Solo film, the “Solo Story.” And I just thought she was such a striking presence. And instantly, I just knew I wanted to work with her at some point. So when I wrote this film, she came to mind very quickly for this part. And thankfully, she said yes. She’s wonderful.” “This Lord sought to lay with me. I fought him off, but he returned in the night and broke down my door. I tried to flee, but he cut off my head.” “We shot this all in one night. And it was one of the few night shoots we had on set and one of those rare occasions when everything just works out perfectly. The weather was perfect. It wasn’t too cold. The air was still. The fog all hung just so. It was really pretty magical.” “I just need my head.” “All of the ghostly stuff in this is we wanted it to feel very practical. When she floats towards Dev, she’s just standing on a dolly. Again, we wanted this whole sequence to feel like a very old-fashioned horror film. What’s happening here with the stakes that Dev is going on with this journey, they’re so high already. He’s literally heading towards his own death. So every one of the encounters he has on his journey is more of a nudge. The stakes here aren’t huge. They’re far more delicate. And what’s happening here with this conversation with Winifred is that she is nudging him towards integrity, towards decency and chivalry. And we’re using the context of Winifred’s legend to sort of illuminate where our version of Gawain has to go. This sequence was inspired by the made-for-TV movie, Ewoks’ Caravan of Courage, in which a character is sucked into a magical pond. That terrified me as a child, and that’s directly what this is pulled from. We originally had a much bigger underwater sequence planned, but I now know that it takes a lot more than half a day to shoot something underwater. And so I think what you see here is pretty much every bit of usable footage we have combined with some miniature work that we shot back in Texas. And the miniature was built by David Pink, who wore the ghost costume in “A Ghost Story” when Casey wasn’t available. And the cosmic stuff that you see here, we really wanted to— when Dev emerges from this pond, we wanted his world view to change. Every encounter he has in this movie changes him and brings him closer to death. And so here he’s touching the cosmic. And if the star effects feel a little wonky, it’s because I did them myself using YouTube tutorials.” 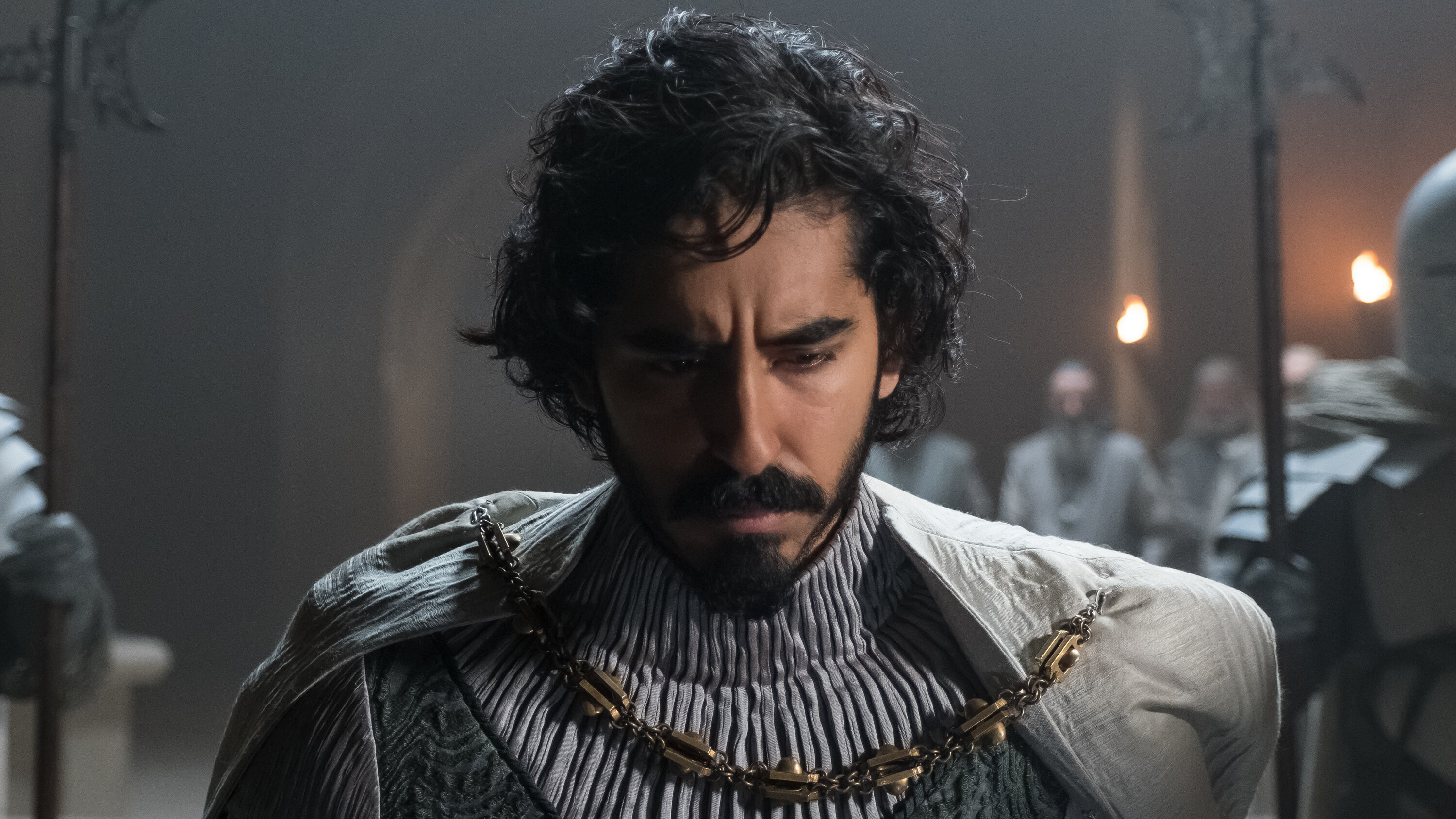 In “Anatomy of a Scene,” we ask directors to reveal the secrets that go into making key scenes in their movies. See new episodes in the series on Fridays. You can also watch our collection of more than 150 videos on YouTube and subscribe to our YouTube channel.

The director David Lowery drew inspiration from the cosmos, Hammer horror films and an Ewoks TV movie to build this ethereal scene in “The Green Knight.”

Dev Patel stars as Gawain in this adaptation of the 14th-century poem that sends its protagonist on a long, deadly quest. Gawain has several intriguing encounters along the way, including this one at a cottage, where he comes across a spirit named Saint Winifred (Erin Kellyman).

She implores him to help retrieve her head, which was decapitated and thrown into a spring. The scene, which was shot at night, has a haunting quality, and while Lowery and his crew shot in a real location in Ireland, he said he wanted the atmosphere to mimic the gothic, soundstage look of a horror film from the British company Hammer. And he said an underwater portion of the scene was inspired by the made-for-TV movie “Caravan of Courage: An Ewok Adventure,” in which a character gets pulled into a magical pond. “That terrified me as a child,” he said, “and that’s directly what this is pulled from.”

Sign up for the Movies Update newsletter and get a roundup of reviews, news, Critics’ Picks and more.