On “Folklore,” a quarantine album made largely with Aaron Dessner from the National, she swerves away from her last few releases, embracing atmospheric rock — and other characters’ points of view. 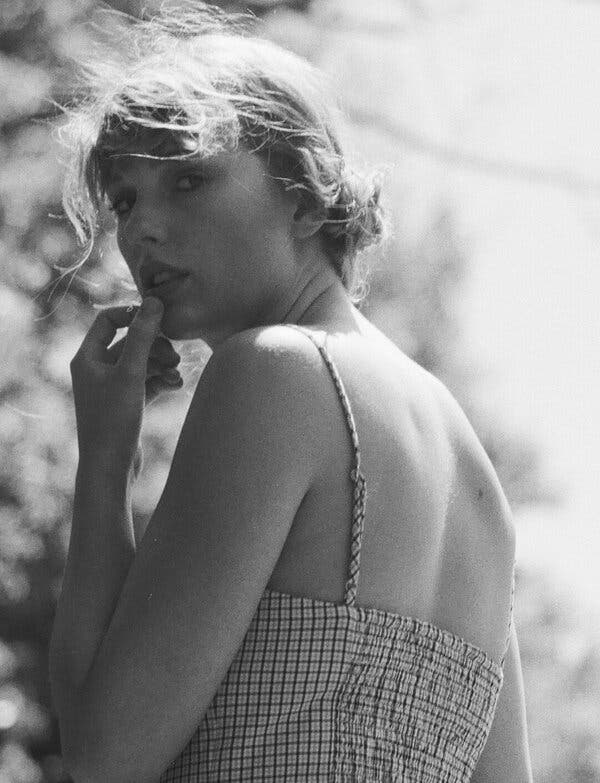 Taylor Swift surprise-released “Folkore,” an album of delicate, atmospheric music that’s a definitive jolt away from the last near decade of her big-tent pop.Credit...Beth Garrabrant

The song that catapulted Taylor Swift from too-cool-for-country phenom to the-world-is-not-enough pop supernova was “We Are Never Ever Getting Back Together,” the debut single from her fourth album, “Red,” in 2012. The first of her songs to top the Billboard Hot 100, it deployed country references as a tease on the way to an ecstatically saccharine, unmistakably pop hook — a universal anthem of I’m over it.

Right after the song’s gleeful taunt of a first chorus, Swift drilled down on just the kind of guy she was thrilled to be rid of: “You would hide away and find your peace of mind/With some indie record that’s much cooler than mine.”

Sick burn. Delivered with an eye roll — literally, in the song’s video — it announced that Swift understood the power and cool of her own music (which was not, at that point, widely conceded). And it tautly encapsulated the way that mopey interiority has often been perceived as — make that mistaken for — depth. That’s about men, of course, but certainly about songs, too. It’s a trap that whole genres are built on.

Now, eight years later, Swift has made, well, one of those records herself, or at least something like it. “Folklore,” her alternately soothing and soppy, pensive and suffocating eighth album, is a definitive jolt away from the last near decade of Swift’s high-gloss, style-fluid, emotionally astute big-tent pop.

Made from scratch in the quarantine era, “Folklore” was recorded at her home in Los Angeles, and written and produced in remote collaboration largely with Aaron Dessner (from the National) and her go-to emotional extractor, Jack Antonoff.

Choosing this approach may be purely a function of circumstance, but Swift has been due for a rebaptism for some time now. “Folklore” marks a conclusion (temporary or not, it’s unclear) to her long march into the teeth of contemporary mega-pop, which over the course of four albums — “Red,” “1989,” “Reputation” and “Lover” — has paid decreasing dividends, musical and social. Becoming a true centrist pop star is a battle Swift never quite won, and is a battle no longer worth waging.

“Folklore” is the first attempt at a post-pop Swift, and it is many things that Swift albums generally are not: rough-edged, downtrodden, spacey. It is a completely canny pop album smothered in places by Dessner, whose production can be like wet clothing tugging at Swift, slowing her down, sapping her vim. Swift isn’t an especially powerful singer, though she achieves a lot with a naturally jumpy tone and enthusiasm. But both of those signatures wilt here as often as not. The tart edge that she specializes in — the one that’s viciously effective when taunting, or pining — is coated with layers of gauzy strings (there is plenty of cello), austere piano, throbbing Mellotron, smeared saxophone, atmospherics that thicken the air.

As Swift has long demonstrated, contemplation and exuberance aren’t mutually exclusive, nor is brightness and reflection. And so “Folklore” songs fall into roughly two camps — excellent Swift-penned songs that are sturdy enough to bear the production, and others that end up obscured by murk.

Some of the album’s best songs are mildly restrained versions of familiar Swift modes. On “Betty,” she delivers teenage romantic regret with the icy, knowing vocal shiver she deploys in her most felt moments, with faint echoes of the wistful “Tim McGraw,” her 2006 debut single. The airy, earthy “Invisible String,” about trusting fate, is the only truly hopeful-sounding song on the album (and the only one about a happy, fulfilled relationship), and it features some of Swift’s most vivid lyrics: “Cold was the steel of my ax to grind/For the boys who broke my heart/Now I send their babies presents.”

More intriguing are the tracks where the experimentation with tonal approach succeeds. “Seven” opens with an ethereally lustrous vocal, with Swift sighing her lyrics, landing the rhymes in unexpected places. On “Illicit Affairs,” she whispers her words like long-resented secrets — “Tell your friends you’re out for a run/ You’ll be flushed when you return” — sprinkled with sunburst syllables designed to freeze perpetrators in their tracks.

And then there’s “Exile,” the most atypical song on the album. A lovely, anguished duet with Justin Vernon (credited as Bon Iver), it’s a stark and unsettling back and forth of recriminations. Swift telegraphs distance and skepticism: “I can see you staring, honey/Like he’s just your understudy/Like you’d get your knuckles bloody for me.” But it’s the end of the song, when Swift and a husky-voiced Vernon go line for line in some combination of hard-whiskey country, desperate R&B and black-box-theater dialogue, that you feel the full emotional corrosion. All around them, pianos toll like grandfather clocks, stern and fatalistic.

Far more often, though, the production dictates Swift’s boundaries. The smoky “Cardigan” has a number of moving parts, distracting from Swift’s breathy, undersung vocals. The hymnal “Epiphany” feels claustrophobic — Enya-like without the flutter. “Mirrorball” verges on shoegaze, and “Mad Woman” has the blend of morose and wry that’s a Lana Del Rey trademark.

Dessner’s specialty — here and in the National, the rumbling, somber band that’s been one of the most acclaimed indie rock acts of the 2000s — is making music that haunts. Swift has displayed a weakness for this aesthetic before; see her 2012 dalliance with the hazy, wheaty folk duo the Civil Wars. She also included the National on a 2017 “Songs Taylor Loves” playlist for Spotify.

But the joy of Swift’s music has always stood in contrast to this sort of studied ponderousness. Only on “Reputation,” her underloved 2017 hip-hop-inflected album, did she seek to trade on the credibility of an unfamiliar genre. But those sounds illuminated Swift’s playfulness and bite — the ones she turns to here are often at direct odds with her gifts as a melodist and lyricist. In fact, they’re practically designed to obscure them. If this is a ploy to be cloaked in — and enhanced by — the alleged seriousness of indie rock, it only underscores how frail and unversatile that seriousness is.

That’s clearest on “The Last Great American Dynasty,” a musical biography of Rebekah Harkness, an heiress with a wild life story who happened to own Swift’s home in Rhode Island. Harkness is a classic Swift heroine — purposeful, disruptive and misunderstood: “There goes the maddest woman this town has ever seen/She had a marvelous time ruining everything.” On a different Swift album, a song like this would have reveled in the mess, but this version is controlled, almost sad. Inside, there’s a brash version of this song yearning for air.

Autobiography has always been baked into Swift’s value proposition, both in the way she laded her songs with Easter eggs about her own life, and in how her artistic rise was echoed in tabloid hysterics. But in the “Folklore” liner notes, she emphasizes that the album spans multiple characters and points of view. Maybe it’s true, maybe it’s a feint — all writing is autobiography, after all. But either way, stating it outright is meant to demarcate the new Taylor from the old, and stakes a claim not to be scrutinized.

That’s just one of her retreats here. “Folklore” is also a full retreat to whiteness after dalliances with Black music on “Reputation.” (It is also, maybe, as close to a backdoor country album as Swift is likely to venture — see the harmonica and pedal steel on “Betty.”) And given its overall dourness, it is a retreat from conventional pop language, which is to say, it may well be a retreat from radio. Not that that much matters for Swift, who has spent more than a decade earning her fans, and may well be approaching the Beyoncé stage of her career, where cultural authority isn’t dependent on steady hitmaking. That’s the new nature of pop superstardom anyhow — mass-scale cult figures superserving their most ardent followers by the millions.

Seen that way, perhaps the sonic experimentation on “Folklore” isn’t really about embracing a new genre so much as abandoning any sense of duty to the ones she’s been built upon. Country, pop, ’80s rock, hip-hop: they’ve merely been vessels, weapons she knows how to trigger to advance the central tenets of Swiftiness.

The desolate, stubborn, overcomposed indie rock of “Folklore,” though, is a tough thicket to tame. Sometimes she triumphs, wrestling it until it’s slack. But when it stifles her, it deserves all the eye rolls it gets. 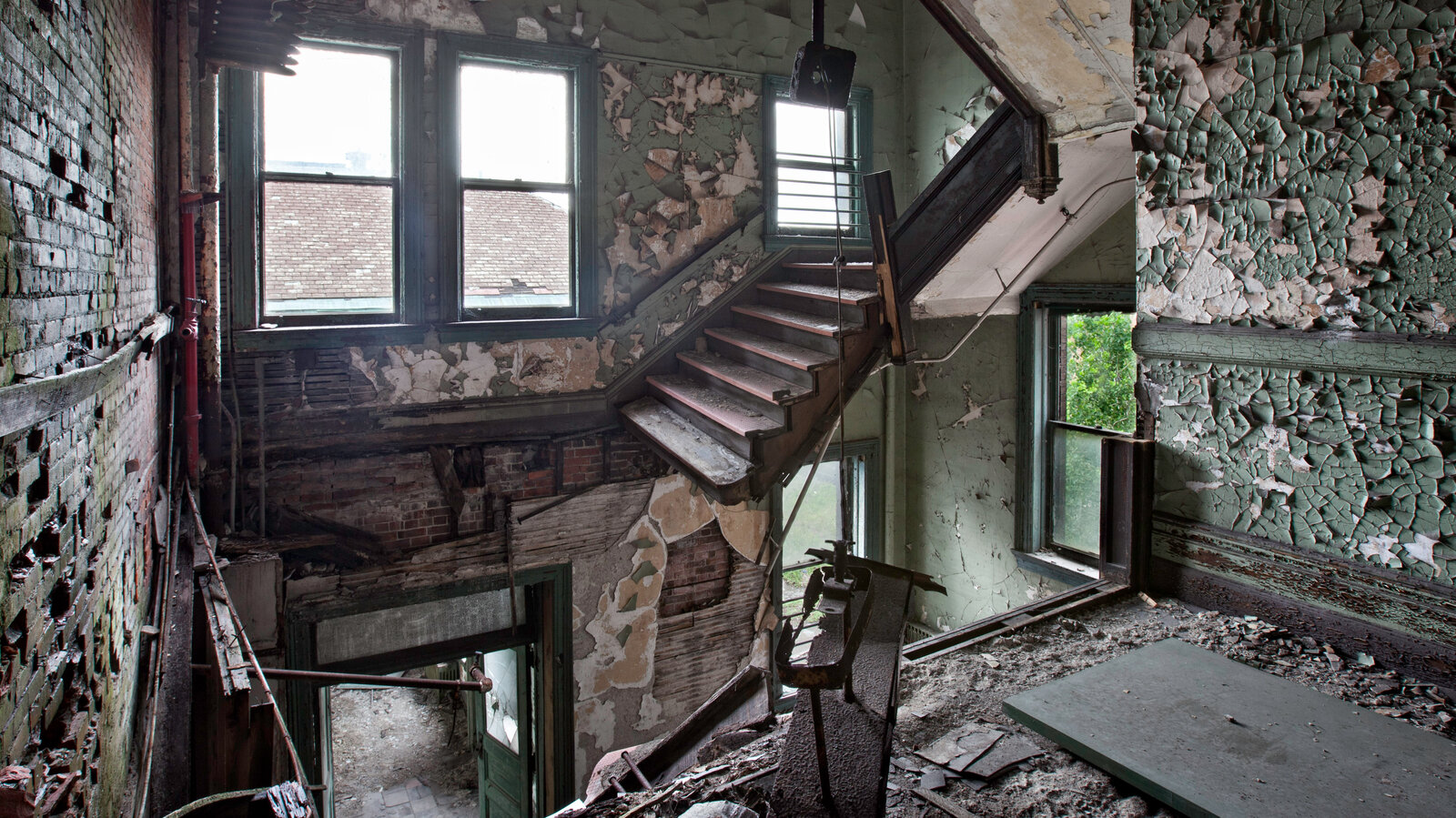 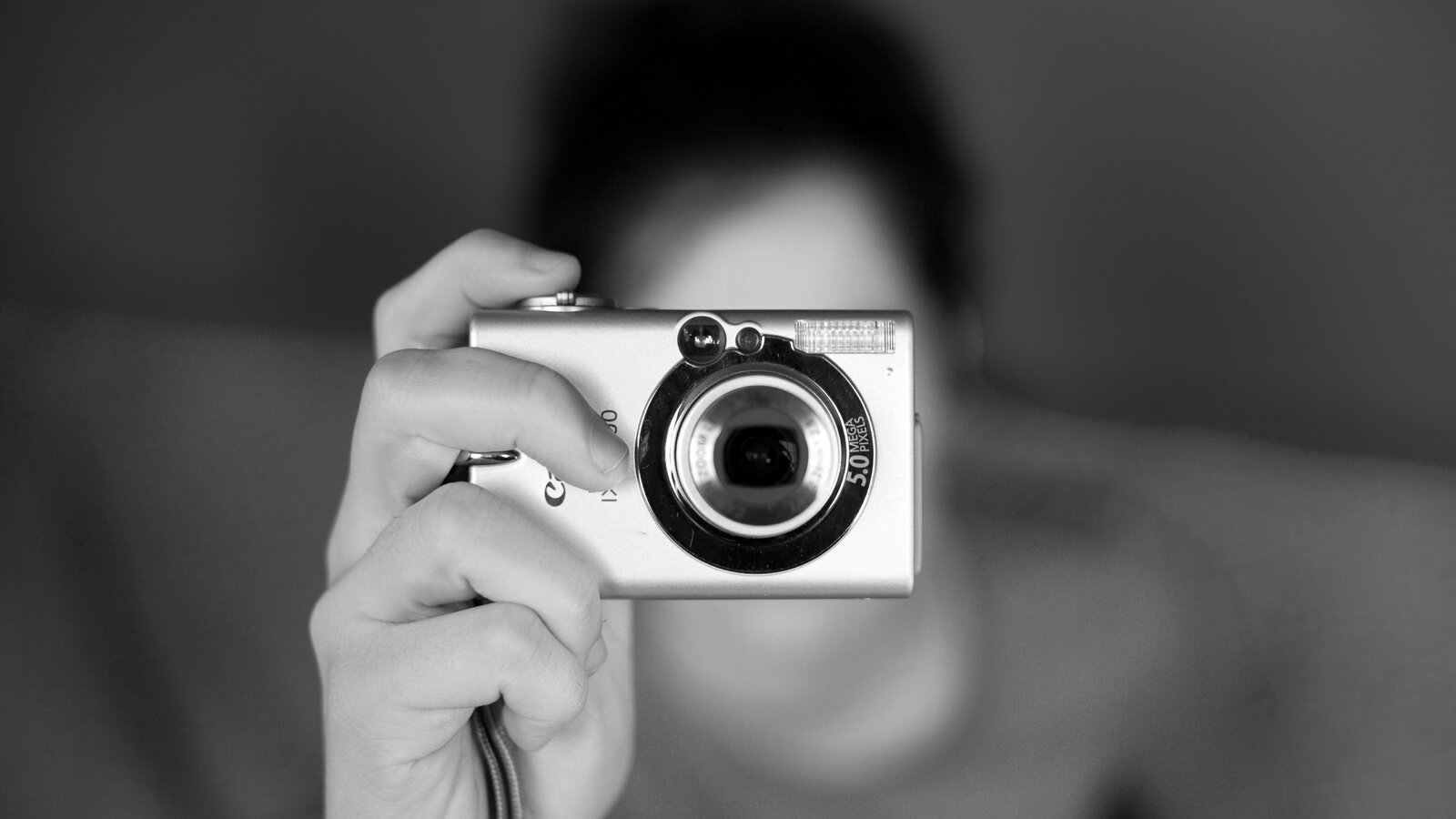 'Challenge Accepted' on Instagram: Black and White Selfies for Women 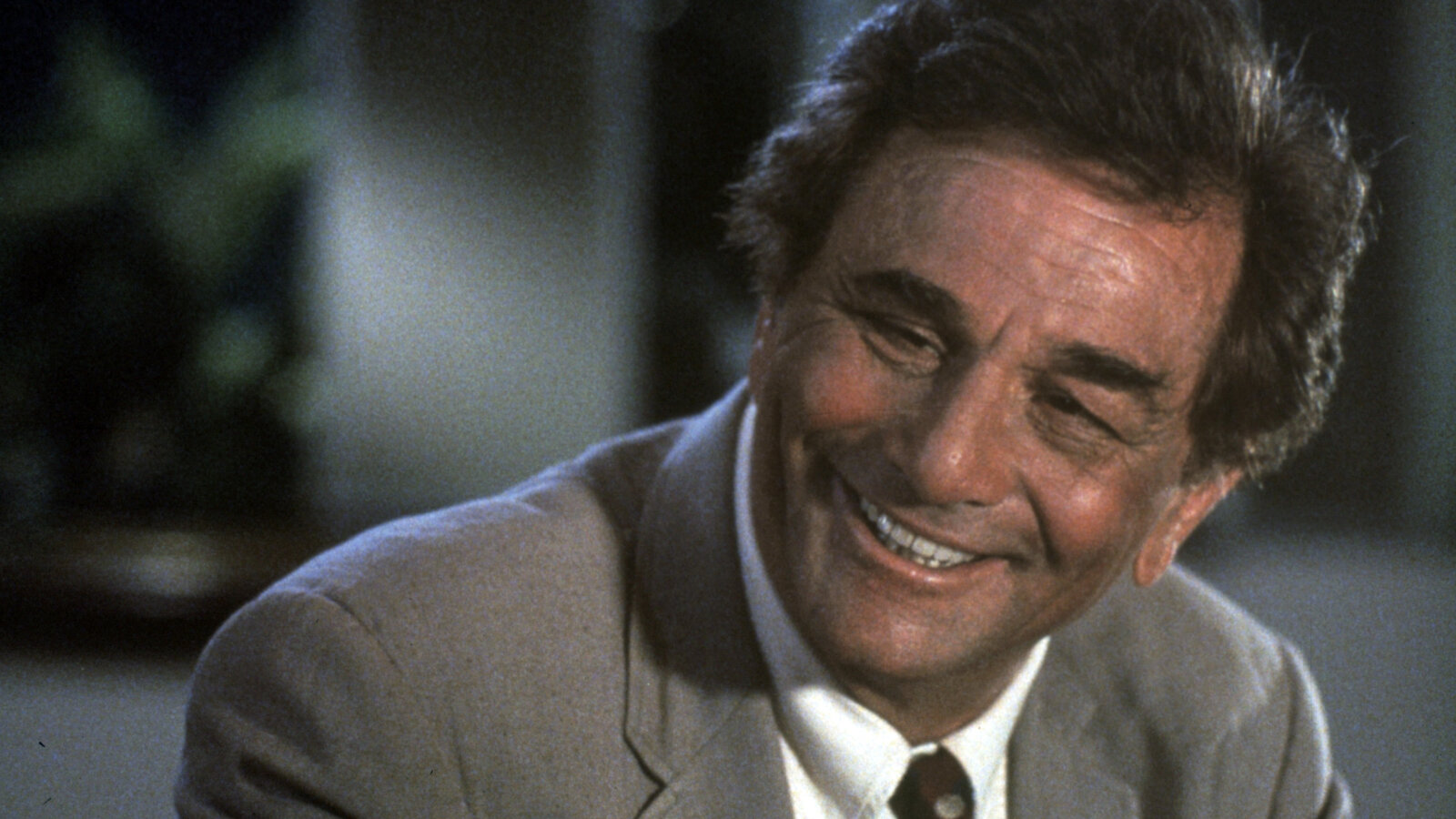