Darnella Frazier—who was 17 years old when she shot cell phone video of Derek Chauvin kneeling on George Floyd's neck for more than nine minutes last year—was given a special Pulitzer Prize citation Friday recognizing her for "the crucial role of citizens in journalists' quest for truth and justice." 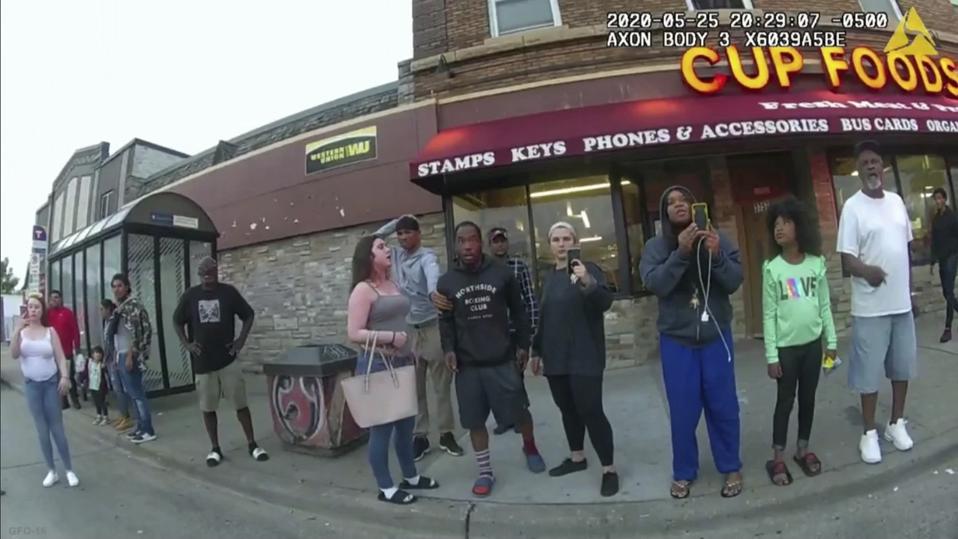 Prize judges noted that Frazier's video was largely responsible for spurring protests against police brutality throughout the U.S. and several other countries, representing some of the largest public demonstrations in generations.

Frazier has been praised for recording the encounter, which was crucial in convicting Chauvin—a former Minneapolis police officer—for Floyd's murder.

She testified about the video at Chauvin's trial, noting Floyd told Chauvin "I can't breathe," and said it seemed like Floyd "knew it was over for him."

The staff of the Minneapolis Star Tribune was awarded the Pulitzer Prize for breaking news reporting, considered one of the most prestigious Pulitzer awards, for coverage of Floyd's murder and its aftermath.

In its full notes recognizing the video, Pulitzer judges said Frazier was recognized, "For courageously recording the murder of George Floyd, a video that spurred protests against police brutality around the world, highlighting the crucial role of citizens in journalists' quest for truth and justice."

Floyd was unarmed when he was killed on May 25, 2020, and his death sparked a racial reckoning in the U.S., over issues like police brutality and longstanding public symbols of racism, like Confederate monuments. In April, Chauvin was found guilty of two counts of murder and manslaughter for Floyd's death. Chauvin is scheduled to be sentenced on June 25.

The Pulitzer Prizes have been awarded annually since 1917 to honor excellence in journalism and the arts.