The 20 most hated TV finales of all time, ranked

pitch-perfect series finale can often seal a show’s place in the pantheon of TV greatness.

From classics like M*A*S*H  and Cheers to recent examples like Mad Men and The Deuce, a great series finale is a sure-fire way of ensuring that a show’s reputation will endure. But what happens when TV creators get it wrong?

How I Met Your Mother celebrates its 15th anniversary this week (19 September) but the US sitcom that built a devoted following for nine seasons saw its reputation weakened by a terrible, twist-filled finale.

Either by playing it too safe or taking too much of a risk, many otherwise beloved programmes have seen their shine dulled by the ignominy of a finale misfire.

Some are universally despised, while others are simply divisive, works of arguable genius that nonetheless alienated large portions of their fanbase.

Wrapping up a series as electrically popular and perpetually surprising as Breaking Bad was always going to be a tough task – and the initial reaction to the finale (“Felina”) was one of widespread adulation. But while the episode still has its high points – Jesse’s euphoric escape from captivity; Walt’s theatrically tragic demise – its reputation has cooled, for many, to one of gentle disappointment. When you’ve made one of the medium’s all-time great series, a finale that’s simply “good” won’t quite cut the methstard.

Rachel Bloom’s cult musical comedy series made some questionable calls towards the end of its four-season run - which included re-casting erstwhile love interest Greg with an entirely different actor. But its finale was still viewed as a particular cop-out by some fans, as its dysfunctional lead Rebecca sidestepped the choice between her three potential suitors and chose instead to focus on music. Thematically satisfying? Maybe, but most viewers had already picked a side, and anyone watching to “ship” was left unfulfilled.

A new child being born in a TV finale is as common as it is hackneyed (think Chandler and Monica in Friends, or Niles and Daphne in Frasier). Girls put its own spin on the cliché in “Latching”, which saw insufferable writer Hannah Horvath (Lena Dunham) rebuild her relationship with the even-more-insufferable Marnie (Allison Williams) after giving birth to a son, Grover. For a show originally premised on the hip, quintessentially millennial friendship between four twentysomething women in New York City, Girls transformed into something radically different – and not altogether successful – in its dying breath.

Lena Dunham as Hannah Horvath in 'Latching', the final episode of the hit series 'Girls'(HBO)

The finale of David Milch’s gritty HBO western Deadwood is an outstanding hour of TV; one of many that the nearly peerless series produced. But to many viewers, it was also maddeningly anticlimactic, coming at the mid-point of a planned two-season arc that was aborted when the series was cancelled after its third season.  A movie finale released 14 years later wrapped up some, but not all, of the loose ends, but the original cancellation remains one of the great injustices of the medium.

Mike Schur’s heaven-set sitcom The Good Place was devised with the perfect series finale – wherein it is revealed that the spurious afterlife inhabited by the selfish Eleanor Shellstrop (Kristen Bell) is not in fact heaven, but hell (or: “The Bad Place”). Rather than call it quits with that dramatic twist, however, the series continued for another three seasons. By the time of the rather saccharine finale, the plotlines had become so convoluted that over half of the series’ peak viewers had given up.

Alan Ball’s pulpy post-Six Feet Under vampire drama indulged in its fair share of melodrama down the years, but the finale still lives in undead infamy. When Bill (Stephen Moyer) forces Sookie (Anna Paquin) to kill her, a series-long romance is thrown out the window, without much of a comprehensible reason. At its best, this series could really sink its fangs into you; by the end, it just sucked.

Sookie (Anna Paquin) and Bill (Stephen Moyer) in 'Thank You', the final episode of 'True Blood'(HBO)

Another series that entered decline long before its let-down of a finale, The X-Files promised big things with the return of David Duchovny’s Fox Mulder. It was a shoddy end for one of TV’s great sci-fi series: a confounding, often dull hour that lapsed into heavy-handed theism and trite TV tropes.  “The most imaginative show on television has finally reached the limits of its imagination,” wrote The New York Times after the episode’s airing.

Enterprise creator Brannon Braga would later say that the series finale of Star Trek: Enterprise was “a kind of a slap in the face to the Enterprise actors… I regret it.” The episode, which was framed as a holodeck sequence aboard the Next Generation vessel a century into the future, offered little in the way of closure for Enterprise fans, and to top it off, the show needlessly killed off Commander Trip Tucker, played by Connor Trinneer.

Taking its name from a Stephen Sondheim lyric, the Desperate Housewives finale “Finishing the Hat” took all the melodrama tension that had been building all season and turned it into… not much, really. Karen Mc Clusky (Kathryn Joosten) confesses to killing Alejandro, defusing Bree’s murder trial. For a series that built its reputation as a sharply subversive suburban satire, Housewives  couldn’t deliver a proper pay-off, with its blandly happy endings all round.

Mark Gatiss and Steven Moffat’s modernised spin on the Sherlock Holmes stories was something of a sensation for the BBC throughout its first three short series. The de facto finale, however (barring any future return), was seen by most as a misstep. “The Final Problem” saw Holmes (Benedict Cumberbatch) and Watson (Martin Freeman) contend with the villainous Eurus (Sian Brooke), in a story that was deemed by some critics both confusing and sexist.

Depending on whom you ask, the finale to David Lynch avant-garde Twin Peaks revival is either one of the finest, boldest pieces of TV ever made, or an inscrutable, frustrating mess. Having waited all season for the return of charismatic good guy Dale Cooper (Kyle McLachlan), fans finally saw old Coop return in full fettle during the penultimate episode. The reunion was short-lived, however, and both Cooper and Twin Peaks ended with an hour that was surreal, hostile and unsettling – the viewers craving resolution or closure were left sorely disappointed.

'What year is this?': The haunting conclusion of 'Twin Peaks' proved too bleak and nebulous for many viewers(Suzanne Tenner/SHOWTIME)

Teen drama Gossip Girl concluded with a shock reveal: that Dan (Penn Badgley) was the blogger known as “Gossip Girl” all along. Many fans were unhappy with the twist, which threw up a whole load of new questions (namely: “why?”). What’s more, the series’ final scene, showing a new, younger group of cliquey high school kids, didn’t really land.

8. Little House on the Prairie

Selling the farm is one thing, but blowing it up with dynamite? The explosive conclusion to Little House on the Prairie saw the titular house reduced to smithereens, along with the rest of Walnut Grove. In the TV special The Last Farewell, the residents destroy their own property to stop it falling into the hands of a sinister development tycoon. Naturally, those Prairie fans who had grown to love the locale were aghast.

Has there ever been a finale so wholly divisive as that of The Sopranos? David Chase’s medium-changing mob drama was, at times, so funny and compelling that it was easy to overlook how experimental it could be (Kevin Finnerty, anyone?). The finale, with its now-infamous “cut to black” ending, was The Sopranos at its risk-taking best, though many fans were dismayed at the ambiguity of Tony’s fate. Some of the cast members even complained that they thought their TV had suffered a glitch while watching the episode’s closing moments.

Don't stop believin': 'The Sopranos' came to an iconic end with the abrupt cut to black in 'Made in America'(Rex, HBO)

The propulsive appeal of Lost had always been its core mysteries. The lengthy two-part finale doesn’t offer a whole lot of answers, and divided fans down the middle. Damon Lindelof’s spiritualistic bent is out in full force here, and the finale’s detractors argue that it is overlong, confusing and overindulgent.

As most nine-year-old English students are told, “…and it was all a dream” is just about the most reviled way to end a story known to man. Roseanne did something tantamount to this with its original ninth season finale (before being eventually revived in 2018), as it was revealed that most of the events after Dan’s (John Goodman) heart attack in the previous series were simply imagined by Roseanne (Roseanne Barr) as part of a book she was writing. Dan, it turned out, had died from the heart attack. When the show was revived a few years ago, the writers pretended this finale (and most of season nine) never existed; most viewers wished that were the case at the time.

4. How I Met Your Mother

While twist endings in films are often celebrated, they’re harder to pull off in the medium of TV, when characters and contexts have solidified over the course of years. How I Met Your Mother went for a doozy with its widely loathed finale, bait-and-switching Ted’s (Josh Radnor) love interest by consigning the titular Mother (Cristin Milioti) to a death by terminal illness. Between the last-ditch pivot to Robin (Cobie Smulders) and the complete undoing of Barney’s character development, this finale tarnished the whole legacy of the once-beloved sitcom.

Since the very beginning of showtime’s sensational serial killer drama Dexter, people were wondering how it would end. Would Dexter Morgan (Michael C Hall) finally be brought to justice as the infamous “Bay Harbour Butcher”? Would he confess? If you’d guessed “moved to Oregon to live out the remainder of his life as a lumberjack”, you’d have certainly got good odds – the startlingly leftfield conclusion came out of nowhere, and satisfied just about nobody.

How do you end one of the most popular, acclaimed sitcoms of all time, that was, famously, “a show about nothing”? The answer, for Jerry Seinfeld and Larry David, was to make it about pretty much everything, embroiling Jerry, Elaine, George and Kramer in a farfetched (even by the show’s own merits) legal battle which saw a courtroom of characters from the show’s past conspire to send the gang to prison for crimes against social decency. David would later have another run at a finale in the seventh season of Curb Your Enthusiasm, but the damage was already done; Seinfeld’s catastrophic conclusion left millions of viewers asking, “What’s the deal?”

The bigger they come, the harder they fall – and in the world of TV, Thrones was a titan. The hit HBO fantasy series was plagued with narrative and stylistic problems throughout its eighth and final season, culminating in an over-hyped finale that was met with something resembling a collective shrug. The decision to award the coveted seat on the Iron Throne to the unlikely Bran Stark was far from Thrones’ only problem. The show’s early assuredness and deft plotting had given way to implausible spectacle, and many fans were left feeling like their best-loved characters had been betrayed by the show’s notoriously trigger-happy creators. 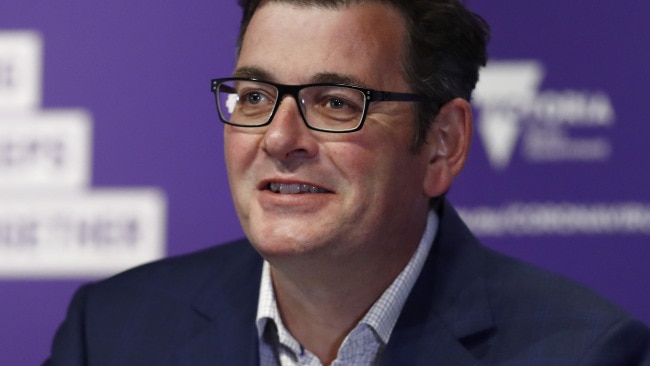