The 31 Best Horror Movies on Stream This Halloween

October is made for movies that send chills down the spine—from classics like Halloween and Psycho to newer fare, including The Conjuring and Us. Whether you’re looking to be spooked by axe murderers or alien invasions, here are some of the most critically acclaimed horror titles that you can stream at home—under a blanket to shield your eyes, as needed.

The Cabinet of Dr. Caligari

A deranged hypnotist uses his skills to manipulate a sleepwalker into committing murders on his behalf in this silent film, a classic of German expressionist cinema that is widely recognized as the first horror movie ever.

Everyone knows the iconic moments from Stanley Kubrick’s 1980s psychological thriller. There’s Jack Nicholson’s deranged delivery of “Heeeeere’s Johnny.” There’s Shelley Duvall’s agonizing look on the other side of his taunting. And who could forget those haunted twins roaming the halls of the Overlook Hotel? Each subsequent watch of this Stephen King adaptation uncovers new scares within the tormented psyche of Jack Torrance.

Florence Pugh’s body ensconced in florals would be a soothing image in another film. But not in Midsommar, Ari Aster’s slowly horrifying account of a group of Americans trapped at Sweden’s most deceiving festival. When Ariana Grande themes her birthday party around a movie, one knows it’s cemented a permanent place in pop culture.

The Bride of Frankenstein

Pioneering horror director James Whale helmed both Frankenstein and its sequel—loosely adapted from Mary Shelley’s novel. After watching this, you can see Ian McKellen in his Oscar-nominated performance as Whale in Gods and Monsters, about the director’s final days.

No one does horror quite like Wes Craven. What began as a premature death scene involving a landline-clasping Drew Barrymore has turned into a five-film franchise. The upcoming sequel (out in February 2022), titled Scream (again), reunites OG stars Neve Campbell, Courteney Cox, and David Arquette with newcomers including Jack Quaid and In the Heights’ Melissa Barrera.

When it came time for Jamie Lee Curtis to launch her own horror career, following her mother’s famous turn in Psycho, 1978’s Halloween is what welcomed her into the fray. John Carpenter’s groundbreaking film, complete with notorious killer Michael Myers, has inspired more than 10 film follow-ups. 43 years after originating the role of Laurie, Curtis is playing the role once again in the upcoming Halloween Kills.

Willem Dafoe was nominated for a best supporting actor Oscar for Shadow of the Vampire, in which he played Max Schreck—the actor playing the titular role in the original Nosferatu, who is maybe an actual vampire. Watch the actual Nosferatu if you want to compare Schreck’s performance to Dafoe’s.

This is the one that warned children everywhere about sitting too closely to the TV set. Credited to director Tobe Hooper (The Texas Chain Saw Massacre), but heavily rumored to be helmed by producer Steven Spielberg, Poltergeist remains one of the scariest ghost stories of all time.

Tod Browning’s Freaks is set in a circus sideshow, where a trapeze artist conspires to bilk another performer out of his inheritance by tricking him into marrying her. Freaks features performers with actual physical disabilities and has, for that reason, aged poorly in terms of the way it exploits that community. Still, it remains a boundary-pushing cult classic—and signifier of this era in film horror.

On the run after stealing $40,000 in cash from her office, real-estate secretary Marion Crane (Janet Leigh) checks in at the Bates Motel, where she and its owner, Norman Bates (Anthony Perkins), proceed to make film history. Jamie Lee Curtis, Leigh’s daughter, recently paid homage to Marion Crane at the premiere of Halloween Kills.

Spielberg exploded box-office records with his adaptation of Peter Benchley’s novel, in which a great white shark terrorizes (fictional) Amity Island over a particularly memorable Fourth of July weekend—until the police chief (Roy Scheider) teams up with a marine biologist (Richard Dreyfuss) and a grizzled old fisherman (Robert Shaw) to deal with it.

Black photographer Chris (Daniel Kaluuya) is nervous about his first meeting with the family of his white girlfriend, Rose (Allison Williams), despite Rose’s assurances that her parents are accepting and progressive. Chris’s concerns are heightened by the reaction of the only other Black guest at Rose’s parents’ garden party, and the eerie behavior of the family’s Black household staff. The film—Jordan Peele’s directorial debut—was nominated for four Oscars, including best picture; Peele won for his original screenplay.

What has turned into a multi-million dollar franchise, complete with Annabelle and The Nun spinoffs, began as as a surprisingly effective paranormal movie by Saw director James Wan. Vera Farmiga and Patrick Wilson star as real-life paranormal investigators Lorraine and Ed Warren, eager to uncover the horrors hiding behind each creaky corner in a desolate farmhouse.

Ridley Scott’s Alien remains pretty much unassailable in its introduction to the ongoing misadventures of commercial astronaut Ellen Ripley (Sigourney Weaver) and her run-ins with unfriendly xenomorphs, which continue in Aliens.

The Silence of the Lambs

Psychiatrist-serial killer Hannibal Lecter has spawned a franchise almost as large as Alien’s, with almost as many misfires, since his creation by novelist Thomas Harris. But the late Jonathan Demme’s may be the definitive adaptation, portraying the first meeting of F.B.I. agent-in-training Clarice Starling (Jodie Foster) and Anthony Hopkins’s Lecter; it went on to win awards in the top five Oscar categories.

Elisabeth Moss leads this updated version of the 1933 original (available on Peacock), about a woman at war with everyone around her. Stalked by a maniacal ex-boyfriend who may or may not have staged his own death, Moss’s horror heroine works to get the police—and her own mind—back on the right side.

Let the Right One In

Lonely Oskar (Kåre Hedebrant) makes friends with his mysterious new next-door neighbor Eli (Lina Leandersson) without knowing her secret: the older man with whom she lives regularly kills people on the streets of their Stockholm suburb to provide her with the blood she must drink to live. Make sure you watch the Swedish original, not its inferior American remake.

With this adaptation of King’s first published novel in 1976 by Brian De Palma, proms would never be the same. Sissy Spacek delivers a career-defining turn as the titular hero-turned-villain, sinisterly transformed by a bucket of pig’s blood. Chloë Grace Moretz would go on to star in a 2013 remake; but nothing beats the first time.

Drag Me to Hell

Director Sam Raimi, who became a horror legend thanks to the Evil Dead franchise, followed his three Spider-Man films with this return to form, in which Christine (Alison Lohman) tries to get a promotion at her bank by showing she can reject a loan for a seemingly undesirable applicant . . . who turns out to have the power to curse Christine’s immortal soul.

The Cabin in the Woods

Buffy creator Joss Whedon and veteran Buffy writer Drew Goddard co-wrote this witty spin on the haunted-house genre (which Goddard also directed). In it, a group of college students—including Chris Hemsworth and a pre–Grey’s Anatomy Jesse Williams—spend a weekend at a remote cabin, where nothing is quite as it seems.

Sam Raimi rose to horror prominence with this gory 1981 film, which has spawned several sequels, remakes, a TV adaptation, and even a musical. The endurance of Evil Dead lies in its simplicity—a group of oblivious pals hike through a creepy forest to a cabin where an evil old book spells doom. Consider this the blueprint for countless horror films to follow.

While there are flashier Stephen King adaptations out there, Gerald’s Game remains one of the most underrated. Mike Flanagan (Netflix’s The Haunting, Midnight Mass) filmed a thrilling telling of King’s novel starring Carla Gugino as Jessie—a woman handcuffed to a bed beneath her dead husband Gerald. While the premise is sparse, the secrets lurking underneath are worth a watch.

In writer-director Jennifer Kent’s feature-film debut, harried widow Amelia (Essie Davis) is challenged by the difficulties of raising her six-year-old son, Samuel (Noah Wiseman). Her burden only gets heavier when Samuel is terrorized by a pop-up book about a mysterious creature (and unlikely gay icon) called the Babadook. Amelia must assuage his fears about the Babadook without being certain herself that the monster is mere fiction.

A family—led by parents played by real-life husband and wife/co-parents John Krasinski (who also directs) and Emily Blunt—tries to survive after Earth is invaded by murderous creatures who compensate for their lack of eyesight with extremely sensitive hearing. The family anticipates that their difficulties will be compounded by the imminent delivery of their new baby. (The recently-released sequel is also streaming, FYI.)

The legacy of Roman Polanski’s oft-imitated (see: Illana Glazer’s False Positive, released earlier this year) film starring Mia Farrow has only grown more complicated since its initial release. Centered on a New York City couple in the 1960s, their uniform existence becomes just as gothic as the new apartment in which they reside. Rosemary’s Baby has become an ongoing flashpoint for female paranoia, consent, and issues of reproductive rights since its devilish conception.

A Nightmare on Elm Street

Has there ever been a slasher movie villain as notorious as Freddy Krueger? Originally brought to life with exacting evilness by Robert Englund in 1984, Freddy has popped up in countless iterations of the Nightmare films—bringing creeps and comedy in equal measure.

In light of the news that the Zodiac Killer has finally, maybe been identified, it’s time to revisit David Fincher’s 2007 film. Jake Gyllenhaal, Mark Ruffalo, and Robert Downey Jr. star as three men whose obsession with the serial killer upends their lives to differing degrees. While Zodiac could be considered more of a thriller and less of an all-out horror fest, Fincher’s murder recreations and a scene in which Gyllenhaal confronts a suspect in a basement are downright terrifying.

How do you follow-up a cultural phenomenon like Get Out? By exploring the dark underbelly of an American family on a seemingly ho-hum vacation. Us is the bloodier, twistier, and altogether more political sibling to Get Out. But it’s also an engrossing film about childhood trauma anchored by Lupita Nyong’o’s haunting performance.

Miniaturist Annie (Toni Collette) has complicated feelings after the passing of her remote mother, Ellen, which don’t exactly straighten themselves out when the funeral is followed by several other horrifying catastrophes.

Nothing incites terror quite like a religious allegory. William Friedkin ushered the idea of exorcism into the mainstream with his tale of a possessed child (Linda Blair, serving the stuff of nightmares) and the mother unable to navigate her new existence (Ellen Burstyn). Nearly 40 years later, Regan’s levitating exorcism remains one of the most disturbing scenes in horror film history.

Night of the Living Dead

Enter the zombies. Dreamt up by horror maven George A. Romero in 1968, Night of the Living Dead was one of the first major films to deal with the undead. In it, a cast of terrified characters hole up in an abandoned farmhouse, seeking refuge from rotting corpses who hunger for flesh of the living.

— Explore the gospel of gentleness with Brené Brown

— How Veep and Game of Thrones handled their respective “mad queens”

— From the archives: Who says women aren’t funny?

Looking for more? Sign up for our daily Hollywood newsletter and never miss a story. 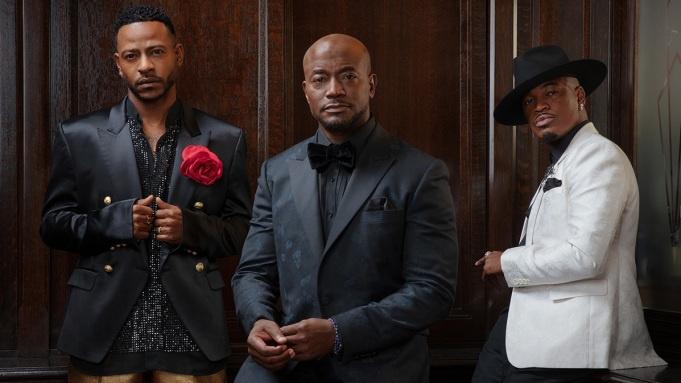 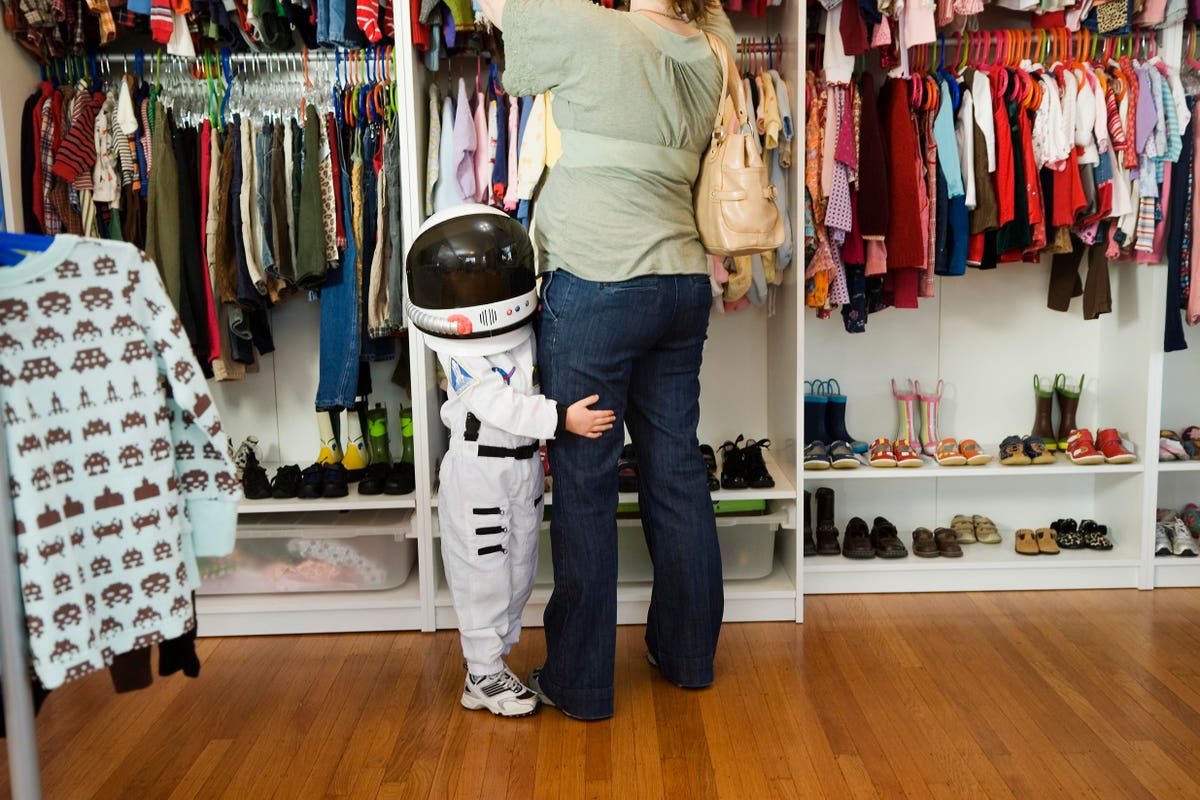