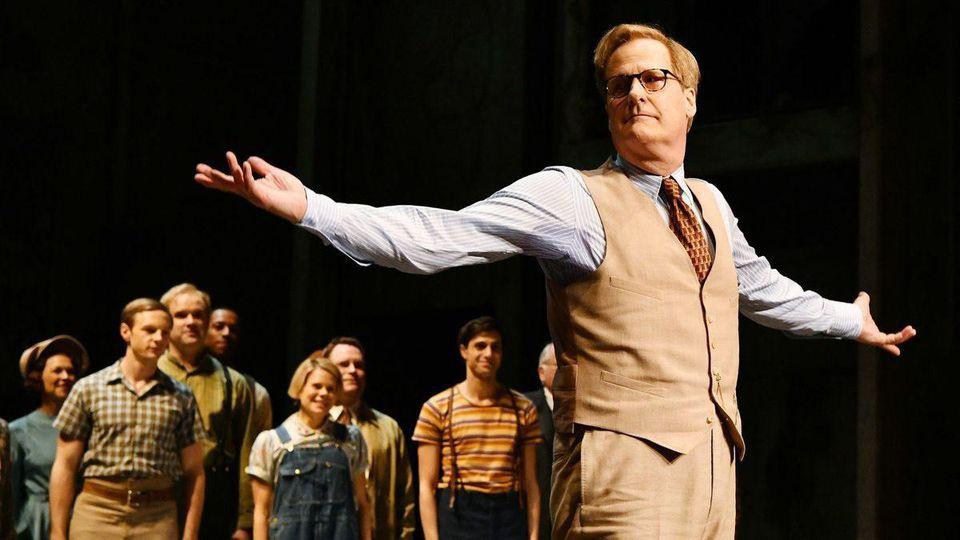 Atticus Finch & Co. are heading back to Broadway - with one notable absence.

To Kill a Mockingbird will return to the Shubert Theatre on October 5th, with two of its original stars in tow. Jeff Daniels will reprise his role as Atticus, and Celia Keenan-Bolger, who won a Tony for her performance, is returning as Scout.

However, the production’s most influential player has been erased from the marquee: disgraced producer Scott Rudin is no longer leading the show.

In April, Rudin announced he was “stepping back” from active participation in all his projects, which include Broadway, film and TV ventures, following excoriating exposés in The Hollywood Reporter and Vulture. The reports catalogued decades of alleged abuse by the producer, including physically assaulting his employees, and ignited a firestorm of anger throughout the entertainment world that ultimately forced him into an indeterminate hibernation.

Mockingbird is now the second Broadway show to announce its return without his name attached. The Lehman Trilogy, which he helped transfer from London, will remain under the auspices of The National Theatre. Mockingbird’s operations now fall to executive producer Orin Wolf, who previously stewarded the hit musical The Band’s Visit, and whose company NETworks had been overseeing the Mockingbird national tour.

It remains unclear whether Rudin will continue to benefit financially from his myriad ventures. The language of his statements on the matter is, one assumes intentionally, vague.

Before the pandemic, To Kill a Mockingbird was one of the Rialto’s biggest commercial hits, grossing $120 million over 16 months and playing to sold-out houses throughout. It also played Madison Square Garden in a special engagement to a crowd of NYC students 18,000 strong.

Early on, however, it chafed industry tastemakers, who pointedly denied it even a nomination for Best Play at the Tony Awards. Production sources believed the snub was retaliatory, citing Rudin’s pugilism that embroiled the show in multiple legal disputes on its way to New York - a precursor, perhaps, to his downfall this spring.

While egos on the team may have been bruised, the bad press didn’t stop the show from becoming an enormous hit. And while industry sales overall remain slow in advance of Broadway’s full-fledged return, it’s hard to imagine Mockingbird as anything but a box office staple once things are up and running.