Tony Robbins: Rules To Becoming Wealthy – How To Become Rich Without Selling Your Soul

If you are going to learn how to become rich, it may as well be from someone who owns a 525-acre private island in Fiji.

Tony Robbins is that someone. Arguably the most famous life guru and wealth coach, Robbins started out with nothing – then built a personal fortune worth $500 million dollars. 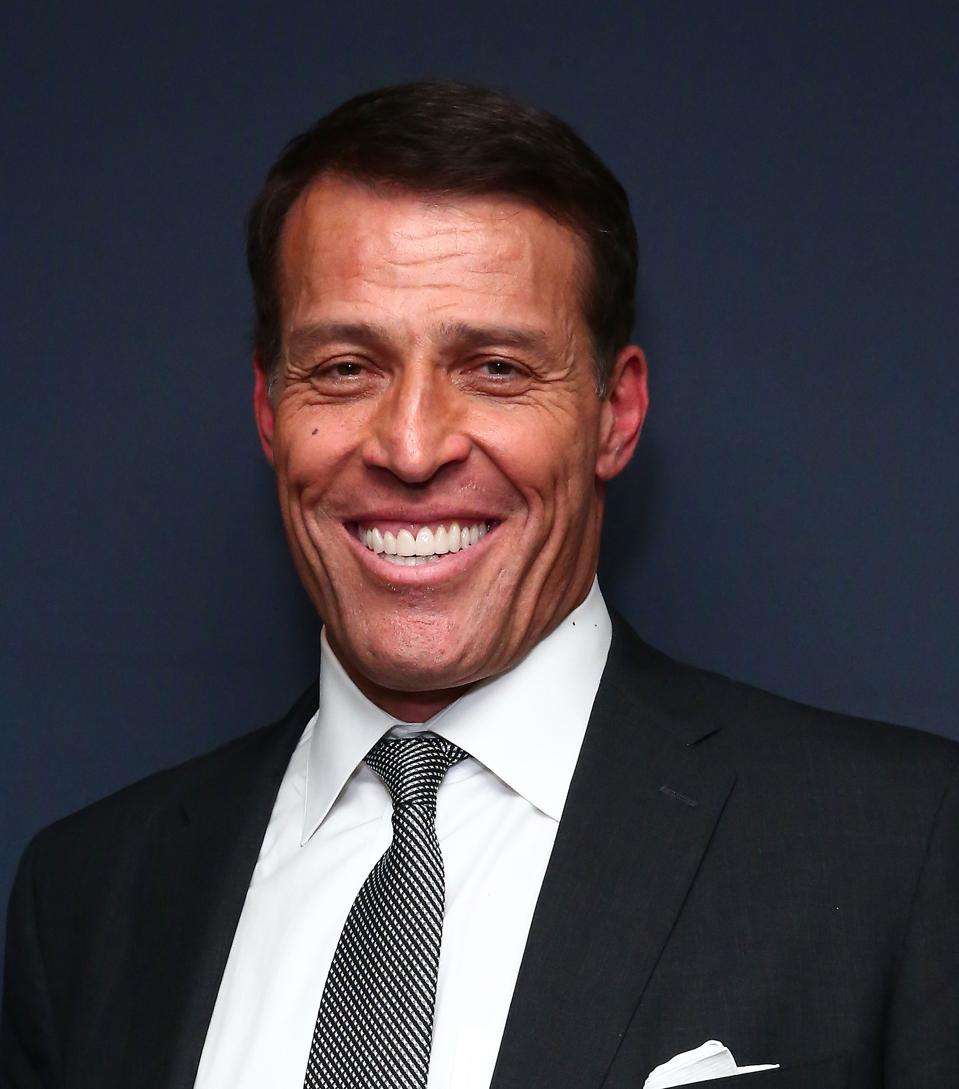 His wasn’t an auspicious start.

“Growing up,” he says, “my family was totally broke. There were always fights over money, which produced a tremendous drive in me to be able to provide for my own family.”

But drive alone wasn’t enough. Robbins started to see that psychological modelling was the future. “Success leaves clues,” he says. “I realized I had to develop a strategy that worked, and then follow it.”

Want to know how to become rich? Here’s that strategy.

Owning a business and creating wealth is a metaphor for life,” says Robbins, a balancing act that requires resilience and skill in order to succeed. But if you’ve been in business long enough it’s likely you’re beginning to wonder if simply making a profit is a worthy enough goal.

“No amount of money will ever make you truly wealthy,” he says. “The secret to real wealth is gratitude. When you realize you already have the resources you need to bring your vision of financial freedom into reality, you look at the world differently, you make different decisions, and you do the kinds of things that actually put you on the path toward the wealth you desire.”

2.   Be Prepared To Work For Your Wealth

It goes without saying that you need to work hard to become rich – but what’s more important than working hard is working smart. Robbins defines SMART in terms of goal setting. Make goals that are Specific, Measurable, Achievable, Realistic and anchored within a Time Frame.

“As humans, we need to feel like we’re working toward a goal in order to feel fulfilled and joyful in life,” he says. “But are all goals created equal? The outcomes you’re achieving (or not achieving) ultimately point to the quality of the objectives you’re setting for yourself.” So, work hard yes, but set goals that are smart.

"While so many of us are focused on making money,” says Robbins, “the most successful investors on the planet are obsessed with not losing it.” A critical part of knowing how to become rich is keeping what you accrue – which means making mindful decisions about how you invest and spend your money. Instead of letting emotional spending derail your finances, learn to control your emotions, then incorporate your priorities into a feasible budget for living below your means, tracking your spending to hold yourself accountable.

4.   Be Smart About Taking Risks

“While there is no such thing as a riskless return,” says Robbins, “every money master in the world will tell you to find investments that match risk with reward.” Robbins is not alone in his thinking here.

Frank Song is a former Wall Street investment banker and private equity investor. After Wall Street he went on to build an eight-figure international business conglomerate and is a confidential strategy advisor to businesses, high-net worth individuals and politicians. 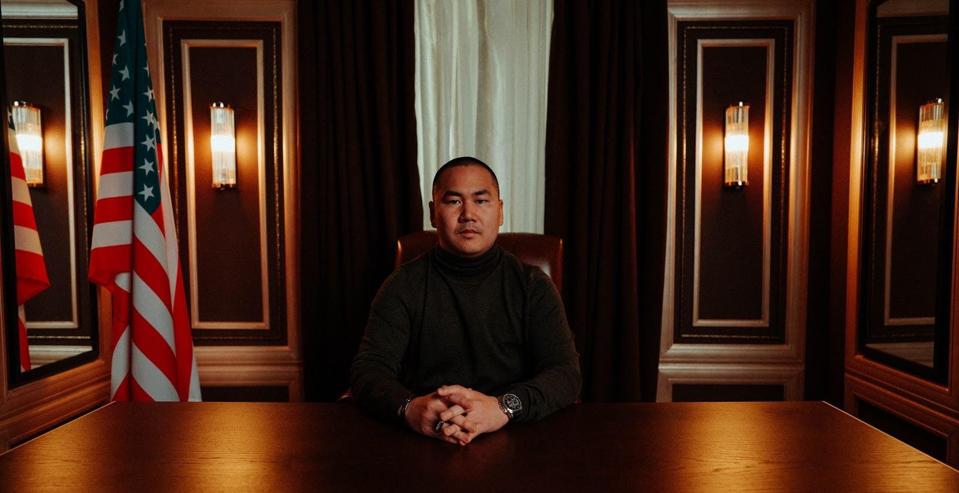 “This is one of the most important concepts in how to become rich,” says Song. “Make concentrated bets that produce positive risk-adjusted returns and have a large margin of downside safety.”

Concentrated bets are important because it’s mathematically easier to increase your net worth by investing in five highly researched investments than it is in 100 investments that you barely understand.

“Diversification is not always your friend,” says Song. Positive risk-adjusted returns are important because most people focus on how much money they make, and not on how much they could possibly lose.

Failure is part of your journey in how to become rich. “I remember,” says Robbins, “I was about 25 years old, and living in Marina Del Rey, California. I was in a wealthy area one day and met a woman who was driving a Rolls Royce, and she told me that her husband owned a penny stock investment firm. So I asked her if she had any investing tips on how to become rich. I took her advice and put my money in those stocks. And I lost everything.” 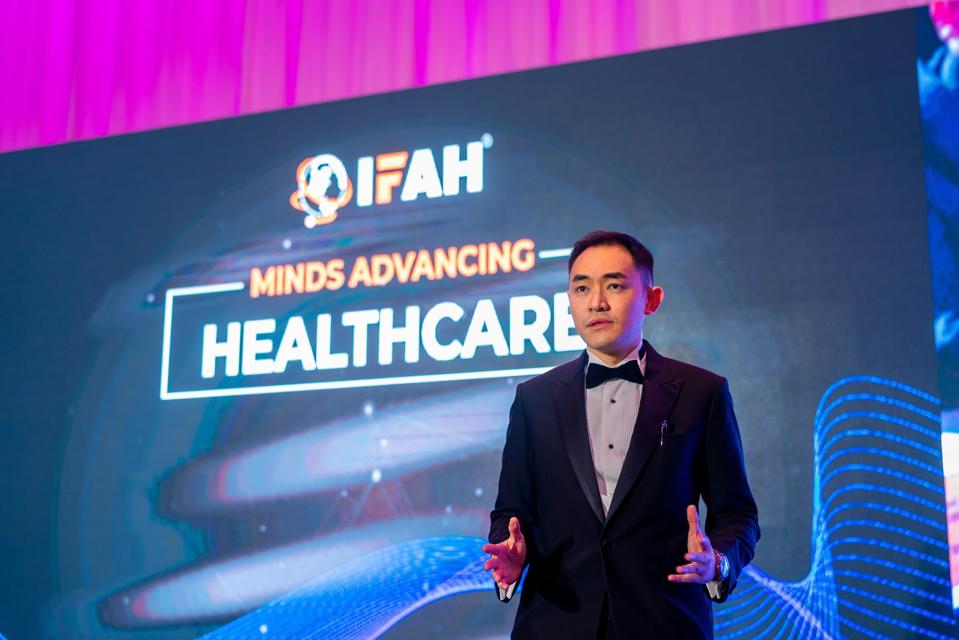 “Never rely on luck or individuals,” says Mark Leong, CEO and Co-Founder of Farmz Asia, a company based in Singapore that focusses on food education and helping people with chronic conditions to lose weight in 23 days through nutrition. “I find that creating systems helps to create standards and consistency and can minimize the risk of failure.” But of course you have to make some mistakes first in order to find out your best path.

“Continuous improvement means always striving to be the best you can be,” says Robbins. That means cultivating a growth mindset.”

“Our wealth is directly tied to how much we know,” says Farmz Asia’s CEO Mark Leong, who has been following Tony Robbins’ mentorship now for several years. “Read a lot, learn from people who have made mistakes, attend courses on scaling business to understand the systems and approaches used. I invest three hours every day just for self-learning,” he says.

“While developing a budget, saving money and making a good income are all important,” says Robbins, “true wealth-building strategies need the power of investing behind them.” A good investment strategy involves diversifying your portfolio, developing those wealth-building strategies and finding investments that match your level of risk tolerance. Those who are smart about building wealth are constantly looking for new ways to educate themselves on the process. Learning how to invest wisely when figuring out how to build is a necessity if you want to take your earnings to the next level.

A poor tax strategy, or none at all, can eat away at your earnings. “When it comes to our investments,” says Robbins, “we have been taught to focus on returns. But it's not what you earn that matters, it's what you keep. And if your portfolio isn't tax efficient, then you may not be keeping as much as you should be." Tax efficiency is the quickest way to become financially free, and can be the equivalent of years of earnings.” Pay attention to your taxes.

Having a great mentor is critical to building wealth, says Robbins. “My original teacher was a man named Jim Rohn,” he says, “an Idaho farm boy and Sears clerk who made it big as a motivational speaker and author. He held seminars all across the country for 40 years. He was a millionaire by the age of 31, and authored 17 books.

“I first saw Jim speak when I was 17, and he introduced me to a new way of thinking. He taught me that if you want anything to change, you must change. If you want things to get better, you’ve got to get better. And that the secret of life is working harder on myself than on the job, or a specific skill, or anything else. Jim taught me that as soon as I committed myself to excellence, I would really have something to give others. And that’s a big part of what makes life meaningful for me.”

“As a child,” says Robbins, “money was always a source of stress. On Thanksgiving Day, when I was 11 years old, something happened that profoundly changed my life. As usual, there was no food in the house, and my mom and dad were yelling at each other. I heard someone knocking at the front door, and there’s this man standing there with big bags of food and an uncooked turkey. I could hardly believe it.” 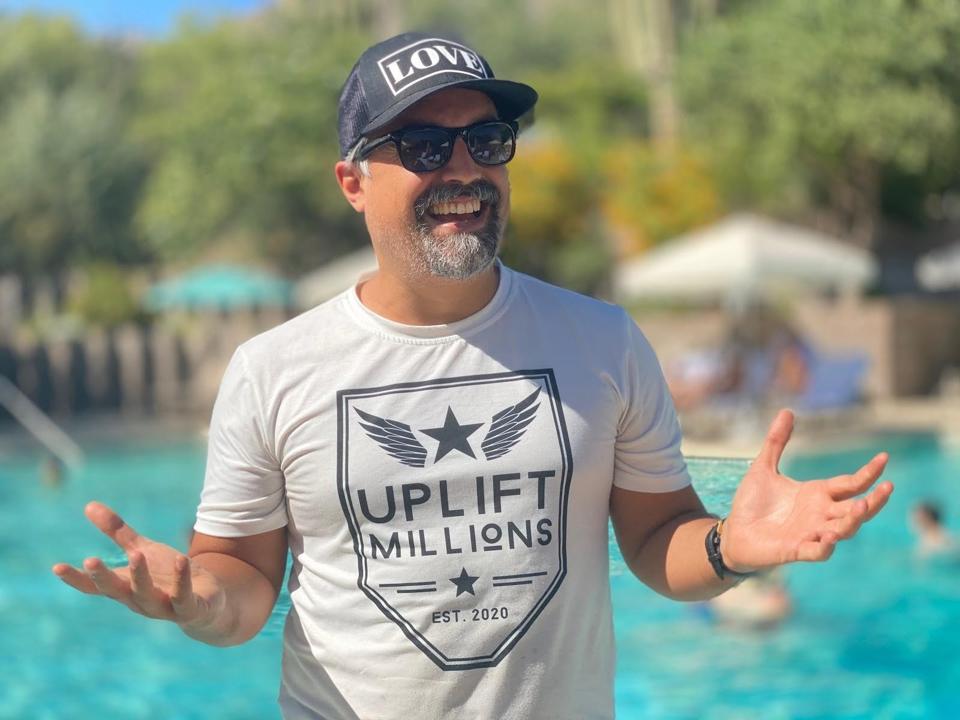 Abundance is a mindset, not a dollar amount. Cultivate gratitude for the things you have now and everything that is added will feel like a bonus. “The path to building wealth has evolved from the old paradigm to a new belief in our ability to uplift the lives of others,” says Alok Appadurai, founder and CEO of UpliftMillions.com, a training platform that helps people move from solopreneurs to movement-making CEO’s of impact-driven companies that transform people’s lives.

“Predatory capitalism is declining and a new era of impact-driven capitalism is upon us,” says Alok, whose companies to date have helped feed 500,000 people in need. “Wealth is flowing to wealth circulators who are increasing the velocity of money towards our collective rise. Giving back is a signal to the Universe that more wealth should flow through you.”.”

The message is clear. If you want to know how to become rich, start by taking a long hard look at your emotional spending patterns, your attitude to money and how you create and keep it using the best financial strategies learned from studying the models used by others.

Set your budgets to live within your means and build a mindset that includes gratitude, mentorship, learning and yes, sometimes failure. And then maybe you too will be sitting on a beach in Fiji sipping that cocktail. 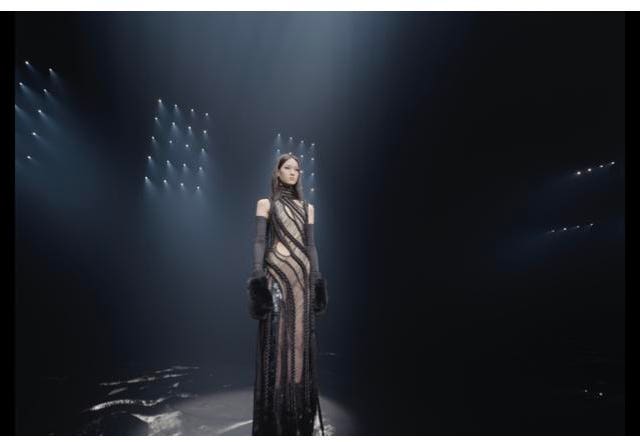 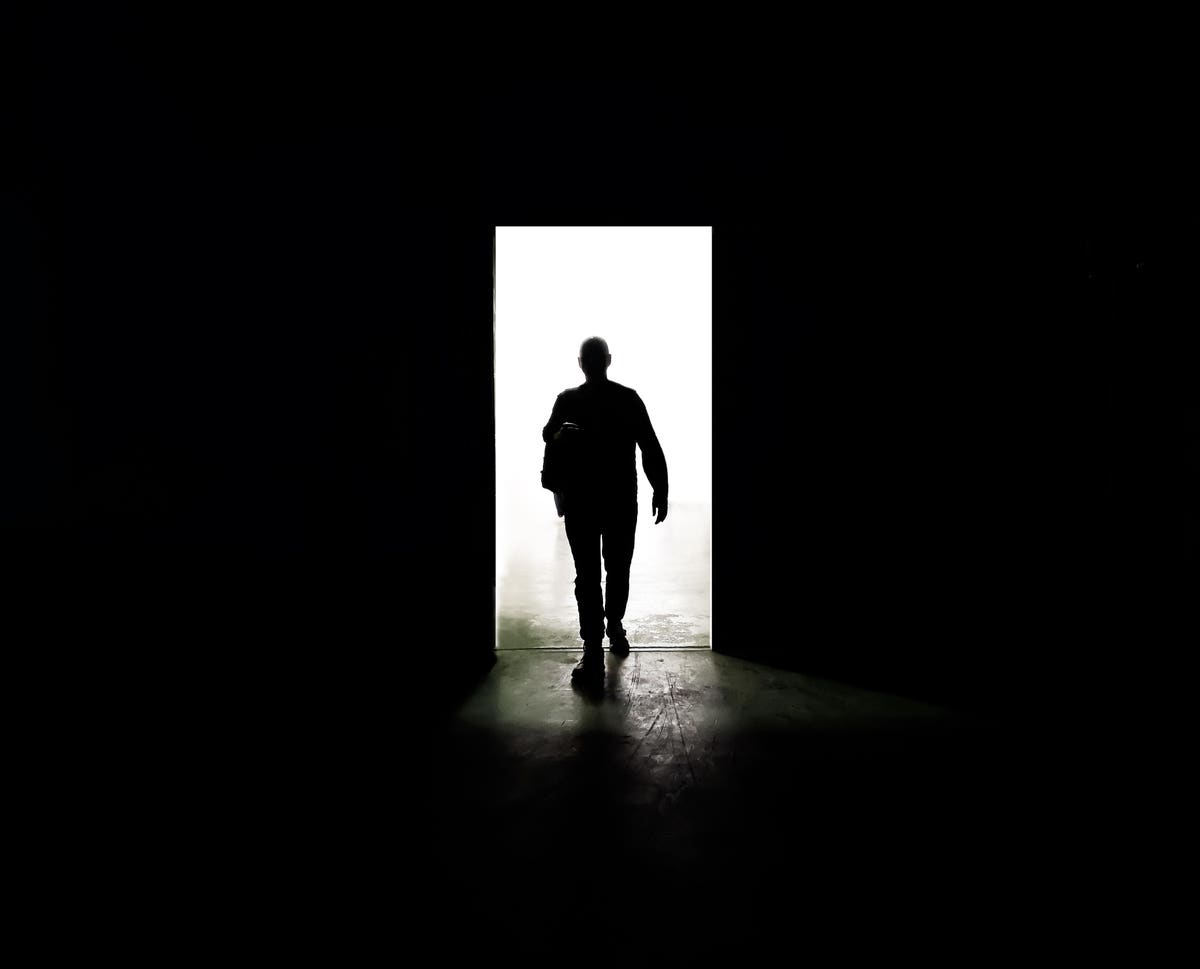