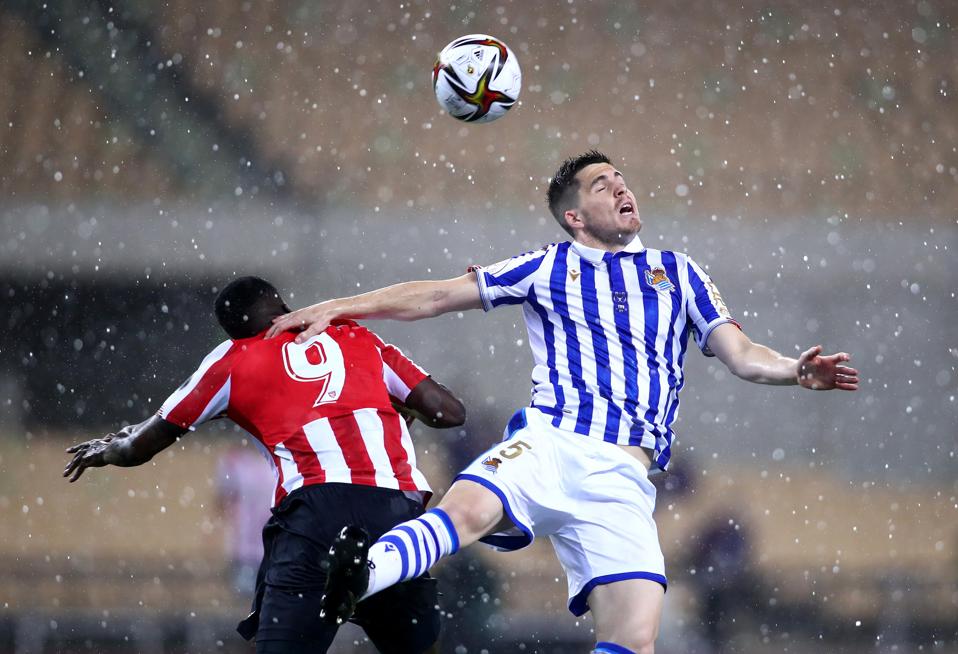 SEVILLE, SPAIN - APRIL 03: Inaki Williams of Athletic Bilbao and Igor Zubeldia of Real Sociedad ... [+] compete for a header during the Copa Del Rey Final match between Real Sociedad and Athletic Club at Estadio de La Cartuja on April 03, 2021 in Seville, Spain. Sporting stadiums around Spain remain under strict restrictions due to the Coronavirus Pandemic as Government social distancing laws prohibit fans inside venues resulting in games being played behind closed doors. (Photo by Fran Santiago/Getty Images)

A fixture that screamed of old tussles and classical vibes took a modern twist on Wednesday night, as the Basque derby between Real Sociedad and Athletic Club aired live on Twitch, becoming the first Spanish top-flight soccer game to be broadcast on the platform.

Soccer consumption is now diverse, but La Liga and television rights holder Mediapro’s decision to show the 1-1 draw for free on what is typically a streaming service for gamers was a bold move.

Instead of watching pundits on the box, viewers in Spain could flock online to see social media influencer Ibai Llanos walk them through proceedings on his channel alongside presenter Ander Cortes. Twitch’s chat box feature meant users could interact as well, creating a more immersive experience. As Bloomberg noted, the experiment aimed to attract a new audience.

The match—a repeat of the Copa del Rey final contest won by Sociedad—came on a night of Champions League quarter-final action, meaning not all Spanish fans’ eyes were on Twitch. Movistar, a pay channel, televised Bayern Munich versus Paris Saint-Germain and Porto against Chelsea, while Gol, which charges for most games, showed the La Liga encounter gratis.

Those who rejected tradition were not disappointed, though. Sure, Athletic’s supporters must have felt deflated by Roberto Lopez’s late equalizer, but Twitch itself was an engaging soccer host.

It certainly challenged the status quo, although that is changing too. Amazon, which owns Twitch, has become a force in sports broadcasting and currently delivers Spanish soccer to the United Kingdom via the La Liga TV channel on Prime Video. Twitch, however, taps into something different. 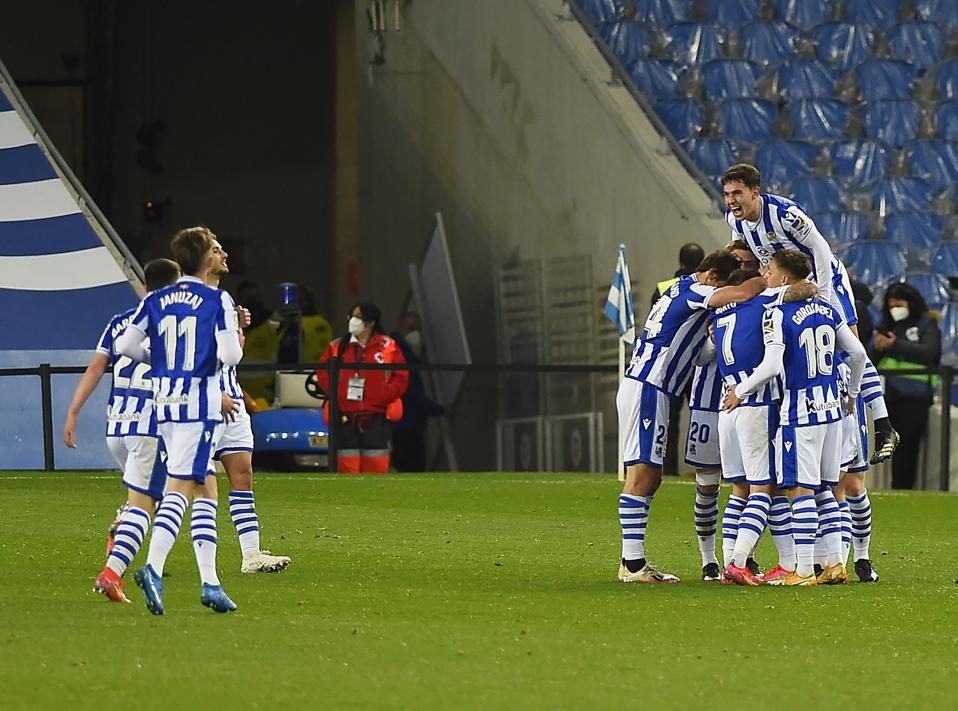 People watch games for the events, but also the personalities, commentators and sense of community. The pandemic means the phrase “I was there” will rarely reference soccer today, but that leaves alternative options, exemplified by Twitch, whose characters and narrators can draw spectators and contributors in the virtual field.

While it may not take off, it signals La Liga’s forward-thinking. English Premier League duels have already featured on the medium, but Spain’s first tier is the only major European soccer league to have an official Twitch account and is always keen to expand.

Still, new ideas don’t appeal to everyone, and nor should they. For the purist, sitting down to catch a game on television is more than enough. It’s simple. There are no distractions and it’s often the most accessible choice.

Nobody can deny, however, that habits are changing. Younger audiences, especially, tend to have shorter attention spans and enjoy more dynamic forms of engagement. Traditional methods won’t die, though. There are just more ways to watch.

What certainly won’t die is the soccer. Sociedad and Athletic have been around for over a century, have a history of fielding local players and have won trophies. Both will keep playing too, no matter how they are seen. 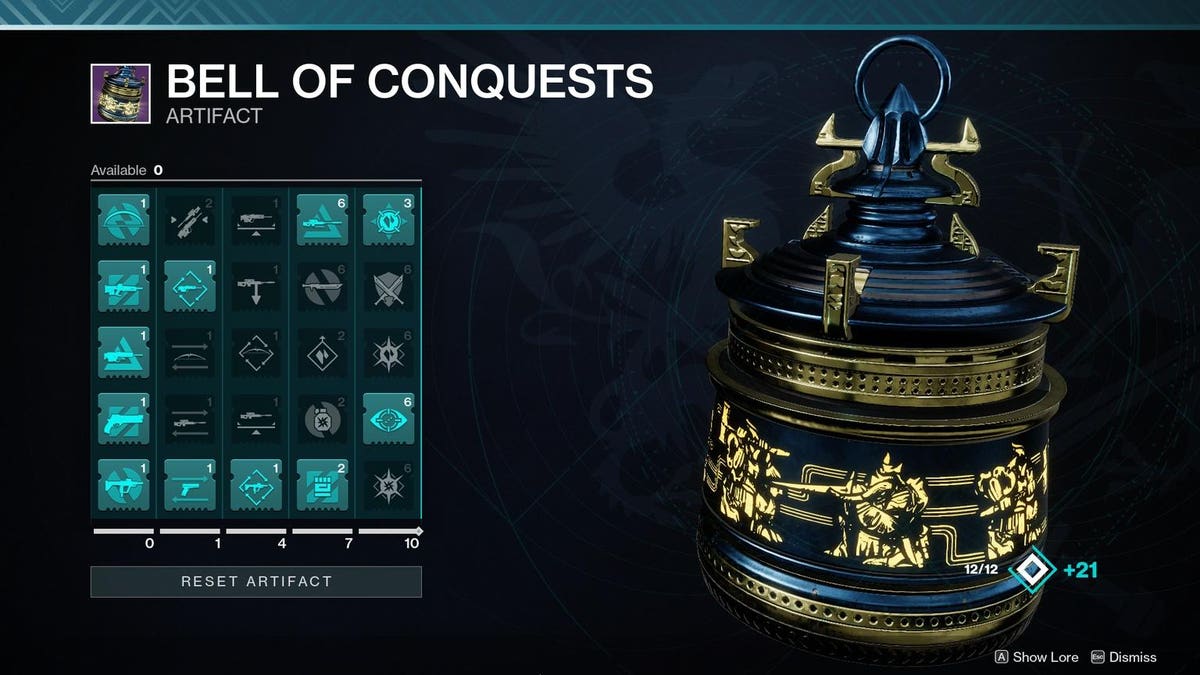