Two Singers Reveal the Core of Art Song, on Stages Big and Small

This weekend, Jonas Kaufmann gave a recital at the vast Carnegie Hall, while Will Liverman appeared at the intimate Park Avenue Armory. 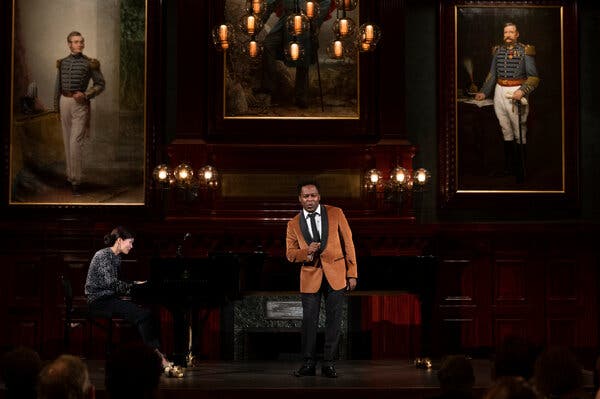 The baritone Will Liverman, in between performances of “Fire Shut Up in My Bones” at the Metropolitan Opera, gave a recital at the Park Avenue Armory with the pianist Myra Huang.Credit...Paula Lobo 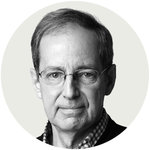 Two recitals over the weekend in New York might have seemed, at first, to inhabit very different realms of art song.

On Saturday evening at Carnegie Hall, Jonas Kaufmann, one of the world’s leading tenors, presented a program of songs in German. Then on Sunday afternoon at the Park Avenue Armory, the rising baritone Will Liverman, currently at the Metropolitan Opera in the lead role of Terence Blanchard’s “Fire Shut Up in My Bones,” gave a varied recital that included works by four Black composers he champions.

The Armory’s recital space — the roughly 100-seat Board of Officers Room — is close to the salons and living rooms where Schubert and other composers of his time essentially created the lieder concert. Carnegie Hall, which sold out nearly all of its 2,800 seats for Kaufmann’s engagement, is massively bigger than anything the progenitors of lieder could have imagined.

Yet at its core, art song is a genre in which music is put, sensitively and compellingly, at the service of poetic texts. And though the stages Kaufmann and Liverman performed from could not have been more different, both artists proved themselves singers who put words first.

Kaufmann, who has been frustratingly elusive in New York in recent years, appeared with his regular recital partner, the fine pianist Helmut Deutsch. They began with nine works that can be heard on their recent recording of lieder by Liszt, whose roughly 90 songs remain somewhat overlooked. In “Vergiftet sind meine Lieder,” an impassioned setting of a Heine poem, Kaufmann was almost in Wagnerian mode, like a despairing Tristan, singing with burnished top notes, yet shaping aching phrases tenderly.

Now and then, in the Liszt songs and elsewhere, his voice had its rough patches. (A week earlier, he had canceled some performances in Munich because of a tracheal infection.) But he mostly rallied, and sounded at his clarion-voiced best as the program went on. These Liszt works are marvelous, full of musical-poetic flights, alternately epic and ruminative. The piano parts, not surprisingly for this composer, are often elaborate, with daring chromatic harmonies and wondrous colorings. I was most impressed, however, when Kaufmann lifted melting phrases with focused and floating sound, like the pianissimo moments of “Die Loreley.”

He then sang 13 songs by Mozart, Schubert, Schumann, Brahms, Zemlinsky and others, ending with Mahler’s profound “Ich bin der Welt abhanden gekommen” (from “Rückert-Lieder”), in an effectively restrained performance. That was supposed to have ended the recital, after 75 minutes with no intermission. But the enthusiastic audience had other ideas, and Kaufmann complied, with six encores. During the last one, Strauss’s “Cäcilie,” Kaufmann, visibly annoyed, stopped after a couple phrases. “I do everything for you,” he told the audience, “but please respect the rules and don’t film!” People applauded in support, then he started over — and sang vibrantly.

Though Liverman has been rightly praised for his wrenching performance in “Fire,” he did sometimes have trouble being heard over the orchestra at the Met. Yet at the Armory, joined by the excellent pianist Myra Huang, his sound almost overwhelmed the space. It was exciting to hear his fearsome account of Loewe’s “Erlkönig” (Goethe’s chilling poem, best known from Schubert’s setting). And he balanced forceful intensity with winningly intimate singing in songs by Strauss, Ravel and Rachmaninoff, all played with taste and flair by Huang.

Then, turning to the works by Black composers, Liverman brought affecting directness to Margaret Bonds’s “Three Dream Portraits” (to texts by Langston Hughes), which can be heard on his recent album “Dreams of a New Day: Songs by Black Composers.” Songs by H. Leslie Adams and Damien Sneed were also special, coming across like an elegant stylistic meeting place between art song and American standards. I was moved, and impressed, when Liverman performed his own arrangement of a medley of music by Brian McKnight — a favorite R&B artist of his, he explained — singing with lovely casualness while accompanying himself deftly on the piano.

Not many opera singers have that skill, let alone the courage. And along the way, he had explored an overlooked legacy of American artists whose work speaks to him personally.