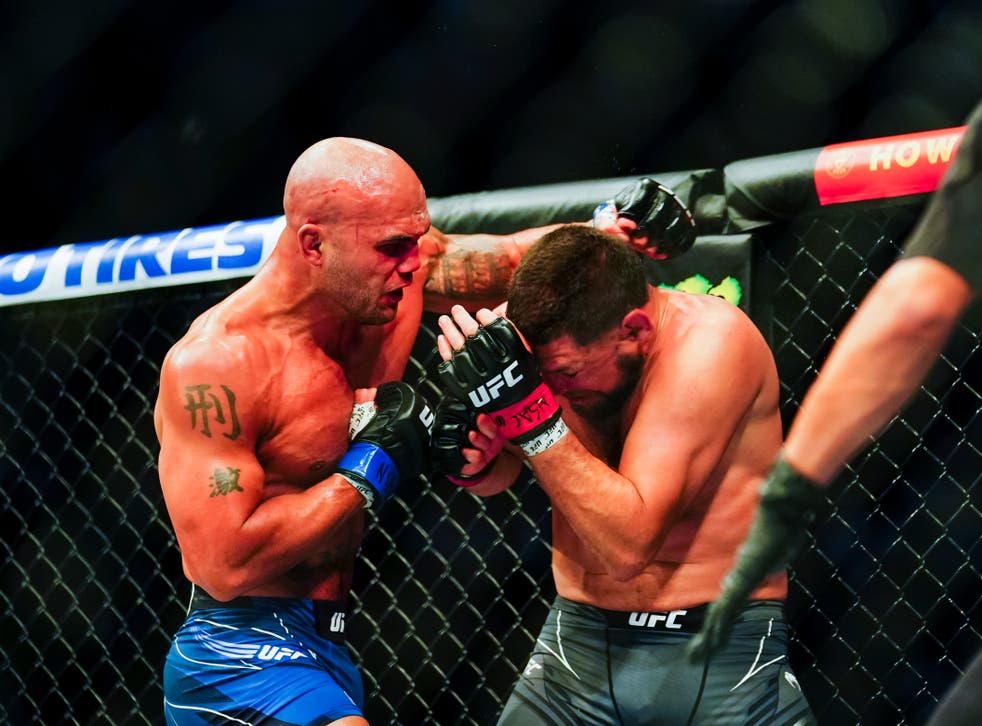 Seventeen years after the pair faced one another in the same city, with Diaz (26-9) winning via second-round knockout, they go head-to-head again at the T-Mobile Arena. This evening’s contest was this week changed from a welterweight bout to a middleweight meeting at the request of Diaz’s team, with the ever game Lawler (28-15) unsurprisingly accepting. The fight is scheduled for five rounds, marking only the second time in UFC history that a non-title bout that is not headlining an event is set for 25 minutes; the first took place this year and involved Diaz’s younger brother, Nate.

Meanwhile, the card's main event sees Alexander Volkanovski (22-1) defend his featherweight title against Brian Ortega (15-1), in what should be a compelling match-up between opposing coaches from the most recent season of the Ultimate Fighter TV show. In the co-main event, Valentina Shevchenko (21-3) puts her flyweight title on the line against Lauren Murphy (15-4), as fans hope to see the champion tested for the first time in years.

“You’ve taken her best and you’re doing just fine. We’re gonna catch this girl,” is the message from Murphy’s team.

Shevchenko is in half-guard and lands some harsh elbow to end the second round.

Shevchenko looks for a trip, but Murphy counters, reversing the position and pushing the champion to the fence.

She can’t keep her there for long, though. Out in the open, Shevchenko flicks out a venomous teep kick to the body, then counters a Superman punch attempt with a right hook.

Before long, she has another body lock and once again takes down Murphy easily.

Shevchenko uses a combination of punches to get close to Murphy, before grabbing a body lock and dragging her challenger to the canvas with ease.

The champion ends the first round on top, in control.

Murphy looks a little erratic as she anticipates Shevchenko’s strikes.

The champion, in contrast, looks relaxed and confident. She lands a spinning back kick to the body.

Murphy catches a kick and momentarily thinks about a takedown, but she’s put off by a series of strikes from Shevchenko, who fires off the combination while on one leg...

Shevchenko is still seeking her first real challenge as champion.

Can American Murphy give the title-holder the test she desires?

Next up, it’s the co-main event!

Valentina Shevchenko puts her flyweight gold on the line against Lauren Murphy.

Diaz looked sharper than some of us thought he would, but there’s no doubting that he seemed off in certain moments – not least the finish.

Lawler, meanwhile, ends a four-fight losing streak by avenging his 2004 defeat by Diaz.