Alexander Volkanovski retained his featherweight title against Brian Ortega in the main event of UFC 266 on Satuurday Night, as the pair produced arguably the greatest championship bout in the history of the division.

After 25 engrossing minutes of mixed martial arts, Australian Volkanovski (23-1) defeated American Ortega (15-2, 1 no contest) via unanimous decision, with the judges in Las Vegas revealing 49-46, 40-45 and 45-44 scorecards in the champion’s favour.

What began as a friendly rivalry between the fighters had gradually turned bitter in recent weeks, with Volkanovski and Ortega serving as opposing coaches on the most recent season of the UFC’s Ultimate Fighter TV show.

At this week’s pre-right press conference, Volkanovski branded his challenger a “cheat” over a failed drugs test recorded by Ortega in 2014, and there was a tense atmosphere in the T-Mobile Arena ahead of Saturday’s main event.

That tension was only augmented by the number of feints used by both fighters early in the first round, before the stocky Volkanovski started peppering his opponent’s legs with kicks while the crowd chanted Ortega’s name.

Volkanovski’s emphasis on versatility and intelligent pressure saw him outpoint Max Holloway to claim the featherweight belt in December 2019 and retain it against the Hawaiian last summer, and that strategy was exhibited again at UFC 266, with the 32-year-old continuing to land low on Ortega while also finding homes for stiff, straight punches.

Meanwhile, Ortega – challenging for the title for the second time, having been beaten by Holloway three years ago – was remaining patient. The lanky Californian, 30, began to find openings for punches late in the first round, and he and Volkanovski each headed to their corners with a small cut around one of their eyes.

Volkanovski largely got the better of Ortega in the striking exchanges

The second round saw Volkanovski build on his encouraging start, reddening Ortega’s face with a harsh elbow, before a wound appeared to open up on his own ear to cause blood to be smeared around his head. The champion was undeterred, however, stringing together slick striking combinations late in the frame, which ended with the rivals staring one another down.

An accidental clash of heads had left Ortega’s nose malformed and bloody, but just as Volkanovski sought to capitalise, the Australian was dropped by a right hand that instigated the contest’s most compelling sequence.

Jiu-jitsu specialist Ortega immediately pounced on the fallen champion, locking in a guillotine choke. The challenger pressured the blade of his forearm into Volkanovski’s neck, with the title-holder’s eyes soon bulging as he desperately sought to free himself from the hold.

As his bloodflow sputtered and his championship seemed to slip away, Volkanovski himself somehow managed to slip away from Ortega. But almost at once the American secured a D’Arce choke, again testing Volkanovski’s composure and heart.

In another remarkable moment, Volkanovski twisted free, before jumping to his feet and brutalising his tiring opponent with ground and pound. The champion became overzealous in his bid to regain control, though, and was caught in Ortega’s favourite submission: a triangle choke.

Once more, however, Volkanovski located the emergency exit under immense pressure, escaping the triangle and thus a trifecta of submission scares in the third round.

A medic checked on the exhausted and hurt Ortega before the fourth round, and the challenger was declared fit to continue. Having been lifted onto his stool by teammates after the third round, Ortega demonstrated defiance in slithering into another guillotine attempt in the fourth frame.

It appeared as though it would require one act of escapology too many for Volkanovski to also survive this hold, but the Australian gave referee Herb Dean a smug thumbs-up before replicating his feats from the previous round. His own defiance might just have dented Ortega’s, and again Volkanovski set about punishing the Californian from above.

For all the adversity he had navigated, Volkanovski impressively exhibited some of his most impressive technical work in the fifth and final round, while Ortega further endeared himself to those in attendance in Sin City by finishing with a flurry on the feet.

Volkanovski and Ortega stare each other down

This time, Ortega had made it to the end of a featherweight title fight – arguably the greatest ever, no less. Whereas medics had ensured the gold remained out of his reach last time, though, on this occasion it was the judges at the T-Mobile Arena.

In the co-main event of UFC 266, Valentina Shevchenko (22-3) made a sixth successful defence of her flyweight title by stopping Lauren Murphy (15-5) with ground and pound in the fourth round.

Prior to that, MMA icon Nick Diaz – older brother of Nate – had made his return to the sport after six years away. seventeen years after his welterweight bout against Robbie Lawler, Diaz took on his fellow Californian in a middleweight rematch. Lawler, 39, the fight via third-round TKO, with the 38-year-old Diaz deciding against continuing after he was floored by a right hook.

Children under 18 won’t need vaccine to enter US 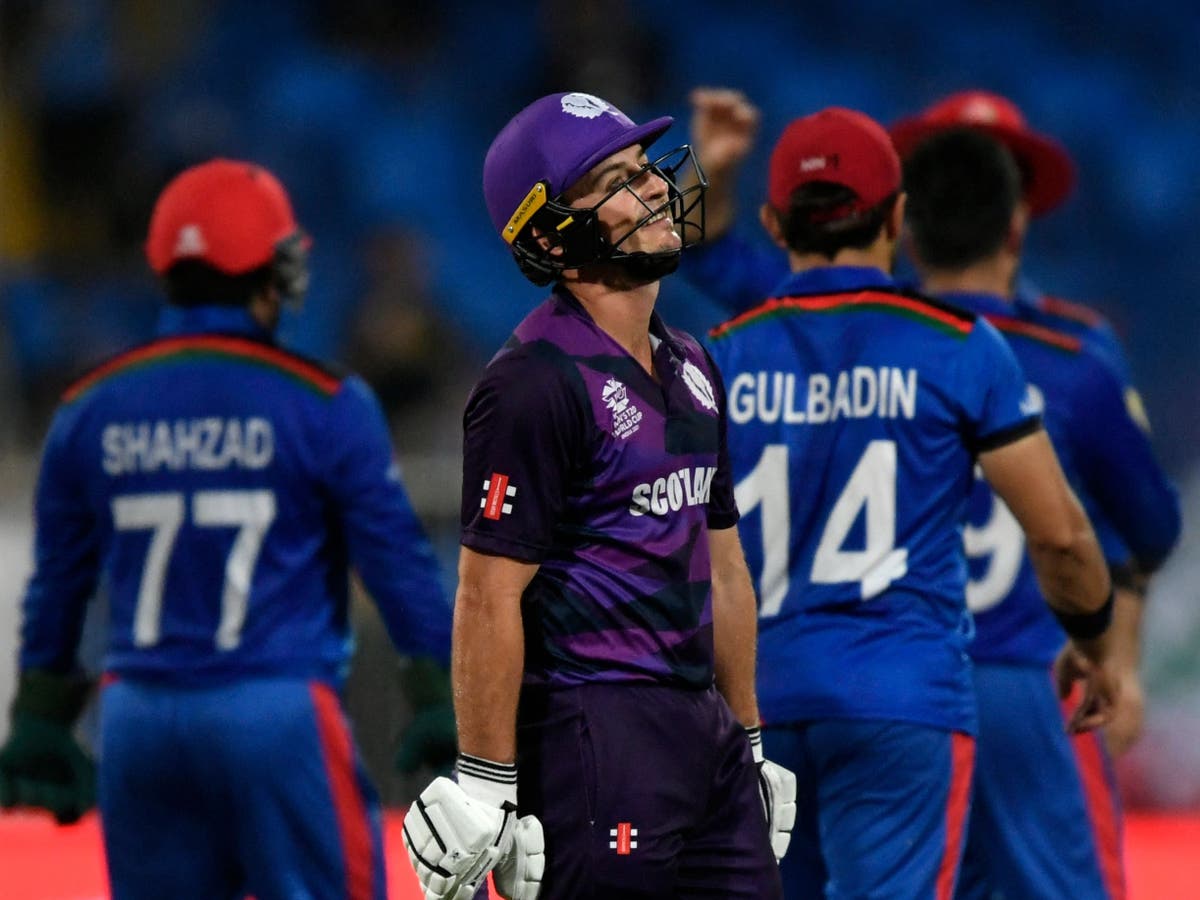 T20 World Cup: Scotland crash back down to earth after defeat to Afghanistan

US citizens will need vaccine or negative test to enter America