Where the Grass is Greener, Except When It’s ‘Nonfunctional Turf’

Plus, mammoths in Vegas, watermelon snow, Miami’s looming sea wall and more in the Friday edition of the Science Times newsletter. 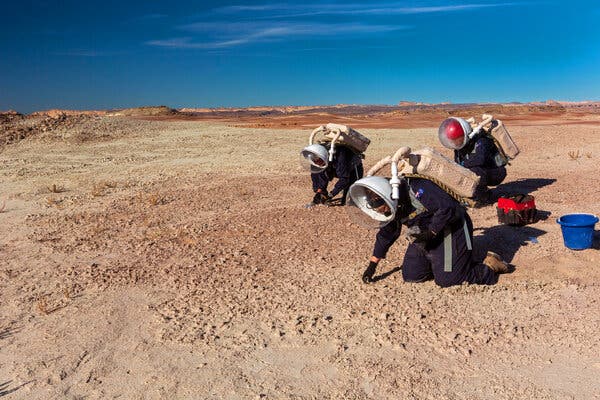 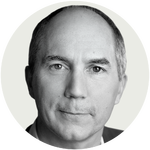 If you’re looking for a sign of the End Times, here’s one: Las Vegas, the city where seemingly anything and everything is condoned, has made grass — the ornamental kind — illegal.

Much of the West is experiencing the worst drought in decades, a “megadrought” that has kindled early wildfires and severe water shortages — and the seasonal heat has hardly begun. “There’s a 100 percent chance that it gets worse before it gets better,” Daniel Swain, a climate scientist at the University of California, Los Angeles, tells the graphics editor Nadja Popovich in The Times today. “We have the whole long, dry summer to get through.”

Lake Mead, which sits on the Colorado River (behind the Hoover Dam) and provides 90 percent of the water supply for Las Vegas and southern Nevada, this week reached its lowest capacity since its creation in the 1930s. And several states that draw their water, in strict allotments, from the Colorado River must absorb stark restrictions on its use in cities and for farming.

“We’re kind of at an existential point right now in the West,” said Kyle Roerink, executive director of the nonprofit Great Basin Water Network, in a phone conversation. “Even basic terminology that once was a given — now we’re seeing a shift in the nomenclature toward saying, well, we’re not in a period of drought, we’re in a period of aridification.”

Enter aridification, exit grass. Gov. Steve Sisolak of Nevada just signed into law bill AB356, which requires the removal of all “nonfunctional turf” from the Las Vegas Valley by the year 2027. The effort will conserve about 10 percent of the region’s annual allotment of water from the Colorado River. “It’s a really good time to have put forth something like this,” said Mr. Roerink, whose organization was part of a bipartisan coalition, including the Southern Nevada Home Builders Association, that supported the bill.

The Southern Nevada Water Authority has not yet formed the committee that will actually define “nonfunctional turf.” For now, the category loosely describes the few thousand acres of grass carpeting the region’s street meridians, office parks and housing developments, and amounts to roughly one-third of all the grass in the region.

“The best way to describe it is, it’s the type of grass that’s only used when someone is pushing a lawn mower over it,” Mr. Roerink said. “Other shorthand that became commonspeak during this legislative session was ‘useless grass.’” (That other ostensibly useful grass — at parks, schools, golf courses and single-family lawns — is still allowed, at least for now.)

“Nonfunctional turf” — the very phrase is an existential knot. Is it redundant, or an oxymoron? Either way, it perfectly encapsulates our contorted relationship to nature: Some grass is good, some grass is bad, and all of it (except the kind that grows wild in meadows) is engineered and curated by us.

The challenge isn’t excess grass so much as excess people. Southern Nevada has had explosive growth in recent years, and water usage has increased by more than 9 percent since 2018. Eliminating “useless” grass was a good first step, Mr. Roerink said, but he worried that the water savings would simply be translated into an argument for new development (doubtless with more useful grass).

It bears noting that Mars has no grass, functional or otherwise, nor discernible life of any kind. (Earth’s deserts, including the Mojave, are where Mars rovers go for practice.) If Martian colonists are fortunate, they might dig up something akin to the microscopic, multicellular rotifers that scientists recently retrieved from Siberian permafrost. The tiny animals — resistant to radiation, extreme acidity, starvation, low oxygen and dehydration — had been effectively frozen for 24,000 years, yet they bounced right back to life and began to multiply.

“They’re the world’s most resistant animal to just about any form of torture,” Matthew Meselson, a molecular biologist at Harvard, told The Times. “They’re probably the only animals we know that could do pretty well in outer space.”

The last time the rotifers were up and about, woolly mammoths roamed the planet, including in what is now the Las Vegas Valley. To the extent that mammoths thought anything, they probably held very strong opinions about who was and was not a “functional” species. Alas, we’ll never know.

The Anthropocene — a new geological time interval defined by humanity’s impact Earth — is already on its way to Mars.

So you’re headed back to the office. But will those free snacks still be there to greet you?

After 438 days of working from home, Rachel Gutman returned to her desk at The Atlantic and discovered an apple she had left behind, “shriveled but intact — a biological marvel that most closely resembled an oversize date.”

Astrophysicist Janna Levin riffs on a sketch drawn by Roger Penrose in 1965, and that helped earn him the 2020 Nobel Prize in Physics “for the discovery that black hole formation is a robust prediction of the general theory of relativity.”

Our own Emily Anthes, writing in Sciences News, describes how science museums managed to reinvent themselves to survive the pandemic.

Science in The Times, 90 years ago today 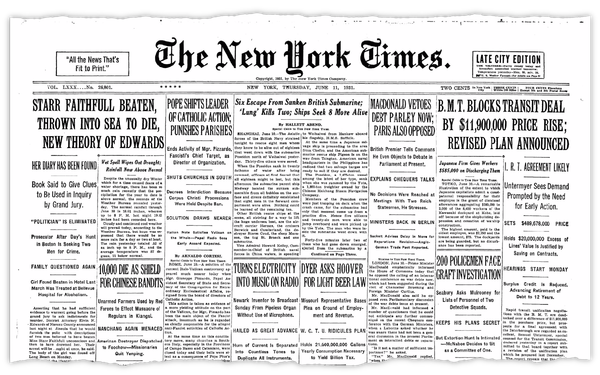 “The hole’s appearance indicated to many that it was bored by a meteor,” The Times reported on June 11, 1931.

MALINTA, Ohio — A terrific shock jarred six Ohio counties today, rocked houses in dozens of towns in this state and Indiana and roused thousands of sleeping persons. Tonight the crowds of people who came to Malinta as the center of the shock were mystified as to whether it was caused by an explosion or by the fall of a giant meteor.

Sensing that something far out of the ordinary had happened, hordes of motorists drove from many places to find out the cause. A strange hole, half a mile from Malinta on State Route 109 was the focus of the crowd. … 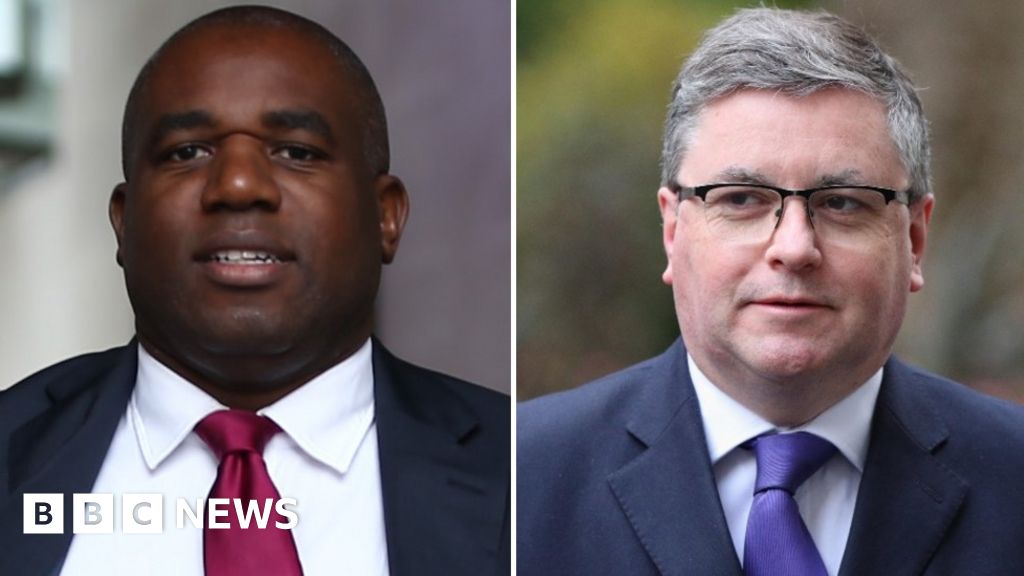