A Survivor of Suicide Writes of His State of ‘Eternal Dying’ 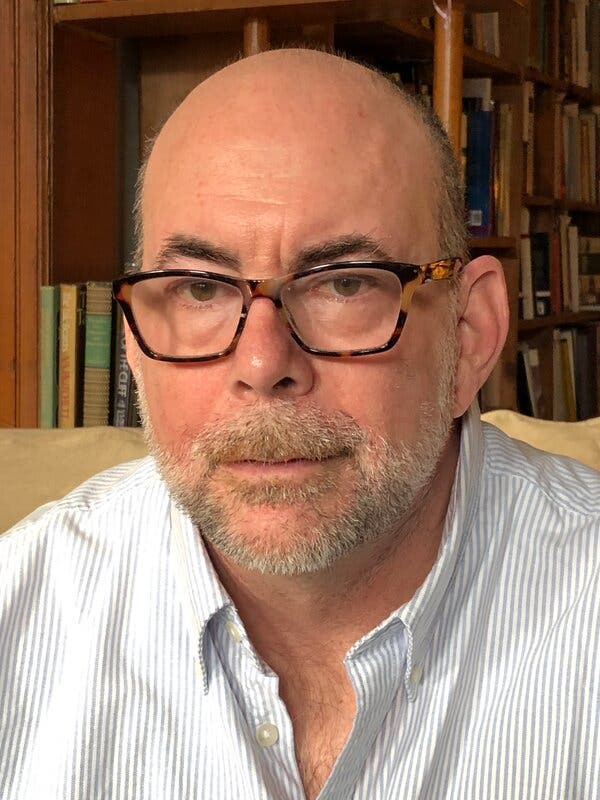 On a chilly spring day in 2006, Donald Antrim ascended to the roof of his four-story Brooklyn apartment building and climbed onto the outer edge of the fire escape. When he looked down, he felt himself fall out of time; he saw the trash-strewn concrete patio below and an orange sun sinking to the west. He heard a helicopter overhead and wondered whether it was coming for him. Before he climbed to the roof, he had called a couple of friends. He knew they were on their way. He also knew they would hit traffic. Suspended from the fire escape, he released one hand, then reached back up and grasped the railing. He did this with alternating hands numerous times until his palms became sore. Darkness fell. He grew cold. He did not know why he had climbed to the roof, hung from the fire escape, loosened his grip — “why that was mine to do,” Antrim writes in “One Day in April.” But he knew it was not an impulsive act. “Up there on the roof, I felt as if I had been dying all my life.”

Antrim was 47 that afternoon. He had built an enviable career as a novelist and short story writer who published regularly in The New Yorker. But he wrestled with memories of alcoholic parents, a childhood of abuse and neglect, and failed romantic partnerships. Previous bouts of therapy and medication had not lessened his pain. After his suicide attempt, he envisioned a terrible future: “poverty, abandonment by my remaining family members, the inability to write or work, the dissolution of friendships, professional and artistic oblivion, loneliness and deterioration, institutionalization and the removal from society.”

He knew he had exhausted the patience and pity of his loved ones and he was terrified of mental hospitals: “The doctors would drug and shock me.” Death seemed preferable to a life lived within “stone dungeons.” He climbed off the fire escape and sat against a rooftop bulkhead for a long time. He later learned that he had been up there for five hours. Eventually, he made it down the stairs to his third-floor apartment, and his terrified friends rushed him to the hospital.

He is a survivor of suicide, but not in the way we traditionally understand that designation. Throughout this engrossing, necessary book — part memoir, part philosophical treatise — he argues that suicide is “a disease process, not an act or a choice.” Those who suffer from mental illness and die by (or “of”) suicide do not take their own lives, Antrim says, but have their lives taken from them. There is no will involved when one succumbs to disease. He insists that the language we use to talk about and write about suicide matters, and that when we ascribe agency to the afflicted (“killing” oneself or “committing” suicide), we misrepresent their experience and belittle their struggle. There are obvious exceptions to this understanding of suicide: terminally ill patients, hunger strikers, kamikaze pilots.

Antrim isn’t a psychiatrist, and this is not an empirical study. Rather, it is intimate testimony from someone who has lived through an illness long shrouded in silence, shame and sin. Antrim speaks with the moral authority of the survivor when he describes suicide’s origins in “trauma and isolation,” or when he writes about how mental illness metastasizes under conditions of loneliness and stigma. “Am I untouchable because I am sick,” he asks us, “or am I sick because I am not touched?”

Antrim spent four months in the New York State Psychiatric Institute (“a place I’d never heard of”), where he secured a bed with the help of a psychiatrist friend. Here, in Upper Manhattan, he saw no padded cells or straitjackets. The ward was “open and light,” staffed with caring nurses and doctors who were determined to keep him alive. It was a place of mercy and sanctuary, nothing like the nightmarish mental hospitals in “The Snake Pit” or “One Flew Over the Cuckoo’s Nest”: “The patients were not beaten, humiliated, or shoved aside. Medication was never forced. Solitude was possible, but no one was kept in isolation. … There was soap on the bathroom sink ledge, and coffee with breakfast, and the comfort of other patients. We need our hospitals.” Nurses checked on him every 20 minutes, all day and night. Sometimes a nurse never left a patient’s side. Antrim still believed that he was “ruined” and would be institutionalized, but he found relief in the fact that he “could not easily die in the hospital.”

Friends who visited seemed to exist on the other side of a glass wall. “They lived in historical time, not in eternal dying. They had yesterdays, and a today and a tomorrow.” Antrim’s inventive, circular prose style reflects his sense of warped time: Hours bend, fragment, compress, extend. The narrative catapults forward, then backward — a kind of chronological whiplash that dislocates us in time and place. Flashbacks of parental neglect flow into descriptions of the psychiatric ward, then back again to childhood. Just when we start to put the pieces of Antrim’s life together, he wrenches us away from the relief of comprehension. The medium is the message: Suicide, as Antrim understands it, is a continuum of emotional pain.

After two months in the hospital, Antrim’s condition worsened. He charged a nurse’s station, insisting that his illness was physical rather than mental. His doctors told him electroconvulsive therapy was an “excellent” next best option. He balked at the suggestion, “terrified” that it would erase his memory and leave him a shell of his former self. “Who could save me? I wandered around the ward, crying.” He finally consented after an unexpected phone call from David Foster Wallace, who said that ECT had helped him in the 1980s and could save Antrim’s life.

The procedure worked; afterward, Antrim felt as if a great weight had been lifted from his body. He noticed colors again and “the world seemed to be filled with light.” After he was discharged, he went on to experience the “aftershocks” of suicide — feelings of worthlessness, shame, paralysis — and returned to the hospital for more rounds of ECT. This time, the treatment was less effective, but he no longer felt himself in that state of “eternal dying.” The psychiatric hospital — the institution he had so feared that afternoon up on the roof — had saved him.

“The notion that we choose death over pain, fundamental to our current thinking on suicide, suggests that we choose at all,” Antrim writes, “as if some part of us exists outside the illness, unaffected, taking in the situation and making rational decisions.” One hopes this brief, courageous book will bring us closer to the “paradigm shift” Antrim seeks — a reckoning that could bring about better funding for mental health research, more affordable psychiatric beds and less societal stigma.

Suicide, Antrim insists, is not “enigmatic,” but the result of an illness that requires aggressive medical treatment and community support. For too long we have turned away, especially from our most vulnerable populations: the homeless, the incarcerated. Antrim urges us to do better. Like anyone afflicted with a life-threatening disease, “the suicide wants to live.” 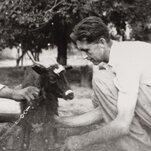 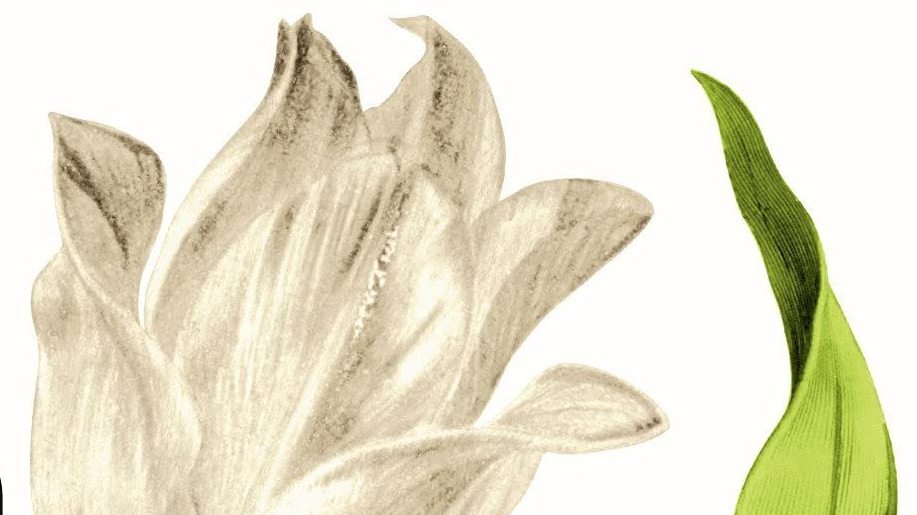 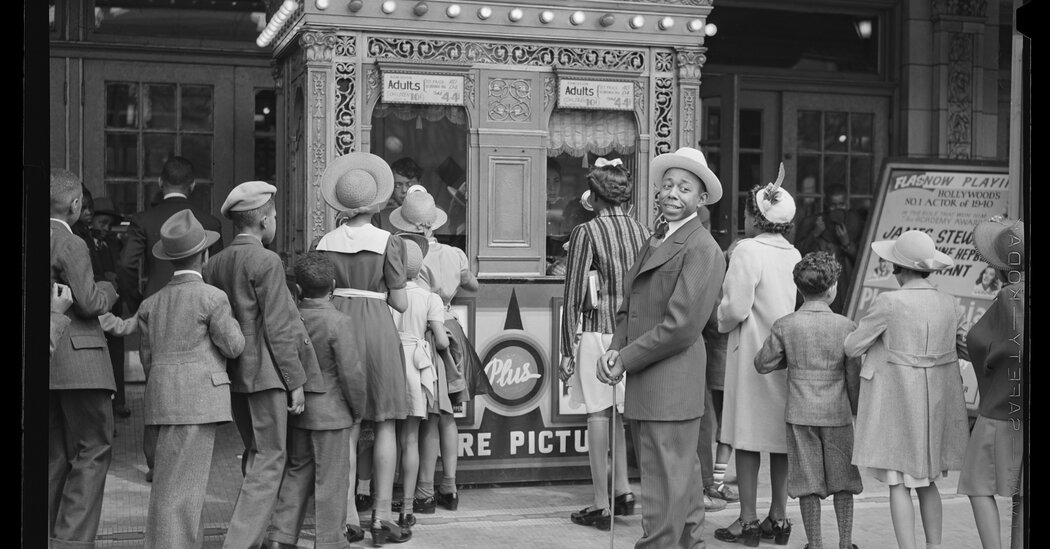