The actor, singer and songwriter, whose new show is inspired by the Met, talks about finding clarity with Yung Pueblo and the spiritual aspects of Grape-Nuts. 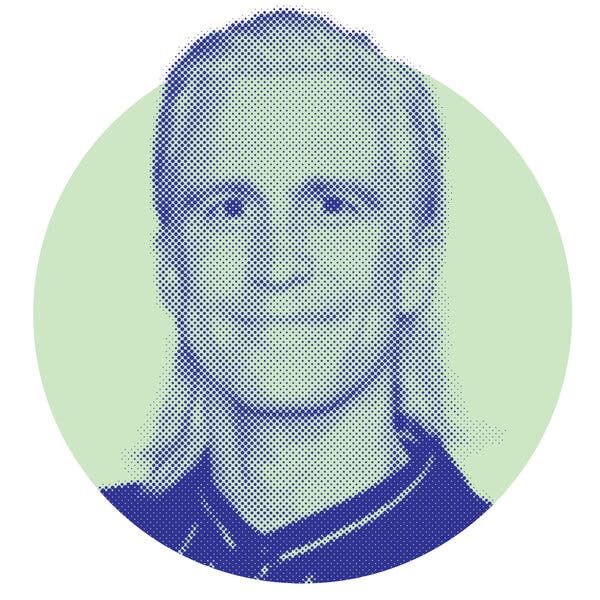 Gavin Creel was about to come clean, despite his agent’s worry that it might make him sound like an idiot: Until January 2019, after living in New York for 20 years, he had never set foot inside the Metropolitan Museum of Art.

“But I’m not an idiot, and it is also the truth,” countered Creel, who won a Tony Award for “Hello, Dolly!” on Broadway and an Olivier for “The Book of Mormon” on London’s West End.

That truth is the basis for “Walk on Through,” a program of 16 original songs inspired by hours of meandering through the museum on a quest for art that spoke to him, and the opener of the MetLiveArts season on Oct. 25.

“It’s basically letting myself have a relationship with them and remembering that I don’t have to react in a certain way,” he said of the preconceptions about class, wealth and education that had kept him away. “Maybe that sounds obvious, but it wasn’t obvious to me.”

Creel had just attended the opening of “Six” on Broadway and momentarily questioned where or even if he might fit into the post-Covid-19 landscape before suddenly changing tack. “If you want to know what I’m doing, I will be doing a summer workshop of this piece, and then I will be workshopping it off Broadway and then bringing it to Broadway spring of 2023,” he said with the conviction of someone who wills their aspirations into existence. “That’s literally what this is about. It’s like, ‘Have the courage to dream.’”

In a video interview from his Upper West Side apartment, Creel spoke about a few of the things instrumental in turning those dreams into reality, including Yung Pueblo’s books, Jacob Collier’s music and the morning pages with which he begins each day. These are edited excerpts from the conversation.

1. “Clarity & Connection” by Yung Pueblo Jo Lampert, who’s an amazing singer, exposed me to “Inward,” which was Yung Pueblo’s first book. It’s all about meditative thinking and affirmation and doing the healing. His big thing — it’s not a new thought, but the way he says it is so powerful — is to change the world, you have to change yourself. “Clarity & Connection” is his new book, and I found it even more helpful because it’s a lot about coming into, sustaining and going out of a relationship. He says: “I took fear by the hand. I acknowledged its existence. And then I thanked it for showing me that my happiness does not lie within its walls.” And I was like, “OK, Yung Pueblo, you better break it down.”

2. The “Don’t Think. Just Eat.” menu at Sugarfish It is the greatest sushi I have ever had. It’s not cheap, but they bring the most tender, flavorful, beautifully made, artfully presented fresh fish and warm rice. It’s annoying because they don’t take reservations. One of the silver linings of the pandemic is that when they opened back up, there was never a line. And now I go and they have an hour and 45-minute wait, and I’m like, “All right, put me on the list.” It’s worth the wait.

3. Grape-Nuts Every day. It’s almost spiritual for me. During the pandemic, they stopped making them. There was a manufacturing shortage. I panicked. So I got on Amazon, and I bought 12 boxes of Grape-Nuts. I spent a ridiculous amount of money. It’s simplicity. It’s substance.

4. “Sex and the City” I’ve done this like three times before, but I recently watched “Sex and the City” from start to finish. Something about this time hit me in such a powerful way. I think it’s because I’m 45. I’m in the middle of a midlife crisis. I don’t call it a crisis — it’s like a midlife awakening — but I’m here. There’s some complicated stuff in there that’s dated, that they absolutely would not do now. But what they say about love and owning sex positivity and owning emotion — and frankly communicate it in a way that men can never do — I just found so empowering.

5. Jacob Collier’s “Djesse Vol. 3” I offered a class to the graduating class of 2020 at the University of Michigan, which is my alma mater, and in the beginning, I asked them, “What are you listening to?” A bunch of them were listening to Jacob Collier, who I’d never heard of. The music he writes is not instantly palatable in a lot of ways. His mind has a million words, a million things. But hearing him really gave me permission to allow any instinct to exist.

6. Morning Pages I did “The Artist’s Way: A Spiritual Path To Higher Creativity” this year with my friends Benj Pasek, who wrote “Dear Evan Hansen” and “The Greatest Showman,” and Shoshana Bean, who is a brilliant songwriter and actress. The morning pages are what Julia Cameron says you must do. I do it every day, three pages, longhand, stream-of-consciousness. It’s like the brain dump in the morning.

7. Jean-Baptiste Carpeaux’s “Ugolino and His Sons” at The Met Sculptors to me are like ballet dancers are to dance. It’s like, “How do you do that? That’s magic.” One of the sons’ hands is resting, and it is completely relaxed yet it is solid marble. There’s sexuality and sensuality in the smoothness of their skin, their musculature, the veining in their arms, the panic as [another son] is pressing his father’s leg. There’s so much emotion in the stone.

8. Thé Noir 29 by Le Labo Every time I write, I try to light a candle and have it sitting next to me, not just for the energy of an element but because the smell helps me get into a space of magic or wonder. I was in Nordstrom’s and I smelled this Thé Noir, and it was so specific and beautiful to me. It’s really expensive for a little water to spray on your skin. But this is more a statement to treat myself to something that I wouldn’t normally buy and to carry with me something that can set my brain free.

9. “Beat Like This” by Bleu Clair and OOTORO I love listening to electronica and dance music in my free time because it makes my imagination go in a million directions. I was doing my workout in the morning, listening to the house channel on Apple Music, and this song came on. And it is the best beat drop I have ever heard. It accelerates up to where you think it’s going to drop in, which is an amazing thing for the dance floor, but it comes in four beats later. If you listen with headphones on to this track, it’s like the fattest, thickest — it almost sucks the sound out of your ears. It is so hot.

10. Bob Smith’s “Selfish & Perverse” Bob Smith, I’m proud to say, was a friend of mine. He was the first out gay comic on “The Tonight Show.” He fought ALS for more than 10 years and was so courageous and kept his sense of humor and wrote books when he lost the ability to talk and use his hands. This was his first novel, about this gay guy who goes to Alaska after a breakup to study salmon fishing because he’s going to write a TV show. And while he’s there, the really hot guy who’s going to play the lead in the show comes up, and it’s so sexy. It was the first time I felt like I read a novel that was for me because I always have to code switch and imagine what love would look like based on the movies that I watch. It’s so rare that our stories are told, given time, given money. And I say it’s imperative that gay stories are told, and told well.