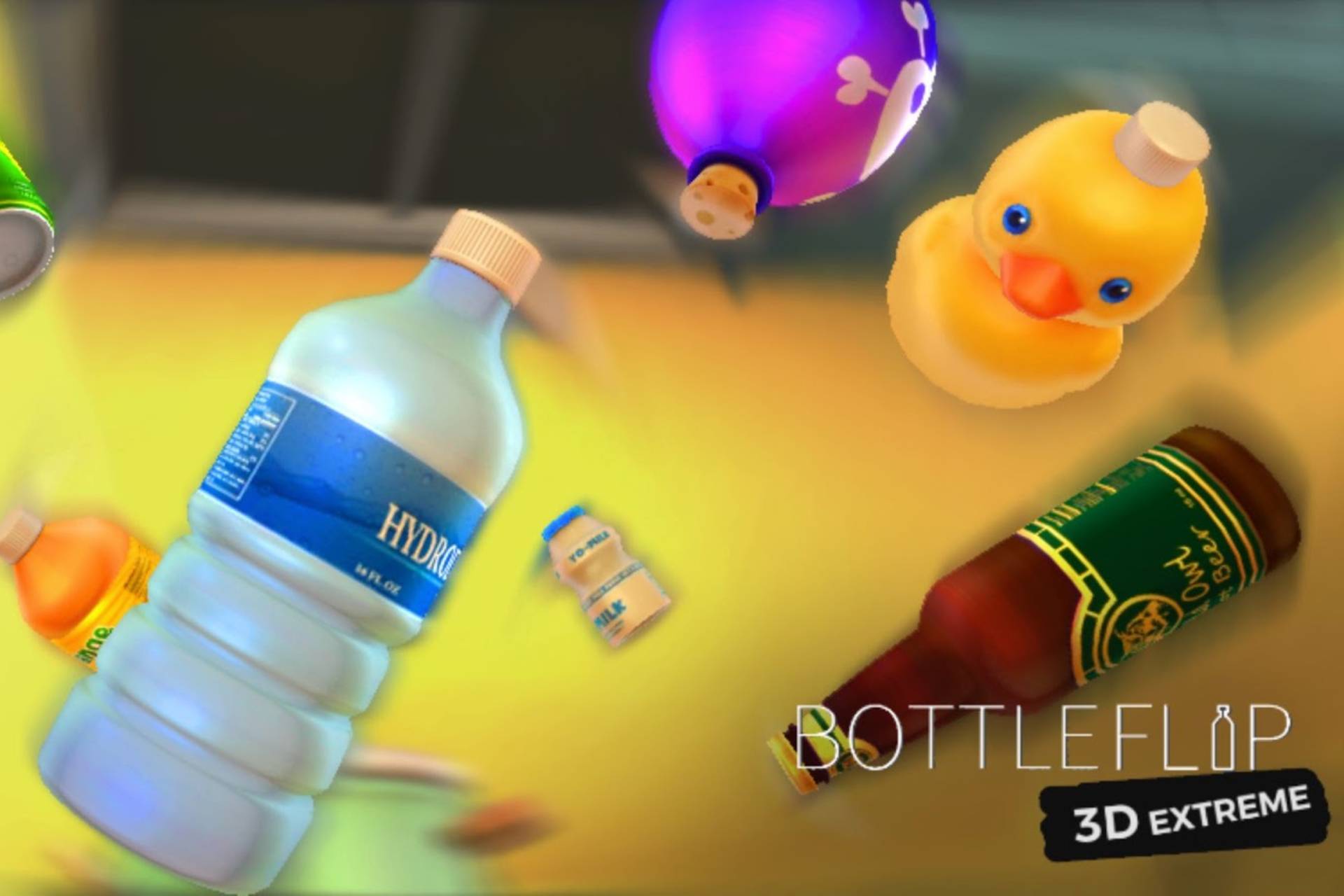 In Bottle Flip 3D Extreme, coins are used to unlock more difficult and fun bottles at the store. The more difficult bottles are harder to land but award more points. There are plenty of bottles to unlock, from glass bottles to soft drink cans, even a soap dispenser!

Bottle Flip 3D Extreme is all about flipping bottles in 3D with realistic physics. The goal of the game is to race against time and rack up as many points as possible.

Players complete challenges to win coins and unlock new bottles that have a different feel and level of difficulty. Harder bottles are more difficult to land but players are rewarded with higher points. Players try to reach the top of the leader board with their high score in this highly addictive game. Bottle Flip 3D Extreme is the ultimate bottle flipping experience. 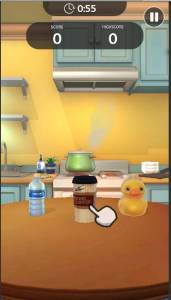 Start off by playing in standard Play Mode. Players use three bottles and try to land as many as possible in one minute. Each bottle that lands scores points and a time extension. Bottles that have higher resolutions before they land — or if they land on the cap — are rewarded with more points.

Coins are used to unlock more difficult and fun bottles at the store. More difficult bottles are harder to land but award more points. There are plenty of bottles to unlock, from glass bottles to soft drink cans…even a soap dispenser!

Developed from a trend that seemed like it was everywhere years ago, bottle flipping seems to be making a comeback.

Bottle Flip 3D Extreme is a really challenging hyper-casual mobile game. It provides the most realistic bottle flipping experience compared to other bottle flipping games. Other bottle-flipping 3D games revolve primarily around flipping a bottle across a level, almost Mario-like platforming game. Those are fun as well but don’t really give a similar experience to real-life bottle flipping.

In Bottle Flip 3D Extreme, the physics are more realistic. Players can really “feel” that the bottles have some distinct weight and heft to them. This is true even when you’re just flipping them with the swipe of a finger. Players may fail a lot at first but, after a while, they’ll get the hang of it. 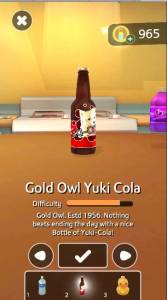 I spent quite a bit of time in the practice zone before I took on the normal Play Mode. The 3D graphics are higher quality than other hyper-casual 3D games, even though it’s quite a simple game.

What I really liked is the challenge. The developers were not afraid to make this game difficult. Reminiscent of some viral and extremely difficult hyper-casual games in the past. Does anyone recall Flappy Bird? The reason that game went viral was that it was difficult. Players were sharing it with their friends to see who could get a higher score. I’m interested to see if Bottle Flip 3D Extreme can reach that level of viral popularity.

The fact that the difficulty curve is high makes it feel like flipping bottles in real life because real bottle flipping isn’t easy! I felt like pulling my hair out at first because I couldn’t land a single bottle. However, once you land the epic three-revolution bottle flip, the game gets very exciting.

It was cool to notice that the higher the revolution count, the higher the score and time extension awarded to the player. Scoring consecutive flips is the key to buying yourself more time and score more points. The tension in the game ramps up, especially when the timer is almost up and you rack up your new personal best high score.

It was fun completing the quests, too. Quests range from different challenges such as landing the bottle on the cap or racking up a certain number of points. Completing these challenges awards coins and allows the player to buy more bottles. Players also have the option to buy coins. That way, they can acquire enough to unlock all bottles — and remove ads from the game — by making a one-time purchase.

The variety of bottles is great. Each bottle has its own weight and feel and thus requires the player to adjust appropriately to the difficulty. My personal favorite bottle has got to be the Yogurt drink one. It’s really light and spins incredibly fast! Sticking that difficult landing awards the player many points and a considerable time extension.

There is a leaderboard where players can see where they stand globally and flip their way to the top. This is yet another highly addictive game with a simple-yet-fun game mode. It’s perfect for kids that love bottle flipping and is also a perfect game to challenge your friends and family.