The Race to Get Robots to Run Faster: The Fastest Robots Ever Created

Robotics is a popular and phenomenal field as a branch of engineering and science. Robotics is the study of robots. So, robots are machines that can do certain tasks and functions with the help of certain programs. They can be shaped in various forms, like a human or just like a machine. Nowadays, researchers are consistently researching the topic, and how to make them more advanced. Some of them are trying to come up with the fastest robots whereas many are thinking about more effective ones.

About Robots and the Race for Getting Faster Ones

In many countries on many events and occasions, robot-related events occur. Robot runs are very common in many gaming events where teams make robots and compete against each other to see which one can run the fastest. On the other hand, making them faster is helpful in other instances as well. A faster one can deliver things faster, it can move to a place at a quicker pace, and so on. There are many applications for a faster robot. That is why researchers are researching how to make robots run faster. Many organizations are racing against each other for making faster robots.

About the Fastest Robots Ever Created

US-based robotics company Boston Dynamics built the robot “cheetah” and then sold it to Google. Cheetah is very speedy and capable of running faster than Usain Bolt at 28 mph. As a four-legged robot, many still consider it the fastest robot. The project gets backup from US DARPA.

But a new one called “Outrunner” with its 6 legs has become the fastest robot with 45 miles per hour speed on a treadmill and 25 mph outdoors. Robotics Unlimited, a Florida-based company is the owner and manufacturer of Outrunner. Outrunner is said to have two different versions – Core and Performance. The performance version is the hardcore version suitable for use in competitions for racing. The founder and CEO of Robotics Unlimited, has opined that the design of Outrunner is based on a human running mechanism with the legs moving around its hip axis for better matching of the steps.

There was another team from KAIST that made a robot named “Raptor” inspired by the velociraptor. They said that it can run at a similar speed to Cheetah.

Cheetah and Raptor are different in shape and form. The tail given to the raptor provides stability to the robot, whereas Raptor possesses prosthetic blades attached to the legs. Raptor comes with a simple design but it shows that without a complex design, it still can run at a significant speed. Boston Dynamics has also made ‘Wildcat”, a successor to Cheetah.

There is also Puma with its robot called “BeatBot”. BeatBot was built for giving track runners an electronic and speedy competition to have a good running warmup. The motor built inside BeatBot provides 100 adjustment maneuvers per second to keep the bot on course. It sees lines and can follow at a designated speed. BeatBot just made the running experience more enjoyable and immersive.

Also, a prominent Istanbul-based company which is “Speedy Market” by name has brought an automated delivery and storing robot. They are fast and offer speedy & quick grocery delivery by navigating the hallways of buildings autonomously.

Tobi, a fast fashion retailer is also utilizing speedy robots for help in their warehouse. They are using cloud-based robots made by the inVia Robotics company.

Quattro, created by Omron Adept, a US-based company is said to be one of the quickest pick-and-place robots in the world. It can perform more than 300 cycles per minute and can comfortably outpace humans. Quattro can pack about 30 chocolate boxes within a minute. This automation process makes the company run efficiently.

There is a robot called ‘Sub1”, made by the engineer Albert Beer is said to solve the 3 x 3 Rubik’s cube in 0.38 seconds. It became famous after finishing the 3 by 3 cube within such little time.

NACHI-Fujikoshi developed MZ07, which is also prominent in this field. MZ07 is the world’s quickest, most lightweight, and most sturdy robot. Research says that MZ07 has already achieved a 37% increase in operating speed compared to previous versions of the models.

HexRunner, made by IHMC has recorded a 32.2 mph speed trailing ahead of Cheetah. This one by IHMC is about 6 feet tall. It possesses a sharp design. There is also another one by IHMC, named FastRunner, which has a speed of 27 mph and comes with two forked feet. The IHMC team built FastRunner after getting inspiration from ostriches and other similar birds. IHMC is a Florida-based company working hard to make speedy robots for the last several years.

Several other names got huge popularity for their performance. Petman and Handle, manufactured by Boston Dynamics are popular. Michigan Robotics created MABEL. Baleka is the product of the University of Cape Town.

The race of making faster robots by different companies is now uprising. With technological advancement, people will develop and build more advanced, speedy, and efficient ones. The future age will show a shift toward automation & robot-based society. 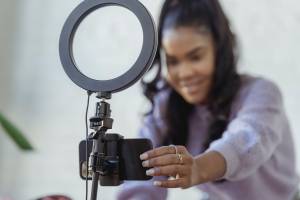