E.P.A. to Promote Lead Testing Rule As Trump Tries to Burnish His Record 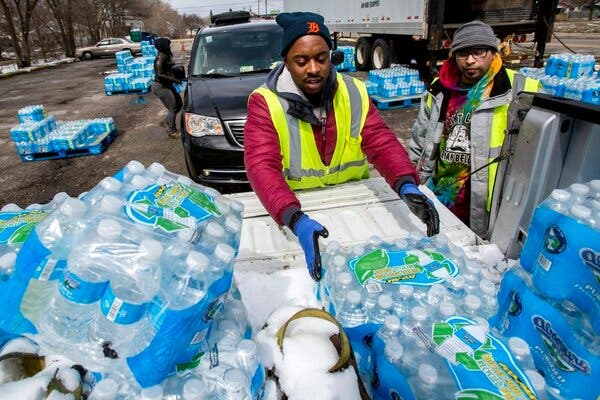 WASHINGTON — The Environmental Protection Agency is preparing to overhaul the way communities test their water for lead, a policy change that will be pitched ahead of Election Day as a major environmental achievement for a president not noted for his conservation record.

But a draft of the final rule obtained by The New York Times shows the E.P.A. rejected top medical and scientific experts who urged the agency to require the replacement of the country’s six million to 10 million lead service lines, an expensive but effective way to avoid crises like the one still afflicting Flint, Mich.

The measure is the first major update in nearly three decades to the 1991 Lead and Copper Rule, a regulation aimed at protecting drinking water from lead, a potent neurotoxin that has been linked to developmental problems in children. The American Academy of Pediatrics and the Centers for Disease Control and Prevention have said there is no safe level of lead exposure for children, and the new rule requires for the first time testing for lead in all schools and day care centers.

But rather than enact the sweeping changes that some health leaders say are necessary, the E.P.A. is opting for more modest improvements. Some experts and critics said the new rule actually weakens the current rule in significant ways, for instance, by more than doubling the amount of time utilities can have to replace water systems with serious levels of lead contamination.

“What’s the point of making the change?” said Gov. Gretchen Whitmer of Michigan, whose state enacted the country’s toughest lead standard for drinking water in the wake of the Flint disaster. Michigan also has required water suppliers to replace all lead service lines on public and private property before January 1, 2041.

“Originally, we were encouraged that the Trump administration said they wanted to update the rule,” Governor Whitmer said. But when told of the final rule, she called it “sorely disappointing.”

James Hewitt, a spokesman for the E.P.A., said in a statement that it is “premature to draw any conclusions on a rule that is still undergoing interagency review.” He added that the Trump administration “is committed to finally acting to better protect our children’s health and holistically address lead in America’s water systems.”

Andrew Wheeler, the administrator of the E.P.A., has described the rule in recent speeches as a core achievement of the agency under Mr. Trump, who often boasts of producing the “cleanest air” and the “cleanest water” even as he has dismantled nearly 70 environmental regulations and is pushing to roll back another 30.

“The Obama-Biden administration claimed to have worked on it for eight years, with nothing to show,” Mr. Wheeler said of lead pipe regulations while speaking at the American Enterprise Institute last week. “They even had a wake-up call in Flint, Mich., in 2014 but still did nothing.” 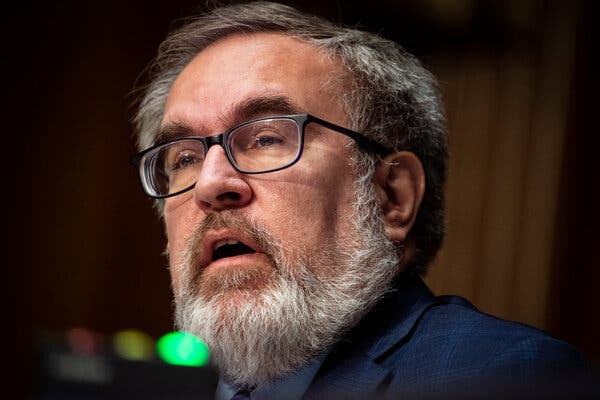 Andrew Wheeler, the E.P.A. administrator, has described the new rule as a core achievement of the agency under Mr. Trump, Credit...Pool photo by Al Drago

The Lead and Copper Rule was enacted in 1991 to regulate the levels of lead in public water systems. The E.P.A. has said the updated version will identify the most at-risk communities and make sure that communities have in place plans to reduce elevated levels of lead.

Schools and child care centers, for example, would be required to notify those who use their facilities of elevated lead levels within 24 hours of testing rather than the current 30 days. The rule also would require water utilities to conduct inventories of their lead service pipes and publicly report their locations.

At a House hearing in February, Angela Licata, the deputy commissioner of the New York City Department of Environmental Protection, was testifying on behalf of the Association of Metropolitan Water Agencies, and said a mandate to replace all lead service lines was impractical. She praised the E.P.A. plan for avoiding “unattainable mandates.”

Sign up for On Politics to get the latest election and politics news and insights.

“Compliance with such a mandate would take decades, cost billions of dollars and would prevent water systems from allocating their limited budgets to other projects and initiatives that may deliver greater public health benefits,” she said.

But beyond internal debates among state and local officials, the new lead rule is unlikely to burnish the president’s image, political strategists say. Mr. Trump’s environmental record has been a rallying cry for some voters because he has relentlessly pushed to dismantle measures to control air and water pollution while mocking and dismissing climate change.

In recent weeks, however, he has sought a remarkable rebranding, even describing himself as the most environmental president since Theodore Roosevelt. In Jupiter, Fla., this month, he endorsed a 10-year moratorium on oil and gas drilling off the Southeast coast. His administration is the one that proposed lifting the moratorium in the first place.

Cabinet members like Mr. Wheeler have sought to make the case that while the Obama administration focused on distant issues like climate change, Mr. Trump has actually zeroed in on environmental issues close to home, like the quality of the water coming from taps.

Republican strategists said Mr. Trump’s campaign might be trying to improve his standing among suburban women and other swing voters. But they also doubted it would pay off.

“Trump’s not going to lead on climate obviously, so they have to look at specific problems they can try to solve,” said Doug Heye, a former spokesman for the Republican Party. He said promoting things like the update to the Lead and Copper Rule was a good strategy for Mr. Trump — but only because the administration had “tied one hand behind its back” by refusing to even engage on climate change.

Frank Luntz, a longtime Republican pollster, conceded, “If you are an environmental voter in 2020, you are voting for Joe Biden.” The Trump administration’s efforts on lead in water “won’t change a single vote,” he continued, even among undecided voters.

A lead pipe removed last year from under a street in Newark.Credit...Bryan Anselm for The New York Times

Two former E.P.A. officials described the new rule as insufficient. Ronnie Levin, a public health professor at Harvard University who spent 37 years at the E.P.A. pioneering lead protections in water, paint and gasoline, said the agency’s political leaders shut its scientific experts out of deliberations on the new measure.

Miguel Del Toral, who recently retired from the E.P.A. in Chicago, where he also worked for more than 30 years on lead, agreed.

“They had their minds made up about what they wanted and didn’t want in the rule, and we kept banging our heads against the wall arguing science,” Mr. Del Toral said.

Asked whether career E.P.A. scientists were shut out of the process, Mr. Hewitt, the agency spokesman, said, “Our career drinking water experts are a driving force behind our more protective rulemaking.”

Erik D. Olsen, the senior strategic director for health at the Natural Resources Defense Council, an advocacy group, said the slower timetable for replacing lead pipes was “a huge weakening,” adding that “it will mean another generation of kids will be drinking lead-contaminated water.”

Under the old rule, utilities had to replace some of their lead service lines if they repeatedly tested above the E.P.A.’s “action level” of 15 parts per billion. They were given about 14 years for the full replacement. The new rule will give them approximately 33 years to fully replace the service lines, Mr. Olsen said. If utilities repeatedly test between 10 and 15 parts per billion, water systems will be required to confer with state authorities to develop “a goal rate” for replacing their lead lines, but the rule does not provide a deadline for doing so.

“We have really failed at a national level to learn the lessons of Flint,” she said. “A poison that has no safe level is in our drinking water. It’s ubiquitous. Why wouldn’t we want to get this lead straw out of the ground?”

A crucial stretch of the race is about to start as President Trump announces Amy Coney Barrett as Supreme Court nominee and the first debate looms. Read the latest.

Many rules have changed during the pandemic, making it harder to figure out how to cast your ballot. This interactive guide can help you ensure your vote is counted.