Mayim Bialik Wants the ‘Jeopardy!’ Job. Is She ‘Neutral’ Enough? 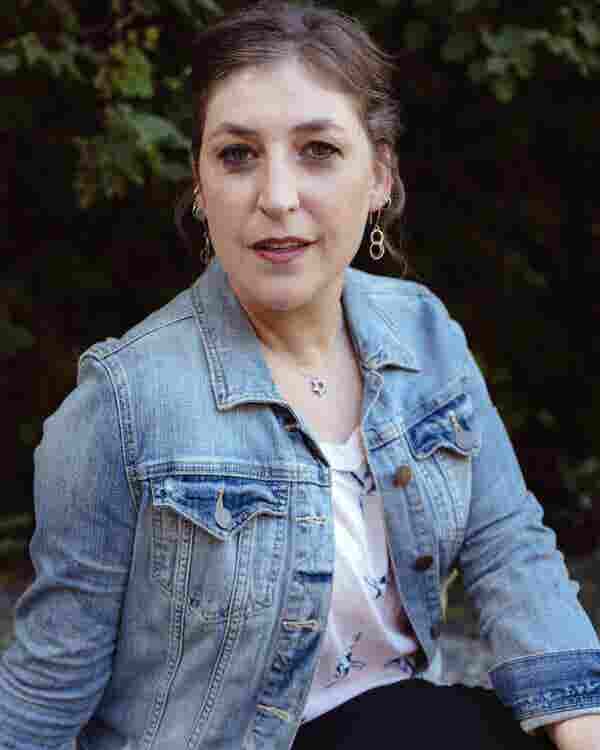 “I think a lot about ‘Jeopardy!’ just needs to be very neutral to pleasant,” said Mayim Bialik.Credit...Amanda Hakan for The New York Times

After the succession debacle at “Jeopardy!” turned one of television’s most respected game shows into a punchline on late-night talk shows and at the Emmy Awards, Mayim Bialik took over as a temporary host this season with a simple goal: not to draw too much attention to herself.

Her job, as she sees it, is to simply deliver the clues, and she has been favoring subdued colors like navy blue over the electric-pink she wore last season. “I didn’t want to be distracting — like, ‘Oh my gosh, there’s that lady!’” Bialik said in a recent interview. “I think a lot about ‘Jeopardy!’ just needs to be very neutral to pleasant.”

Neutral to pleasant: It’s a fitting phrase for “Jeopardy!,” a staid television staple. But the show’s efforts to find a successor to Alex Trebek, the beloved host who died last year, have hardly been either. In August it announced Mike Richards would get the post and that Bialik would lead prime time specials. Then the Richards appointment imploded over a series of offensive comments he had made on a podcast. Now Bialik has stepped in as an interim host, while making it clear that she would like the top job permanently.

Bialik has been temporarily hosting “Jeopardy!” but has made it clear that she is interested in the job permanently.Credit...Carol Kaelson/Jeopardy!, via Associated Press

But Bialik — a popular sitcom actor who blogged when blogging was popular, vlogged when vlogging was popular, and now has her own podcast — has long drawn attention, and controversy, with copious public statements of her own. Nearly a decade ago she wrote in a book of making an “informed decision not to vaccinate our children,” prompting her to clarify last year that they would get vaccinated against the coronavirus. She blogged about donating money to buy bulletproof vests for the Israel Defense Forces. She endorsed a “brain health supplement” earlier this year for a company that agreed to settle a class-action lawsuit accusing it of false advertising.

Scrutiny of her many past statements has now become the latest chapter in the saga that is the game show’s attempts to find a host who sticks.

“Right now we’ve got someone absolutely free of controversy, Mayim Bialik,” John Oliver joked on a recent episode of “Last Week Tonight,” going on to describe her as “a person I think is great because I don’t have Google.”

The show has not addressed the criticism publicly, and Bialik’s episodes have seen a slight ratings bump compared to the five episodes that Richards had taped before his departure (likely helped by the winning streak of the reigning contestant, Matt Amodio). Bialik — who hopes to become the first woman to permanently get the top job on “Jeopardy!”— joked in an interview that the public scrutiny could have been worse.

Mike Richards, who was initially announced as the successor to Alex Trebek, left the show because of offensive comments he had made on a podcast.Credit...Willy Sanjuan/Associated Press

“I credit me and my publicist, Heather, that like there really wasn’t a lot more,” Bialik laughed. “I’ve been talking for a long time.”

Bialik has been in the public eye for decades. She became the young star of a network sitcom, “Blossom” in 1990. Later, she spent years as a character on the “The Big Bang Theory.” But her freely-shared opinions have often attracted criticism.

“The notion of subtlety and nuance is something that’s been lacking from our culture for many, many years now,” she lamented in the interview.

The show recently announced that Bialik would continue as host through Nov. 5; after that she will split hosting duties with Ken Jennings, a former champion also seen as contender for the top job, until the end of the year. Part of the challenge for Bialik — and anyone in the running for the job — will be the comparison to Trebek, who started as host in 1984 and cultivated the image of an impeccably impartial omniscient narrator.

Bialik, who earned a Ph.D. in neuroscience, has a matter-of-fact way of speaking that suggests the kind of authoritative intelligence Trebek projected as host. Her acting experience — she is currently starring in a Fox sitcom called “Call Me Kat” — has accustomed her to the on-set demands of TV. Bialik called the “Jeopardy!” job a “combination of everything I’ve ever worked for.”

But her willingness to share her opinions publicly on everything from parenting to the conflict in the Middle East represents a striking departure from the studied neutrality of Trebek. In his end-of-life memoir, Trebek wrote that he held his opinions so close to his chest that he got letters from Republican viewers thinking he was Republican and Democratic viewers thinking he was a Democrat (he was an independent).

Googling Bialik’s name brings up expansive archives of written and recorded thoughts on subjects including her positions on shaving, the movie “Fifty Shades of Grey,” swearing, online dating, third-wave feminism, women’s sexuality, pop music, and a billboard featuring Ariana Grande in a revealing outfit. An essay she wrote in The New York Times in 2017, “Being a Feminist in Harvey Weinstein’s World,” in which she lamented the objectification of women in Hollywood and noted her personal choice to dress modestly, prompted criticism; Bialik later clarified that the only people responsible for assaults are “the predators who are committing those horrendous acts.”

She has shared myriad personal details, discussing her divorce, her struggles with aging and body image, and her approach to raising children. This year, she started a podcast about mental health, speaking openly about dealing with anxiety and an eating disorder.

She now appears on “Call Me Kat” on Fox.Credit...Lisa Rose/FOX

For several years, Bialik mostly disappeared from Hollywood. She earned a Ph.D., had two children and expected that she might spend the rest of her career teaching Hebrew and piano, until she began appearing in “The Big Bang Theory” in 2010. What was initially supposed to be a two-episode arc on the CBS sitcom turned into nine years and four Emmy nominations.

Bialik never ended up in academia, as she once imagined she would, but she often cites her doctorate in her books on parenting and adolescent development and her affiliations with groups or products. (“Neuriva is the brain supplement trusted by a real neuroscientist — me!” she says in an ad for the company, whose claims had previously been described in Psychology Today as “pseudoscience”).

Before her endorsement of Neuriva was announced, the company behind the product, Reckitt Benckiser, was sued in a class-action case in which plaintiffs claimed that there was no solid evidence that the supplement improved brain performance. The company, which denied wrongdoing, agreed to describe the product’s ingredients as “clinically tested” rather than “clinically proven.”

Bialik said she remains an endorser — she signed onto a term of commitment — and that she had consulted a panel of doctors about the supplement before signing on. “It is exactly what it states that it is: It’s a supplement that has components that absolutely are healthy for your brain,” she said. “I make no claims and haven’t made any claims that it cures anything.”

Bialik, who has courted controversy by weighing in on hot-button issues online, said “the notion of subtlety and nuance is something that’s been lacking from our culture for many, many years now.”Credit...Amanda Hakan for The New York Times

In her 2012 book on attachment parenting, “Beyond the Sling,” Bialik wrote that she and her husband at the time had decided not to vaccinate their sons; she later rejected the label “anti-vaccine.” In response to recent criticism, Bialik, who home schools her sons, said she wanted to “shout from the rooftops” about a video she had recorded last year which she claimed clarified her position.

In the video, she says she and her sons would be receiving the coronavirus and flu vaccines. “The truth is I delayed vaccinations for reasons that you don’t necessarily get to know about simply because you follow me on social media,” she said. Now, she said in the video, “my children may not have had every one of the vaccinations that your children have, but my children are vaccinated.” She then went on to add that she believes “we give way too many vaccines.”

During the interview, Bialik said that her superiors at “Jeopardy!” had not asked her to tone down her outspokenness as the current face of the show, but that it was something she had been thinking about.

Two topics Bialik has often weighed in on publicly are her devotion to Judaism and societal pressure on women’s appearances. But when asked her reaction to the departure of Richards — who had made a joke on his podcast centered on an antisemitic stereotype about the size of Jewish noses, along with demeaning comments about women’s bodies — she declined to share her opinion.

“I had a reaction, but I don’t really feel like it’s for public consumption,” she said. “It further potentially complicates any discussion about trying to return to a state of normalcy for ‘Jeopardy!’ And so I’m kind of respectfully choosing not to talk about it.”